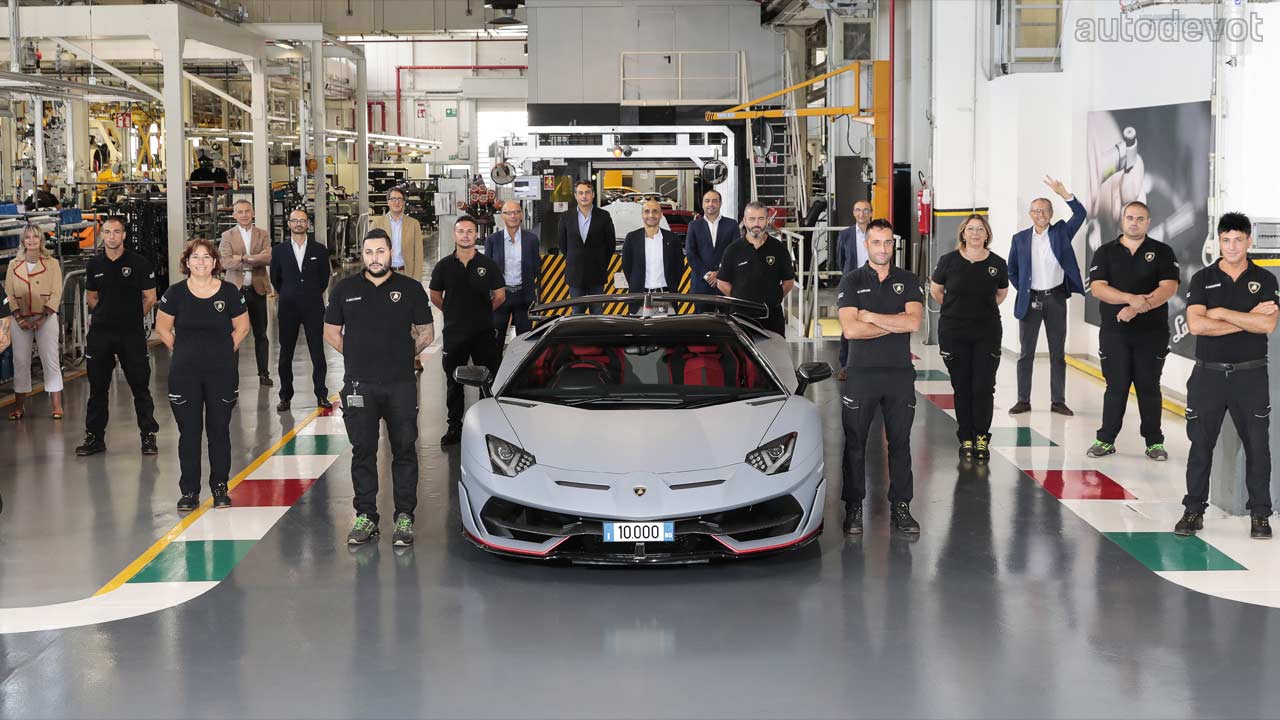 The Lamborghini Aventador might be almost a decade old now, but it still manages to look like it came from M87 or something. Over the years, there have been variations and derivatives of it with the last one being the SVJ 63 Roadster — unveiled at the Monterey Car Week last year. In fact, the last variation, or should we say last “special edition”, was the SVJ Xago Edition — a roadster — to celebrate a new Ad Personam facility.

Anyway, the 10,000th Aventador is an SVJ Roadster, finished in Grigio Acheso (grey) with Rosso Mimir (red) accents. The cockpit is finished in Rosso Alala (red) and black. As mentioned, the car is destined for Thailand.

10,000 units seem like an insane number for such a car, but it is such a car that that number shouldn’t really surprise anymore.