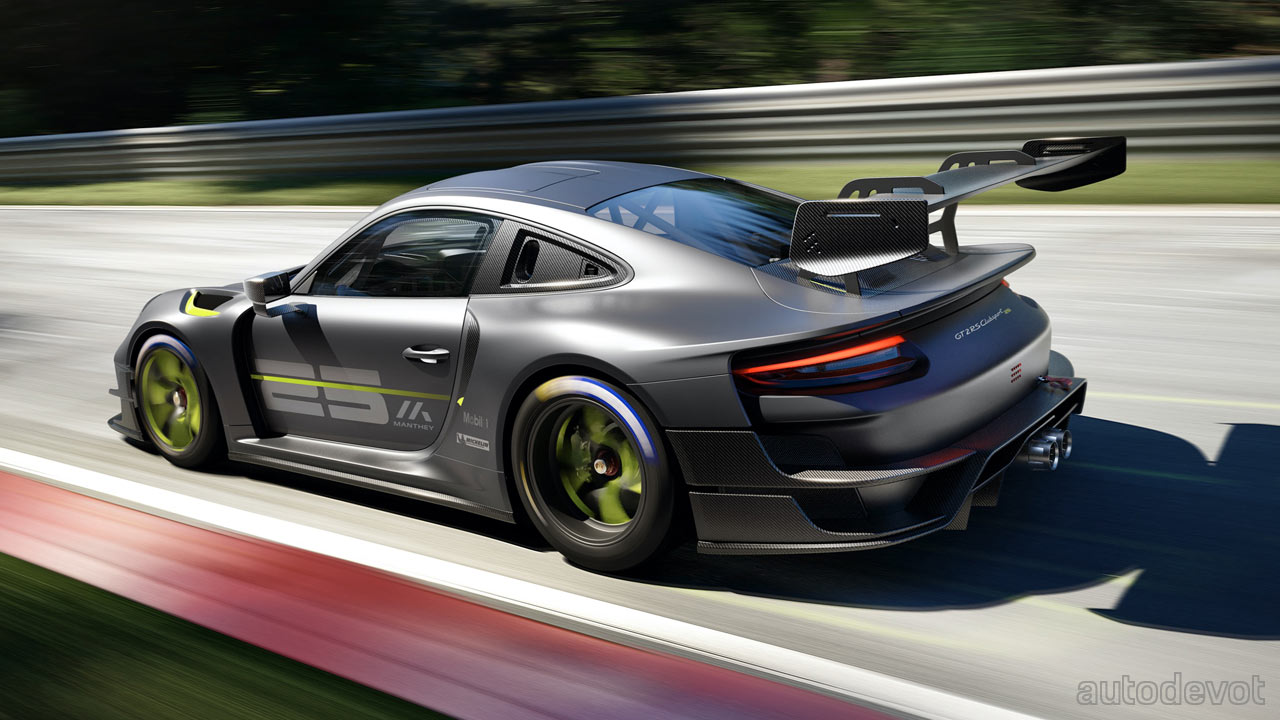 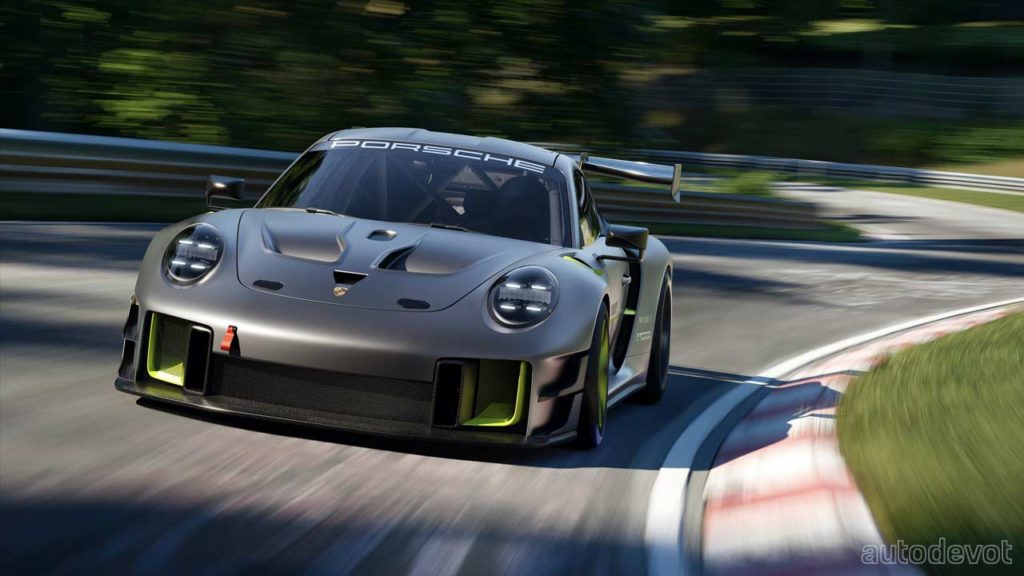 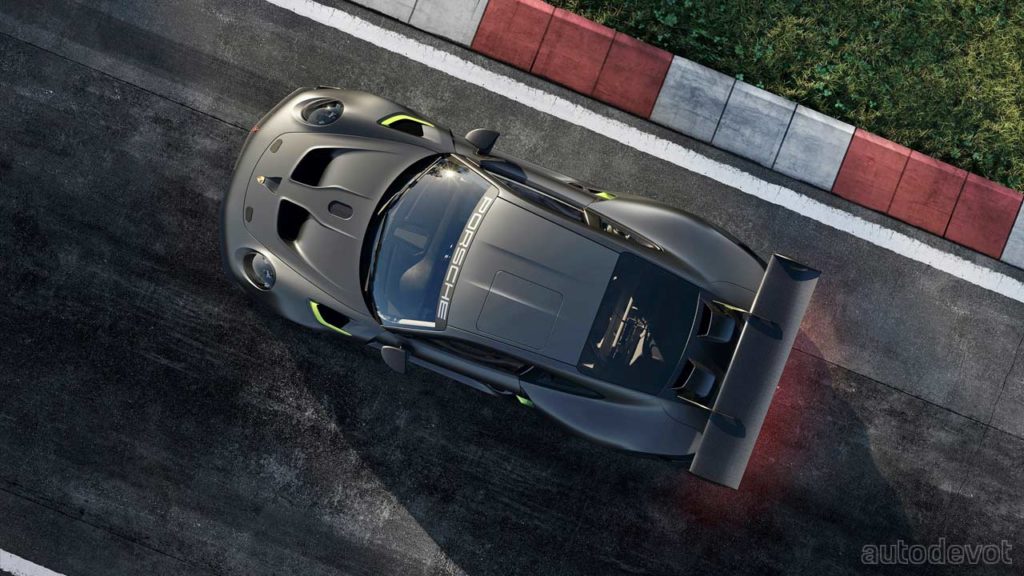 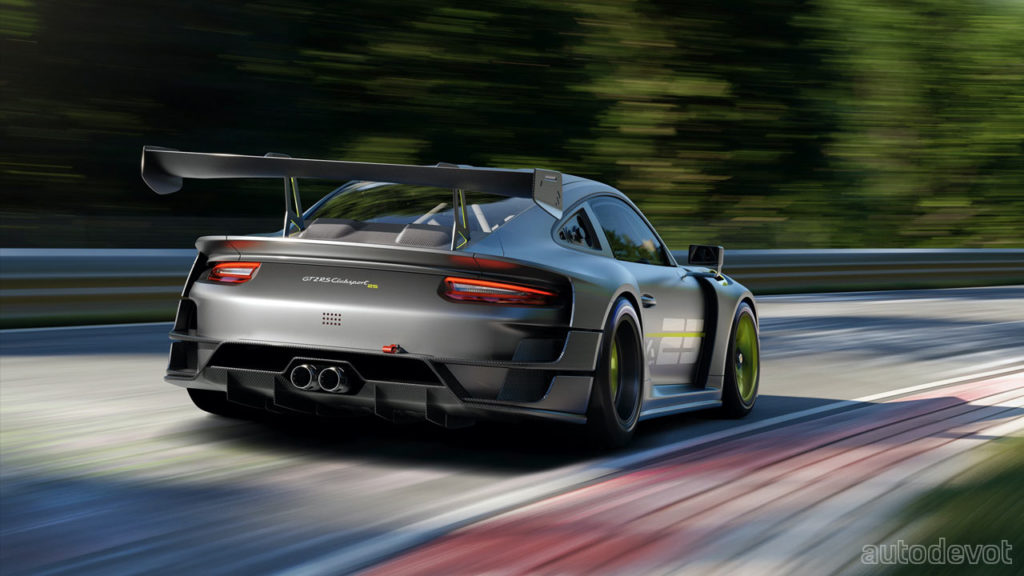 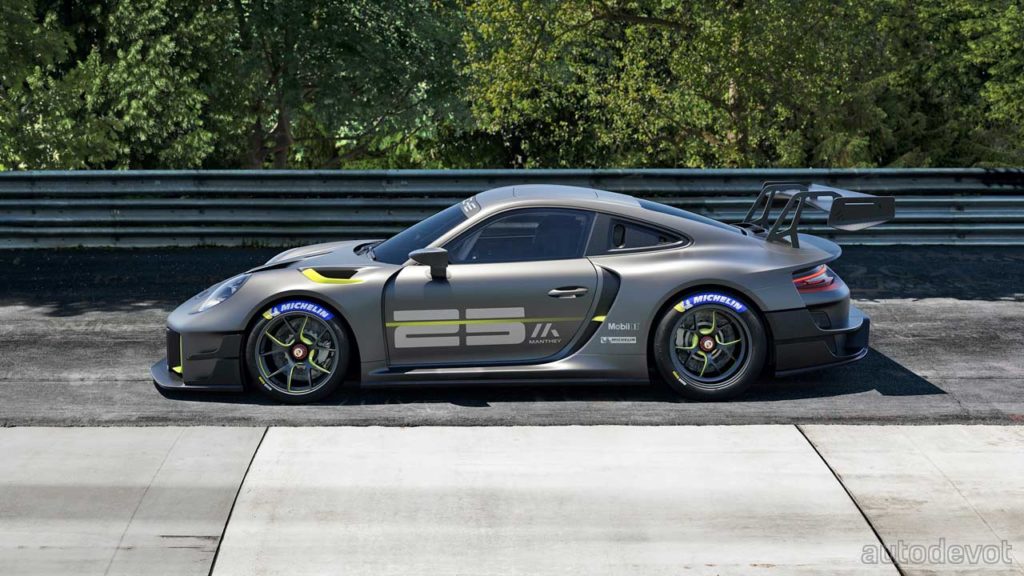 Since this is a Porsche and Manthey collaboration, the Clubsport 25 borrows styling and aerodynamic elements from two cars. Those greenish-yellow accents, for instance, come from Manthey’s 911 GT3 R—also known as “Grello” due to its distinctive green and yellow livery. The double flics on the front bumper were also inspired by those on the Grello. And the rear-end styling with a wide spoiler should remind you of the 935. Although the 935 had a gigantic rear wing, it wasn’t held by fancy swan-neck brackets, but this one is, thanks to the inspiration from the new 911 GT3.

The design of the 911 GT2 RS Clubsport 25 expresses the long-standing collaboration between Porsche Motorsport and Manthey. It amalgamates the respective strengths of each partner into one racing car, and at the same time bridges the gap between the 991 and 992 model generations of the 911. — Grant Larson, Style Porsche design team

Centrally-positioned radiator; a redesigned carbon fibre front lid with two large vents and a centrally-positioned NACA duct; 18-inch rims with central locking; and significantly wider tracks compared to the 911 GT2 RS Clubsport are some of the other key highlights. Some of the suspension components also come from the aforementioned 935. 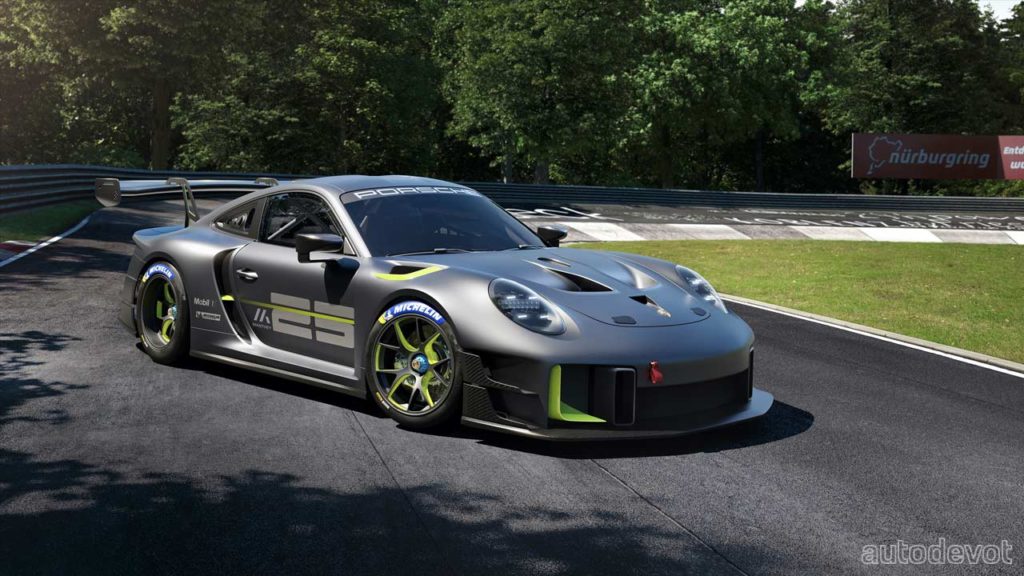 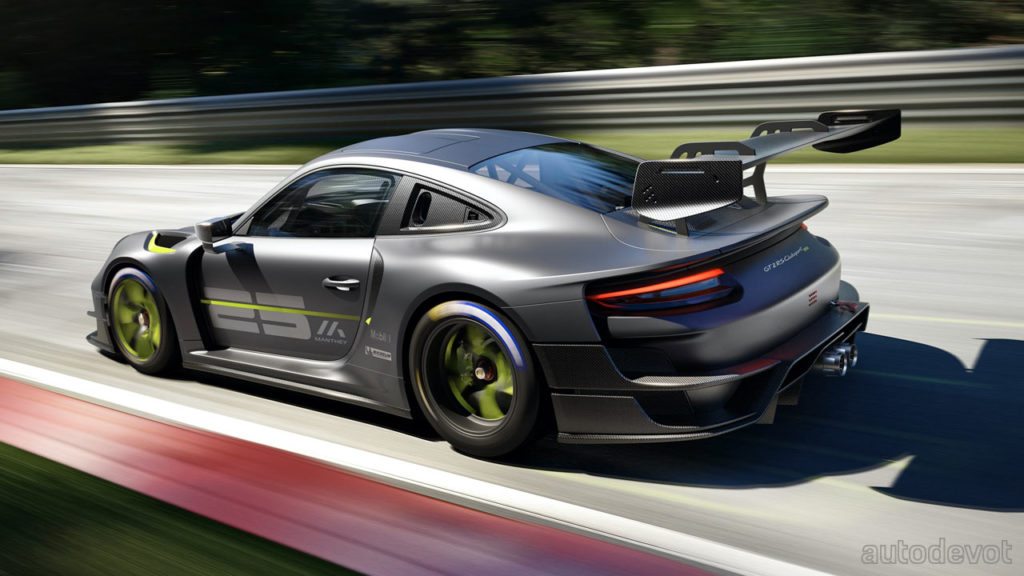 Porsche Motorsport and Manthey have won many races and championships since the team was founded 25 years ago, including seven times the 24 hours at the Nürburging. The two companies have been closely affiliated since 2013. With the unique special edition 911 GT2 RS Clubsport 25, this successful partnership has moved to the next level. — Matthias Scholz, Director GT Racing Cars

Price? €525,000 plus country-specific taxes. Orders can be placed only via email to 911GT2RSClubsport25@porsche.de. Deliveries are expected to commence in January 2022.