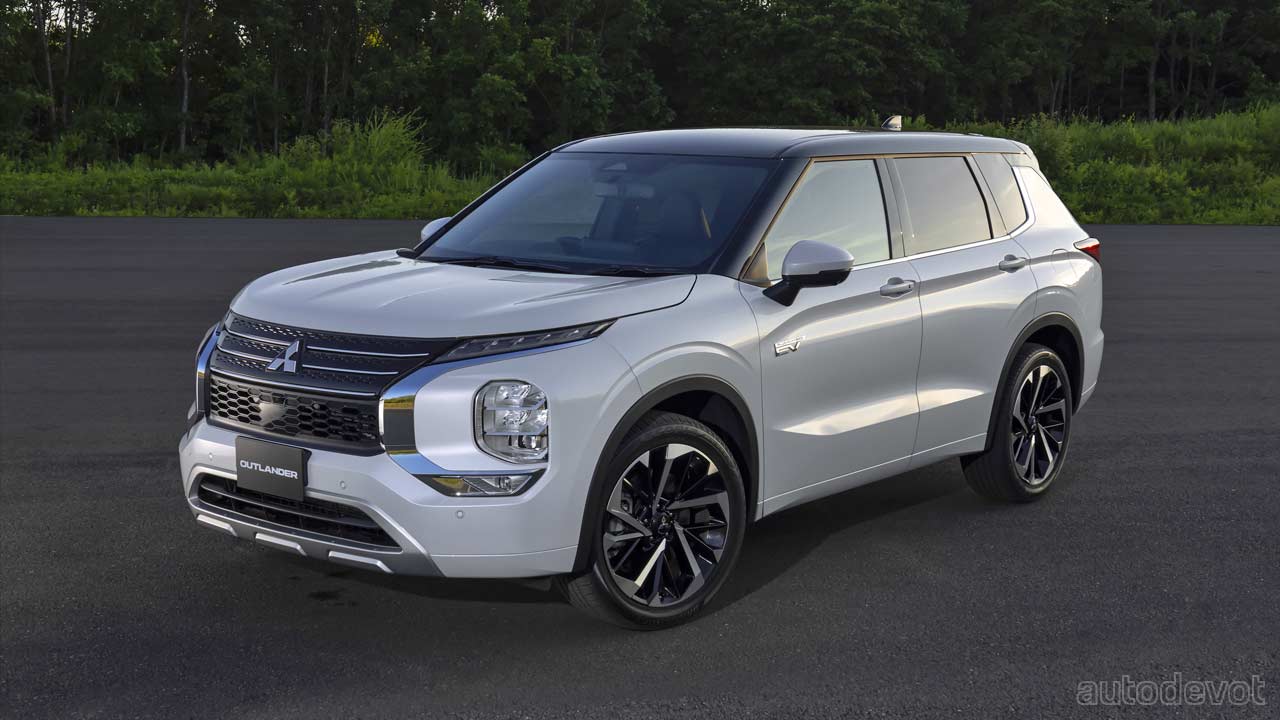 It appears that Mitsubishi is not done with the 2022 Outlander PHEV reveal foreplay. After showcasing its exterior styling a couple of weeks ago, we thought that the next time it’s gonna be a full reveal. But that isn’t the case since again, we only have incomplete information. But anyway, the 2022 Outlander PHEV is scheduled to go on sale in Japan on December 16, 2021, followed by Australia and New Zealand in the first half of 2022 and North America in the second half of 2022.

Mitsubishi didn’t disclose anything about the combustion engine, which means it’s probably safe to assume that the same 2.4-litre Atkinson cycle petrol engine is being carried over.

Another highlight of the 2022 Outlander PHEV is the Super-All Wheel Control (S-AWC)—vehicle dynamics control system—features a new brake Active Yaw Control (AYC) function for the rear wheels. This allows the system to distribute the driving force to the front and rear wheels optimally according to road and driving conditions, while torque vectoring by braking is also possible on both axles.