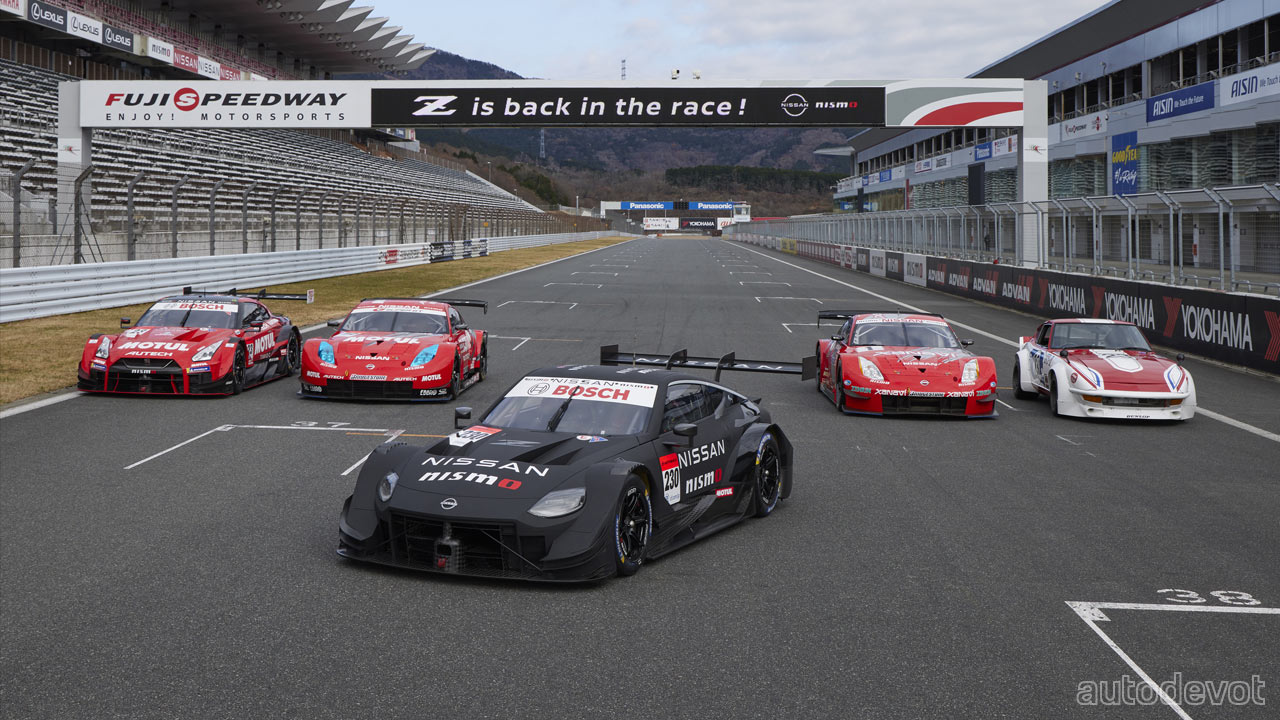 Nissan and its motorsport division NISMO unveiled a racing version of the 2023 Z, which will participate in the Super GT Series’ 2022 season. The Z GT500 will replace the long-running GT-R—which has won championships in the GT500 class five times. Indeed, the new racer has big shoes to fill. 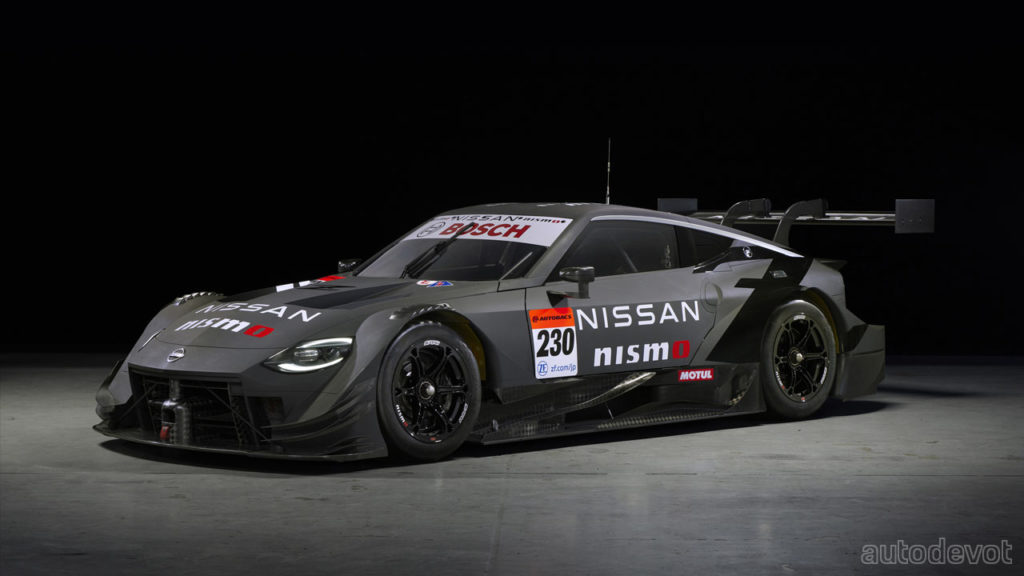 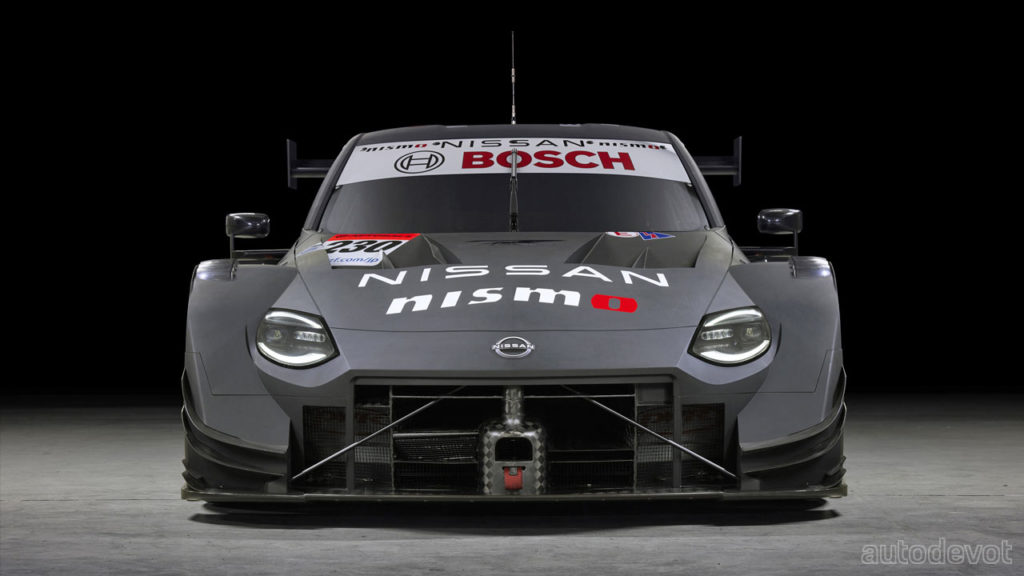 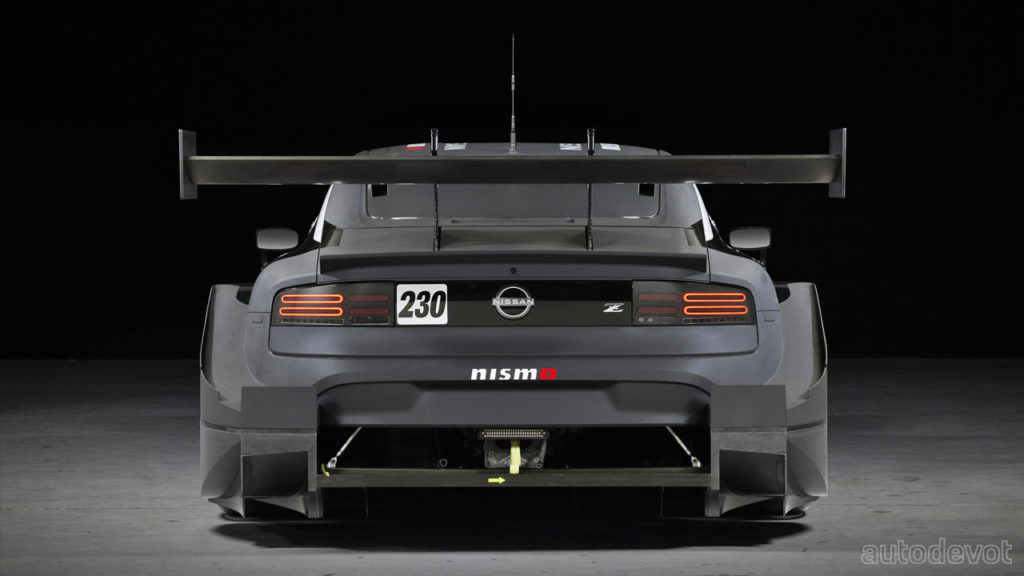 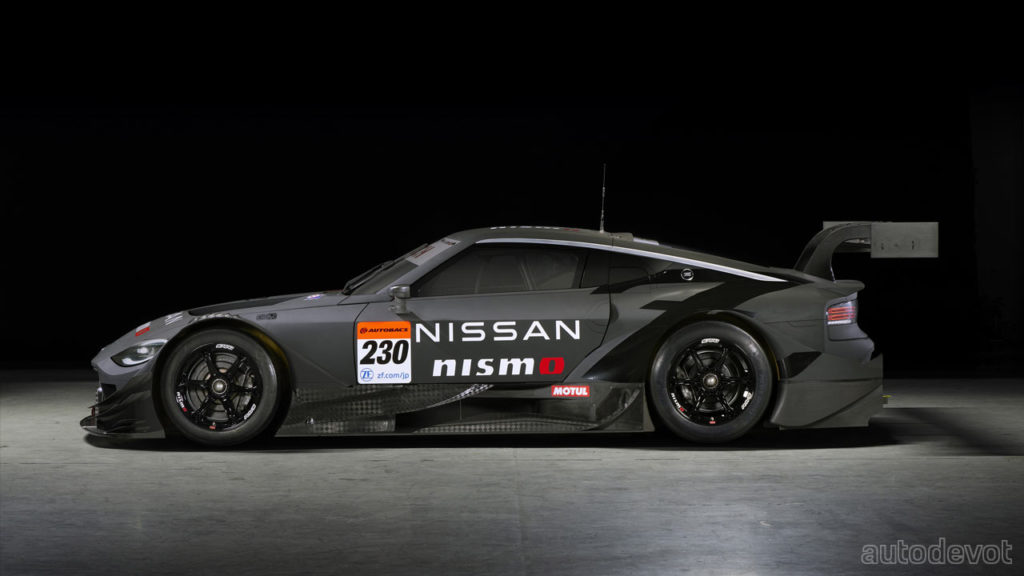 Visually, if the Z road car looks like an innocent Labrador puppy, the Z GT500 looks like a Tibetan Mastiff. The oversized wheel arch extensions, the front spoiler, canards, rocker panels, the rear wing, and of course, the rear diffuser, all lend the new Z racer super aggressive looks. The dark paint finish adds to the drama. 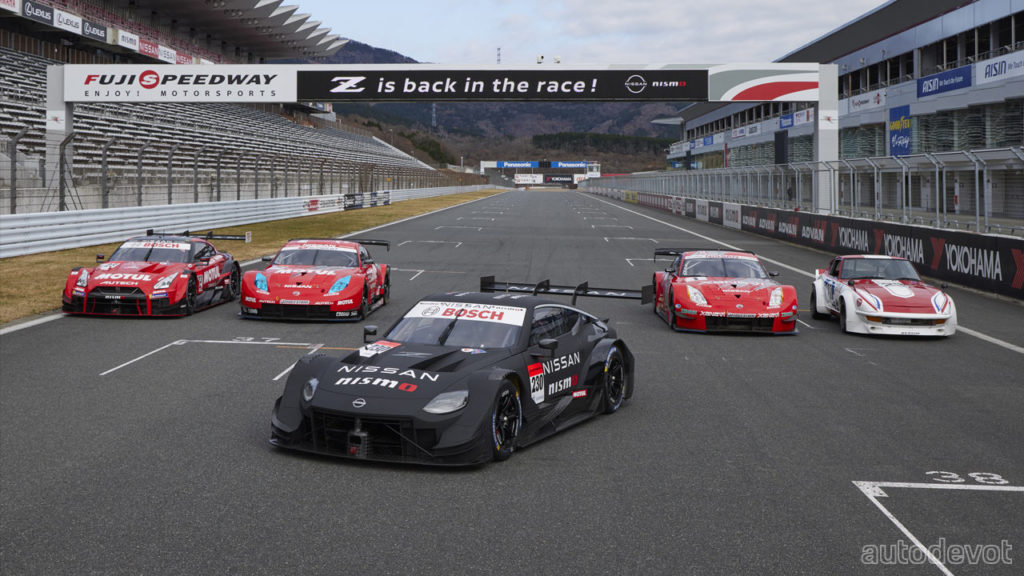 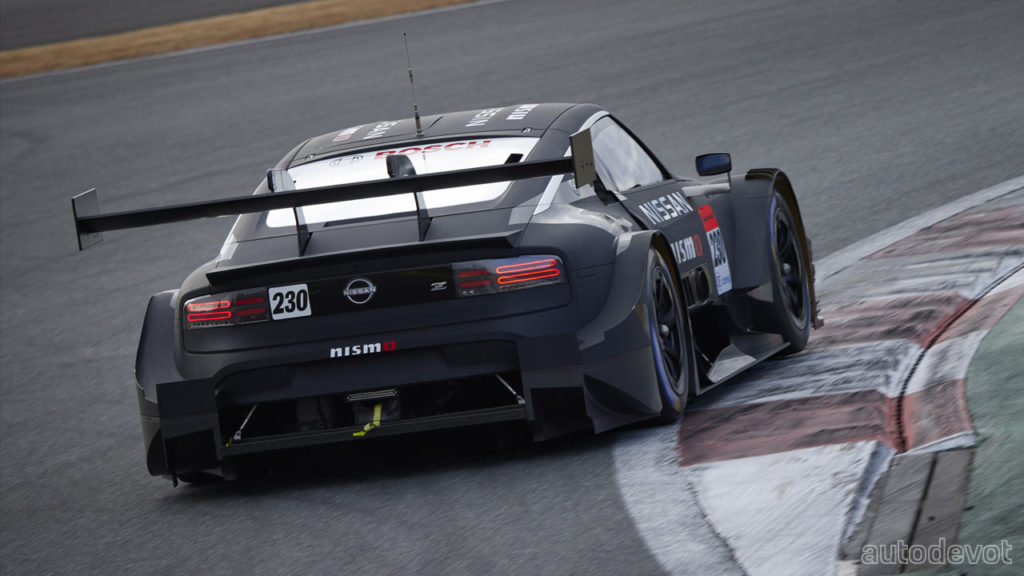 As per the series’ regulations, the Z GT500 must pack a 2.0-litre 4-cylinder single-turbocharged engine with output restricted to about 485 kW (660 metric hp).