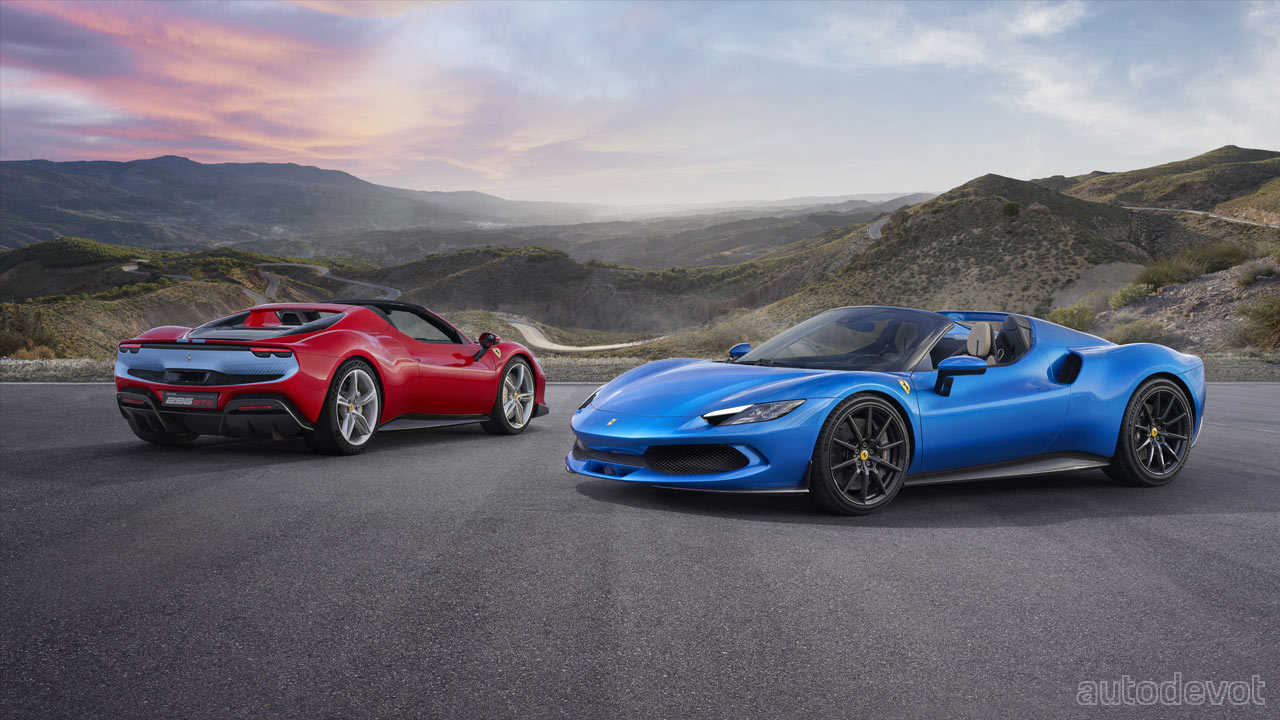 The Ferrari 296 GTB, which debuted last year as the marque’s first V6-powered car after a long time, has now got a spider sibling with a retractable hardtop. And as with the Berlinetta, there’s also the track-focused Assetto Fiorano package. 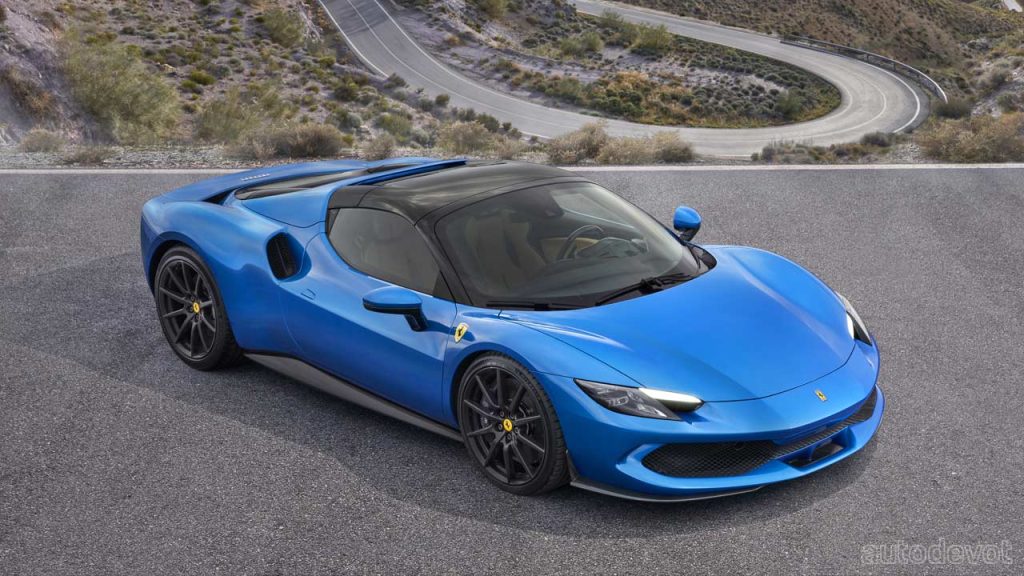 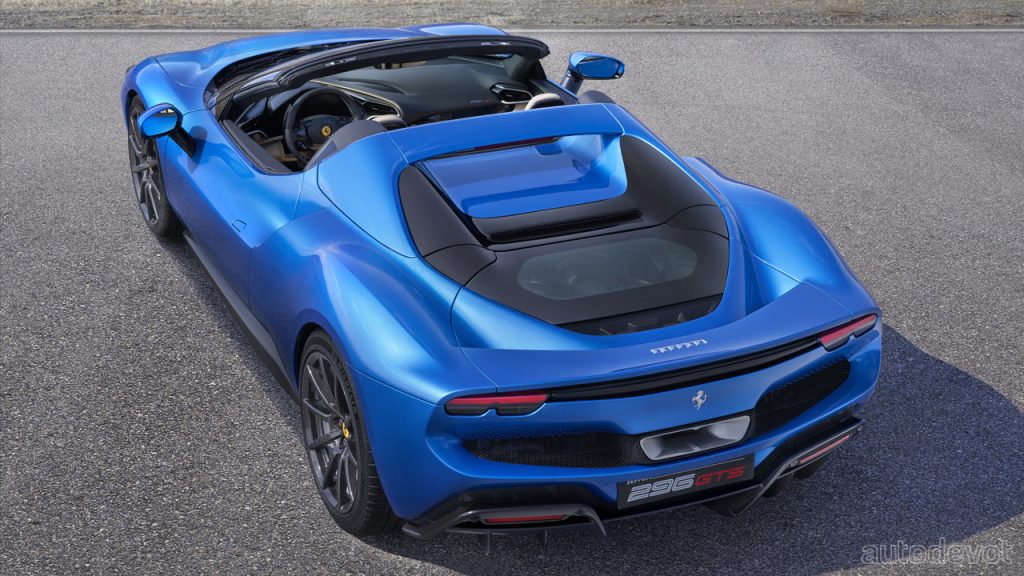 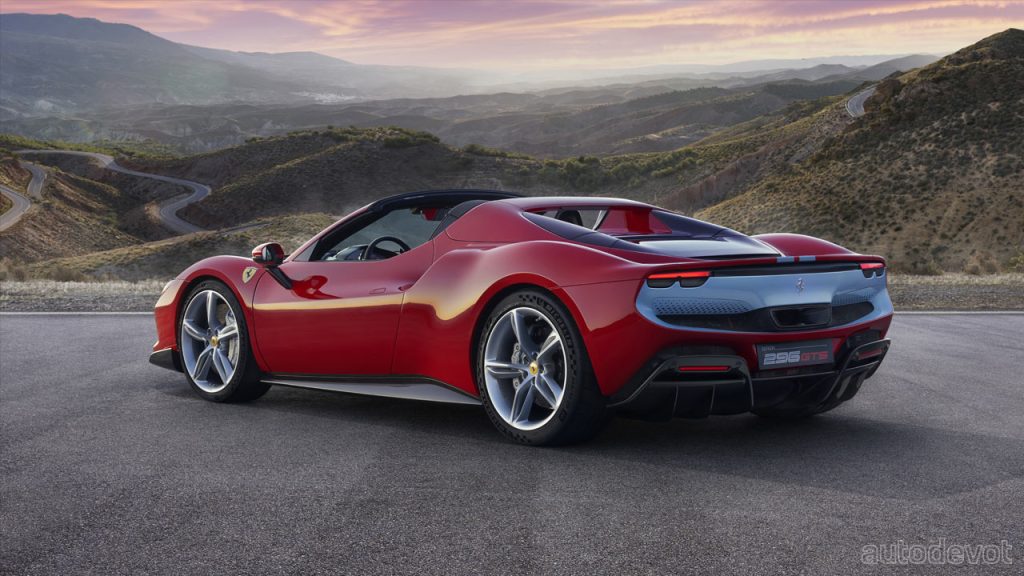 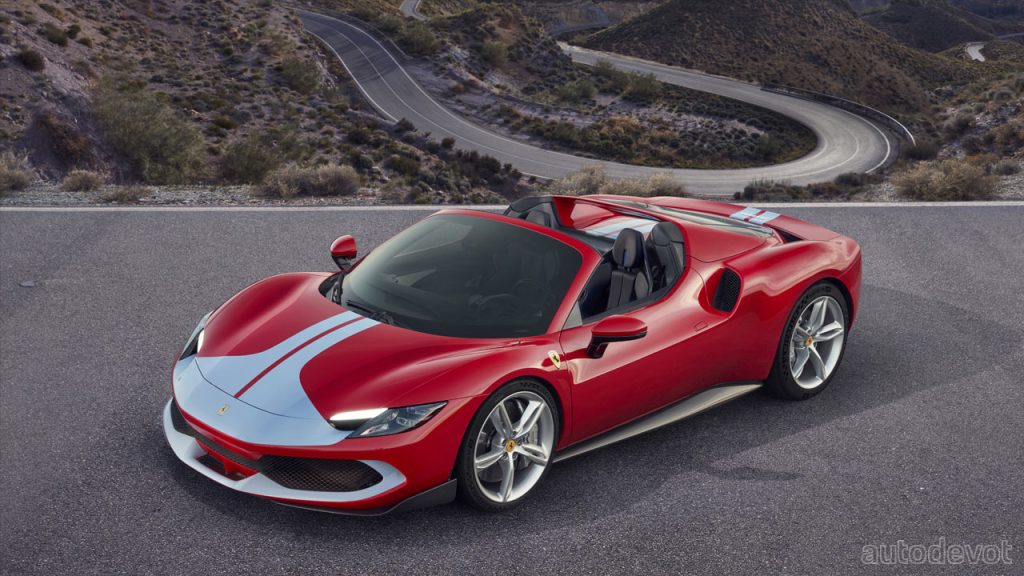 The RHT takes about 14 seconds to retract or deploy and can be operated at speeds of up to 45 km/h (28 mph). It’s pretty amazing how the engineers have managed to keep the 296 GTS silhouette very similar to that of the 296 GTB. The separation line between the car’s body and the roof is above the B-pillar, and as a result, the roof splits into two sections that fold flush just at the front of the engine, thus maintaining the engine bay’s thermal dissipation and the balance of the overall design. 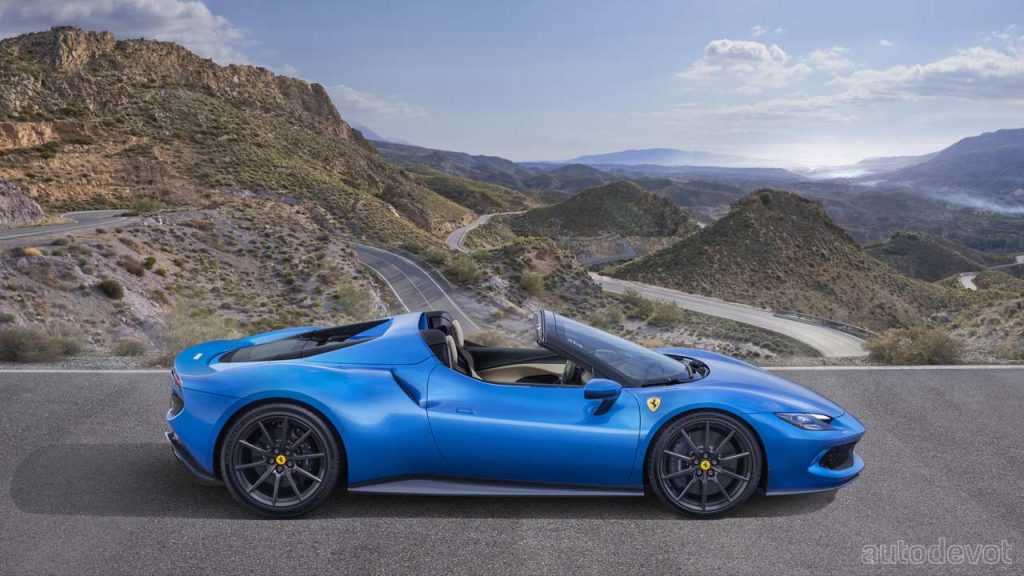 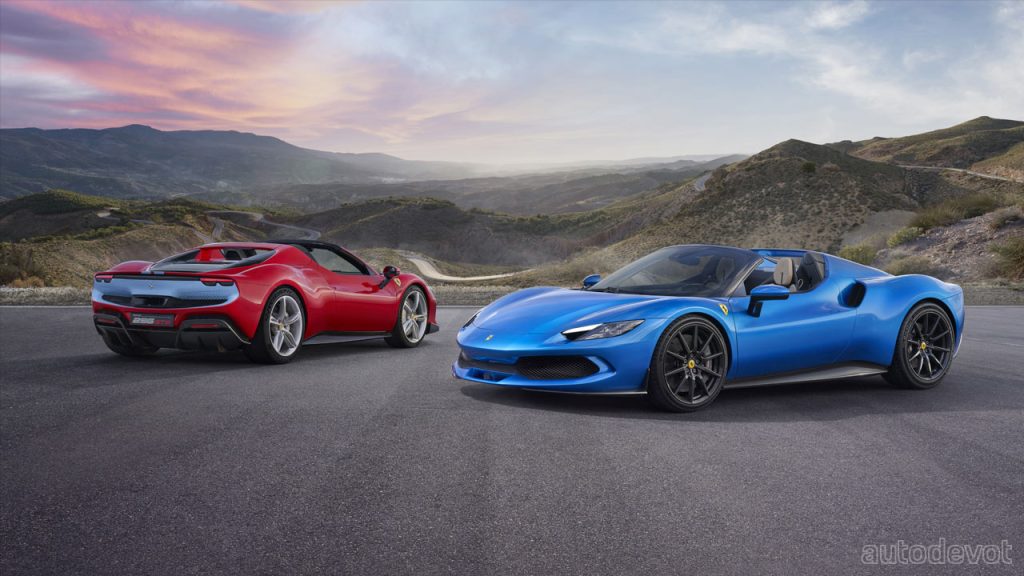 And most likely due to the hardtop mechanism and additional safety bracings, the 296 GTS with the optional lightweight content weighs 1,540 kg (3,395 lbs) dry, which is 70 kg (154 lbs) more than the 296 GTB. Has it affected the performance figures? Well, on paper, not really. 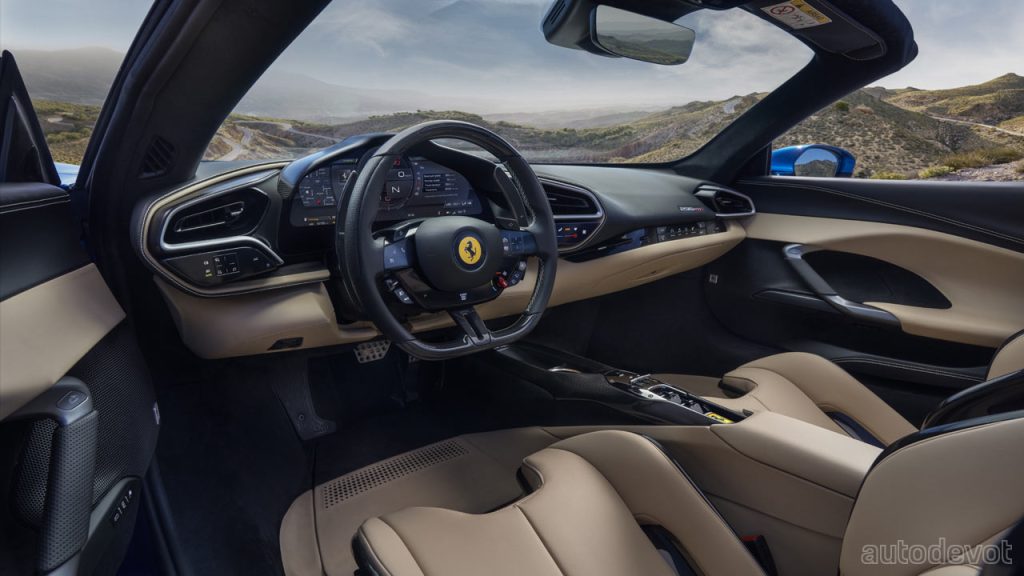 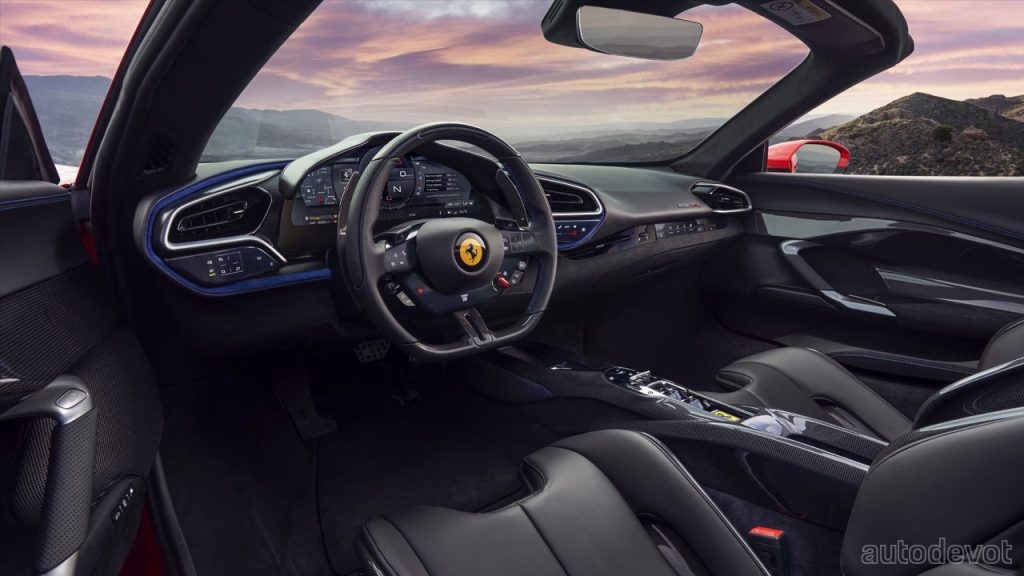 The plug-in hybrid powertrain comprising a 2.9L V6 twin-turbo and an electric motor (MGU-K) integrated between the engine and the gearbox offers the same 610 kW (830 metric hp) and 740 Nm (553 lb-ft) of combined figures. A clutch is set between the ICE and the electric motor to decouple them in electric-only eDrive mode—which offers a pure electric range of up to 25 km (16 mi).