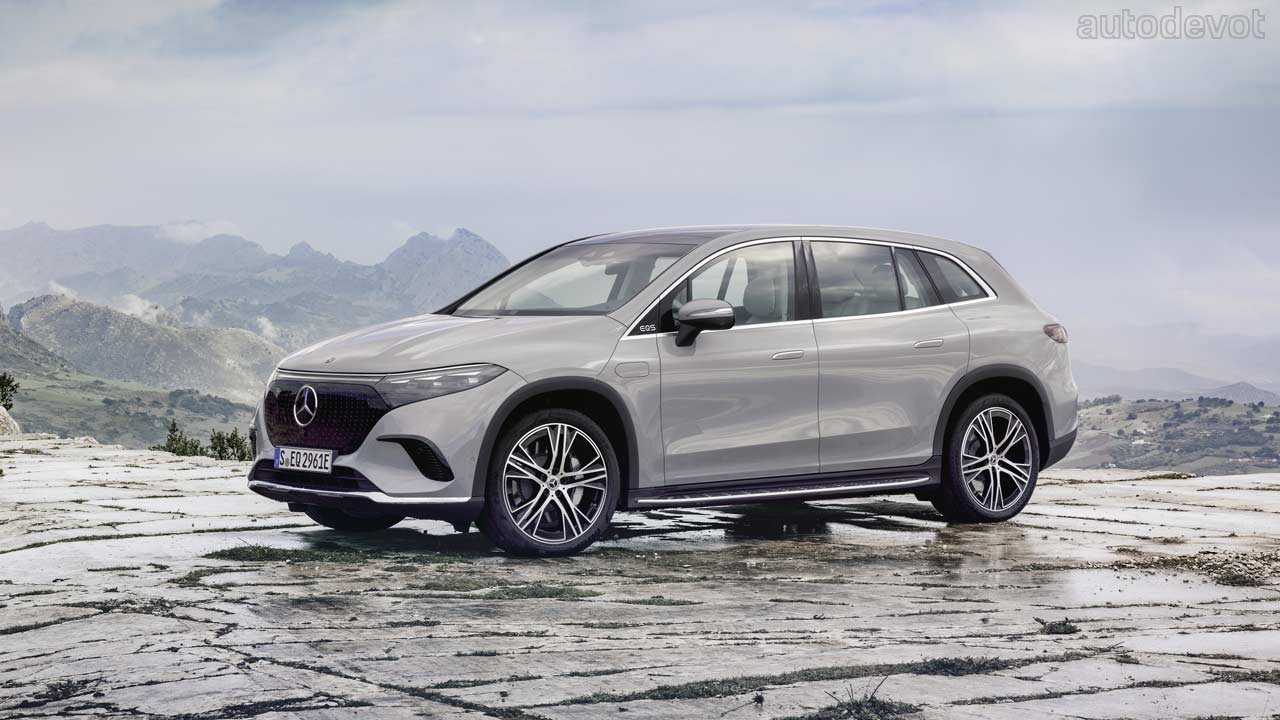 Following the official reveal of the interior a month ago, Mercedes-Benz has now fully revealed the EQS SUV. Pricing is yet to be announced, but the crossover has been listed on Mercedes’ official European websites. There’ll be three variants at launch: EQS 450+ (RWD), EQS 450 4Matic and EQS 580 4Matic. Will go over the technical details of these variants in just a minute or two, but let’s talk a li’l bit about its styling. 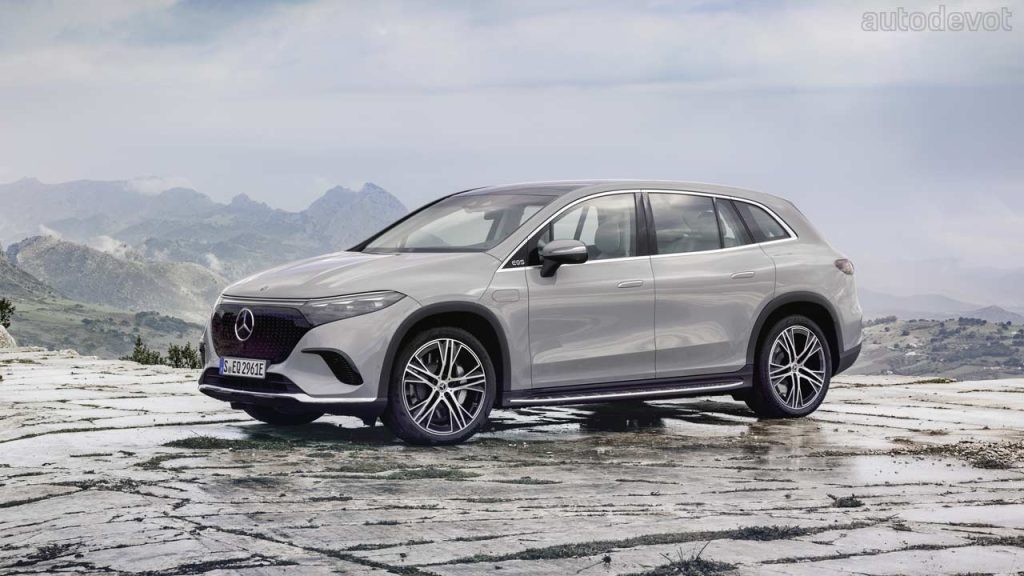 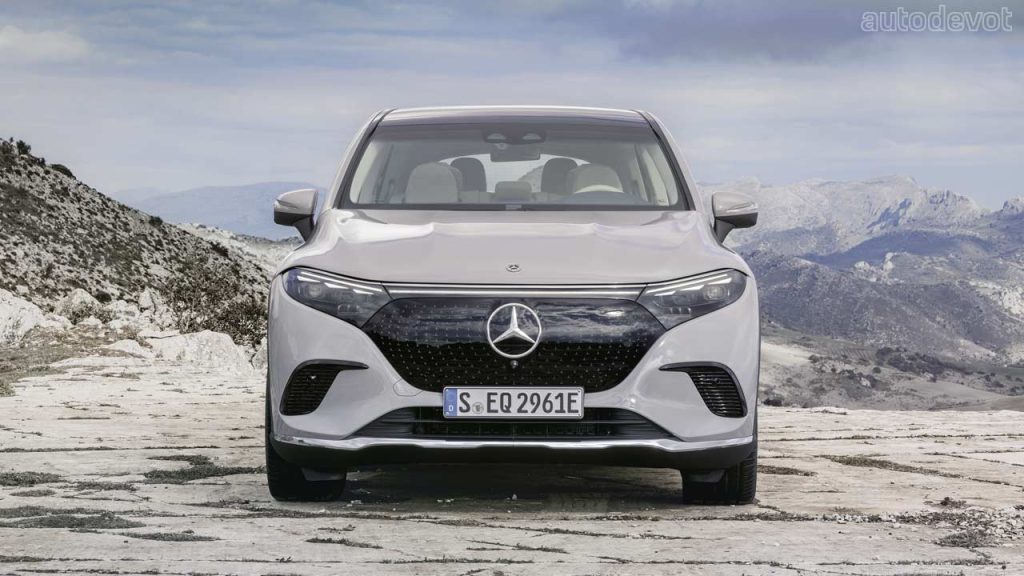 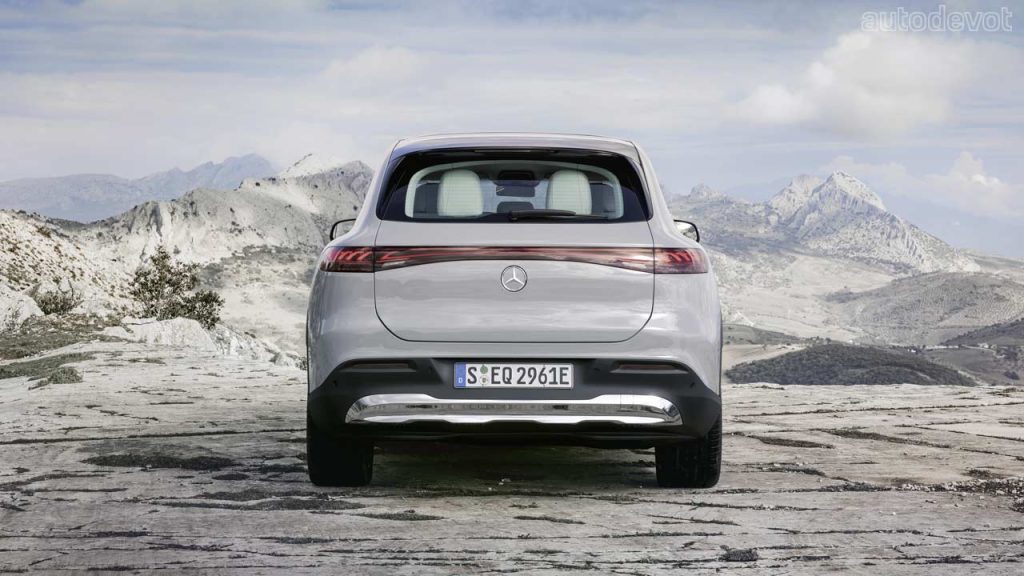 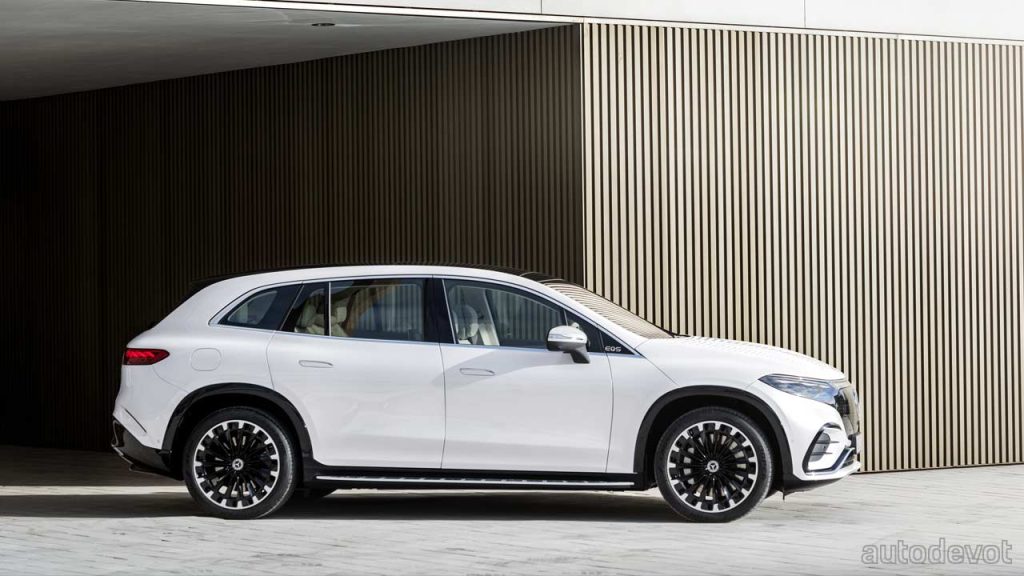 Speaking of which, there’s nothing particularly special or interesting about the way it looks; the styling looks very EQ-typical at this point. Personally, I think it just looks like an aerodynamic blob. But anyway, it is more or less the same size as its sedan sibling with an identical wheelbase. It measures 5125 mm long, 1959 mm wide and 1718 mm tall, with a wheelbase of 3210 mm.

Exterior features include LED headlights, LED taillights in a 3D helix design, and flush door handles. Digital Light with a light band and a panoramic sunroof can be found in the options list. The wheels are aerodynamically optimized and the sizes range from 20- to 22-inches. The Airmatic air suspension with continuously adjustable damping ADS+ is standard, and so is the rear-axle steering with a steering angle of up to 4.5 degrees. In OffRoad driving mode, the ride height is raised by 25 mm, and at speeds above 80 km/h (50 mph), the vehicle lowers back to the normal level. The chassis setup comprises a four-link axle at the front and an independent multi-link at the rear. 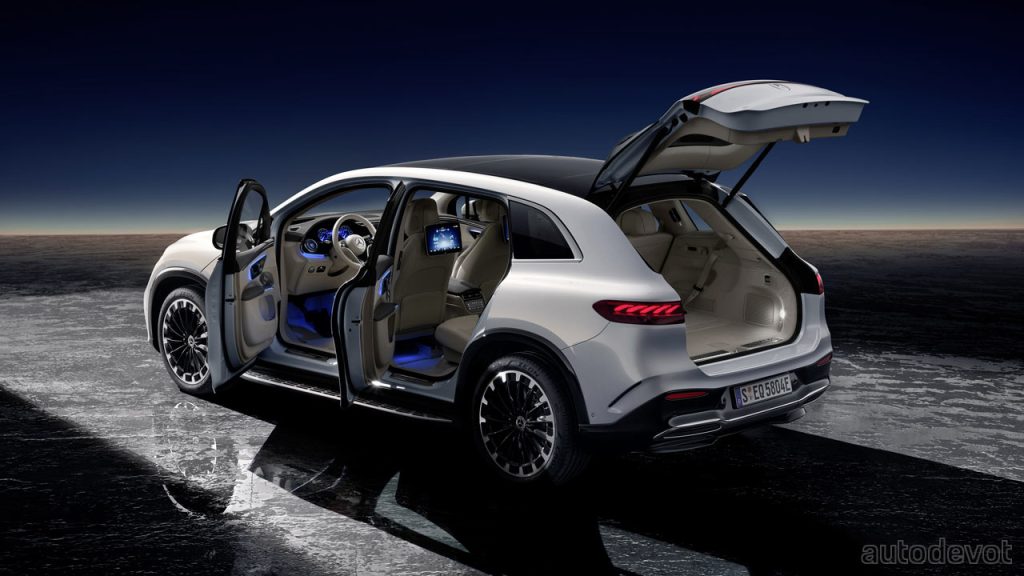 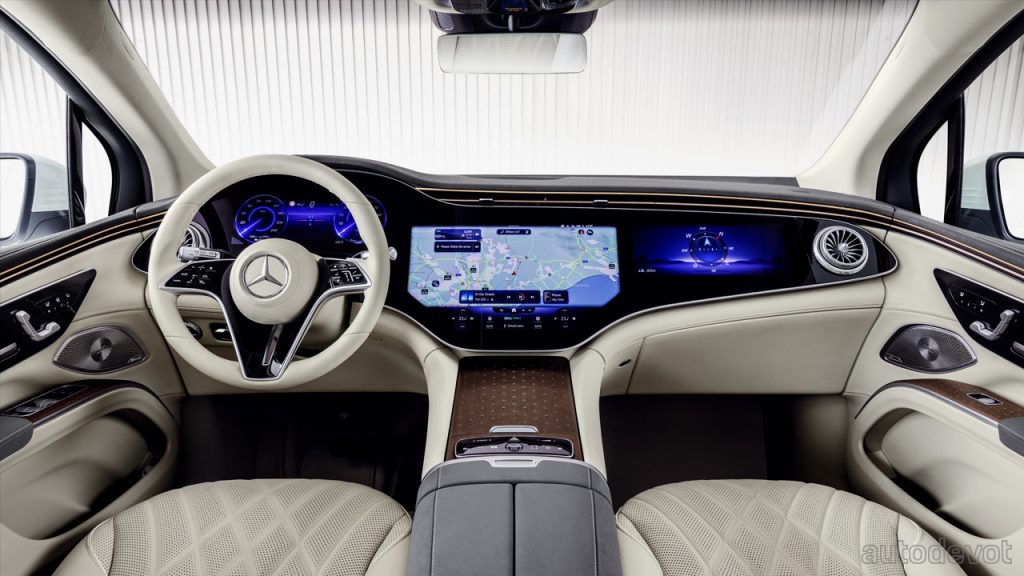 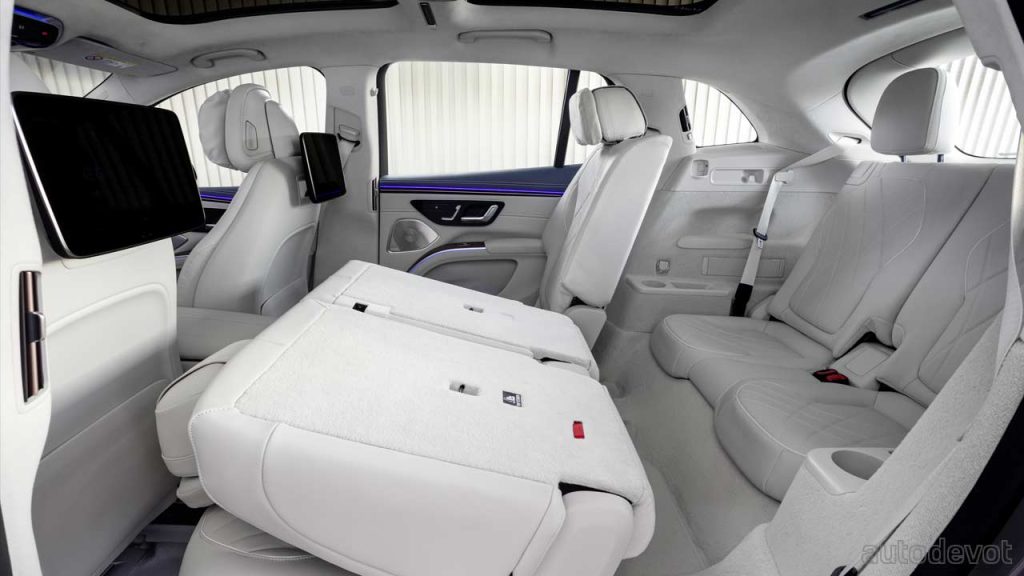 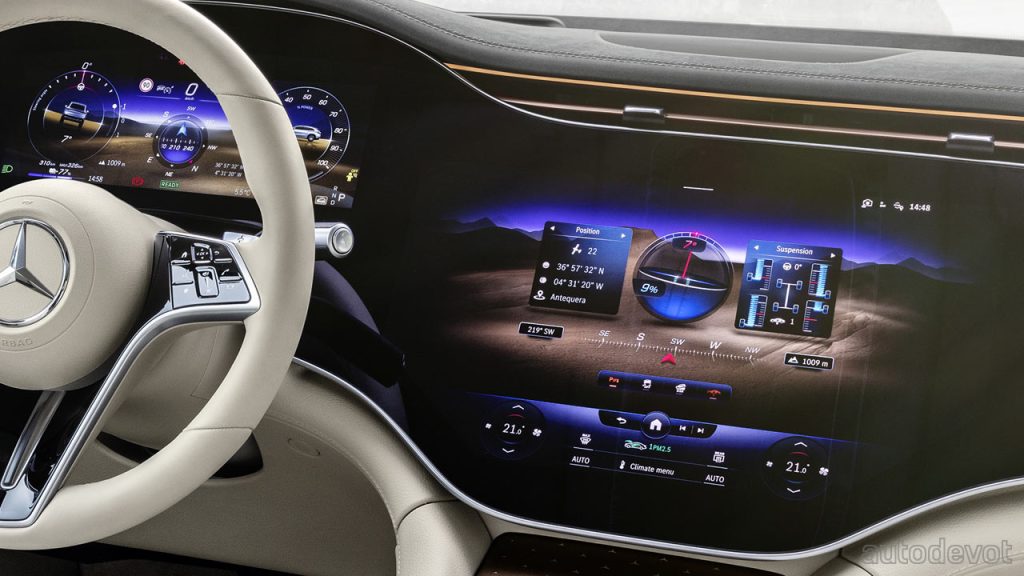 As mentioned, the interior was fully revealed a month ago, showcasing the MBUX Hyperscreen—which is a combo of a 12.3-inch driver display, a 17.7-inch central touchscreen and a 12.3-inch front passenger display; the latter two are OLEDs.

The EQS SUV comes with two rows as standard, while the third row of seats is available as an option. One of the key features the EQS SUV boasts inside is the Energizing Air Control Plus, which is claimed to not only capture viruses and bacteria but also reduce fine particles as well as sulphur dioxide, nitrogen oxides and unpleasant odors. Also, since it’s gonna be a silent ride, the EQS SUV offers Energizing Nature programmes that can be activated, such as Forest Glade, Sounds of the Sea, and Summer Rain. 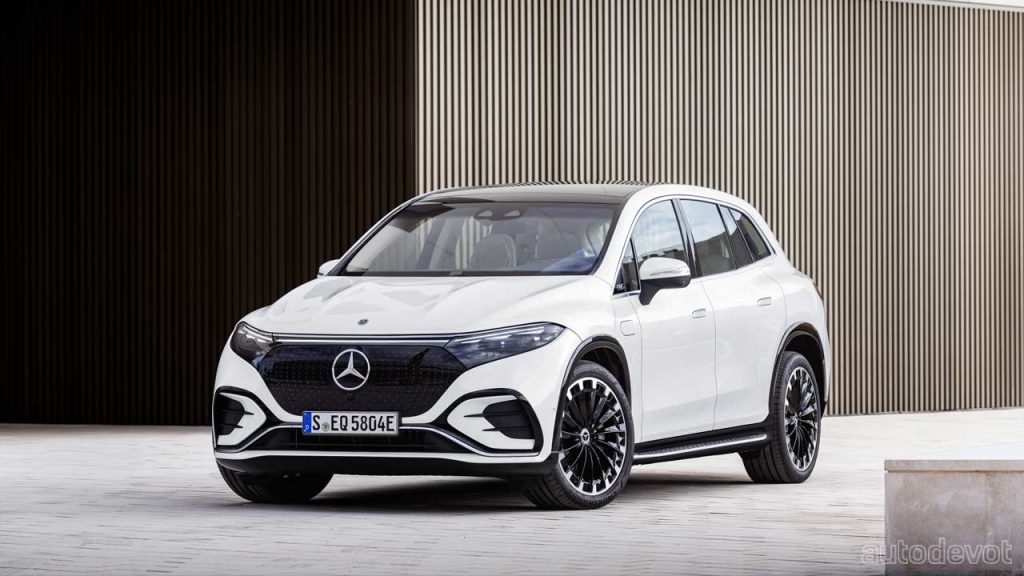 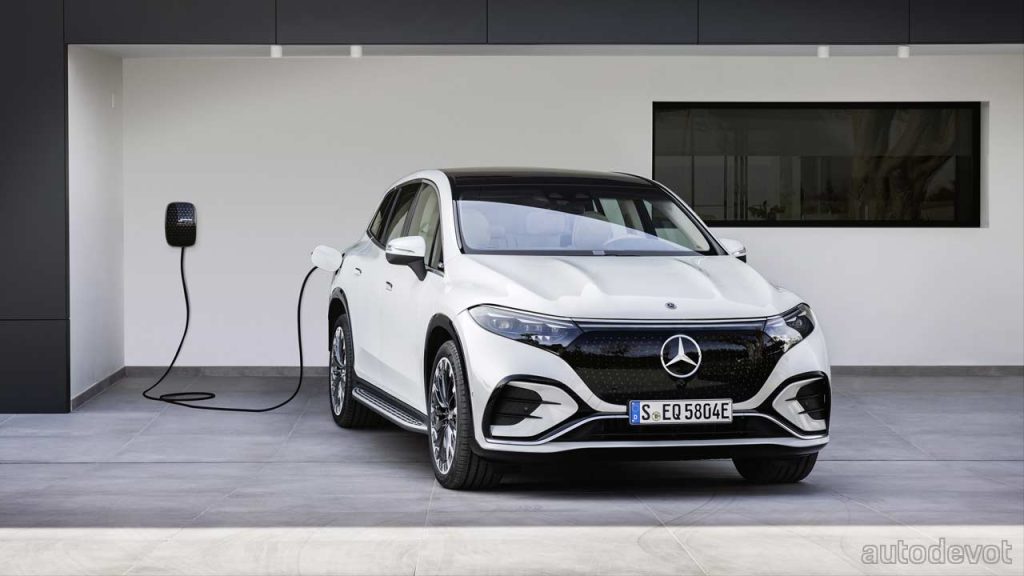 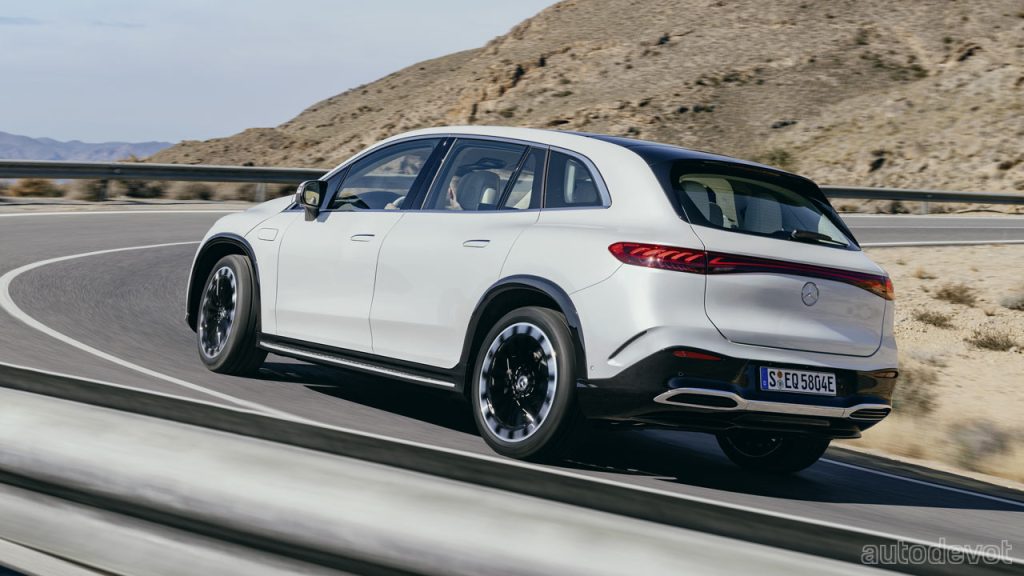 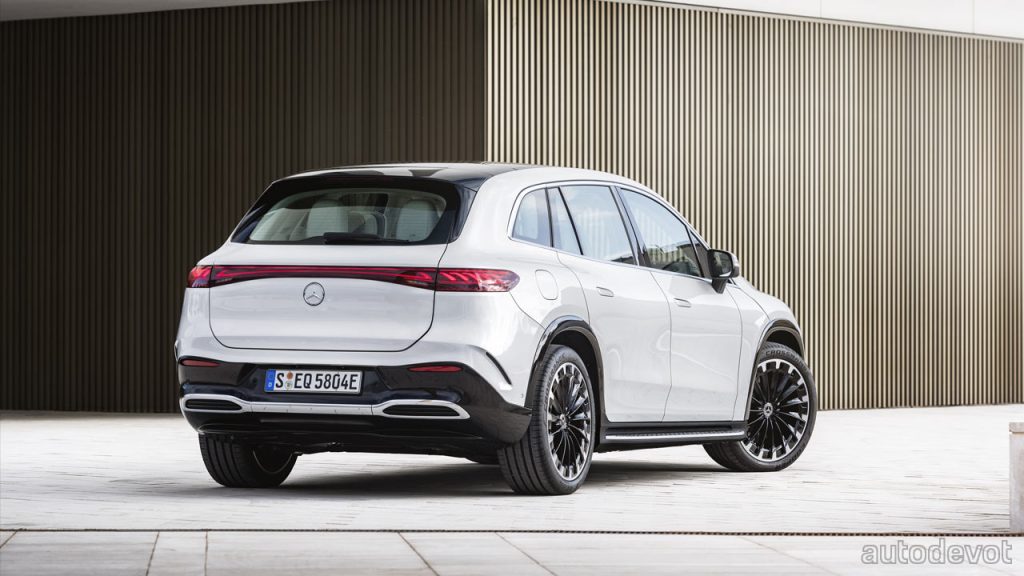