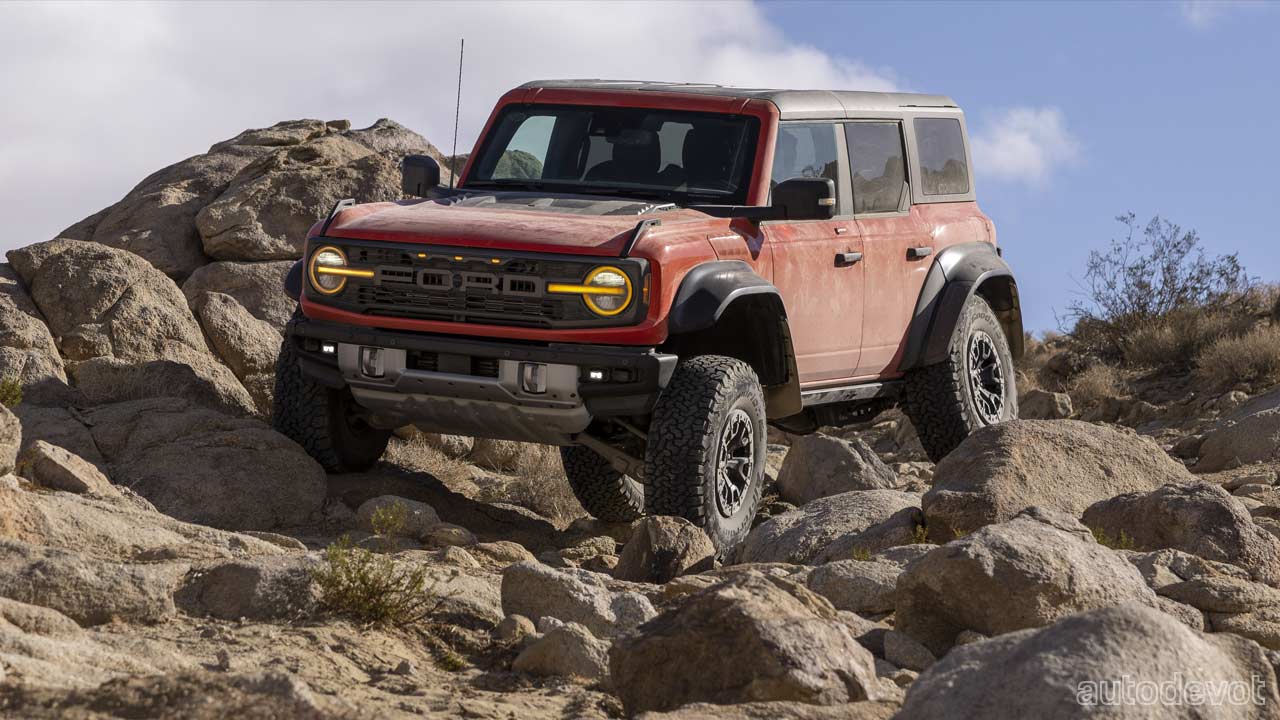 The 2022 Ford Bronco Raptor—which debuted earlier this year as “the most powerful street-legal Bronco ever”, ironically didn’t share the official power and torque figures. Instead, we were simply told that the Bronco Raptor is gonna pack more than 400 bhp. It’s been 4 months and Ford’s official website still doesn’t mention those figures. However, Ford CEO Jim Farley has now shared the secret via Twitter:

Congrats to the @FordPerformance team for taking #BuiltWild to a new level! pic.twitter.com/l46WV8zjqF

According to Mr. Farley, the Bronco Raptor packs 312 kW (418 bhp/424 metric hp) and 597 Nm (440 lb-ft) of torque. The target was 400 bhp. In case you missed the story last time, the 3.0-litre EcoBoost V6 petrol engine is paired with a 10-speed automatic transmission and a two-speed transfer case. Read more here. The Bronco Raptor is available only in a 4-door variant; base MSRP in America starts at $68,500.