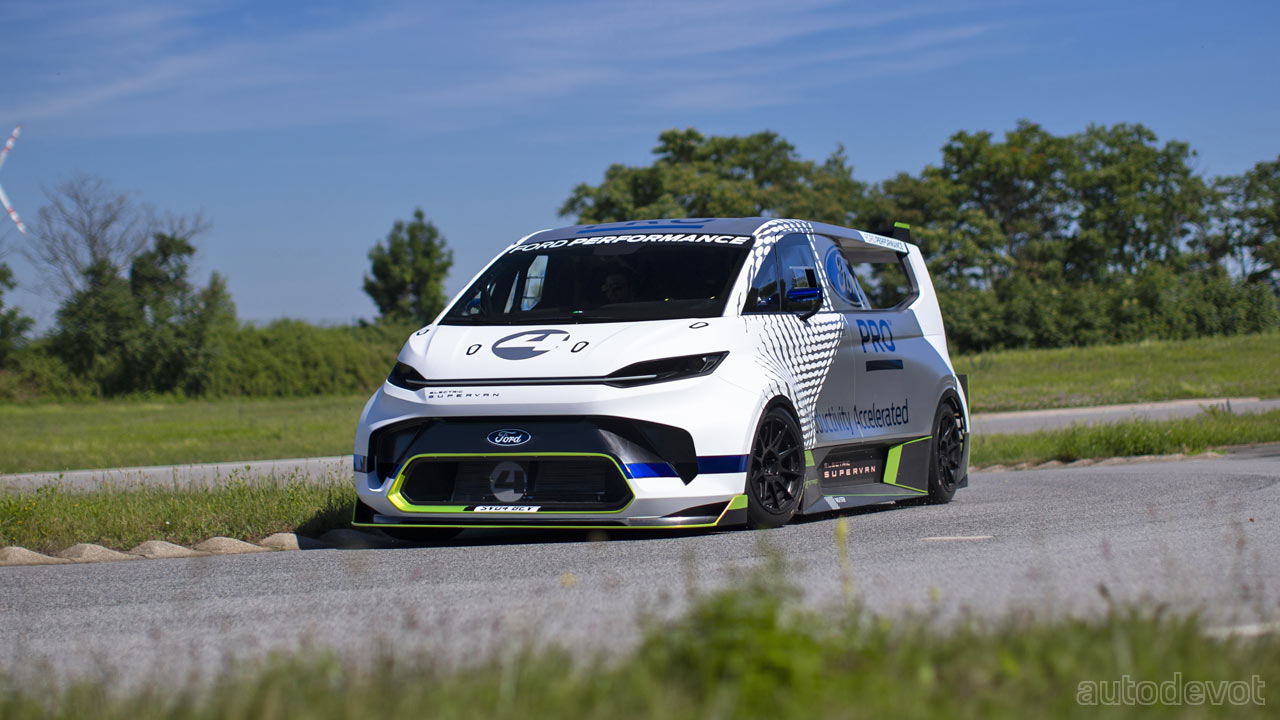 One of the unusual vehicles that debuted at the 2022 Goodwood Festival of Speed is the Ford Pro Electric SuperVan—which as the name suggests, is an electric homage to the ICE-powered Supervans Ford built in the past. Behind the wheel of the Electric SuperVan at Goodwood was Le Mans racer and electric record-setter Romain Dumas. 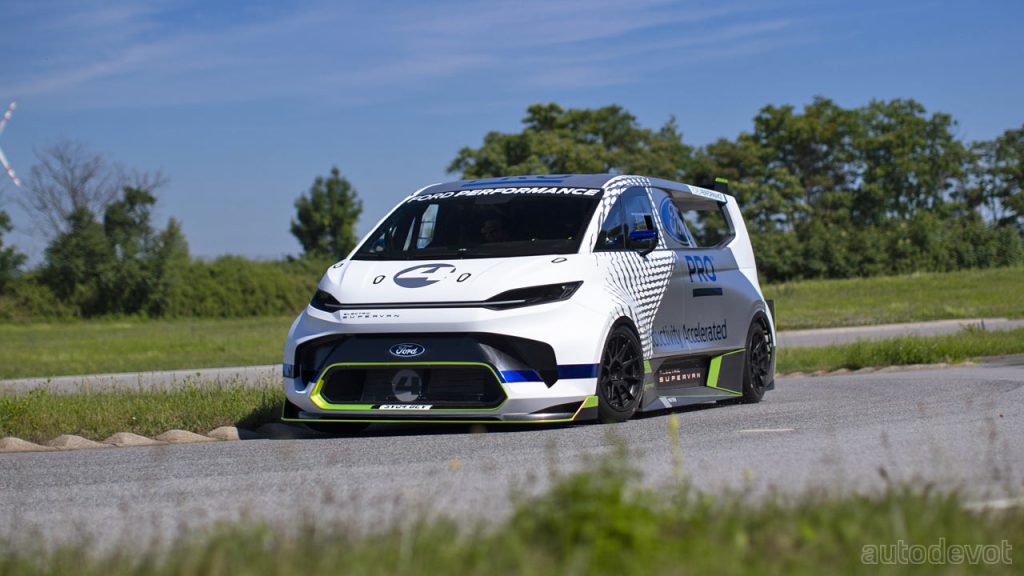 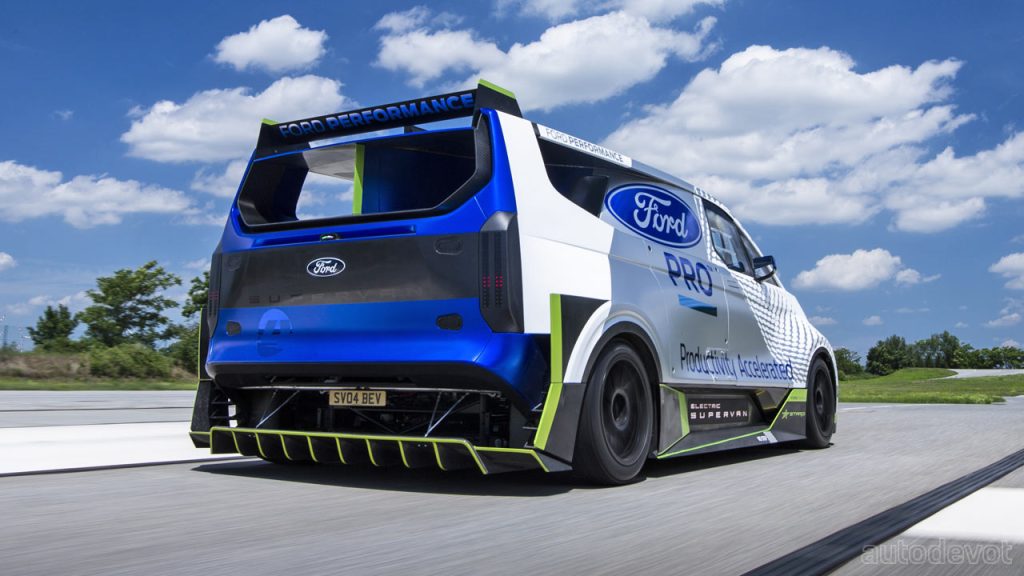 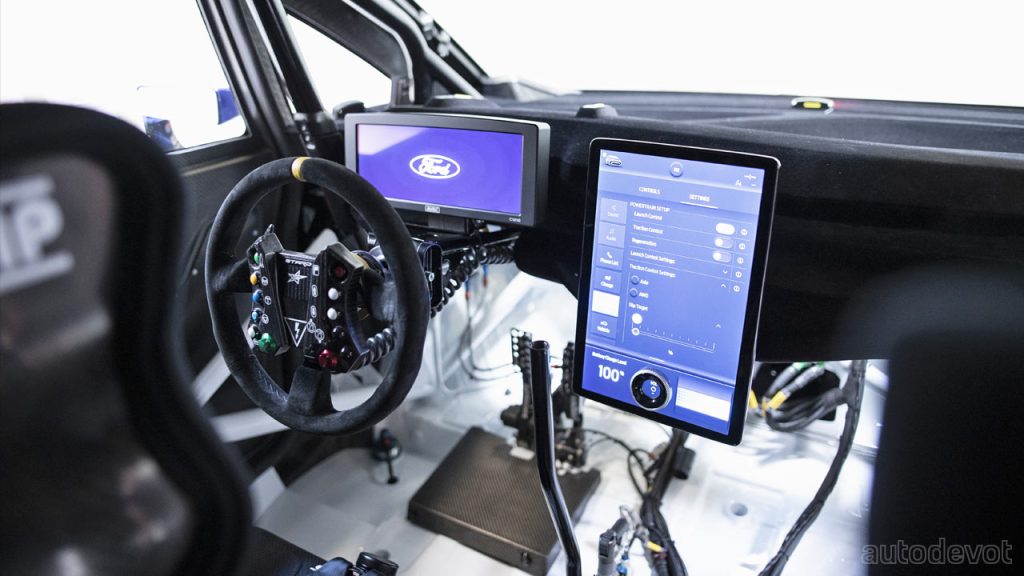 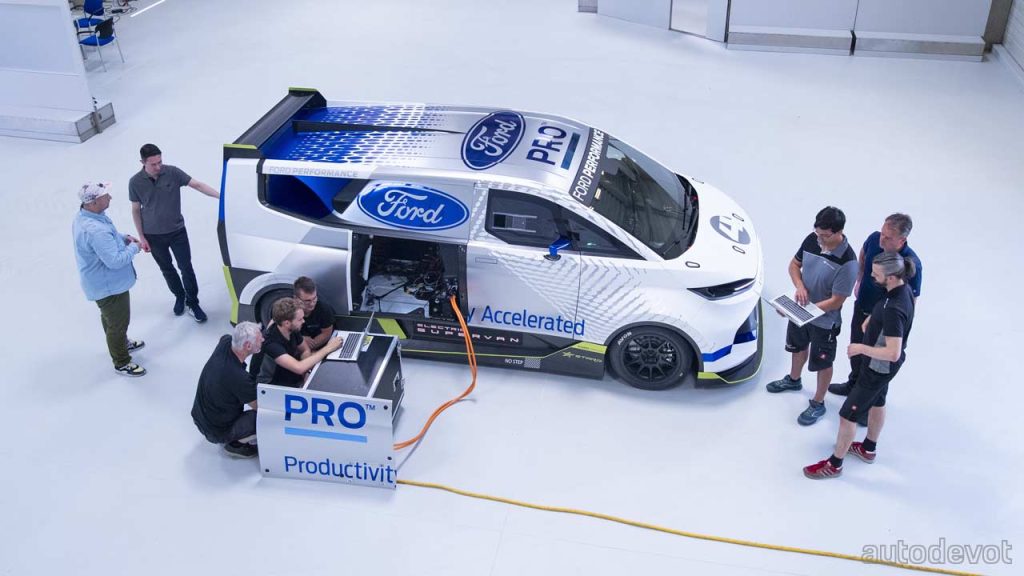 A Ford E-Transit serves as a base for this Electric SuperVan, with modifications carried out by the Ford Performance division in association with racing specialists STARD in Austria. The dramatic exterior styling, however, was done by the Ford Design team in Cologne, Germany. The Electric SuperVan has got four electric motors, of course, one at each corner, producing a combined output of ~1,471 kW or 2,000 metric hp. A bespoke 50 kWh liquid-cooled battery pack can be fully recharged in approximately 45 minutes using a standard electric vehicle fast-charger.

And thanks to the lightweight construction including the use of composite body panels, the Electric SuperVan is claimed to sprint from 0-100 km/h (62 mph) in under two seconds. According to the video above, the vehicle reaches a top speed of 320 km/h (199 mph).

Ford’s first SuperVan debuted in 1971 as an ultimate WTF version of the Transit Mk.1, featuring a mid-mounted engine taken from the Le Mans-winning Ford GT40. The formula was taken further for SuperVan 2, where a glassfibre version of the Transit Mk.2 body was draped over the monocoque, combined with the Ford C100 racing car’s 590 PS Cosworth V8. This vehicle was later reborn as the facelifted Transit Mk.3 lookalike SuperVan 3, powered by a screaming 650 PS Cosworth HB engine shared with Formula 1 cars of the era.