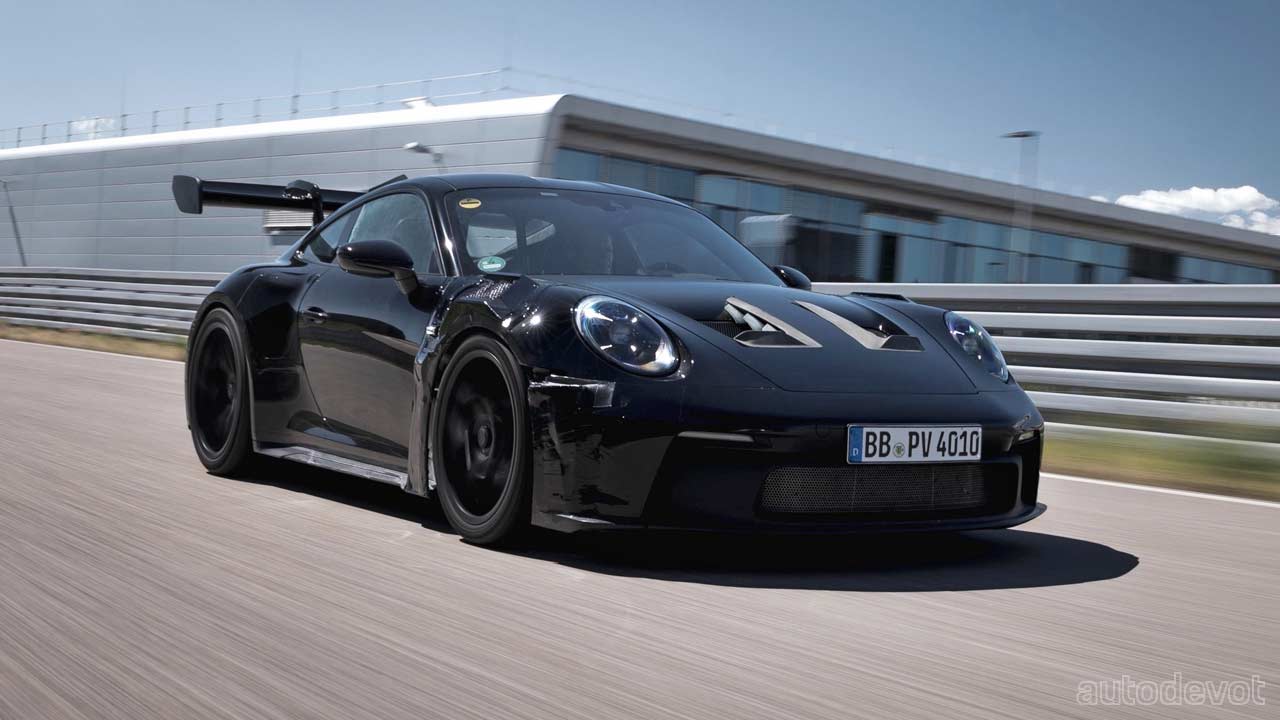 As you probably know, the next obvious step for the 992-gen Porsche 911 GT3 is to go aaaaaarrrrr yasss!; I mean, ‘RS’, and Andreas Preuninger’s team is all set to debut the new 911 GT3 RS on August 17. Teasers and spy shots show a bodykit that is a bit more aggressive than that of the “regular” 911 GT3. 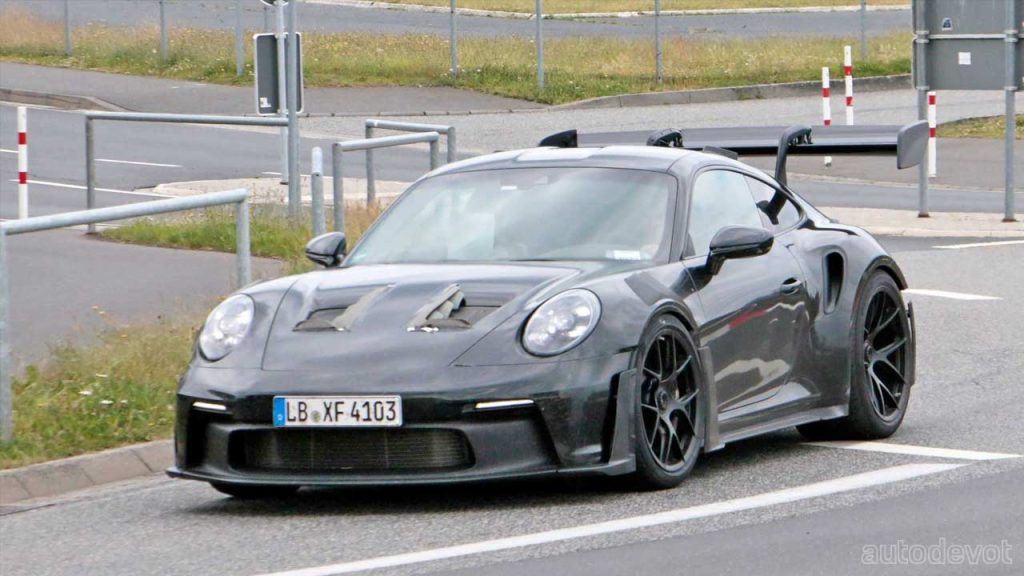 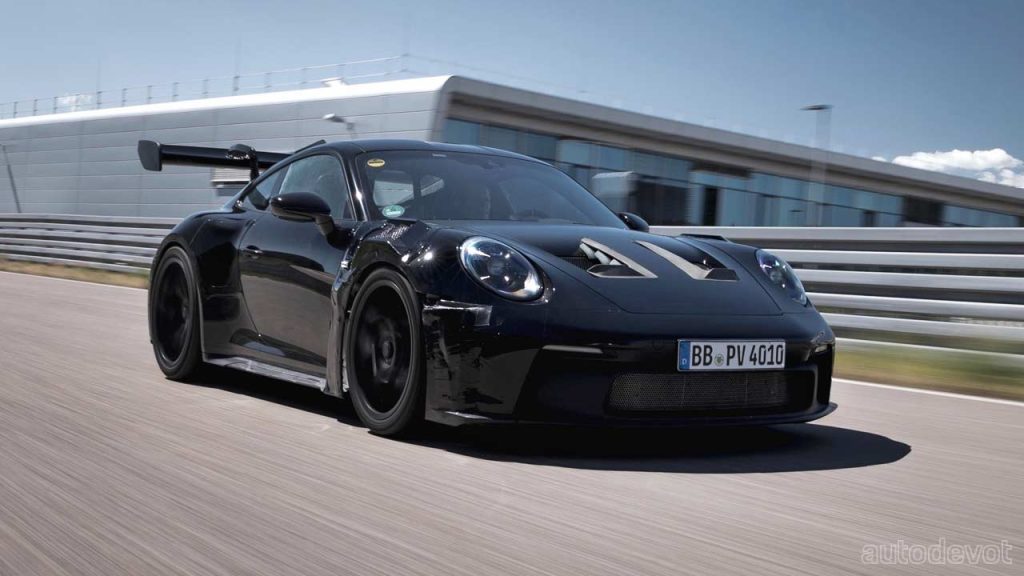 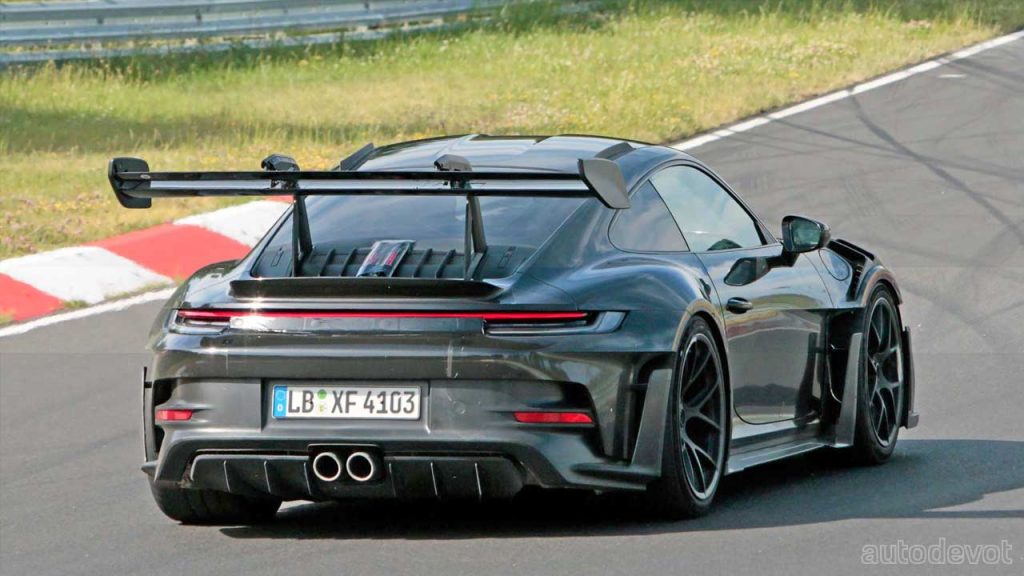 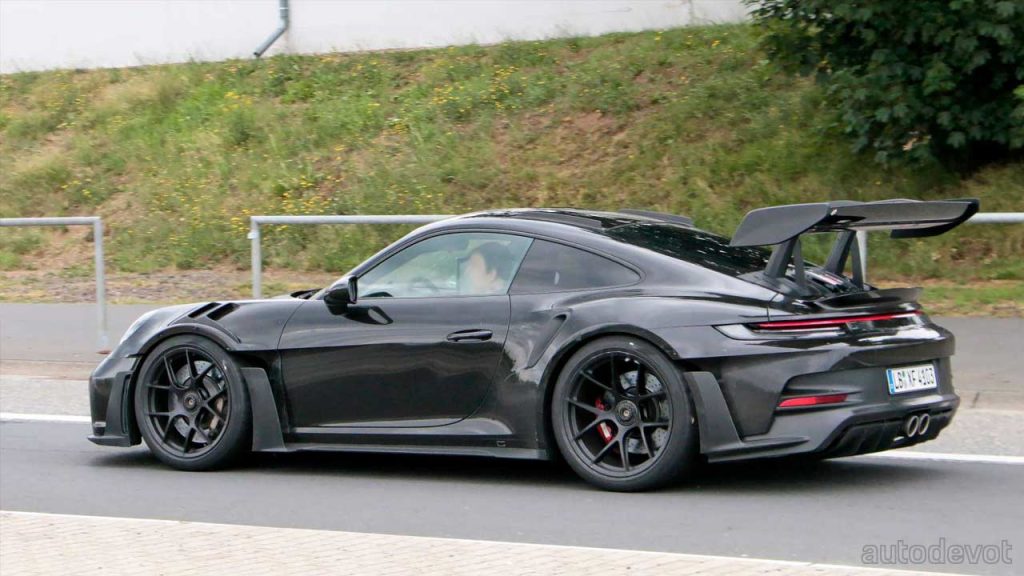 You got what appears to be larger bonnet vents; flaps/winglets (or whatever you wanna call them) on the sides; fender louvers, and a rear wing that appears to be mounted a lot higher than in the GT3.

The new 911 GT3 RS is gonna pack the same 4.0-litre (3,996 cc) naturally-aspirated flat-six motor as the GT3. “The new 911 GT3 RS is even more optimized for track use than its predecessors. The spontaneously responsive, high-revving 4.0-litre, six-cylinder boxer engine with approximately 500 PS has proven ideal for track use and club sport events,” said Mr. Preuninger, Director of the GT division. “That’s why we focused primarily on aerodynamics and chassis questions in the development of the new 911 GT3 RS,” he added.