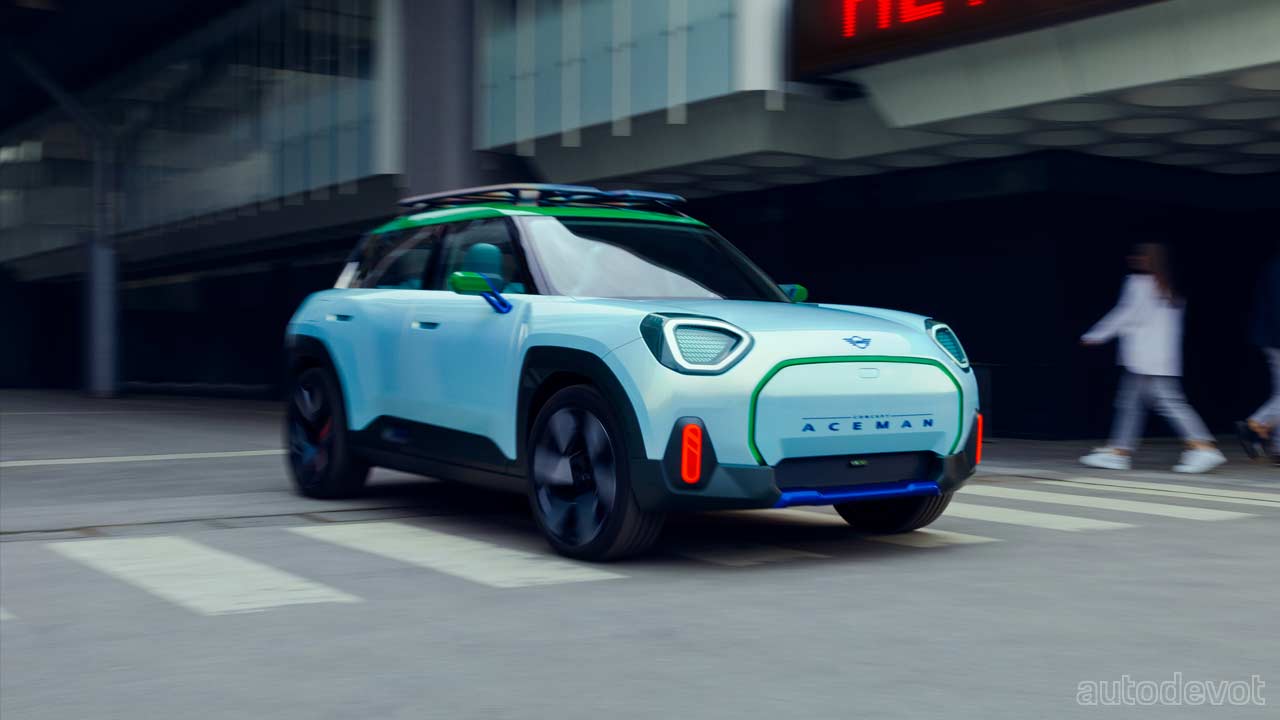 After the Cooper SE, Mini is preparing for the next chapter in its all-electric journey. It is called the Concept Aceman, and while it appears to be an all-electric version of the Countryman, it, according to Stefanie Wurst (Head of the Mini brand), bridges the gap between the Cooper and the Countryman. 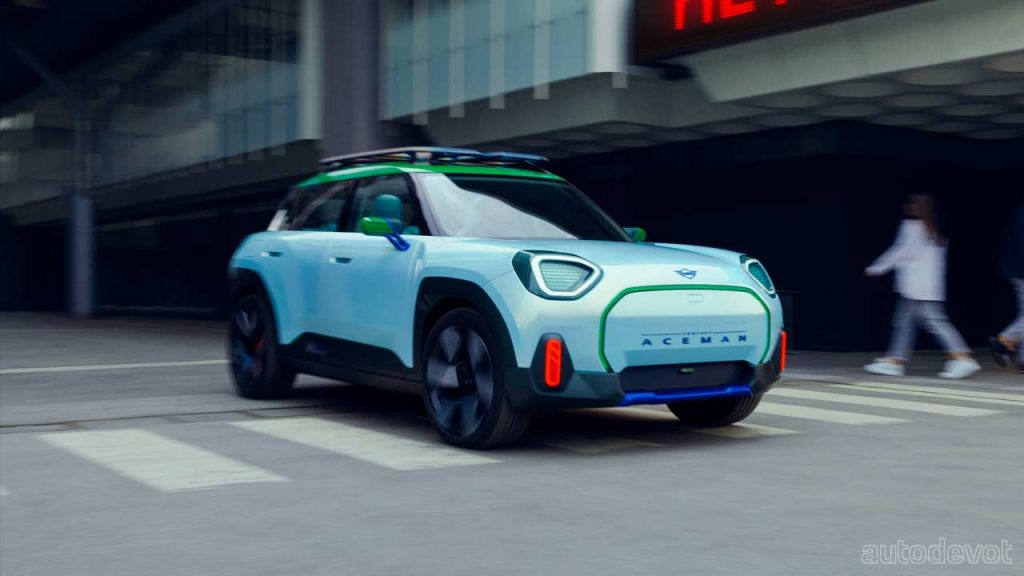 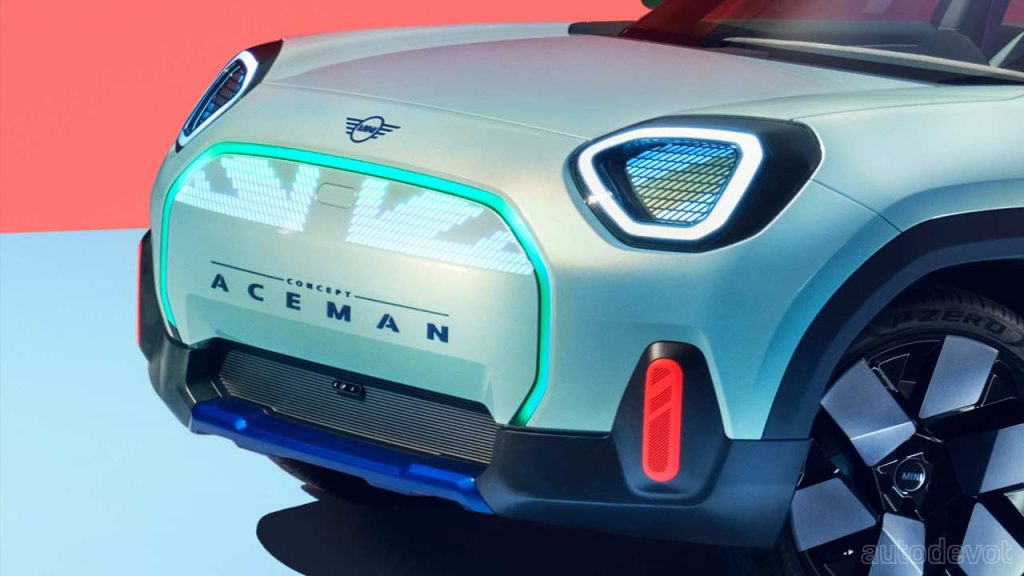 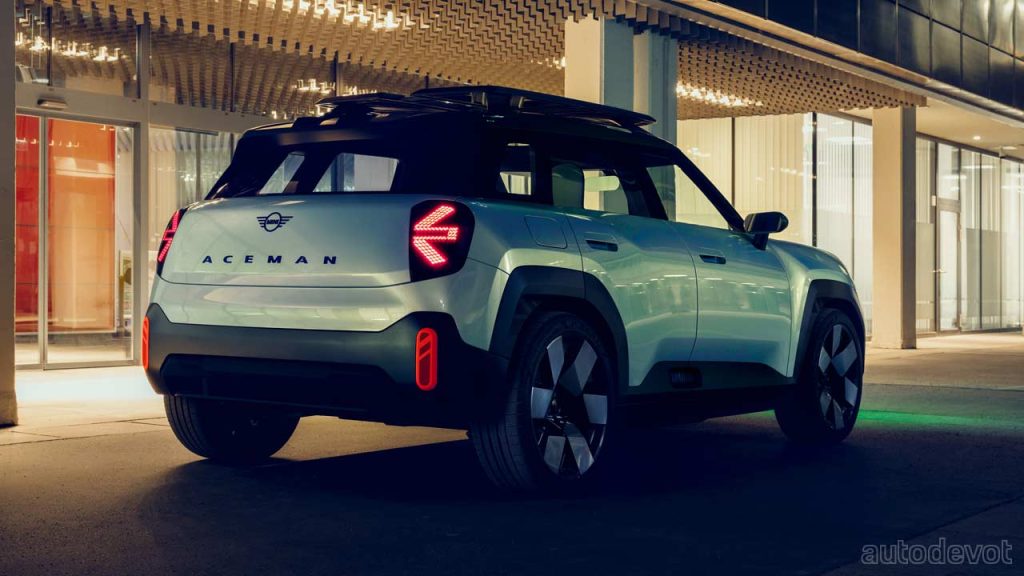 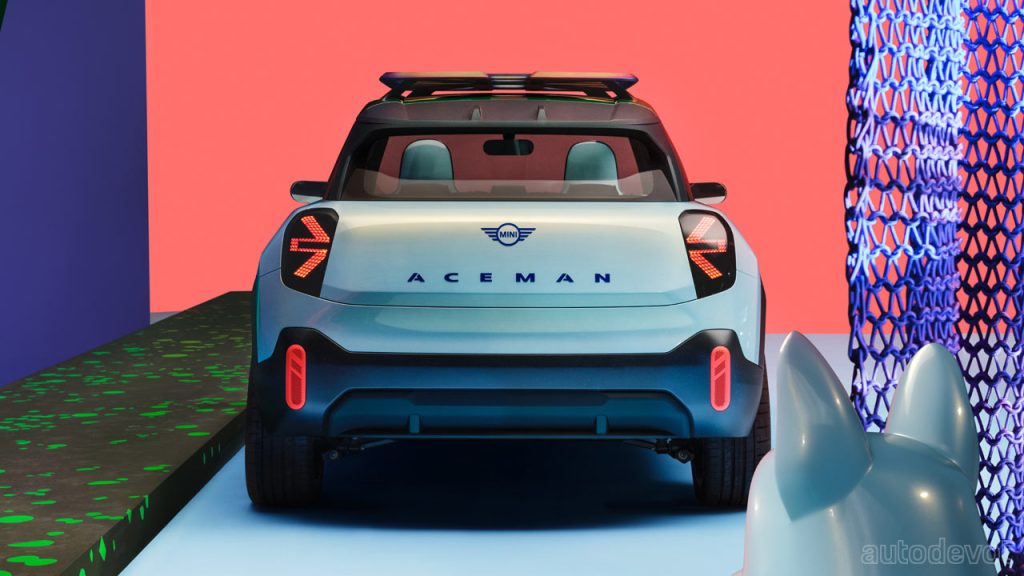 The Aceman is a rather strange looking contraption, but remember, this is a concept at the moment, and I’m sure the final product is gonna be much more refined when it comes to styling. The front fascia features hexagonal-ish headlights with pixel-like elements inside, kinda like those we’ve seen in many Hyundai concepts lately.

The “grille” features an illuminated surround, and the upper part of it, again, features those Matrix LED units that perform welcome animations in conjunction with the aforementioned headlights. The Union Jack taillight signatures are also formed by the Matrix LEDs. Those vertical elements you see on the bumpers are actually speakers, apparently to draw attention—not only acoustically but visually as well. They apparently play a distinctive model-specific sound. 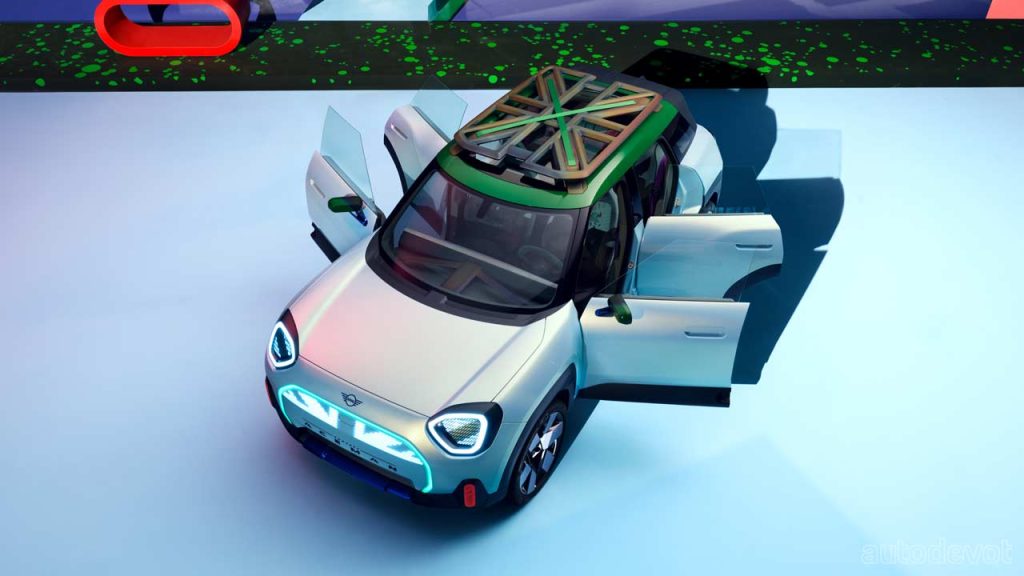 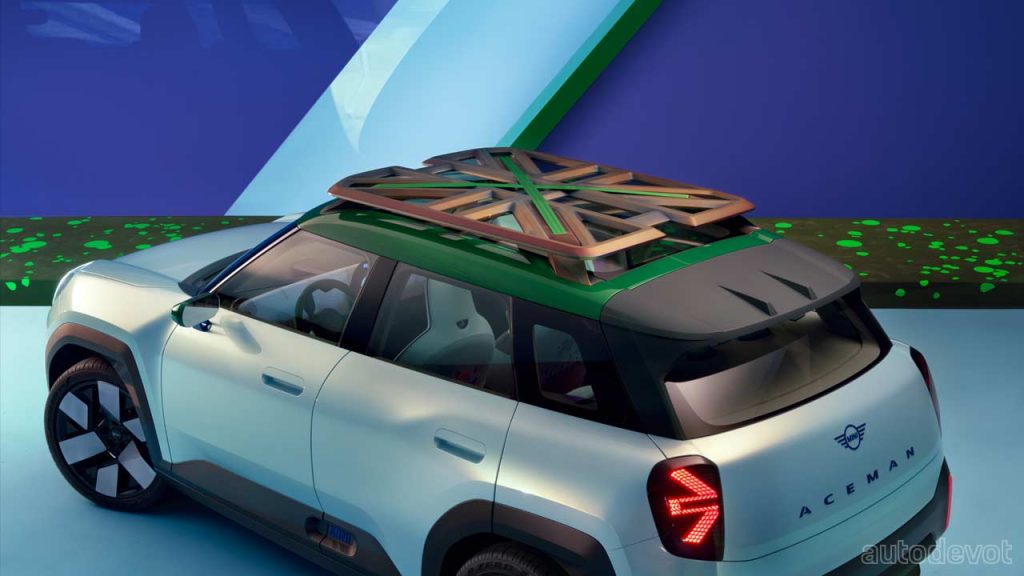 The Aceman comes with a special roof rack that is also in the shape of a Union Jack. Notice that it has green fastening straps to match the metallic British Racing Green-painted roof. The rack has an iridescent coating that creates a metallic sheen—covering the color spectrum of blue, turquoise, green and violet. The concept’s body is painted in Icy Sunglow Green—a light turquoise shade with varying levels of intensity depending on the light and perspective. The 20-inch light-alloy wheels are painted in navy blue with spokes painted in a combo of blue & grey. 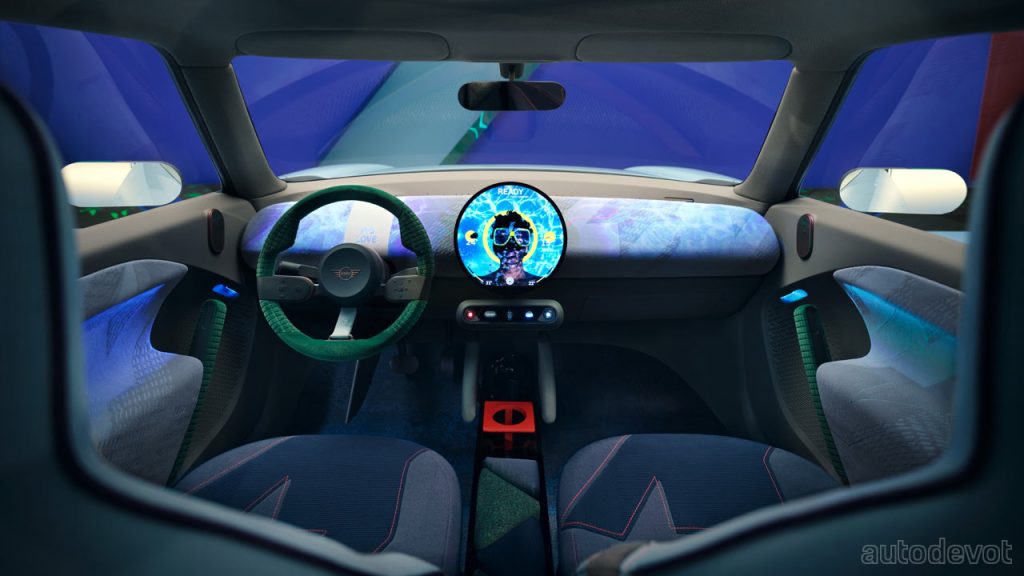 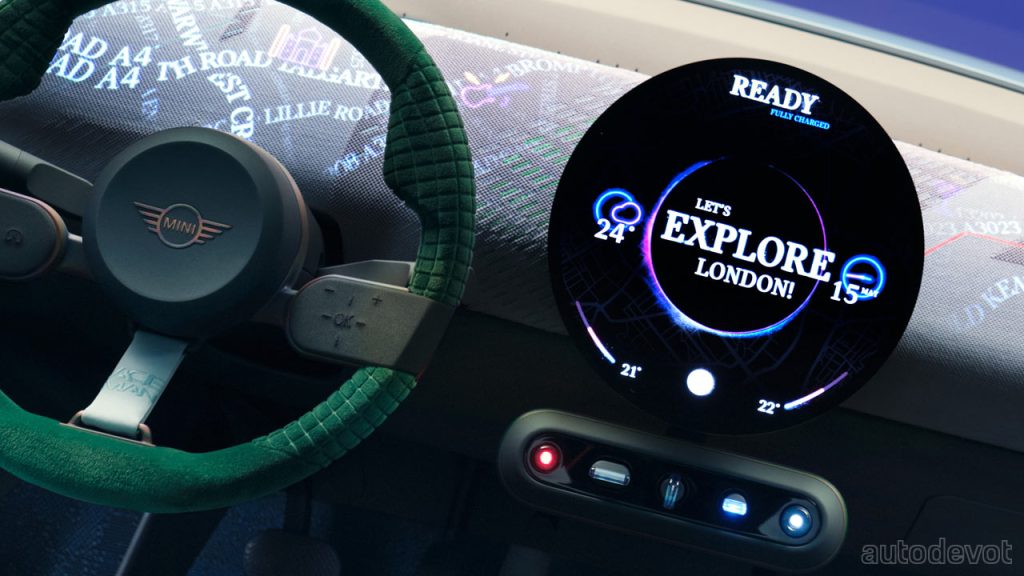 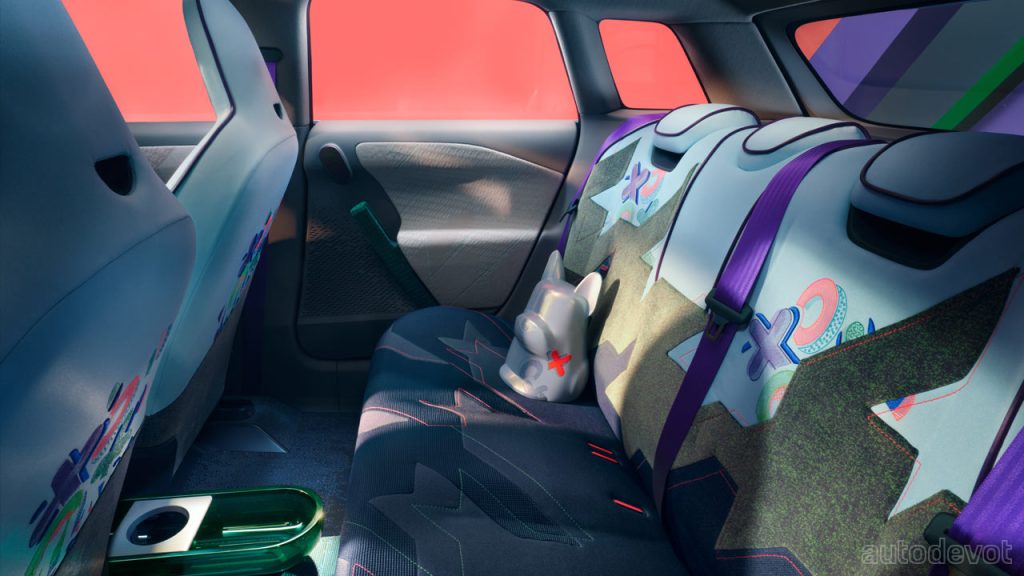 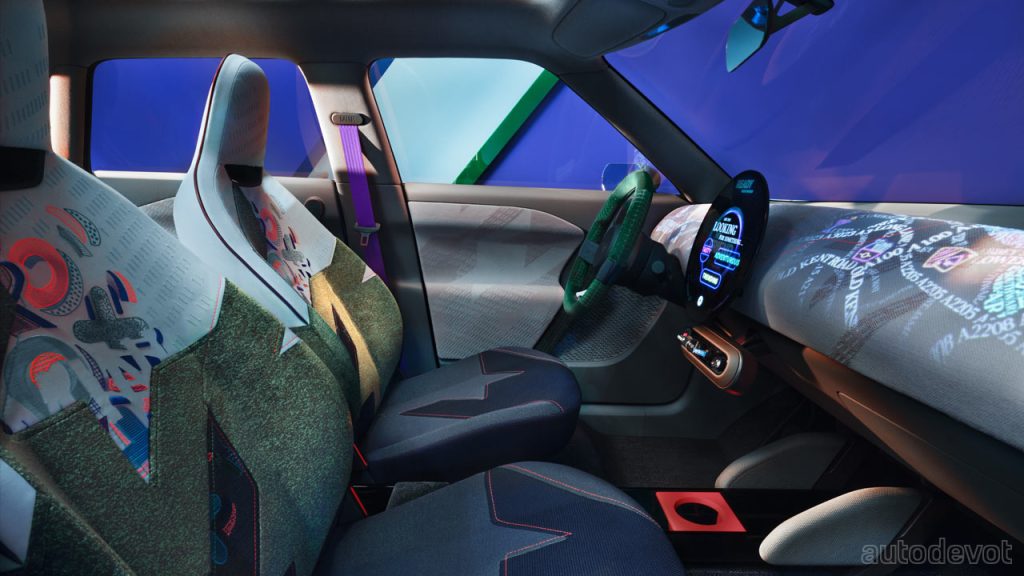 There’s a lot of jazzy stuff going on on the inside as well with a burst of colors everywhere around you. The khaki green base color for the surfaces is combined with knitted textile bits made of light grey recycled polyester with a slight blue tinge. The seat surfaces have a 3D look achieved with a combination of textile flat knit, velvet velour and waffle weave, an over-dimensional houndstooth pattern and embroidered X and O graphics. A disc-like OLED central touchscreen is another highlight; it is powered by the Android OS. The dashboard itself is designed like a sound bar and kinda acts like a giant display.

The MINI Concept Aceman will be on display at gamescom 2022, in Cologne, Germany. The event starts on the evening of 23 August 2022.