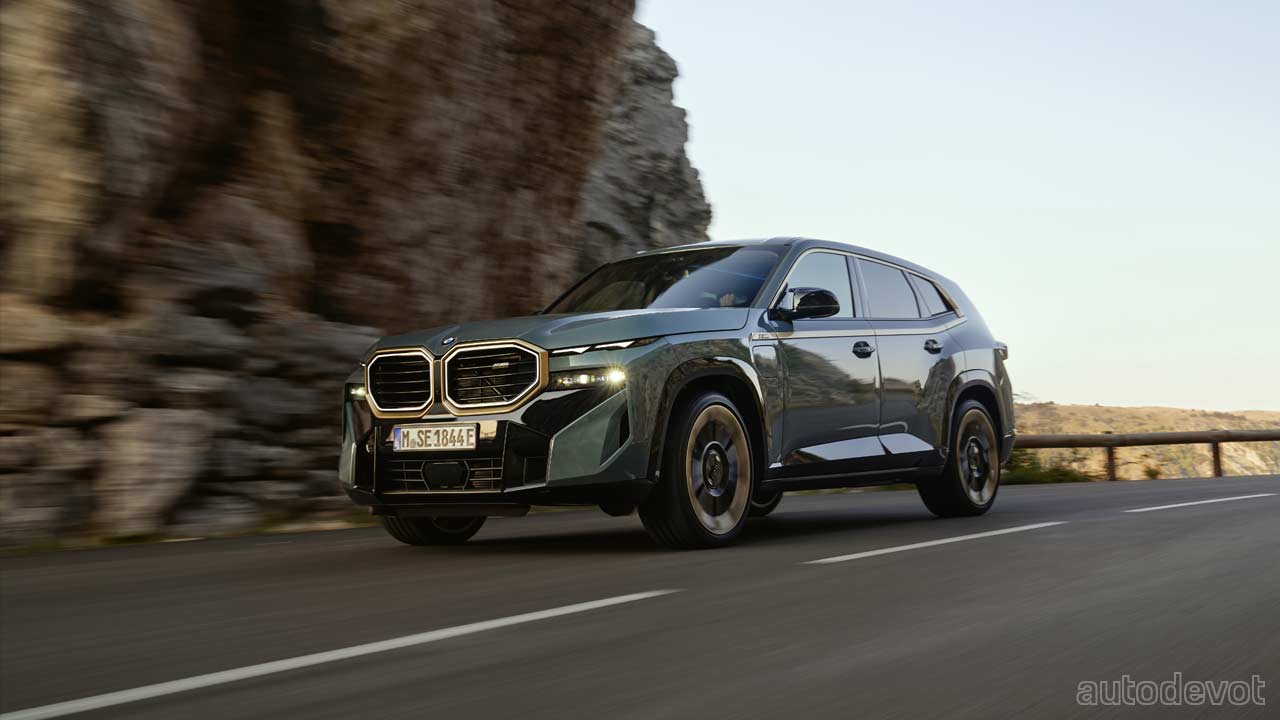 BMW has revealed the production version of the Concept XM that was showcased last November. Production of the first-ever BMW XM will get underway at the BMW Group Plant in Spartanburg (United States) in December 2022 before it arrives at dealers worldwide in spring 2023. Besides the U.S. market, BMW is targeting China and the Middle East as well.

The model is simply called the ‘XM’; there’s no number in between. Just like Tom & Jerry, it is simply X & M, and people might find those who drive this just as funny as the cartoon show itself. 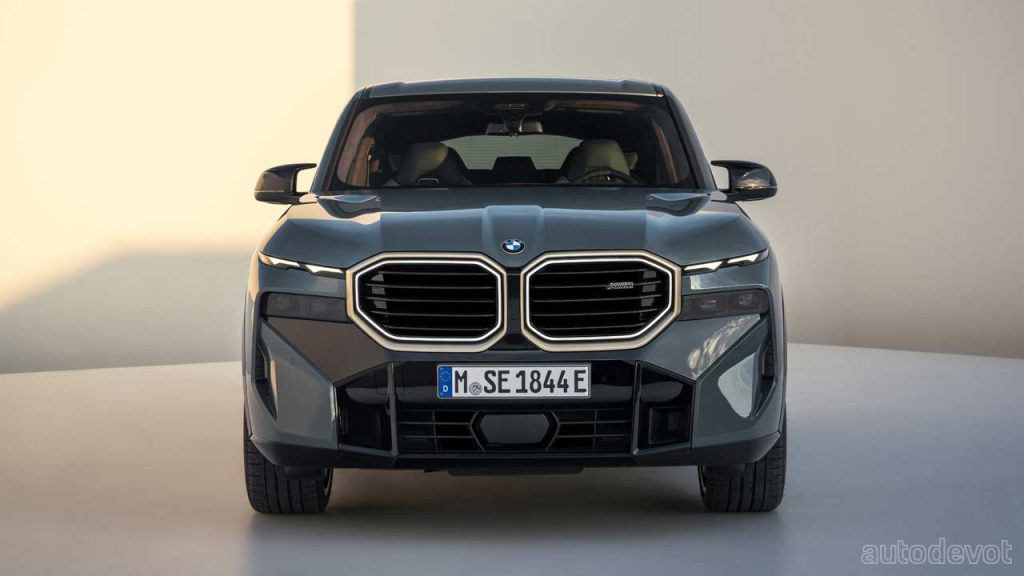 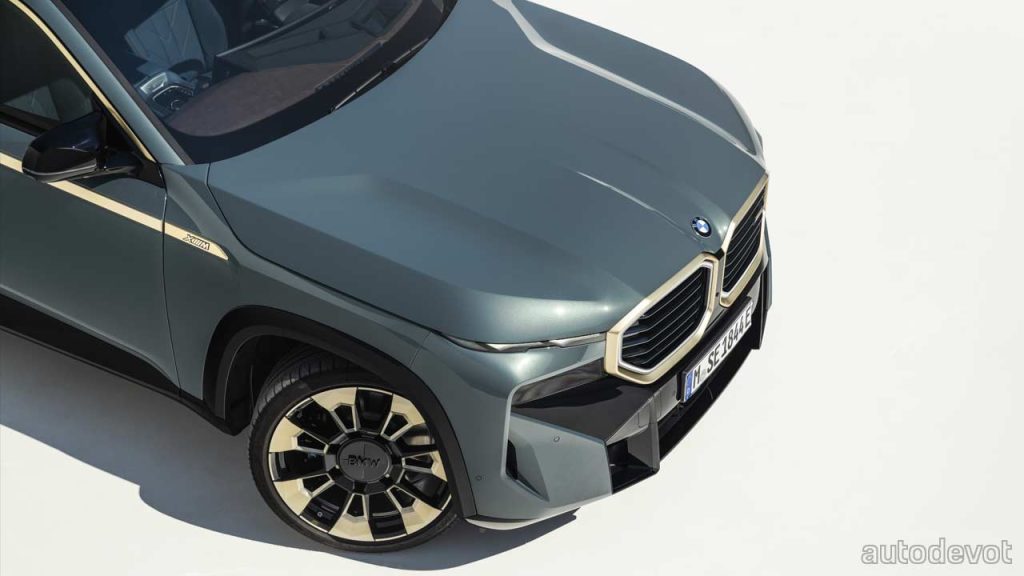 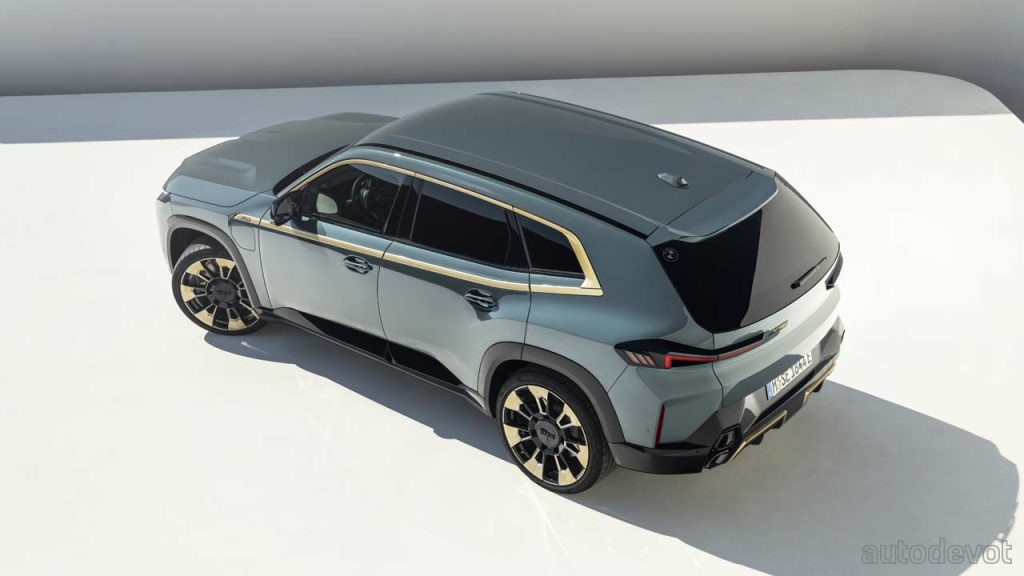 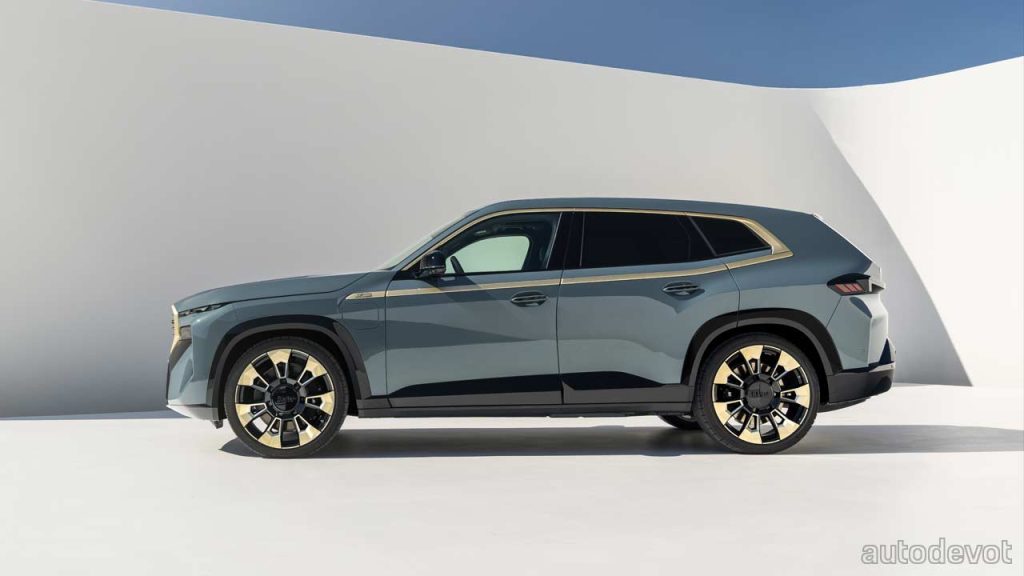 While the production version retains most of the styling elements from the concept, this gold-color-accented version makes it look—sorry to use the word—hideous, especially those unnecessary gold surrounds on the so-called Kidney grille. At this point, it is unclear if the design team is serious or just messing around with the public. But anyway, the X7-sized massive crossover rides on 21-inch wheels as standard, but up to 23-inch options are available. 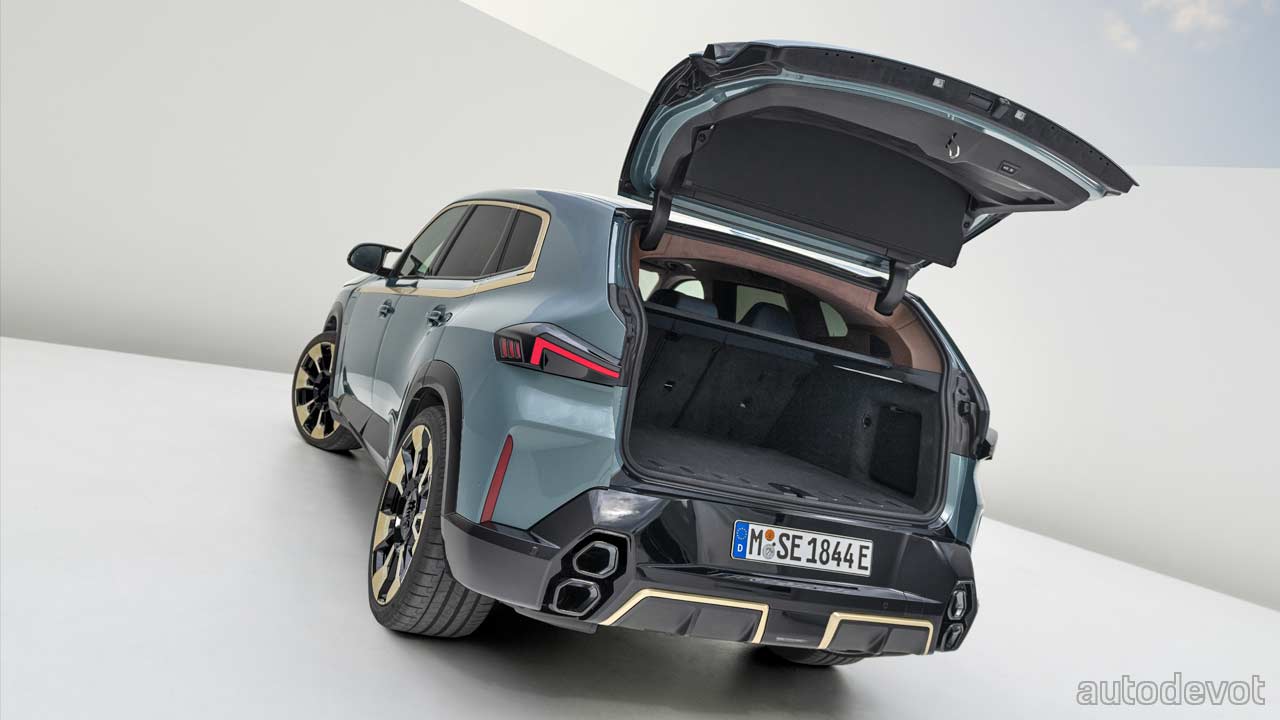 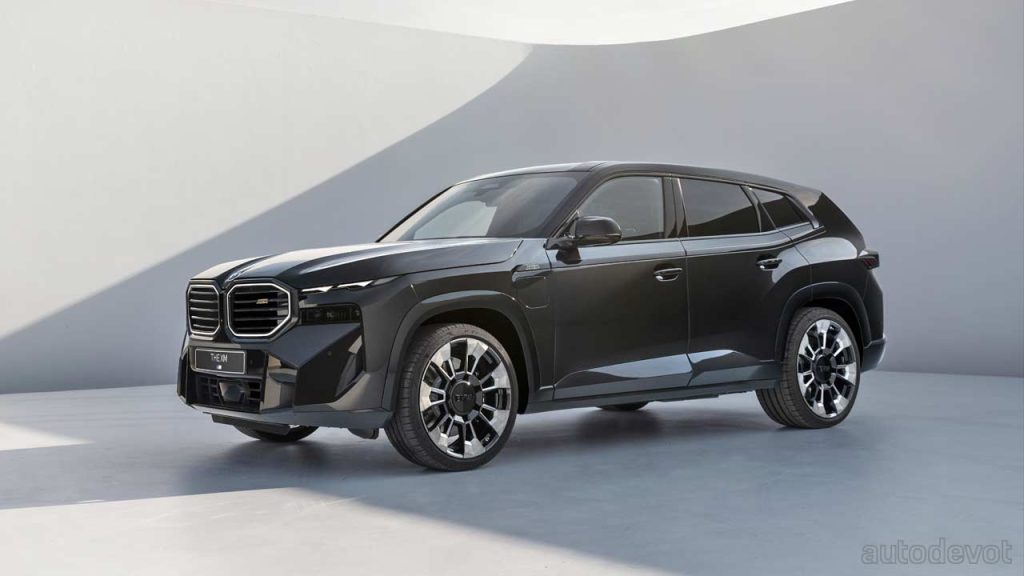 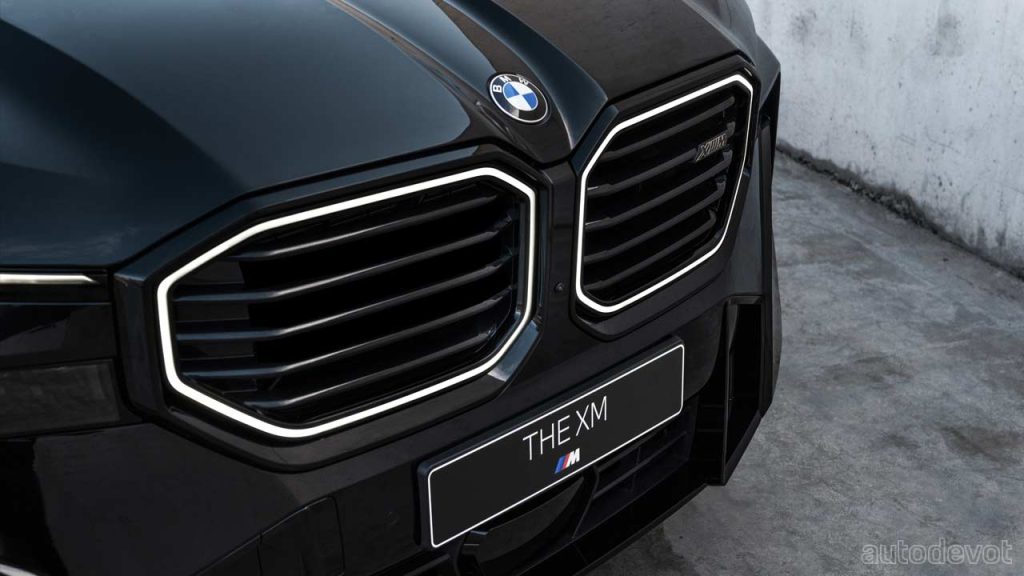 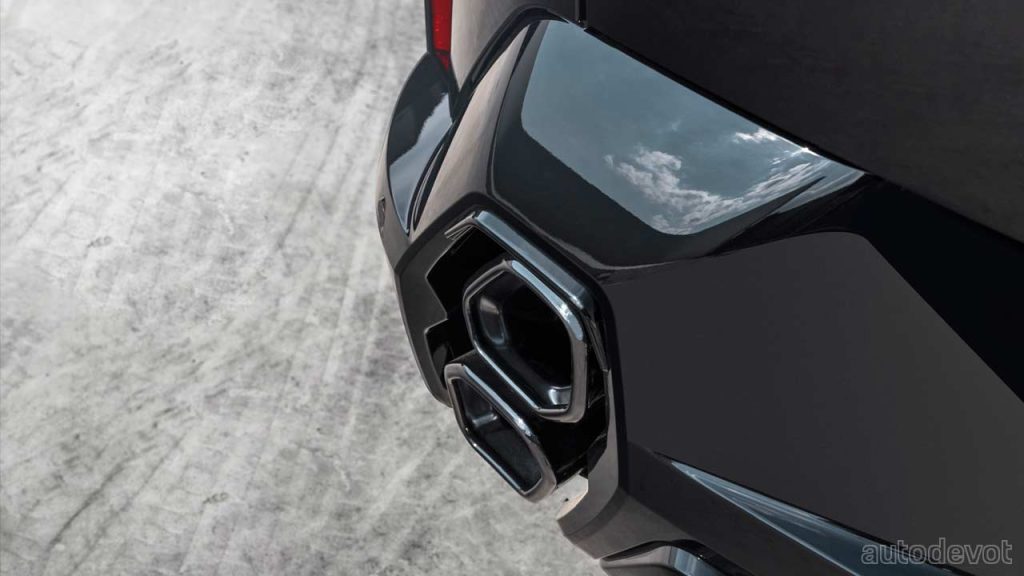 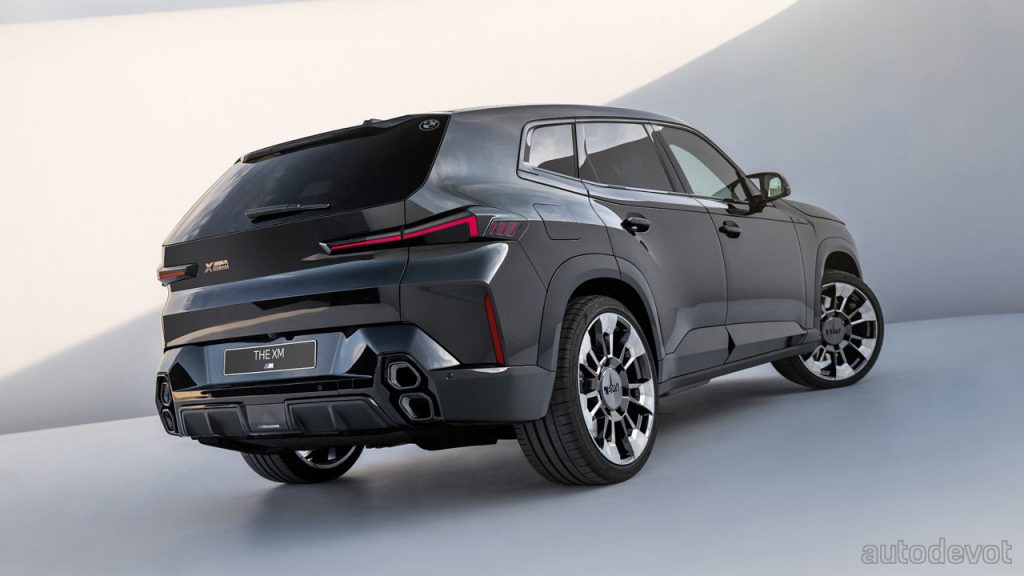 I guess the XM Black is more digestible, because, you know, all the cheesy gold stuff is replaced with black and dark ones, including the grille surrounds, window surrounds, diffuser.. and the wheels have also been spared from the golden embarrassment. Of course, the continuous contour lighting around the grille looks a lot better here in the Black. 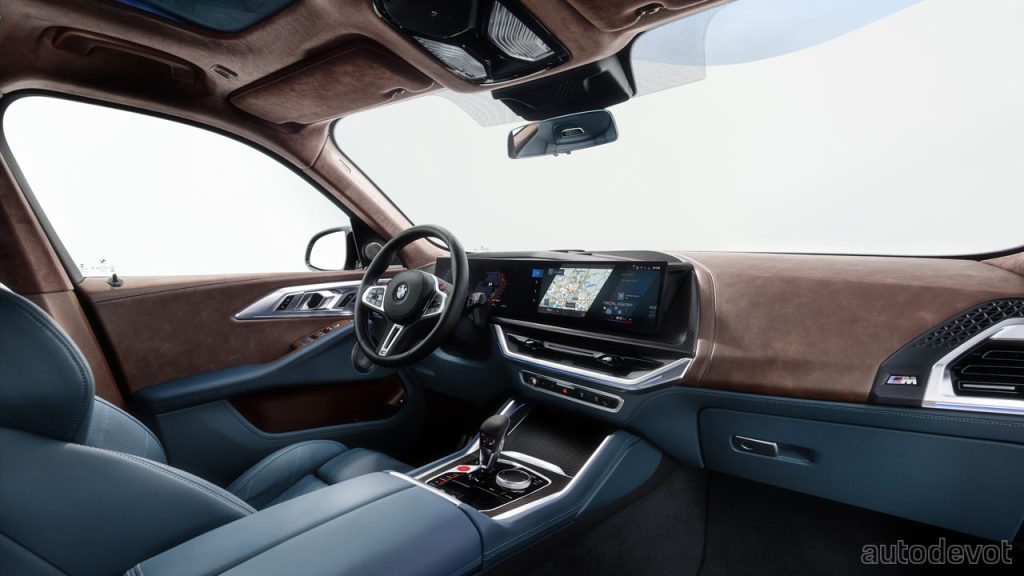 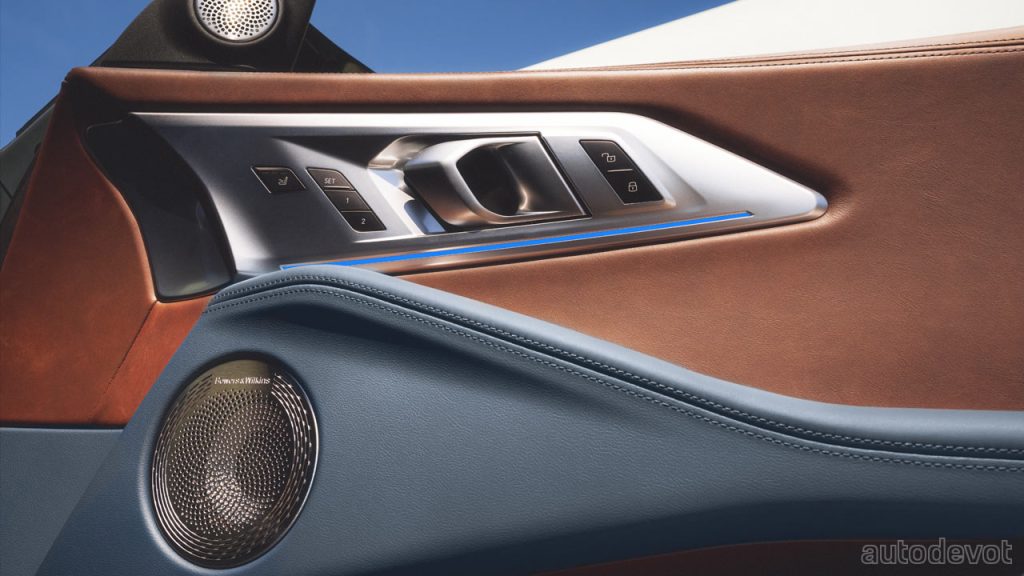 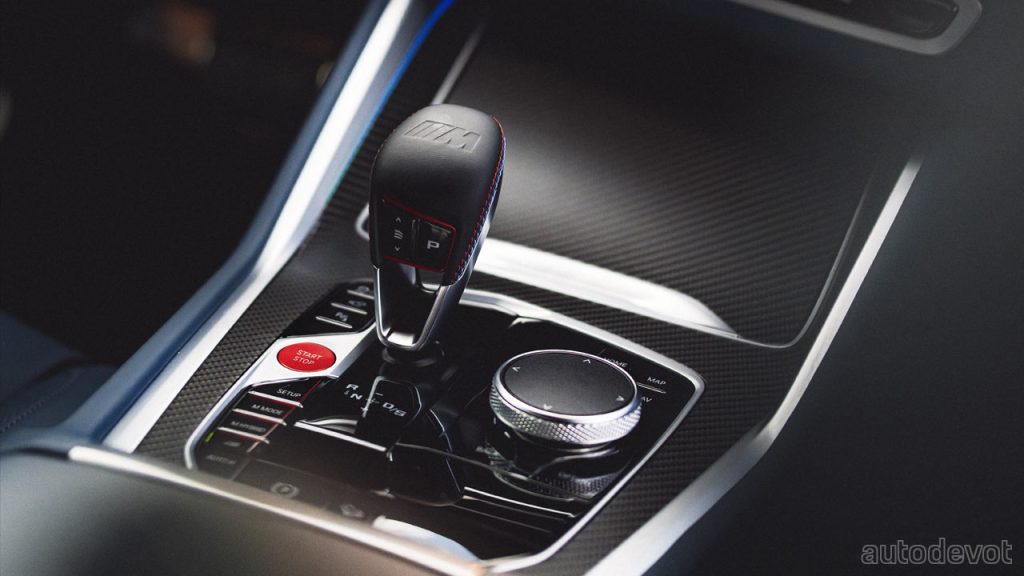 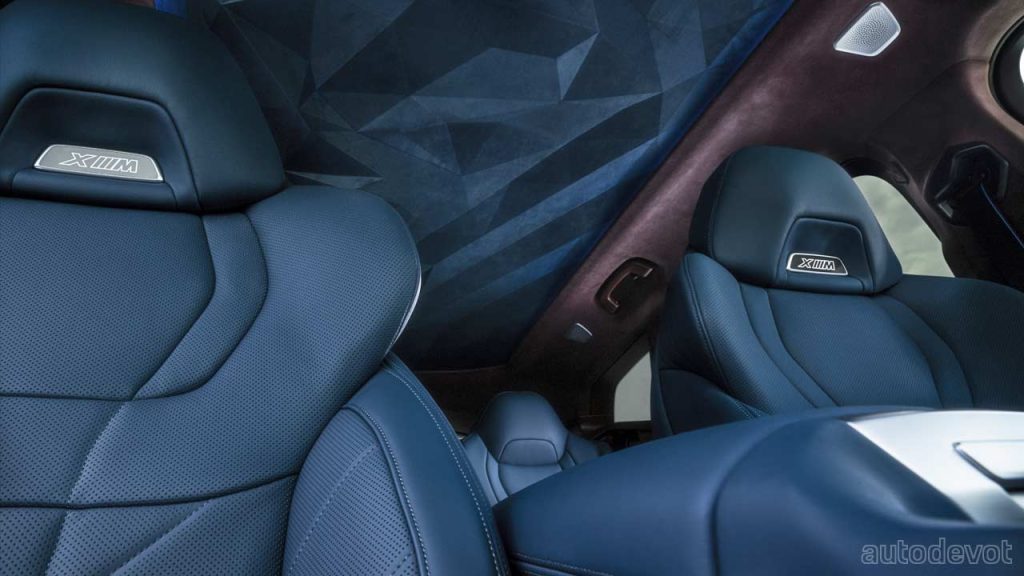 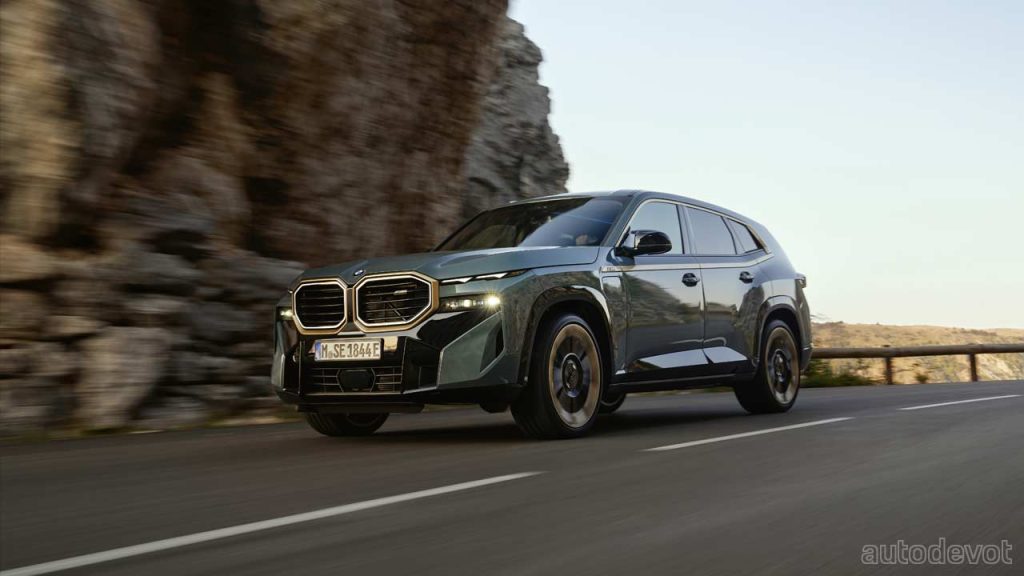 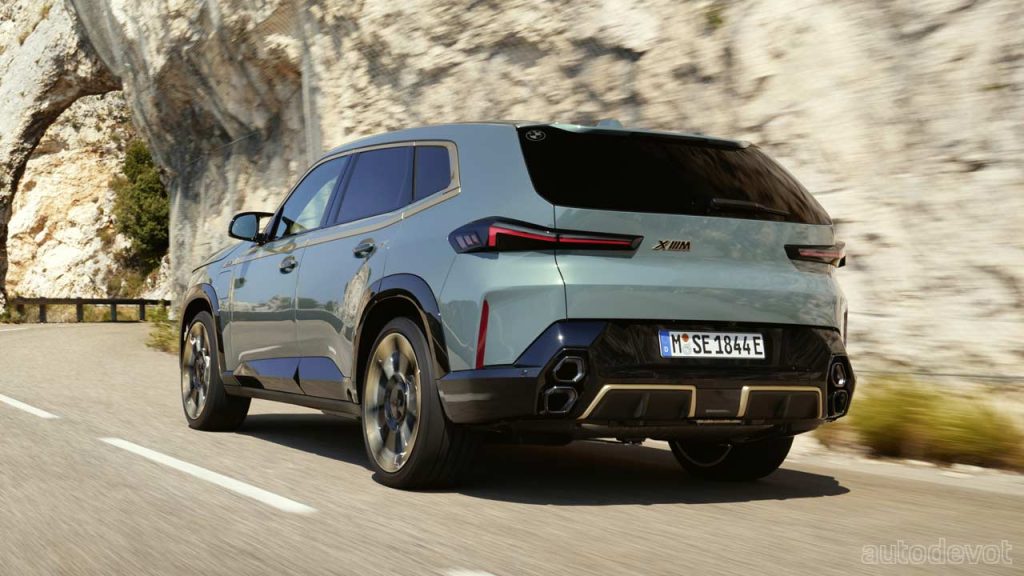 The official 0-100 km/h (62 mph) sprint time is 4.3 seconds while the top speed is limited to 250 km/h (155 mph). But if you pay extra, BMW won’t mind increasing the top speed to 270 km/h (168 mph). The top speed on electric power alone is 140 km/h (87 mph). And of course, Hans Zimmer has composed a backing track for the electric motor’s power delivery. The M xDrive all-wheel-drive system remains to be rear-biased, and apparently, is particularly noticeable in 4WD Sport mode. Drivers can also select 4WD Sand mode.

As for the battery pack, you got 25.7 kWh of usable capacity, which according to BMW, should get you anywhere between 82 and 88 km (51-55 mi) of pure-electric range.