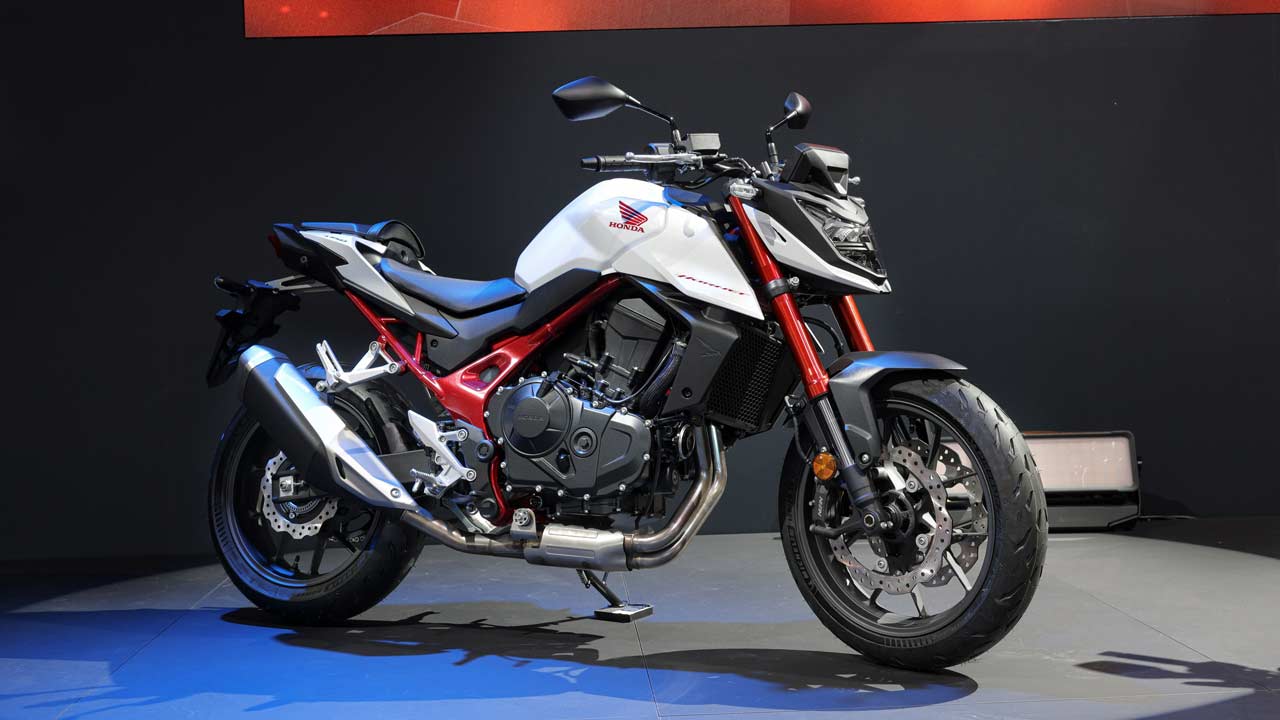 Honda unveiled the 2023 CB750 Hornet for the European market at the Intermot event in Germany. The motorcycle boasts a new design language, a lightweight chassis, and a new 755 cc engine. 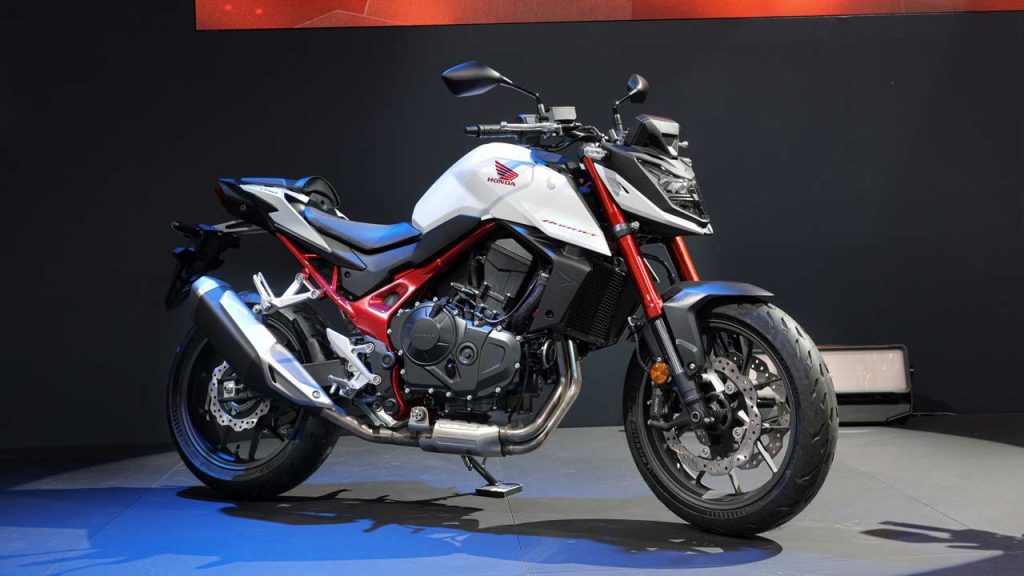 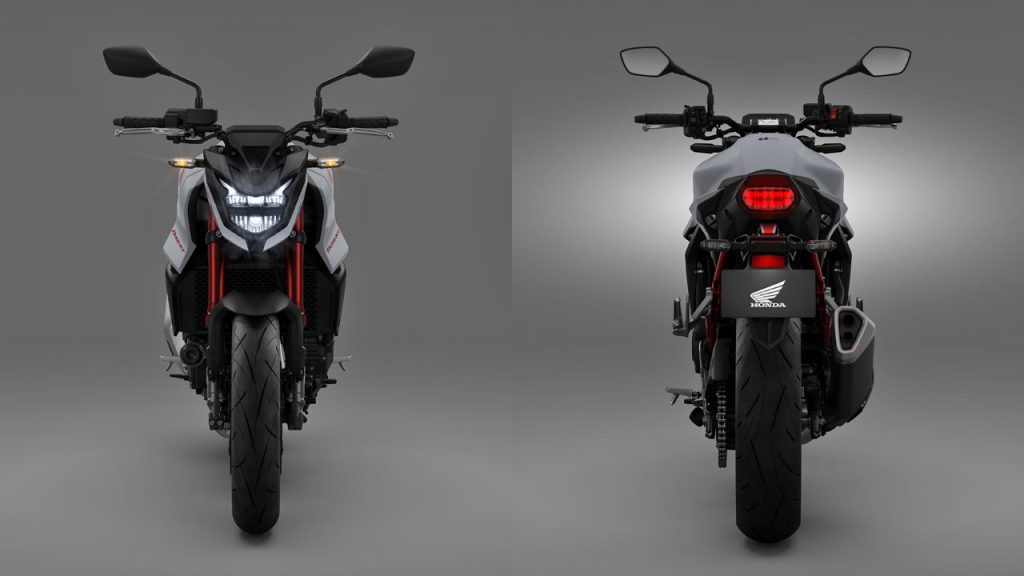 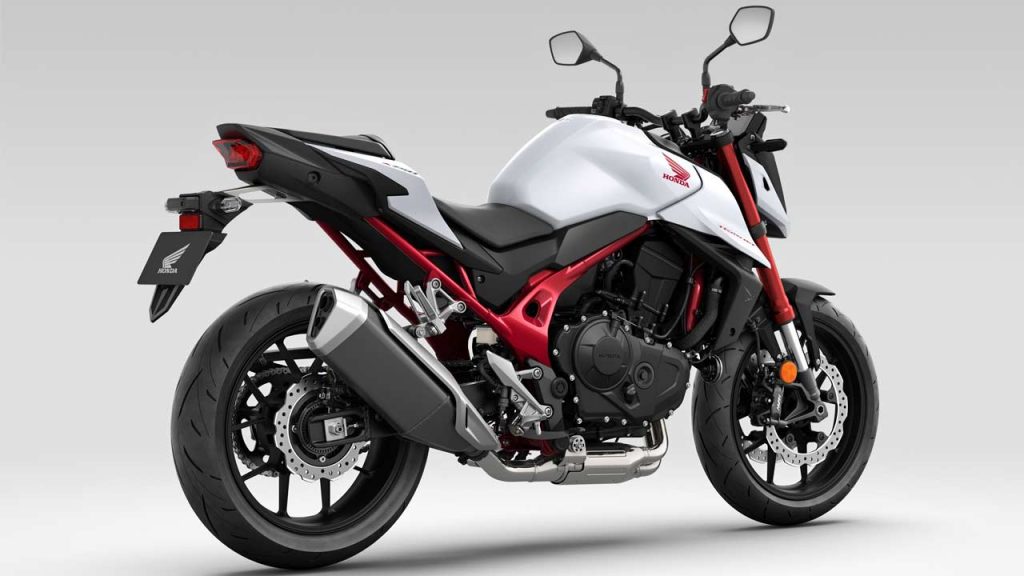 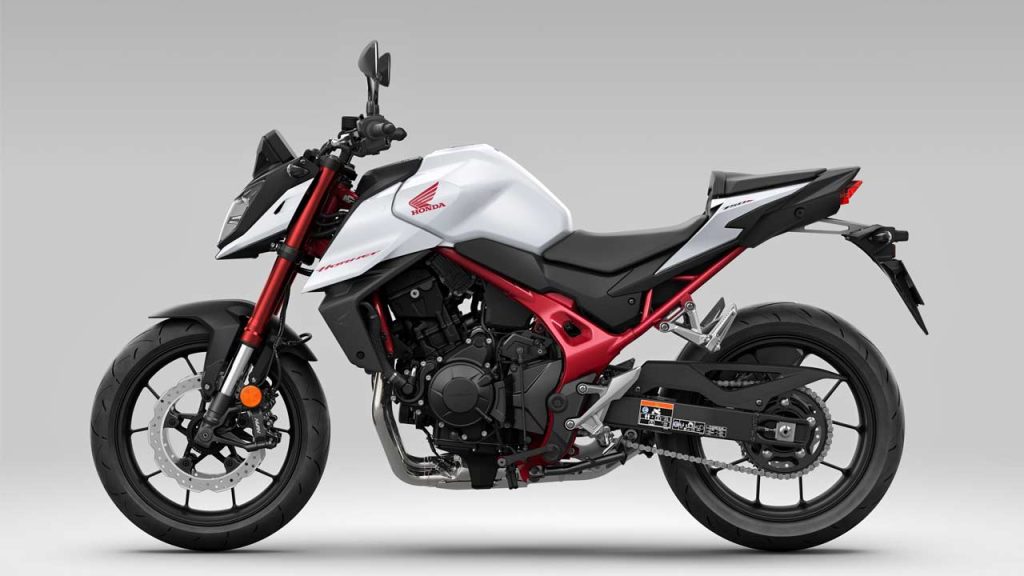 Key styling features of the CB750 Hornet include an aggressively angled nose-fairing, a hornet’s wing-inspired fuel tank, and an equally sharp-looking tail-end. Seat height is at 795 mm, which is said to be suitable for riders of all heights. The lightweight steel diamond frame weighs 16.6 kg (36.6 lbs); just to compare, the CB650R’s is 18.5 kg (40.8 lbs). 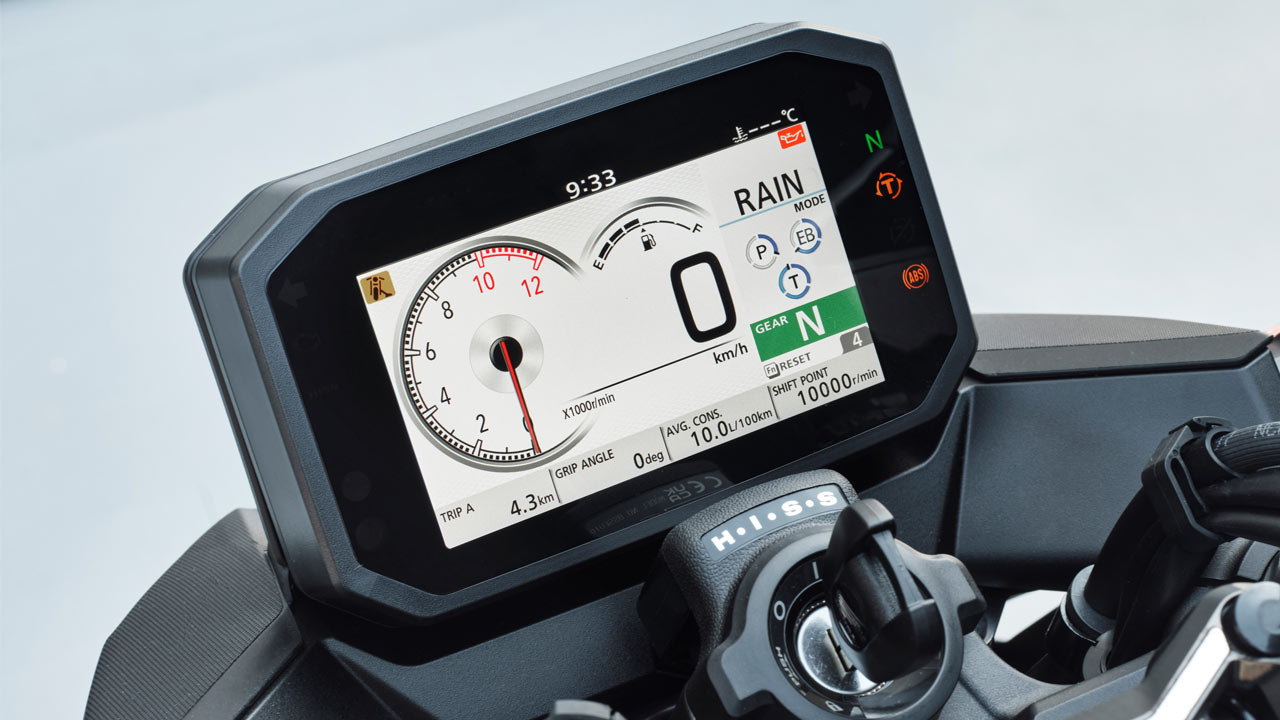 Other key highlights include a 5-inch TFT instrument display with Honda Smartphone Voice Control system; rear indicators with Emergency Stop Signal (ESS) function; full-LED lighting; dual-channel ABS, and a slipper clutch. Suspension duties are handled by an upside-down Showa 41 mm fork at the front and a monoshock at the rear. Braking duties are handled by dual 296 mm discs at the front gripped by Nissin 4-piston calipers and a single 240 mm disc at the rear gripped by a single-piston caliper.

Powering the CB750 Hornet is a 755 cc parallel twin-cylinder engine featuring a 270° crankshaft and Ni-SiC (Nickel-Silicon Carbide) coated cylinders. There are also patented Vortex Air Flow ducts for optimum airflow. The output figures would be 67.5 kW (92 metric hp) at 9,500 rpm and 75 Nm (55 lb-ft) at 7,250 rpm. The engine is coupled with a 6-speed gearbox. Rider gets to play with three default modes: Rain, Standard and Sport; three-level Honda Selectable Torque Control (HSTC); Wheelie Control, plus 3 levels of Engine Braking and Power delivery.