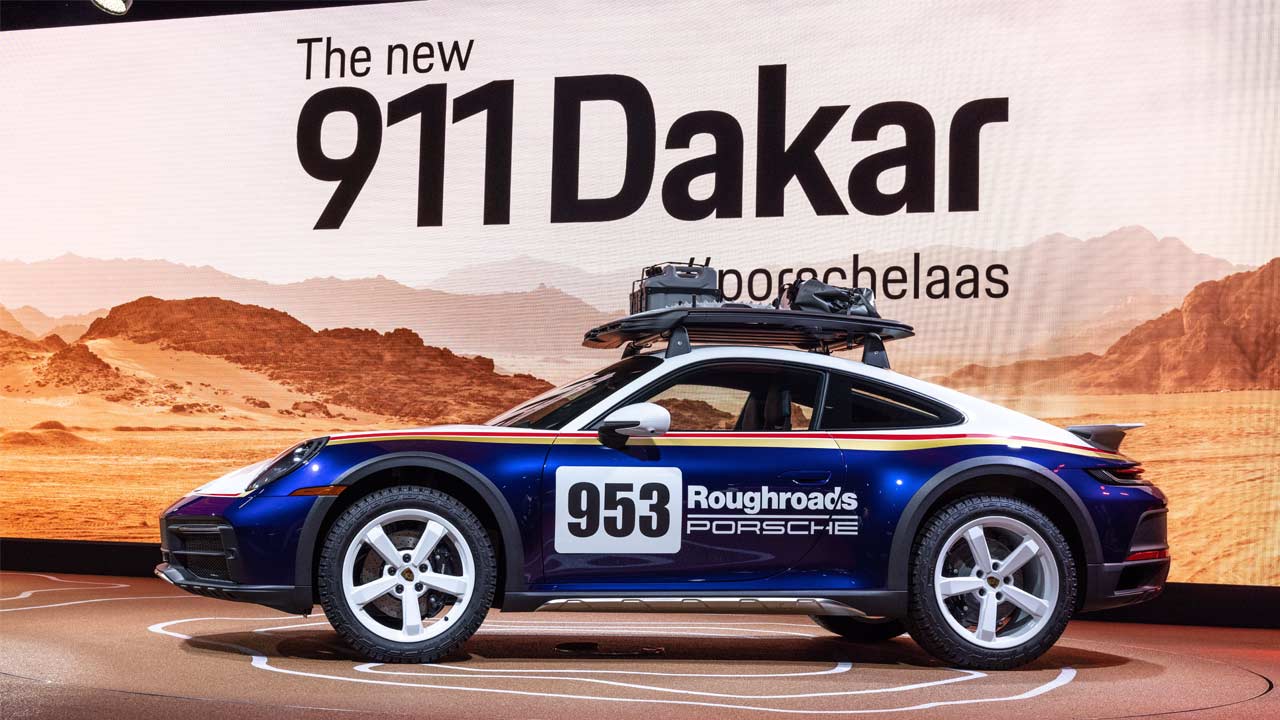 It seems like the Huracan Sterrato and its Stuttgart cousin the Porsche 911 Dakar are gonna start the trend of off-road sportscars/supercars, which I think is good for everyone and everything, because when you think about it, the buyer gets two cars in one, saving money and resources. 😉 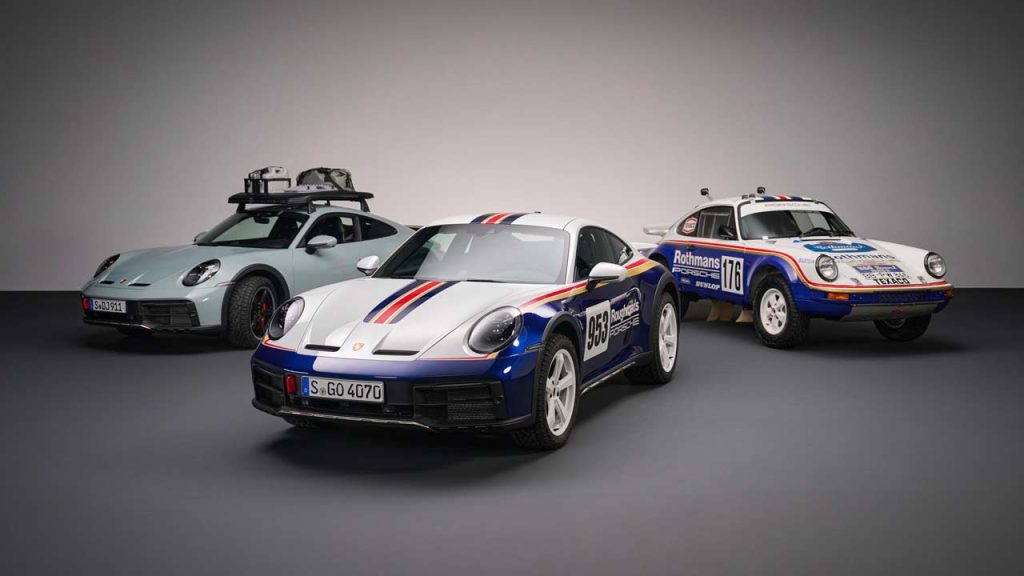 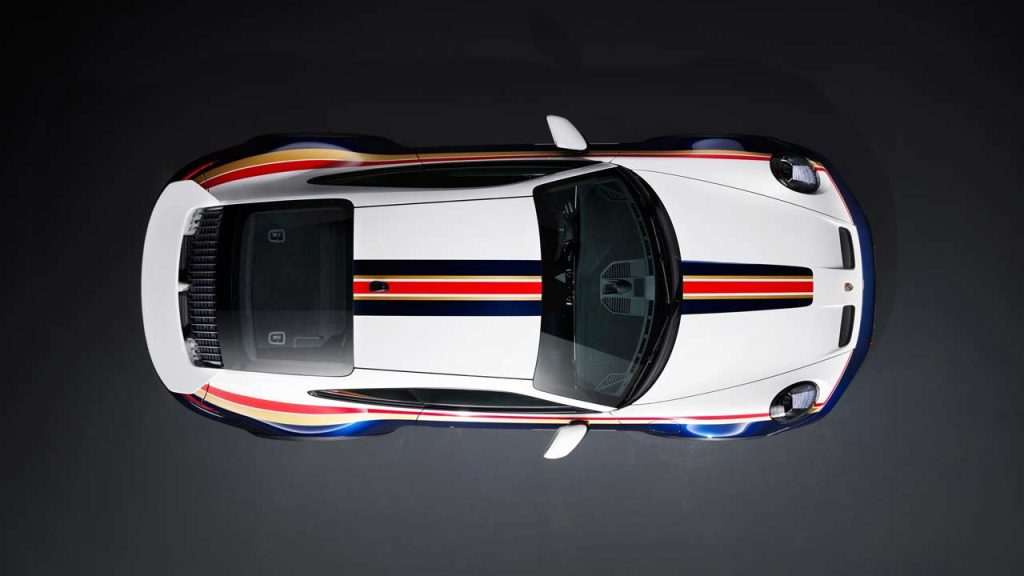 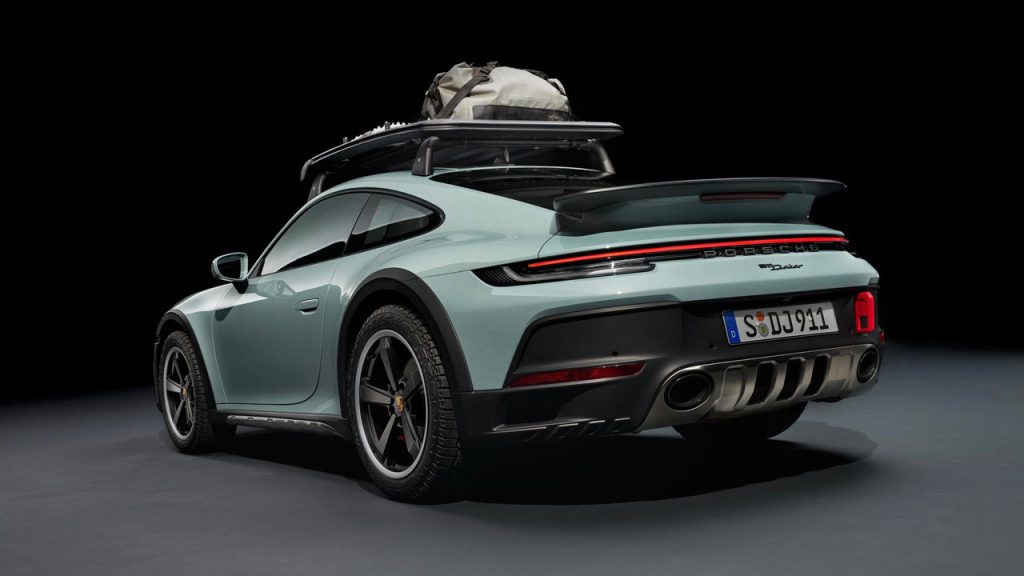 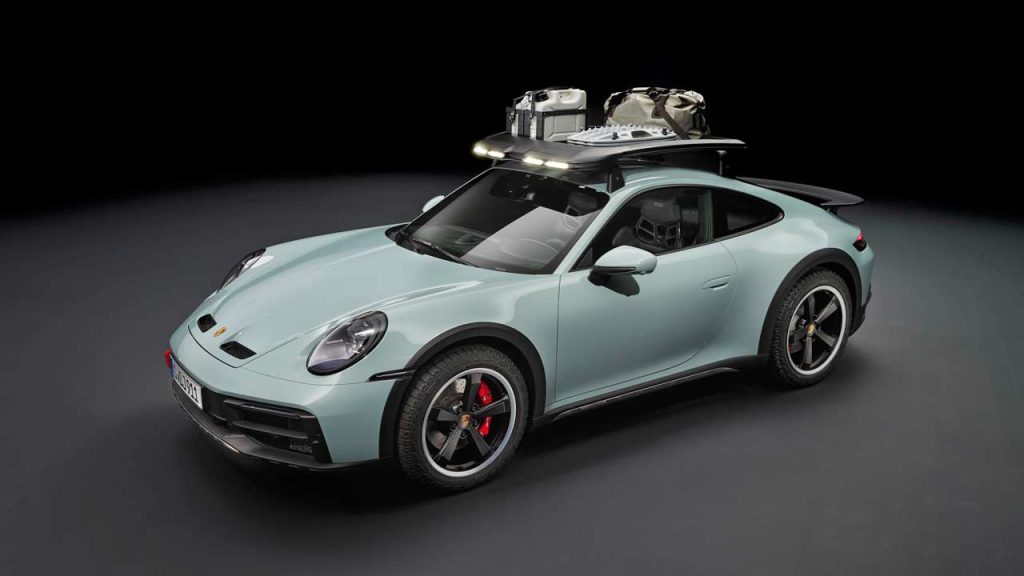 The 911 Dakar is a homage to Porsche’s victory in the 1984 Paris-Dakar Rally. It was also during the same time Porsche offered all-wheel-drive versions of the 911. BTW, if you fancy that homage livery on your 911 Dakar, Porsche will happily sell you the optional Rallye Design Package for €26,061. A roll cage, 6-point harnesses, and a fire extinguisher are all part of this optional package.

But anyway, the 911 Dakar rides 50 mm higher than a 911 Carrera with sports suspension. But that’s not all, the standard lift system can raise the front and rear ends an additional 30 mm. The ‘high level’ setting is available at speeds of up to 170 km/h (106 mph), and past those speeds, the car automatically lowers back down to its normal level. 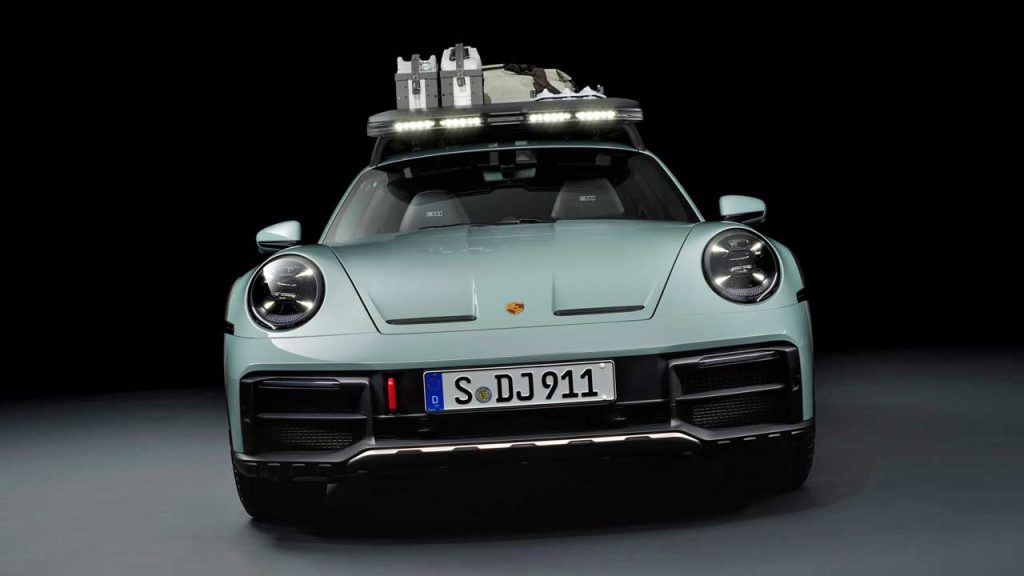 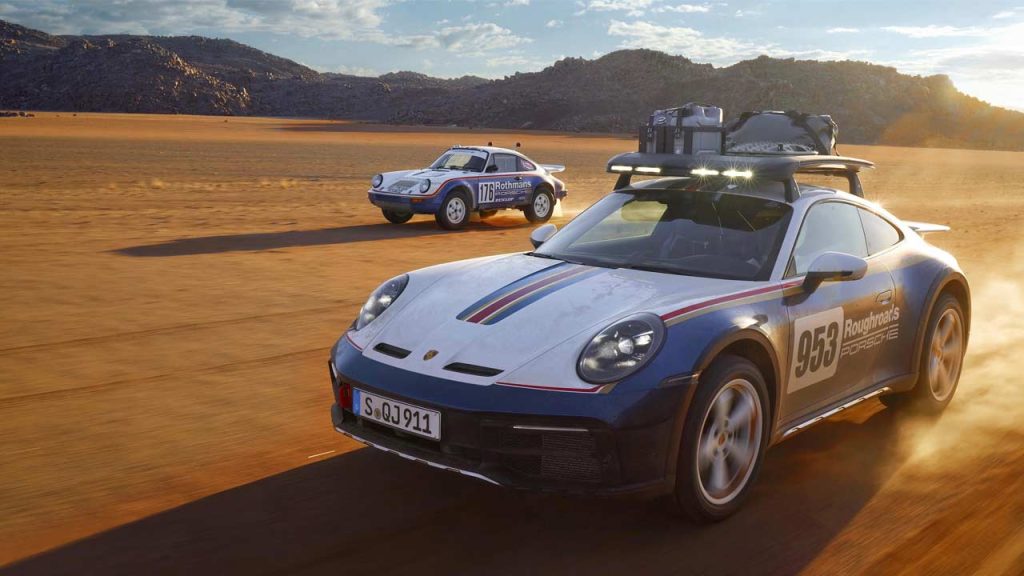 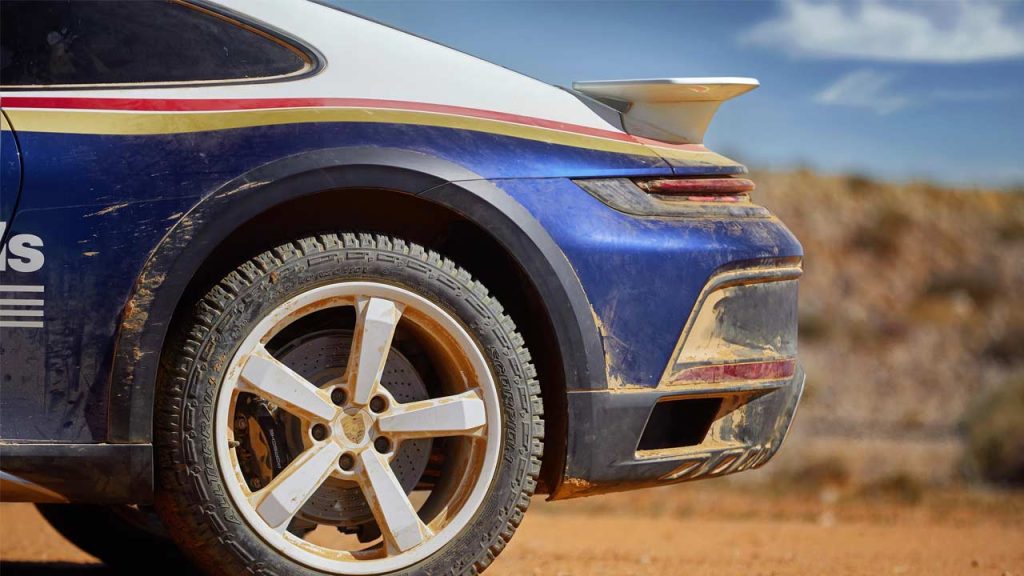 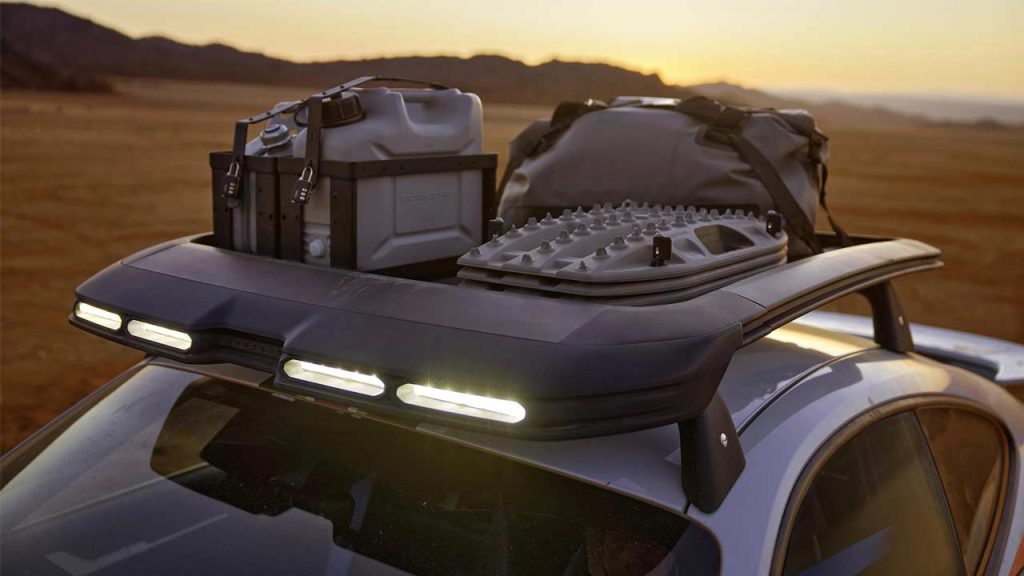 The 911 Dakar rides on specially developed Pirelli Scorpion All Terrain Plus tyres (245/45 ZR 19 at the front and 295/40 ZR 20 at the rear). The chunky tread pattern is 9 mm deep and the reinforced sidewalls and the threads consist of two carcass plies. Pirelli P Zero summer and winter tyres are available as an option, also with two carcass plies. The fixed rear spoiler is made of CFRP, and of course, the CFRP front bonnet/hood is lifted straight off a 911 GT3. The contrast red front & rear tow hooks are made of aluminium, while the skid plates are made of stainless steel. The roof rack is an optional extra and comes with a 12-volt power outlet to hook up that additional LED unit; it has a carrying capacity of 42 kg (93 lbs). 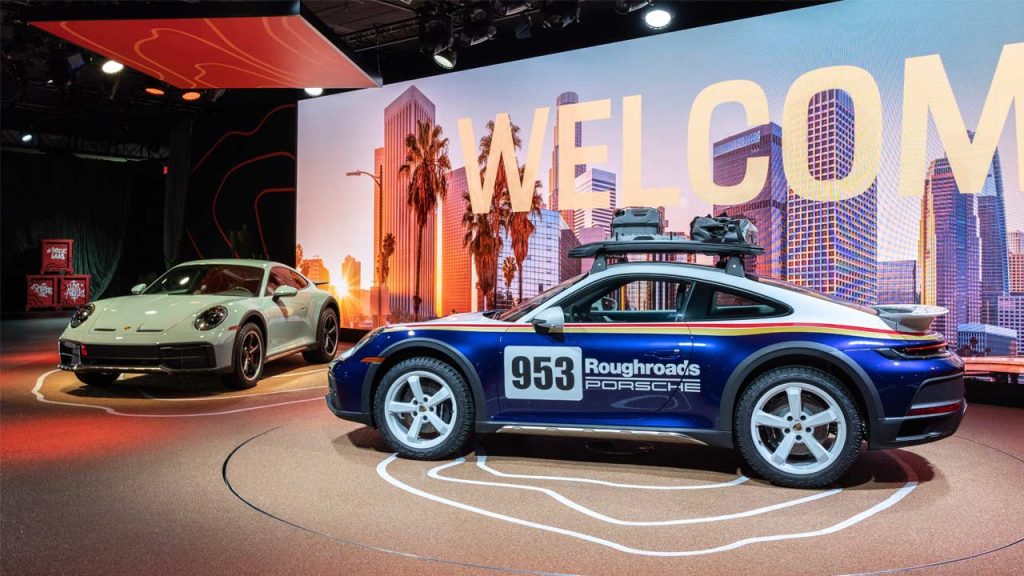 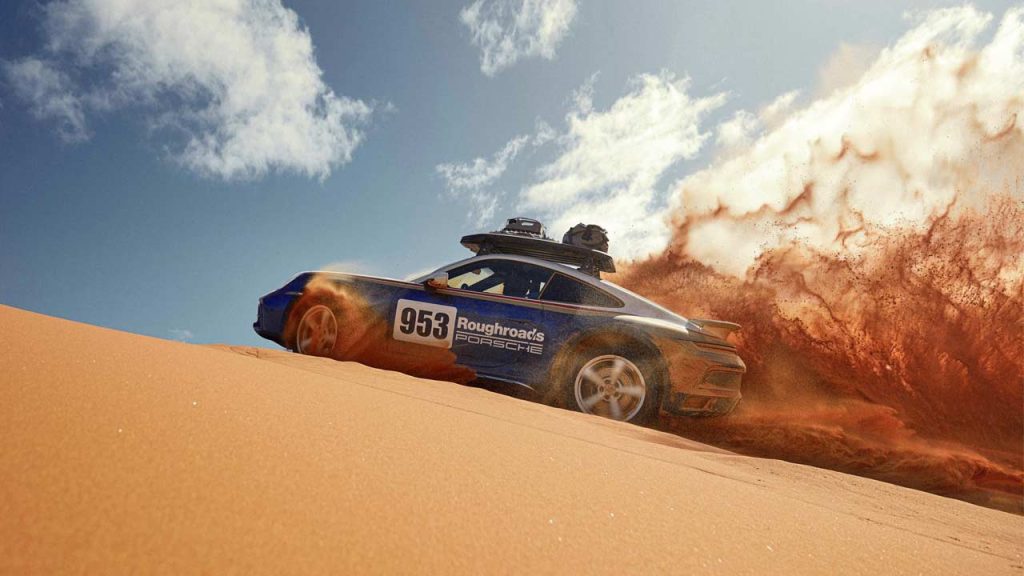 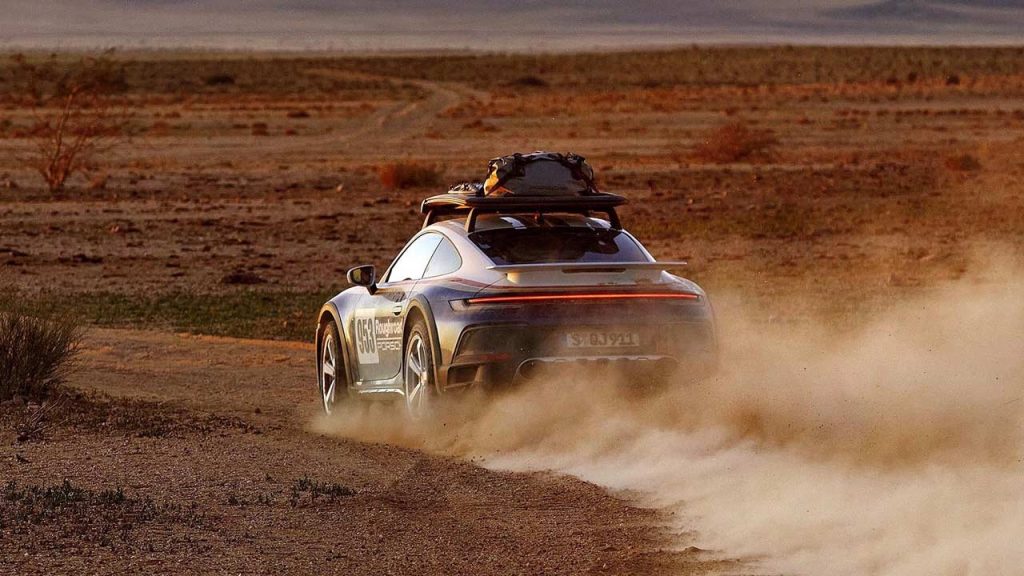 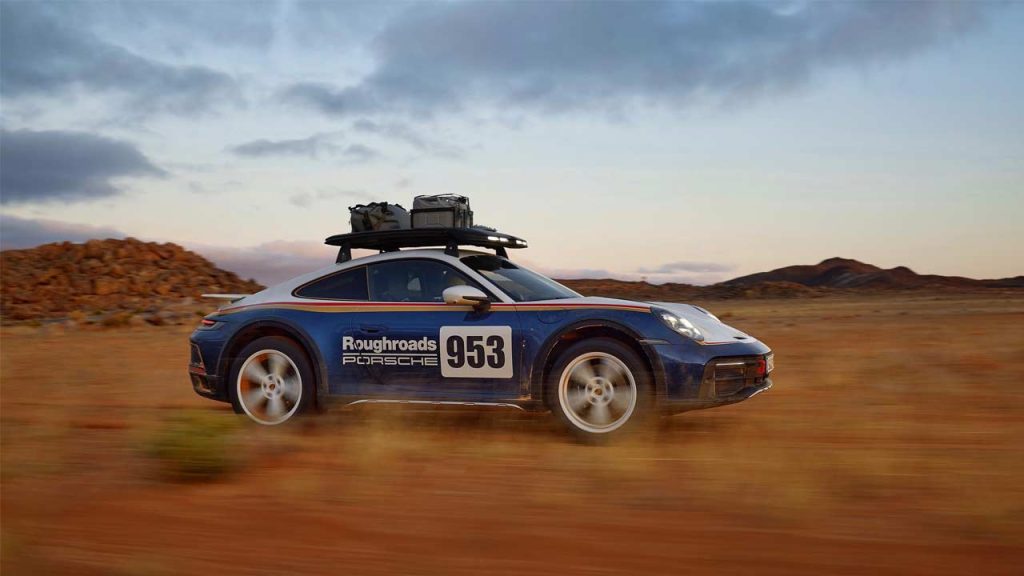 Further standard equipment includes rear-axle steering, anti-roll stabilization, and engine mounts from the 911 GT3. The driver gets to play with two new modes: Rallye mode for loose and uneven surfaces and Offroad mode—which is self-explanatory (extra ground clearance is activated automatically). The Rallye Launch Control will be available in both modes, which enables a wheel slippage of around 20%. 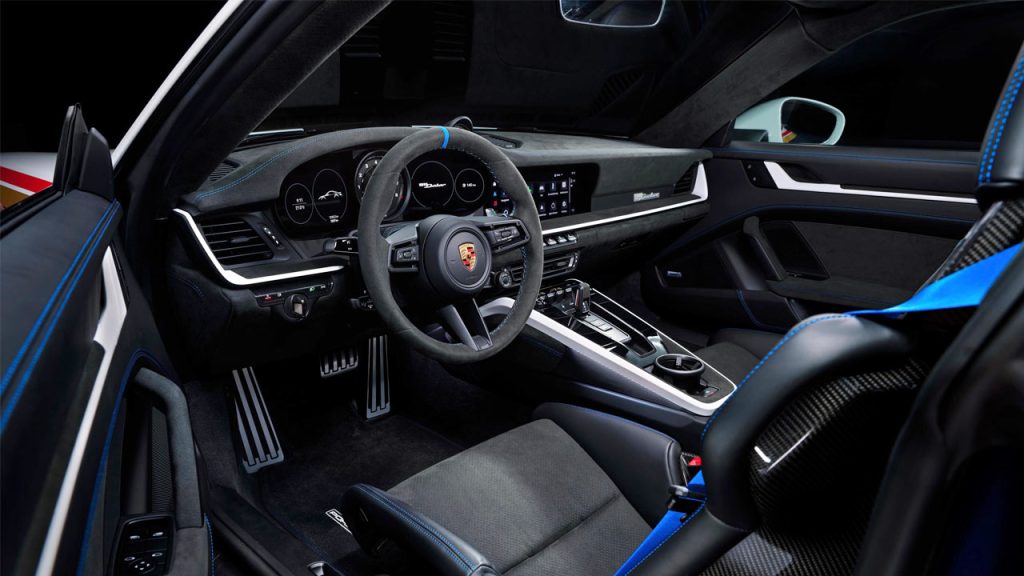 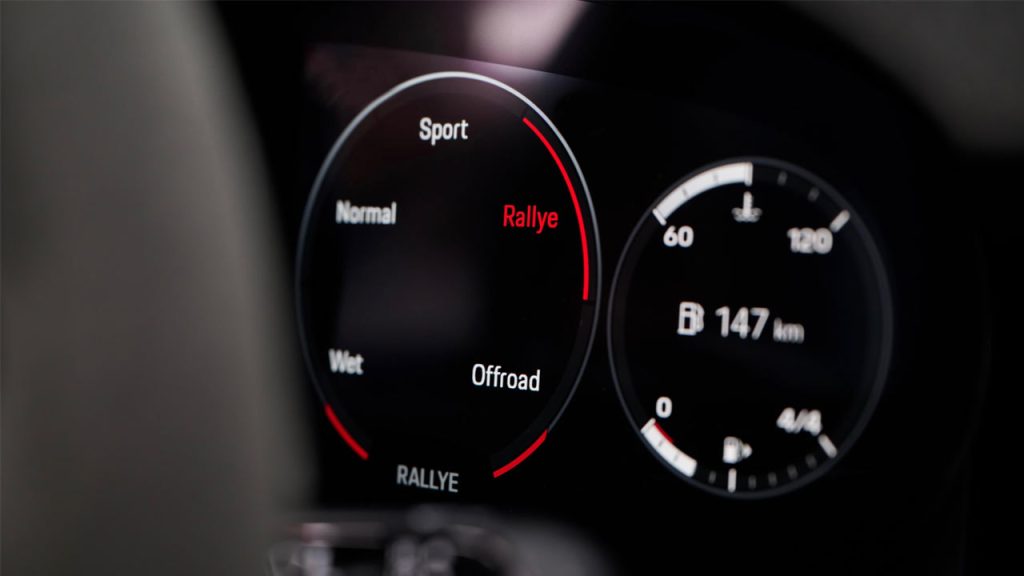 On the inside, you get standard full bucket seats and standard deletion of the rear seats. Lightweight glass and a lightweight battery further shave the weight, resulting in the vehicle weighing in at 1,605 kg (3,538 lbs), which is just 10 kg (22 lbs) heavier than the 911 Carrera 4 GTS with PDK.