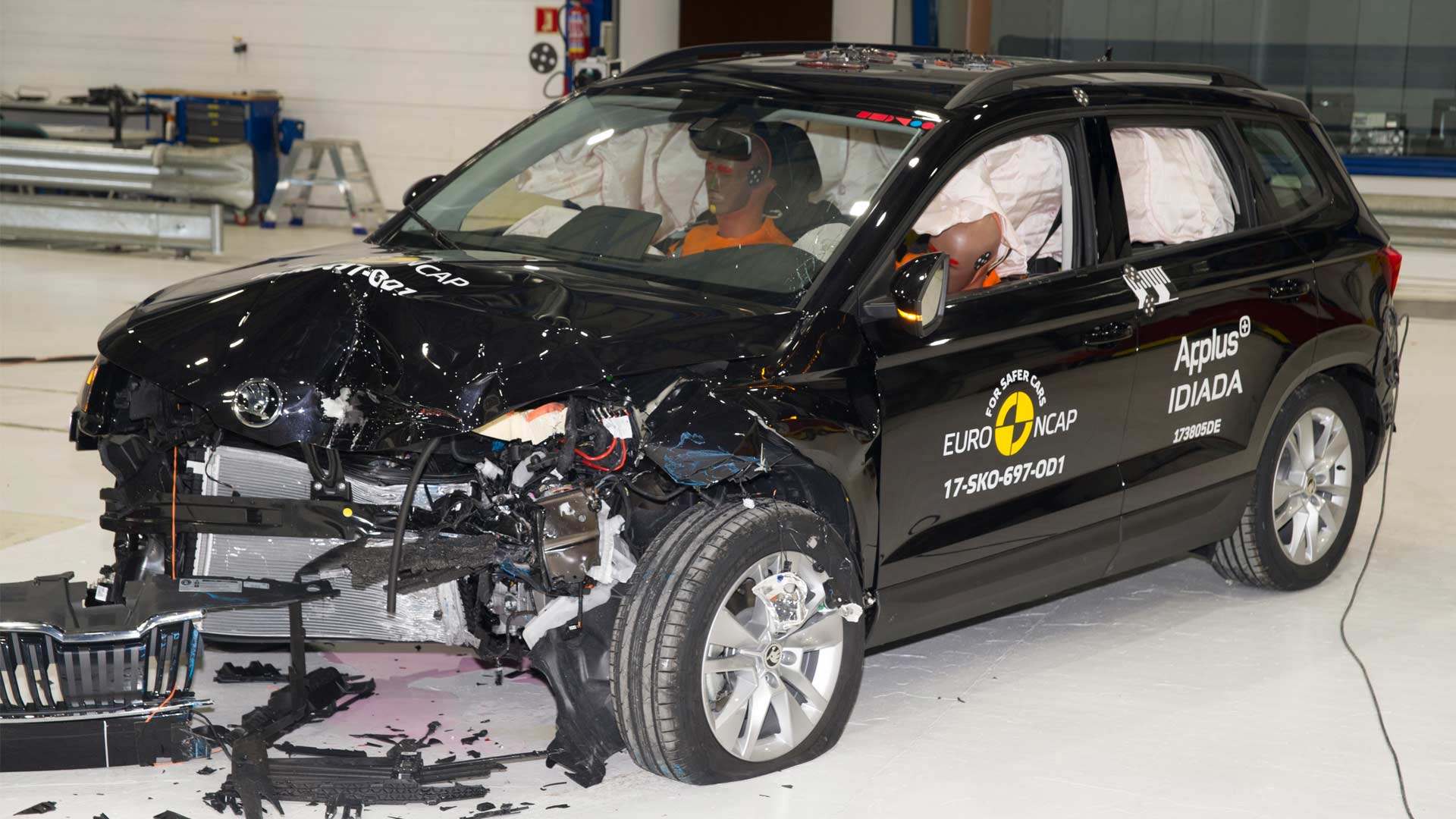 Skoda’s new compact SUV Karoq has scored 5 Stars in the Euro NCAP crash test results. The SUV scored 93% for the adult occupant, 79% for the child, and 73% for the pedestrian protection.

Adult Occupant
For the adult occupant protection, the report stated that the passenger compartment remained stable in the frontal offset test. Dummy readings indicated good protection of the knees and femurs of both the driver and passenger. In the full-width rigid-barrier test, protection of both occupants was good or adequate except for the chest of the rear passenger, protection of which was rated as marginal.

In the side barrier test, protection of all critical body areas was good and the Karoq scored maximum points. In the more severe side pole test, protection of the chest was adequate and that of other parts of the body was good. Tests on the front seats and head restraints demonstrated good protection against whiplash injuries in the event of rear-end collision. A geometric assessment of the rear seats also indicated good whiplash protection. The standard-fit autonomous emergency braking system performed well in tests of its functionality at the low speeds typical of city driving at which many whiplash injuries are caused, with collisions avoided or mitigated at all test speeds.

Child Occupant
As for the child occupant, in the frontal offset test, protection of the chest of the 6 year dummy was rated as weak based on dummy readings of deceleration, and neck protection of both dummies was rated as marginal based on readings of tensile forces. In the side barrier test, protection of all critical body regions was good for both dummies. The front passenger airbag can be disabled to allow a rearward-facing child restraint to be used in that seating position. All of the restraint types for which the Karoq is designed could be properly installed and accommodated, said the report.

Pedestrain protection
The report said that the protection provided by the bonnet to the head of a struck pedestrian was predominantly good or adequate, with poor results being recorded on the stiff windscreen pillars. The bumper provided good protection to pedestrians’ legs and scored maximum points. The protection provided to the pelvis area was mixed. Tests of the pedestrian detection function of the autonomous emergency braking system demonstrated good performance, with collisions avoided or mitigated in all scenarios.

The Karoq is an important vehicle for Skoda in India as well. The compact SUV has already been imported to the country for testing purposes.