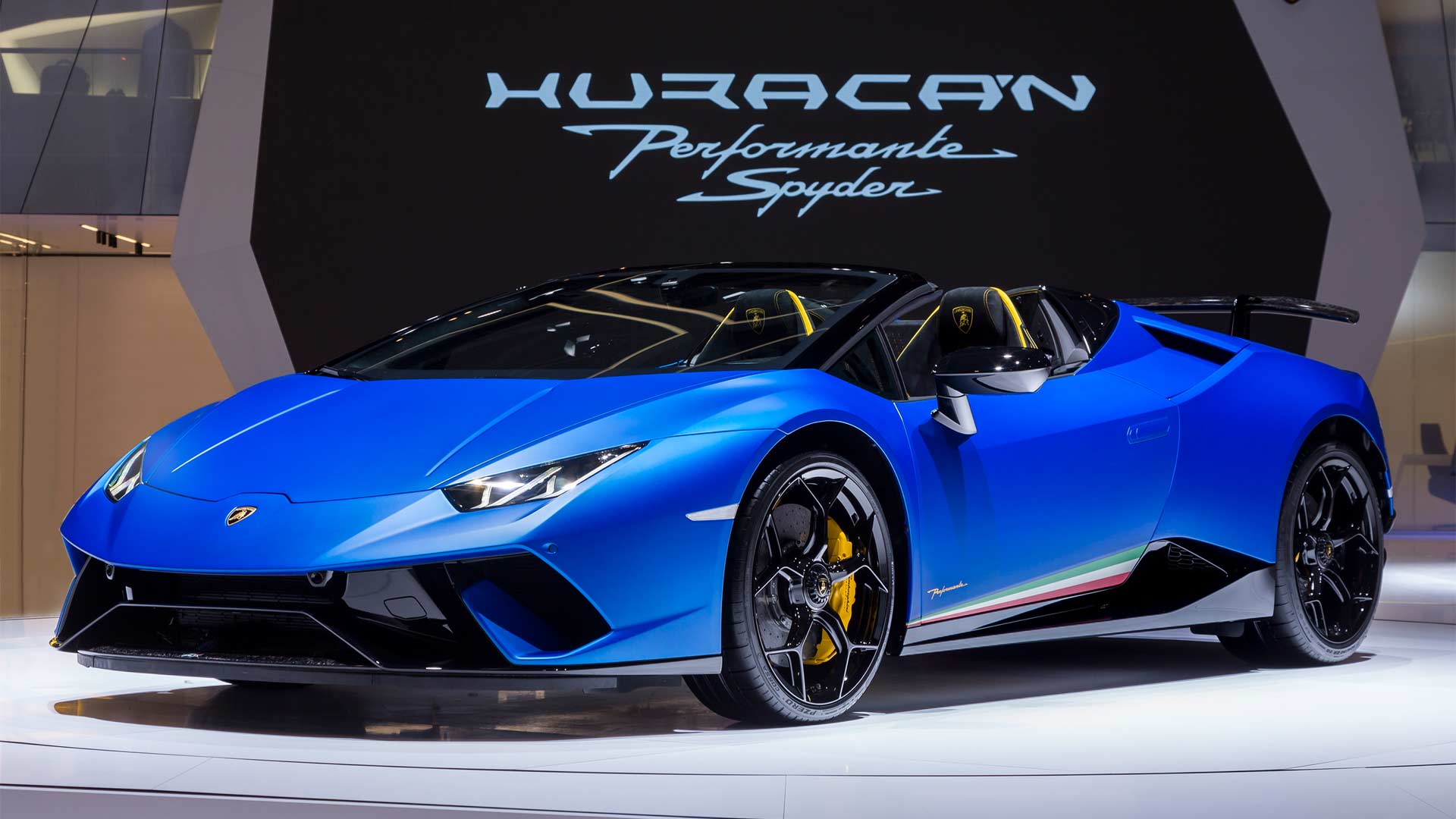 Lamborghini has unveiled the Huracan Performante Spyder at the 2018 Geneva Motor Show, a year after unveiling the Performante coupe at the same place. 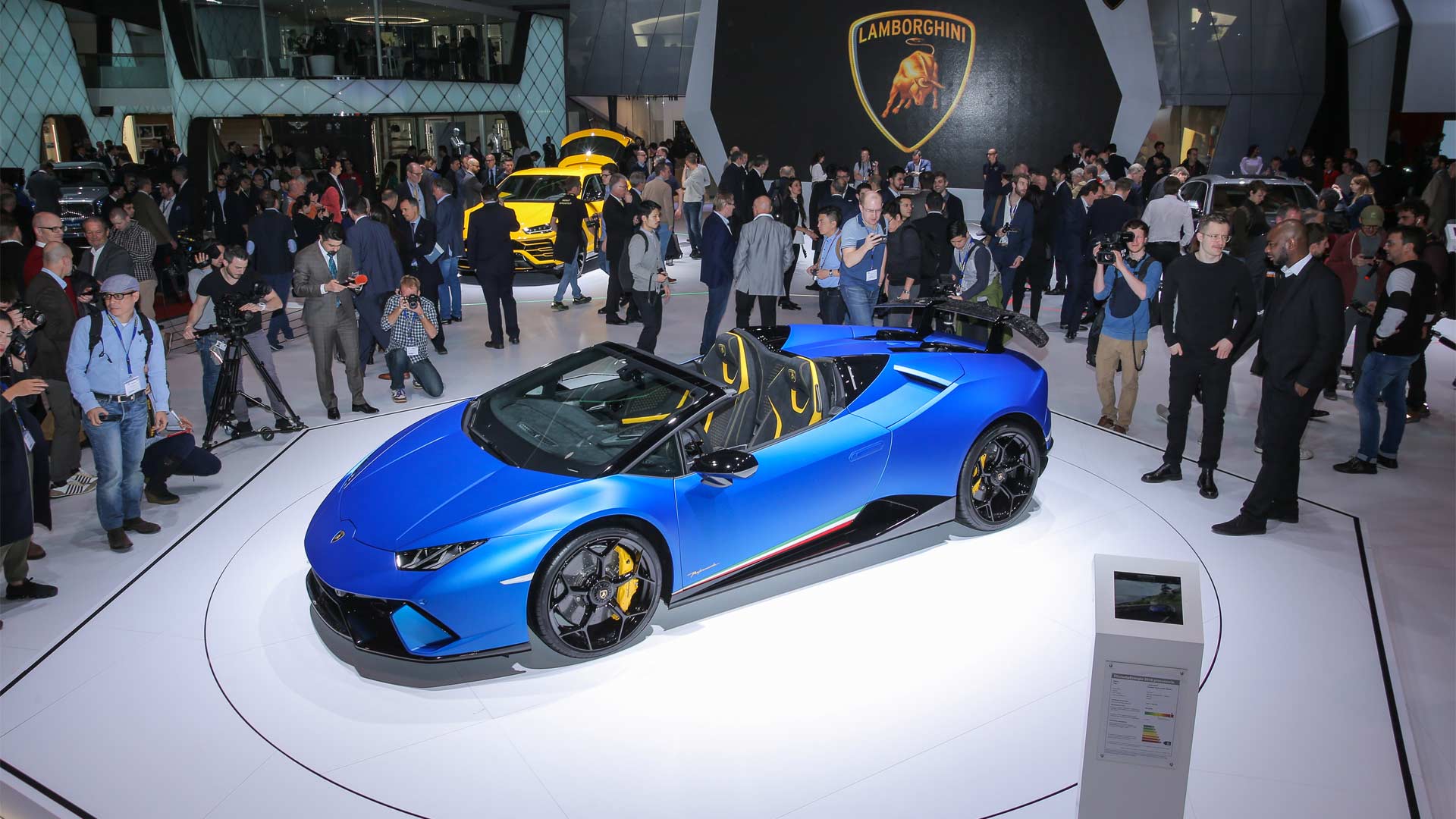 The Performante Spyder weighs 35 kg less than the standard Huracan Spyder, but a substantial 125 kg heavier than the Performante coupe (1,507 kg Vs 1,382 kg dry weight), which also explains the 0.2 seconds slower sprint time. Top speed, however, is the same as the coupe at 325 km/h. 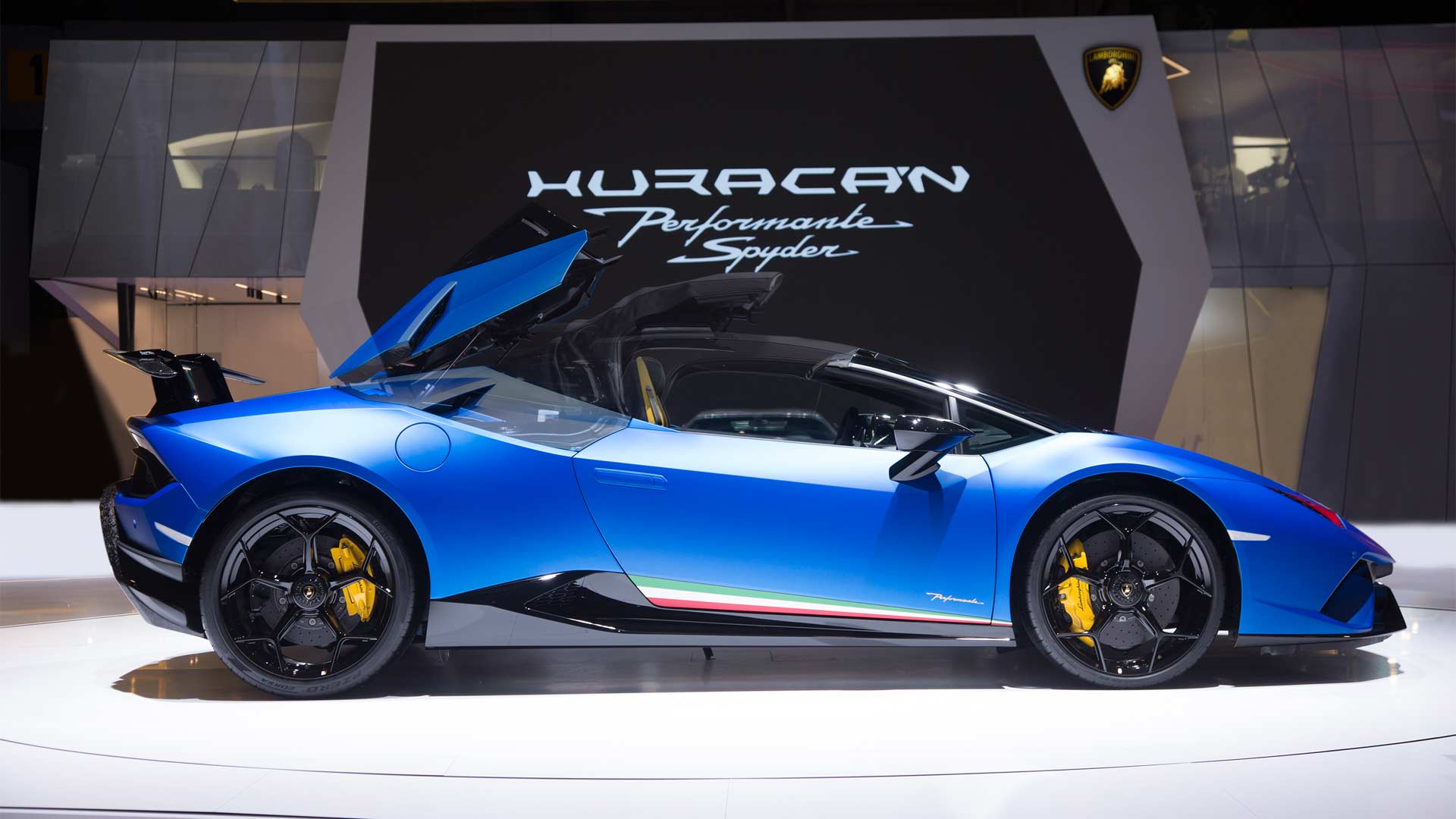 The roof opens in 17 seconds and can be operated at speeds of up to 50 km/h (30 mph). The rear window can also be electrically opened, which functions as a windshield when closed. When the roof is down, the Performante Spyder’s design incorporates two movable fins, which rise out of the folding roof casing and continue the roofline from seatbacks to the rear of the car, lending the Spyder its distinctive silhouette. An integrated duct within the fins reduces turbulence in the headroom during open-top driving. Two additional, removable wind guards help reduce wind buffeting so that the occupants can hear each other even at high speeds. 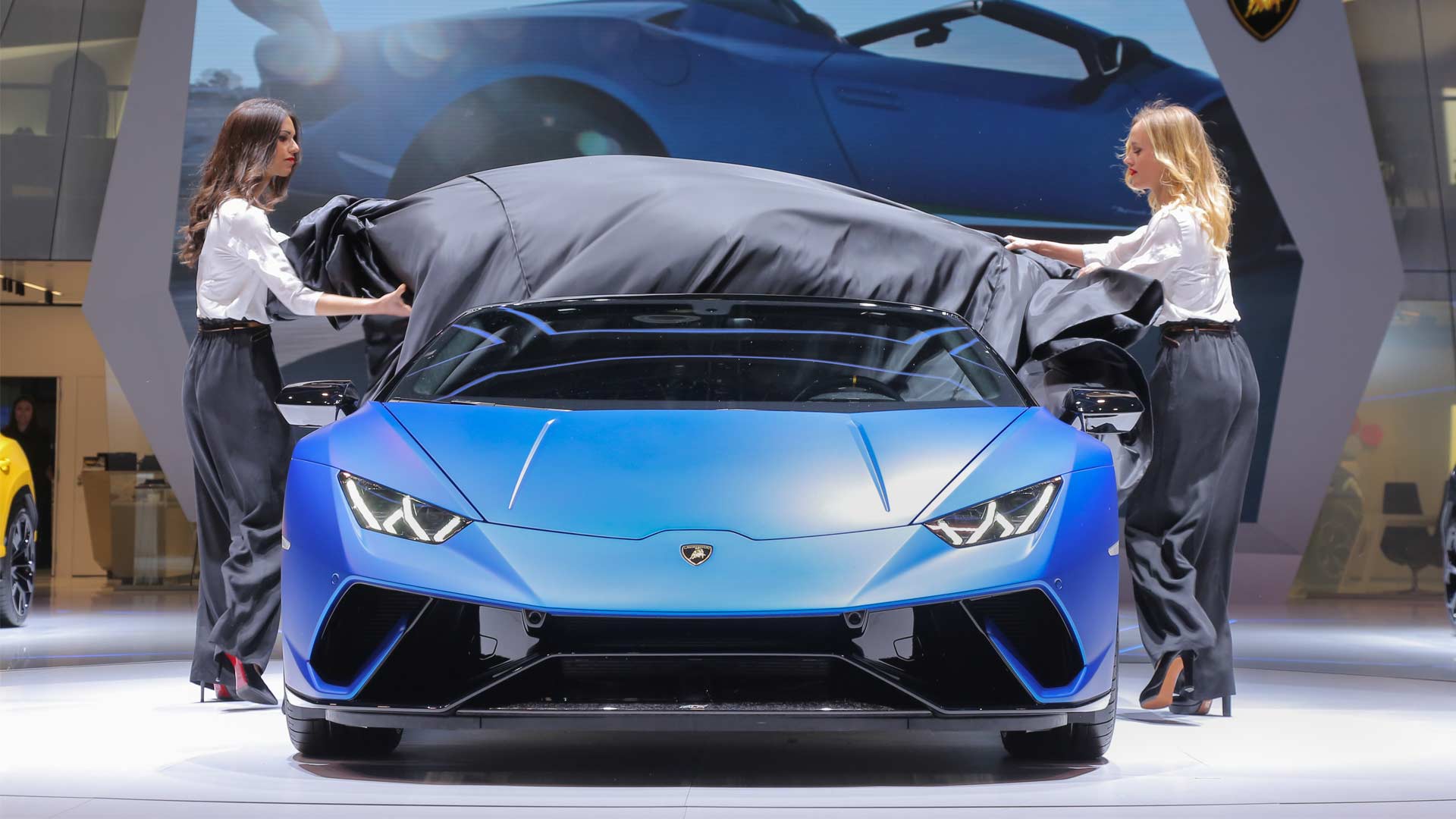 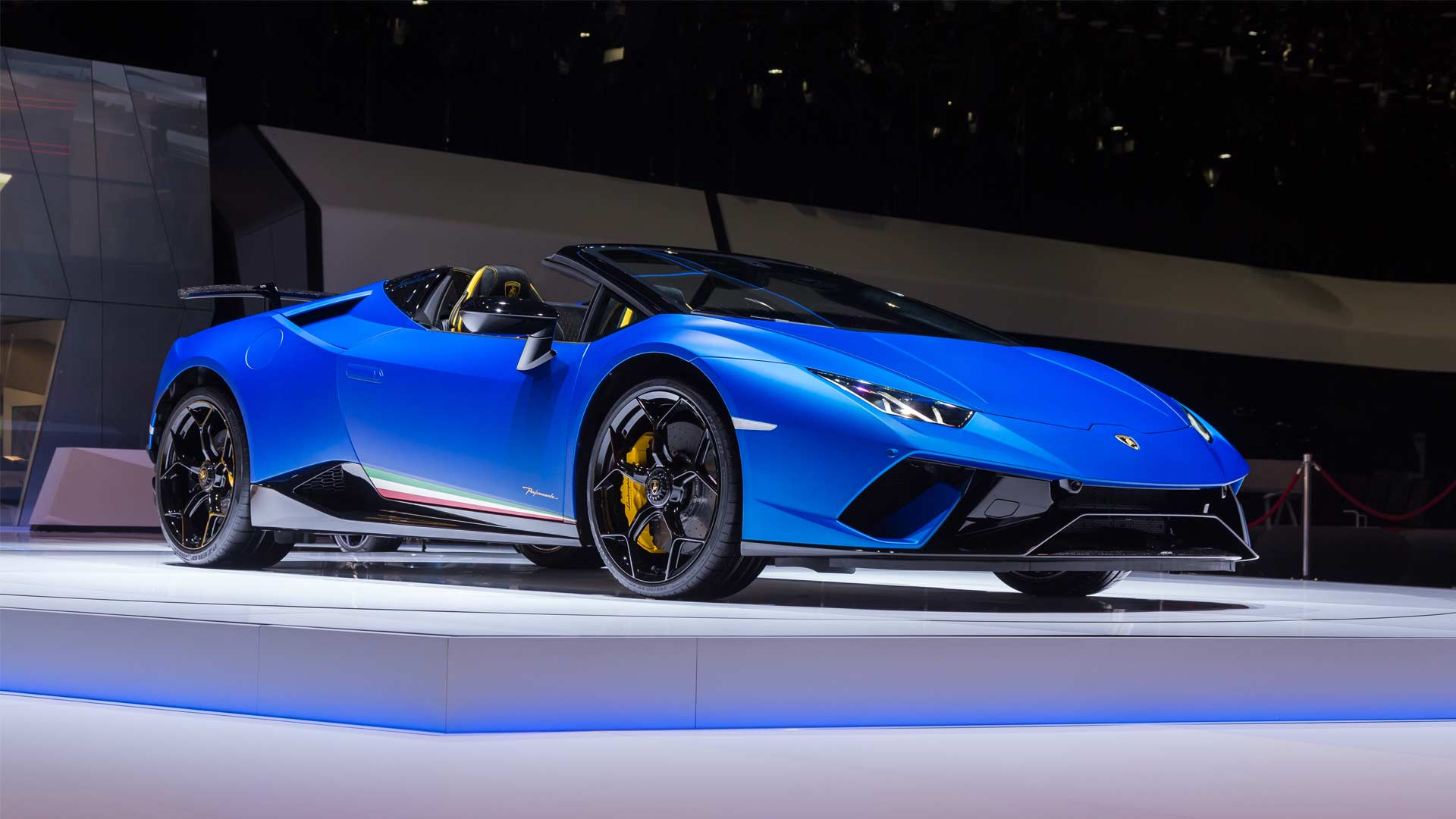 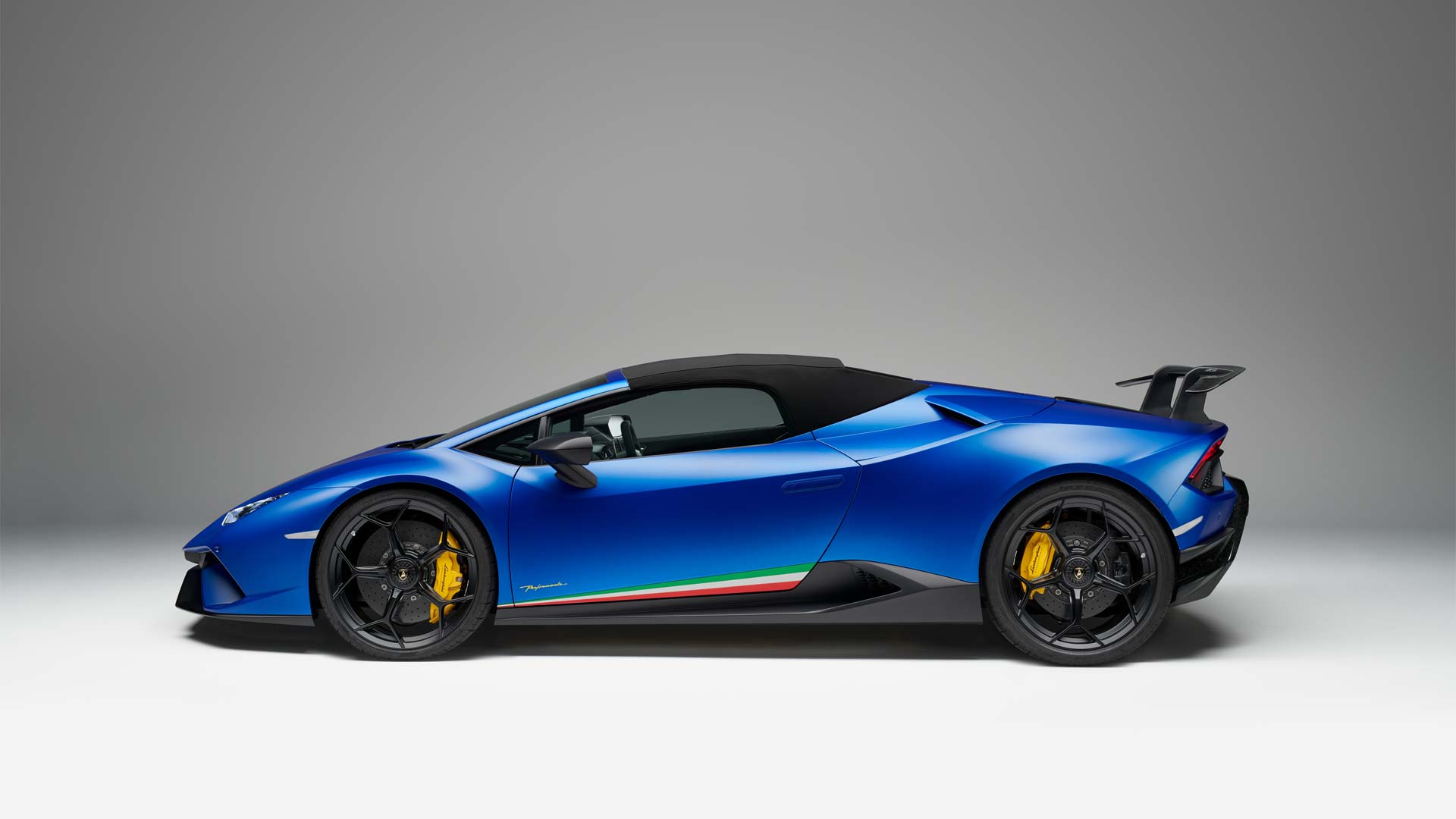 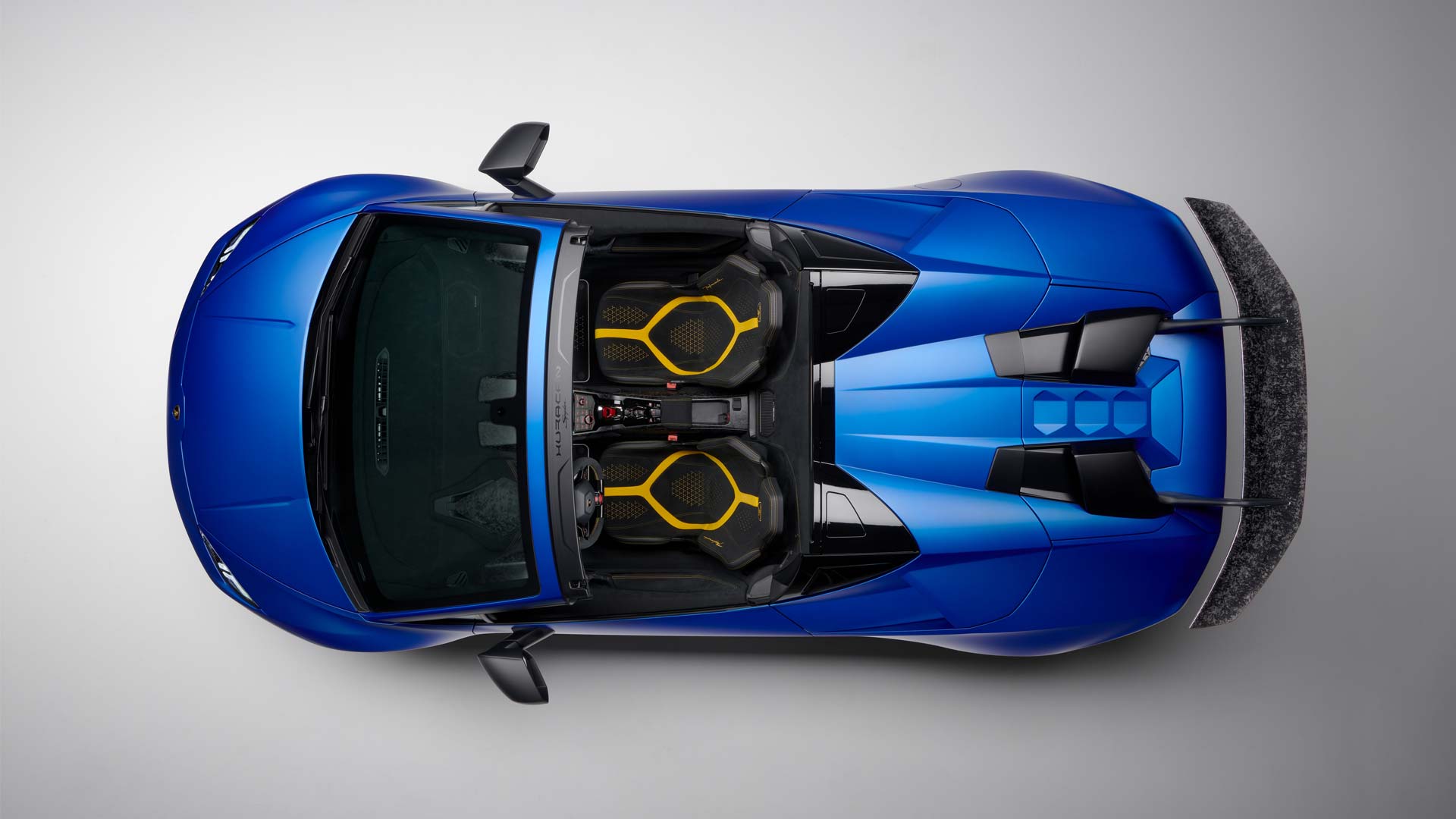 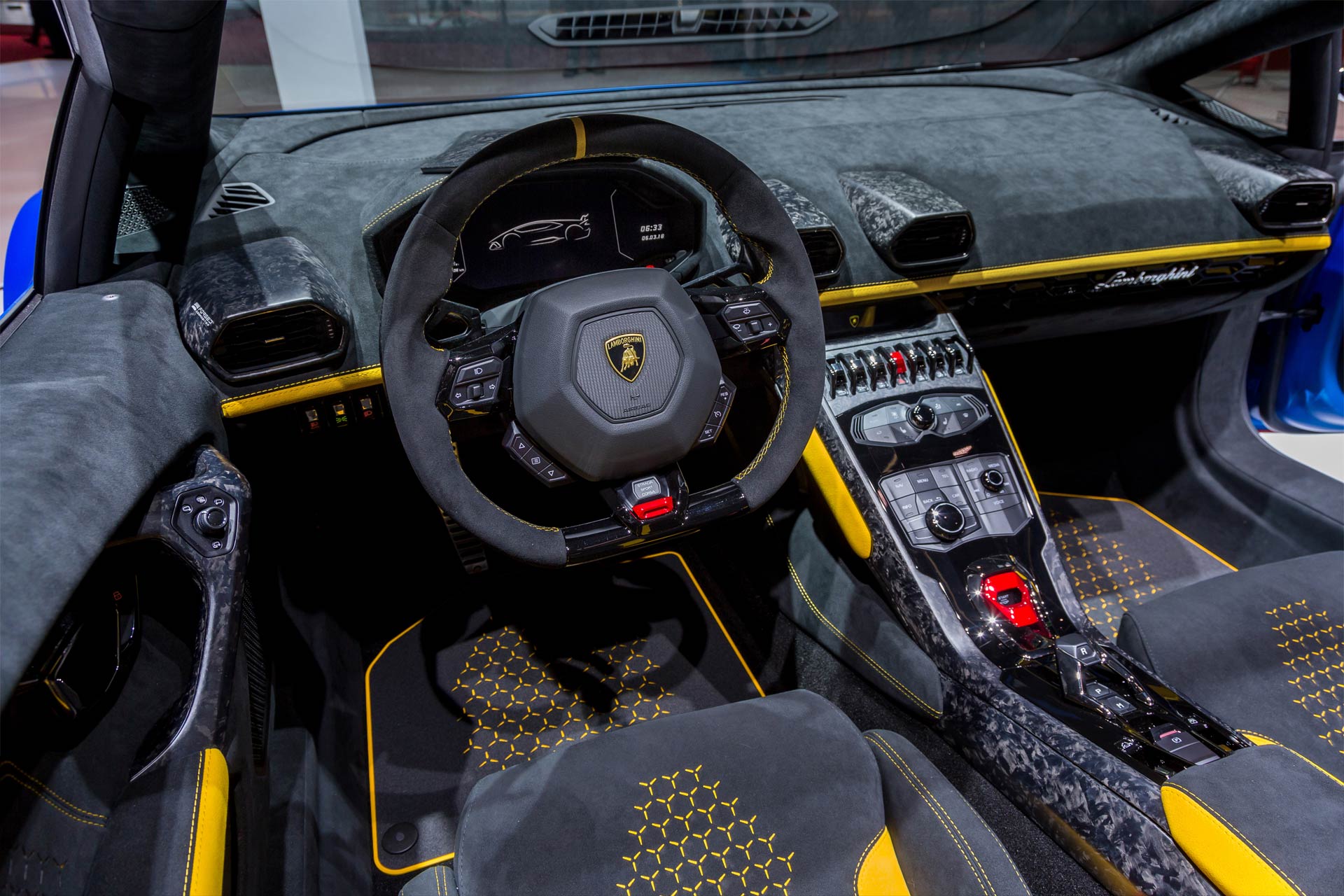 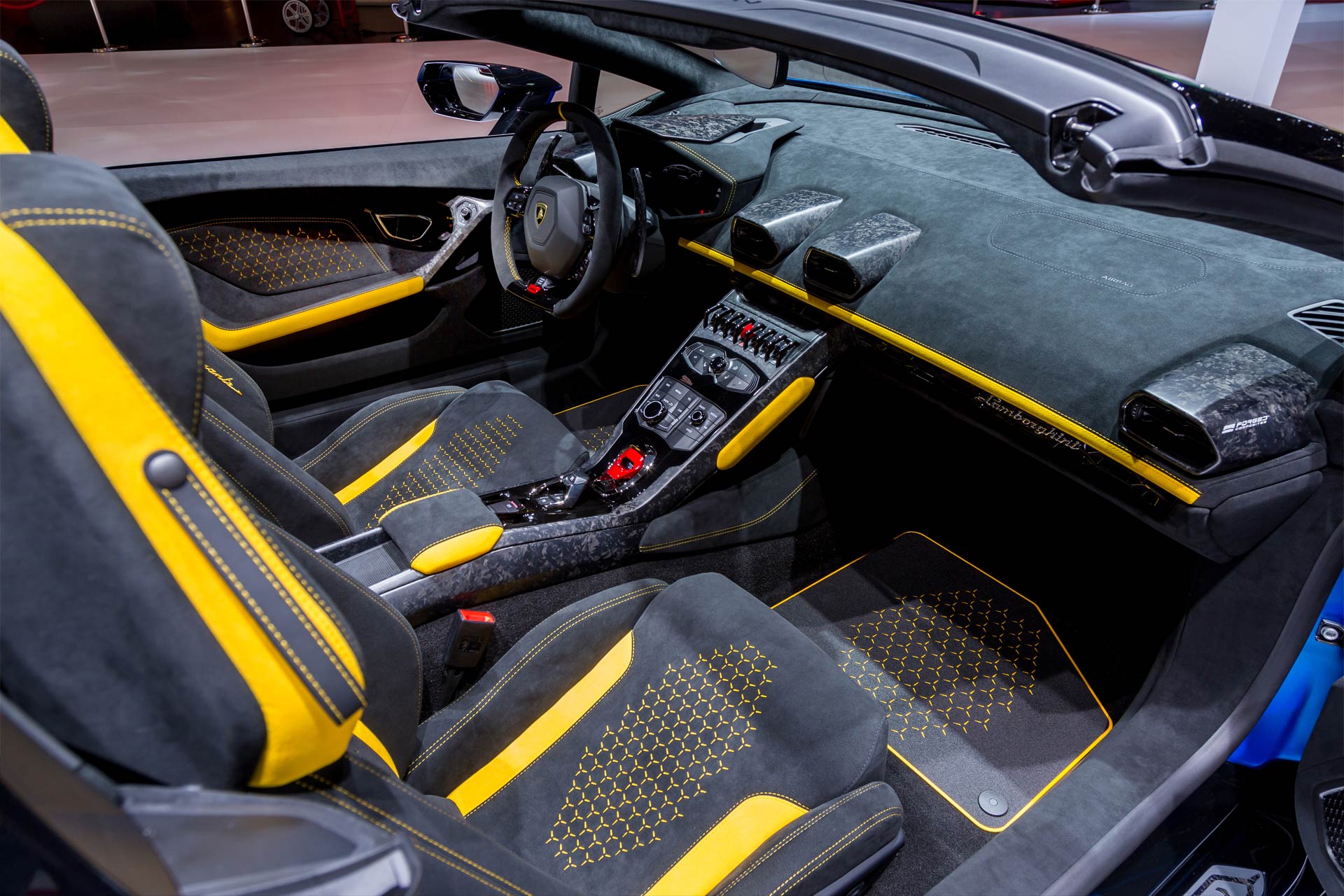 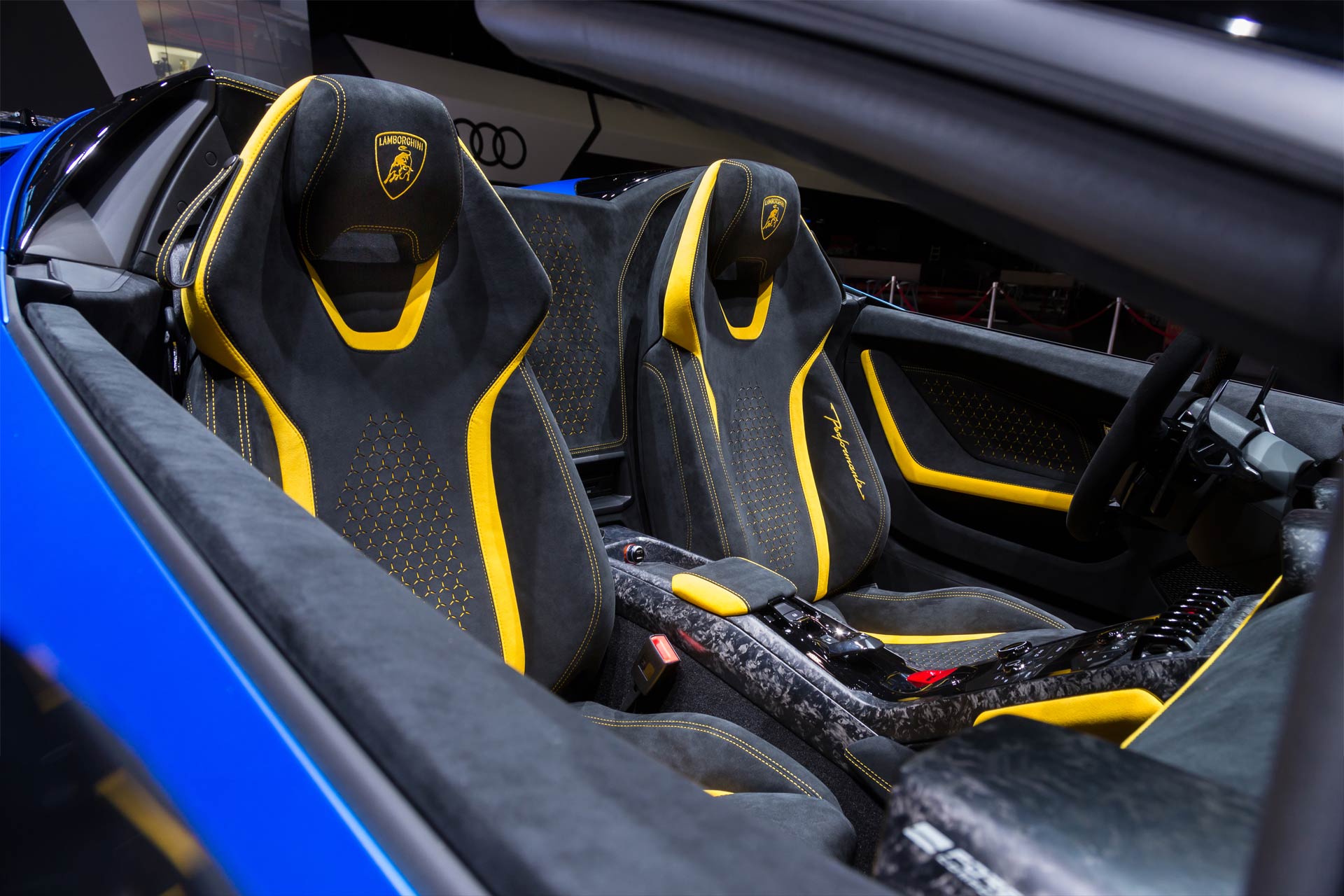 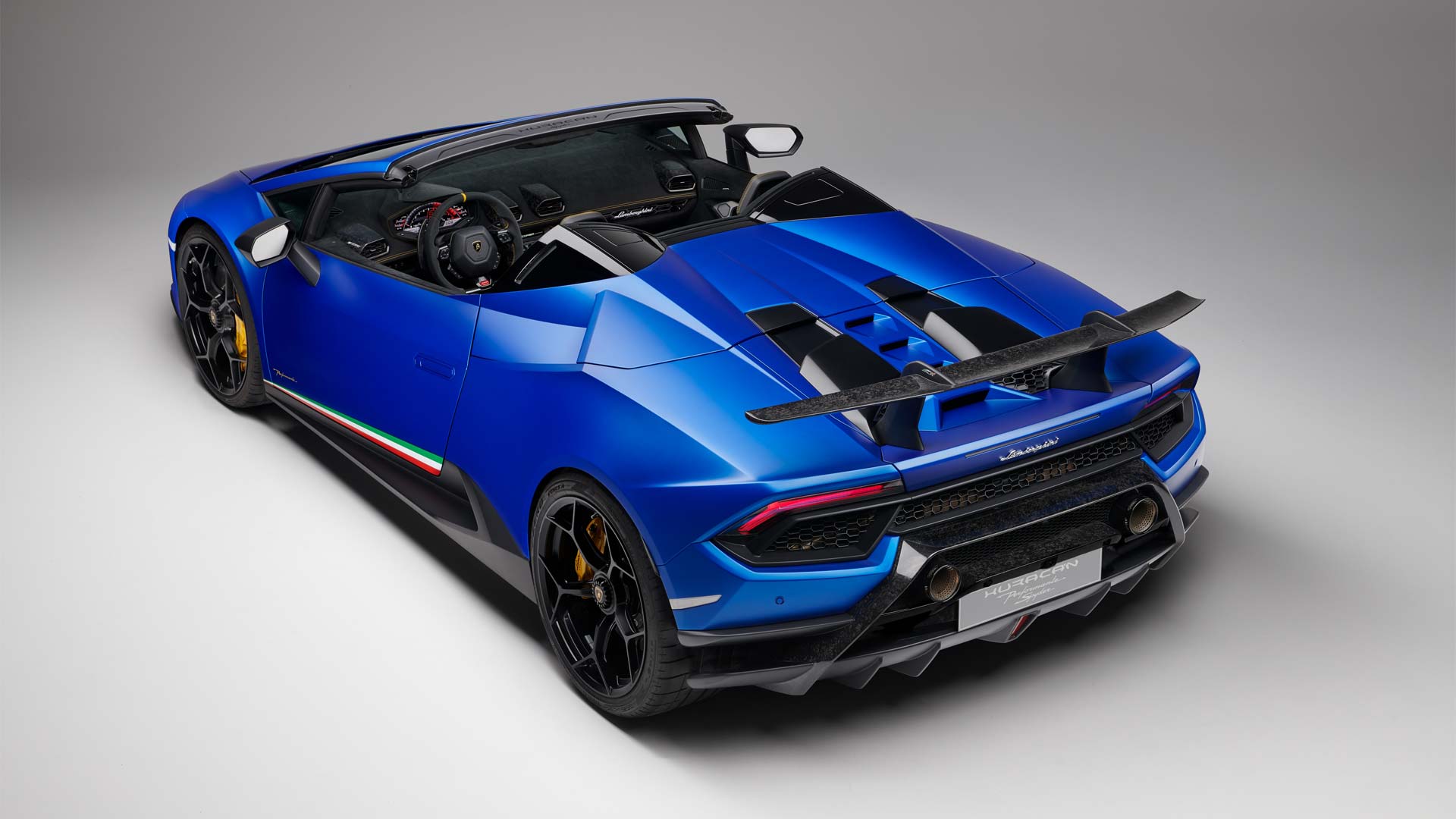 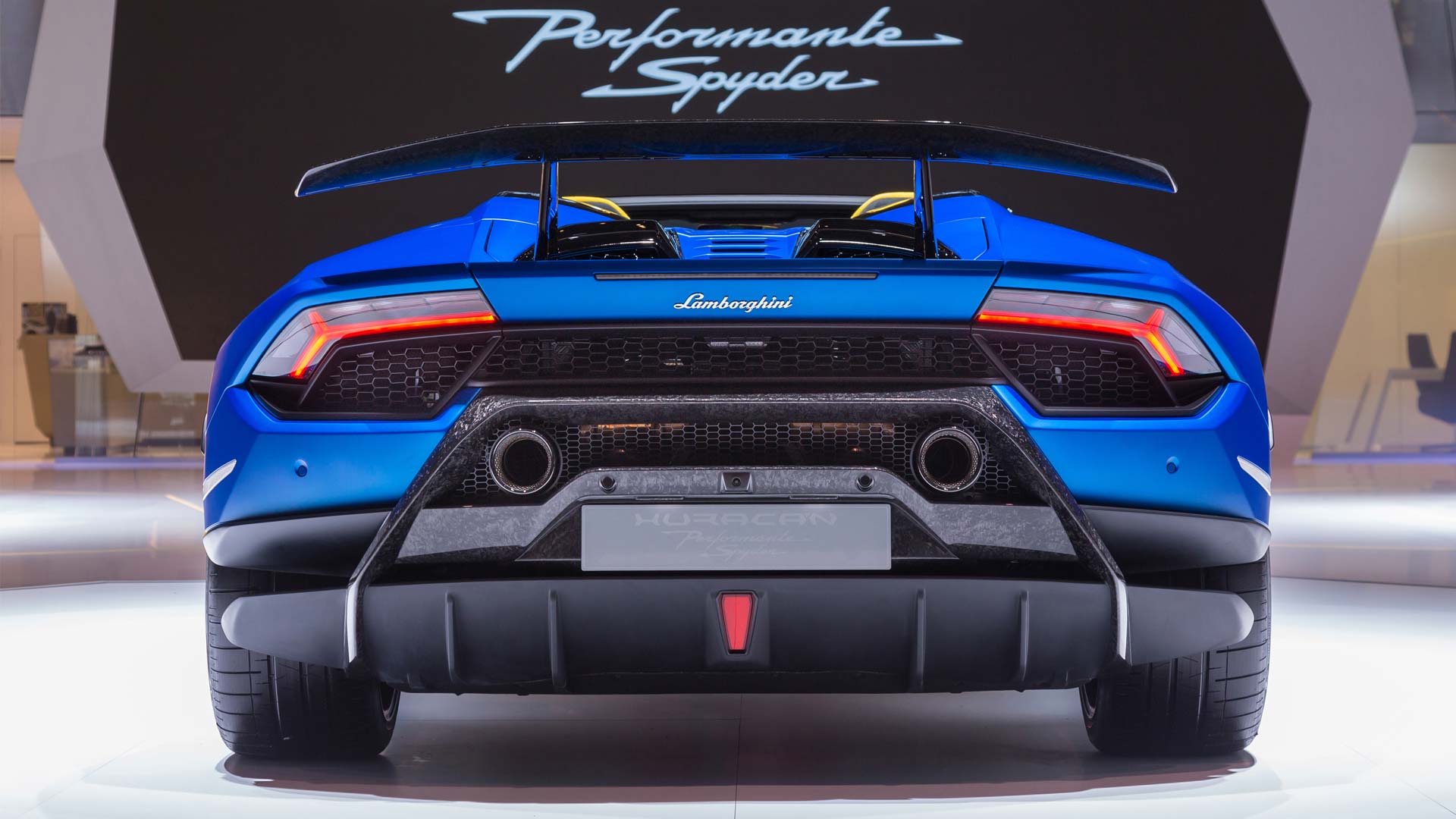 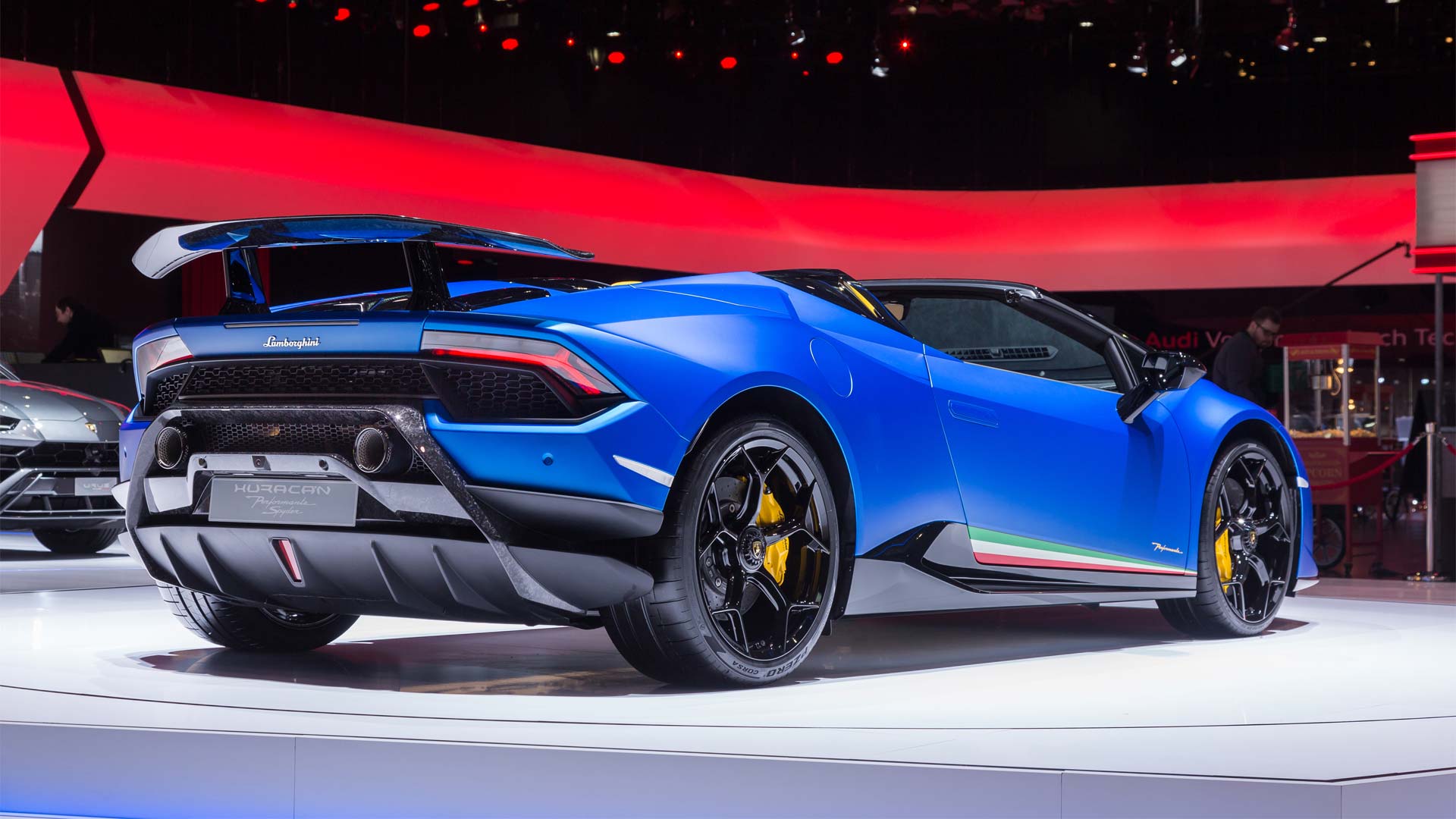