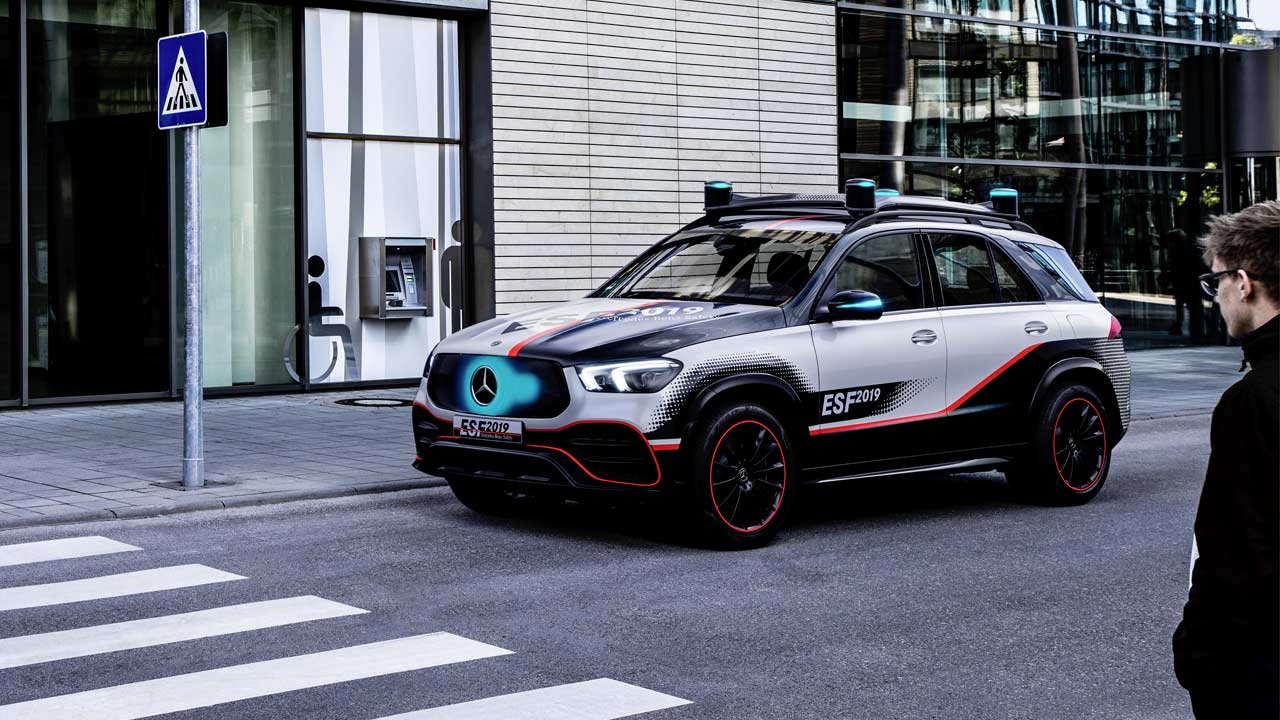 We all have been honked at for stopping to let someone cross the road or if we unexpectedly spot a vehicle broken down in front of us. The vehicles behind us honk non-stop because in most cases they can’t see what’s going on in front of us; we might have done it too several times. Mercedes-Benz has a solution which might solve that problem.

The solution is called Experimental Safety Vehicle or ESF for short. Based on the new GLE, the plug-in hybrid vehicle packs a host of safety technology that might make it into a future production vehicle.

The technology includes Active Brake Assist which can detect pedestrians and cyclists from a distance, connected child seat where the child’s vital stats can be monitored on the MBUX display, PRE-SAFE Child where the seat belt is preventively tensioned and side-mounted impact protection elements are extended before a crash, and communication with other road users and warning of a hazard too. The ESF can drive itself too and since the steering wheel and pedal cluster are retracted to reduce the risk of injury during a crash, plans have been made for alternative installation of airbags. As we can see in the picture, the driver airbag has been installed on the dashboard. The sun visor can emit daylight-like light in order to keep the driver alert. In order to keep the rear passengers motivated to wear the seat belt, a USB socket is integrated into the belt buckle, enabling mobile devices to be charged and connected only when the seat belt is fastened.

Even when parked, the ESF warns the other road users and pedestrians with its roof mounted pulsating lights, headlamps and the display panel at front which replaces the traditional grille. If a cyclist is at the rear of the vehicle and if there’s a risk of colliding with another vehicle which is about to make a turn, the ESF uses its rear windshield display to grab the cyclist’s attention. Watch the video above.

If the ESF stops to let a pedestrian cross the road, the rear windshield becomes a large display so that the vehicles behind can understand what’s going on in front of it.

The LEDs on the roof unit and animated gestures on the front display panel communicate with the pedestrians to let them know that the vehicle is allowing them to cross the road.

More cool features of the ESF include roof warning triangle, warning triangle robot, PRE-SAFE Curve which uses the belt tensioner to warn the driver that he/she has possibly underestimated an approaching bend, and a new rear airbag which uses a new inflation concept to deploy and positioning.

The ESF 2019 will make its public appearance at the International Motor Show (IAA) in Frankfurt in September 2019. 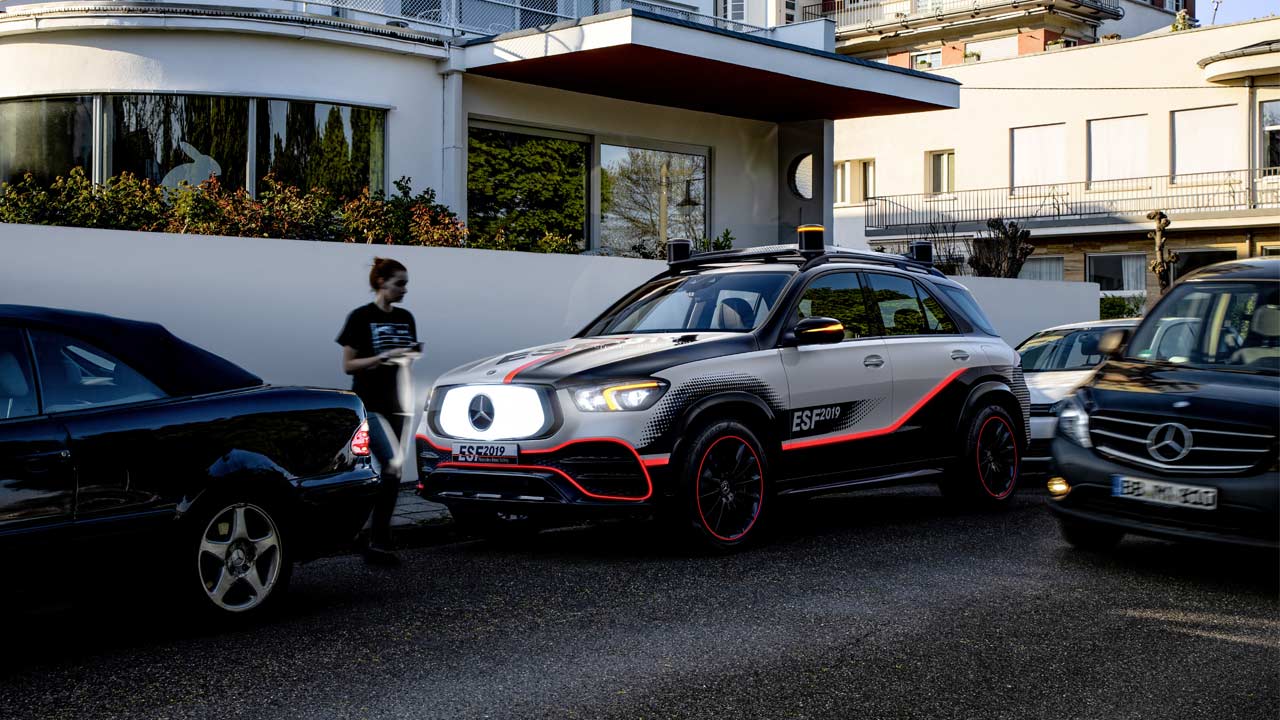 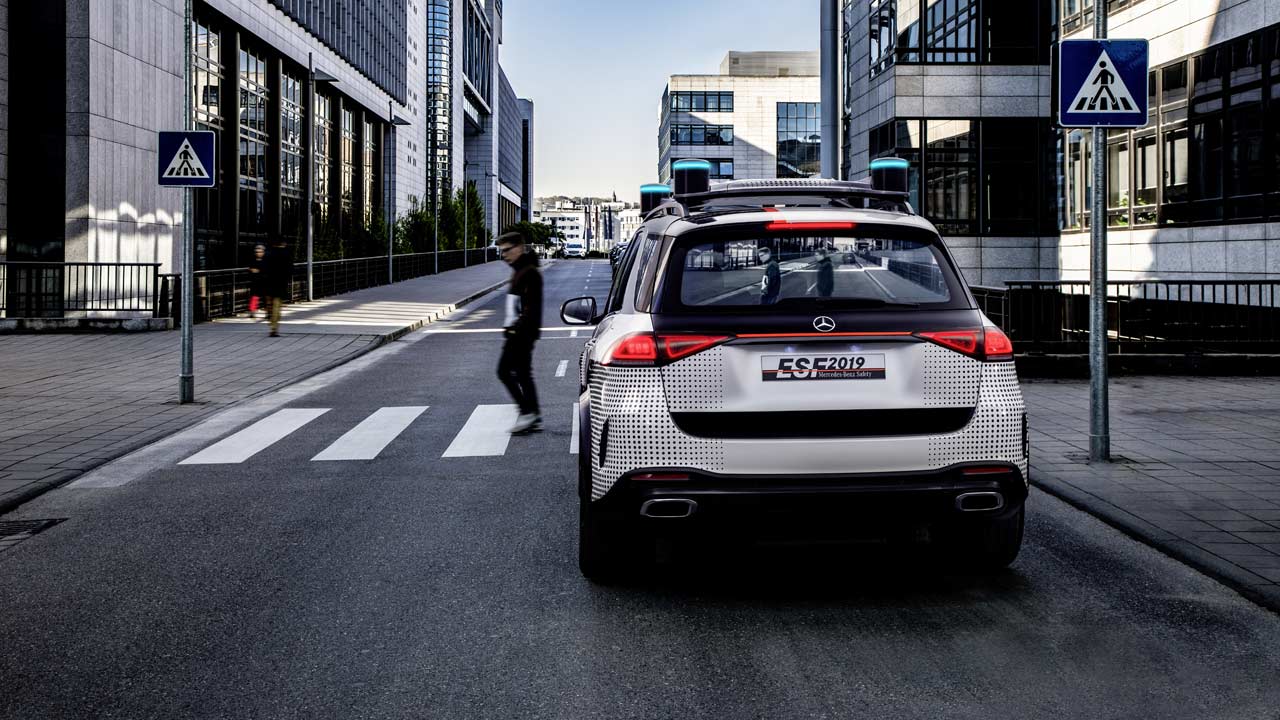 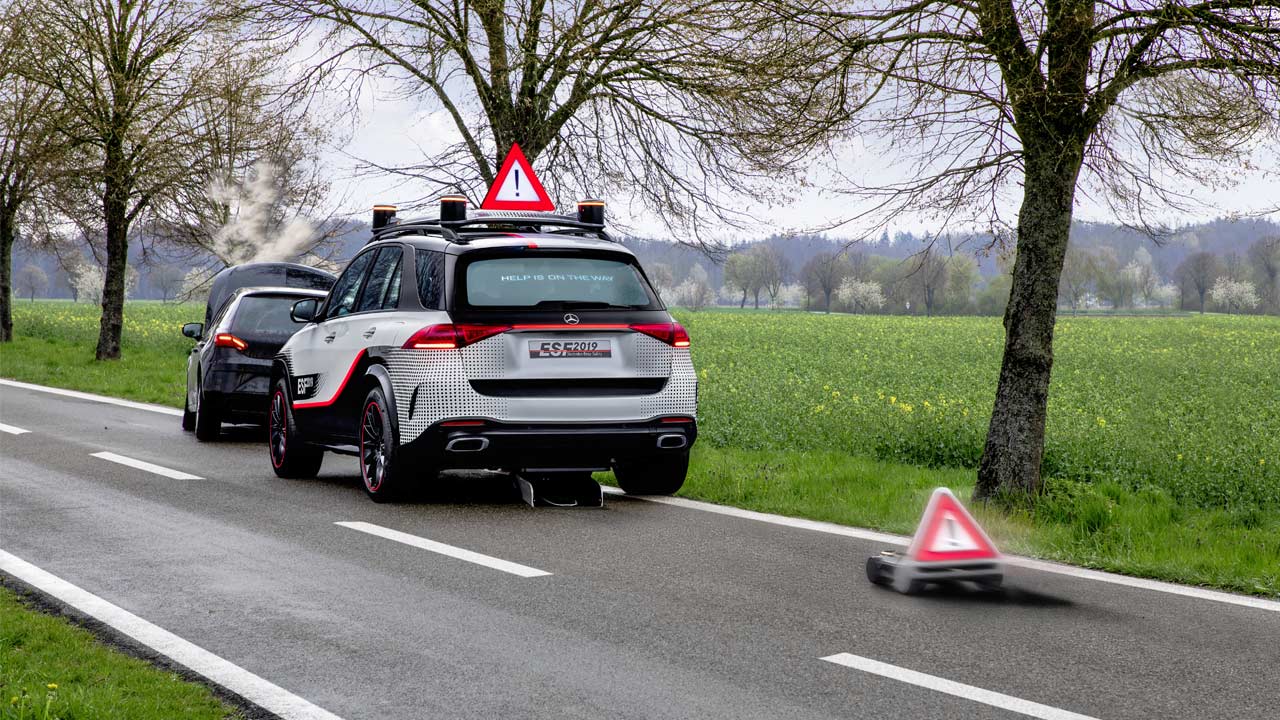 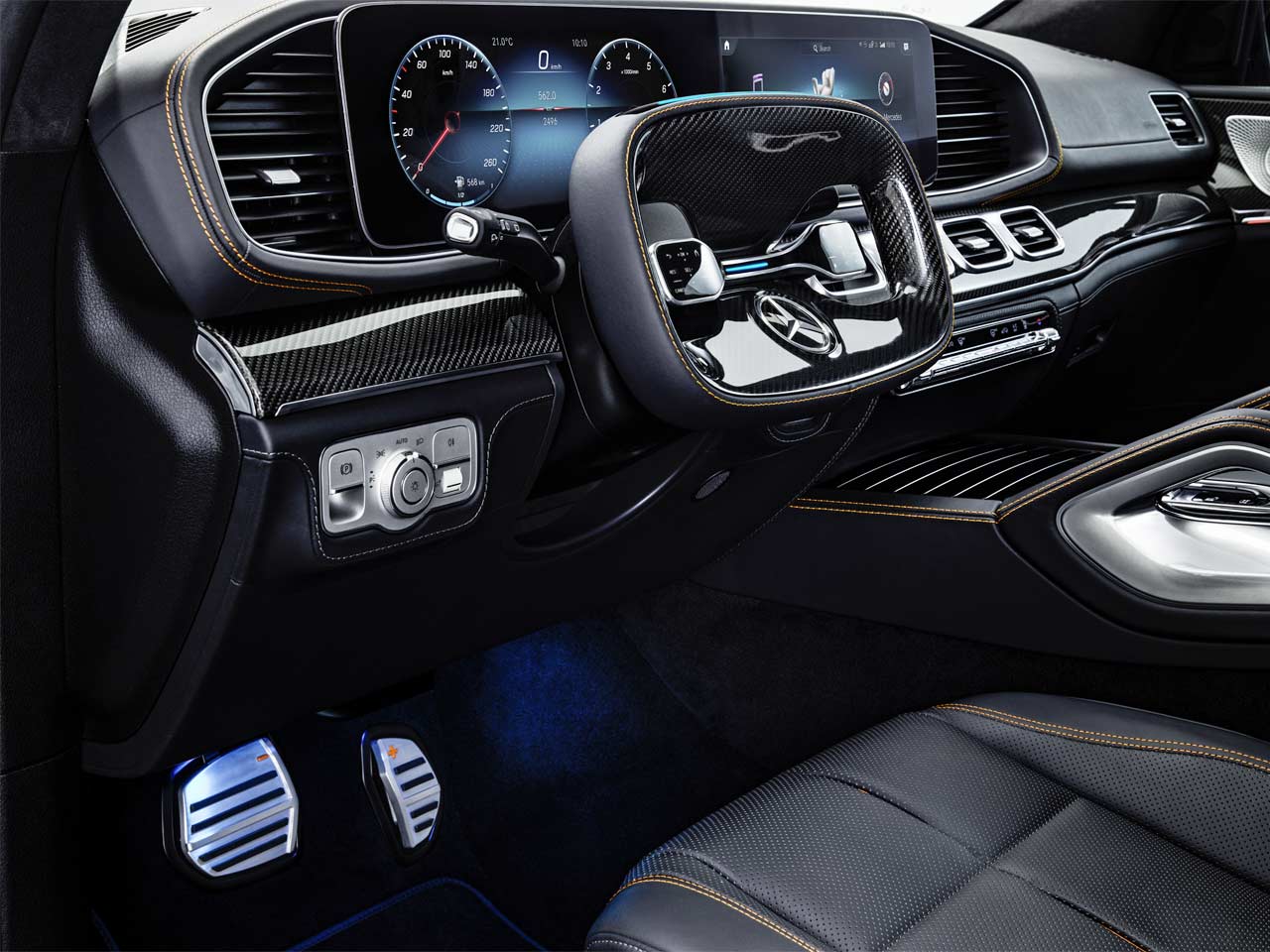 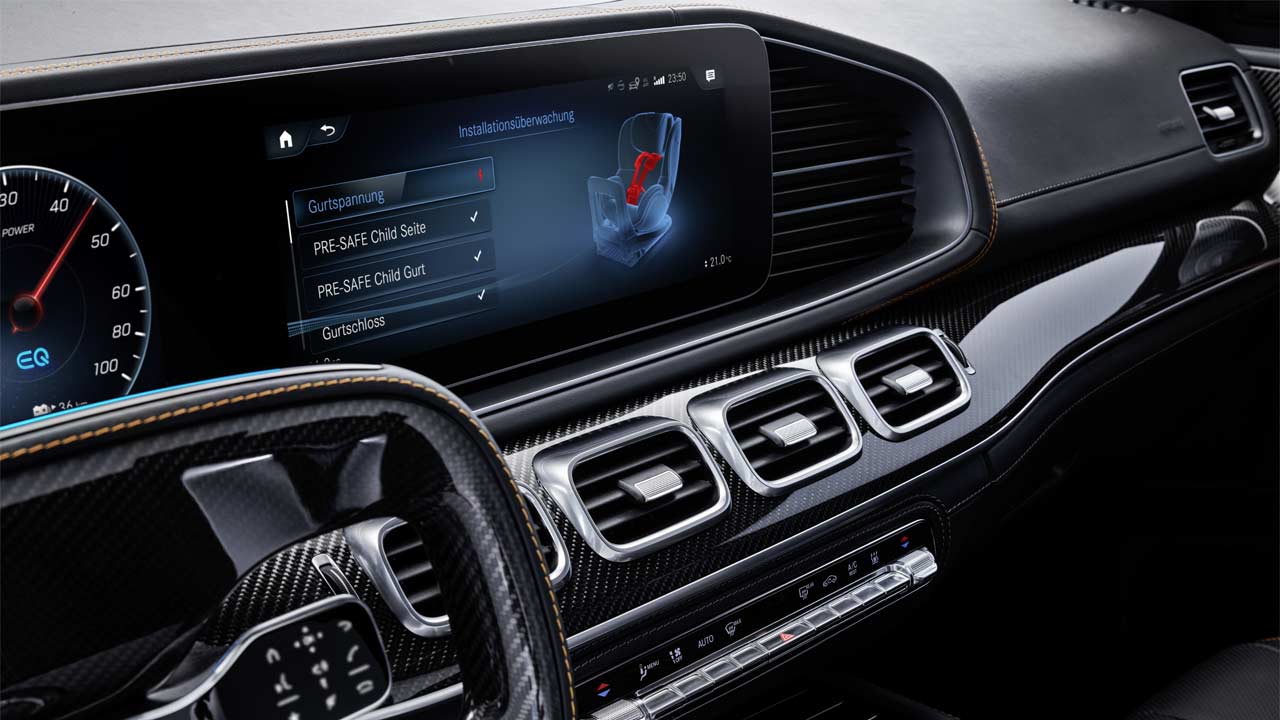 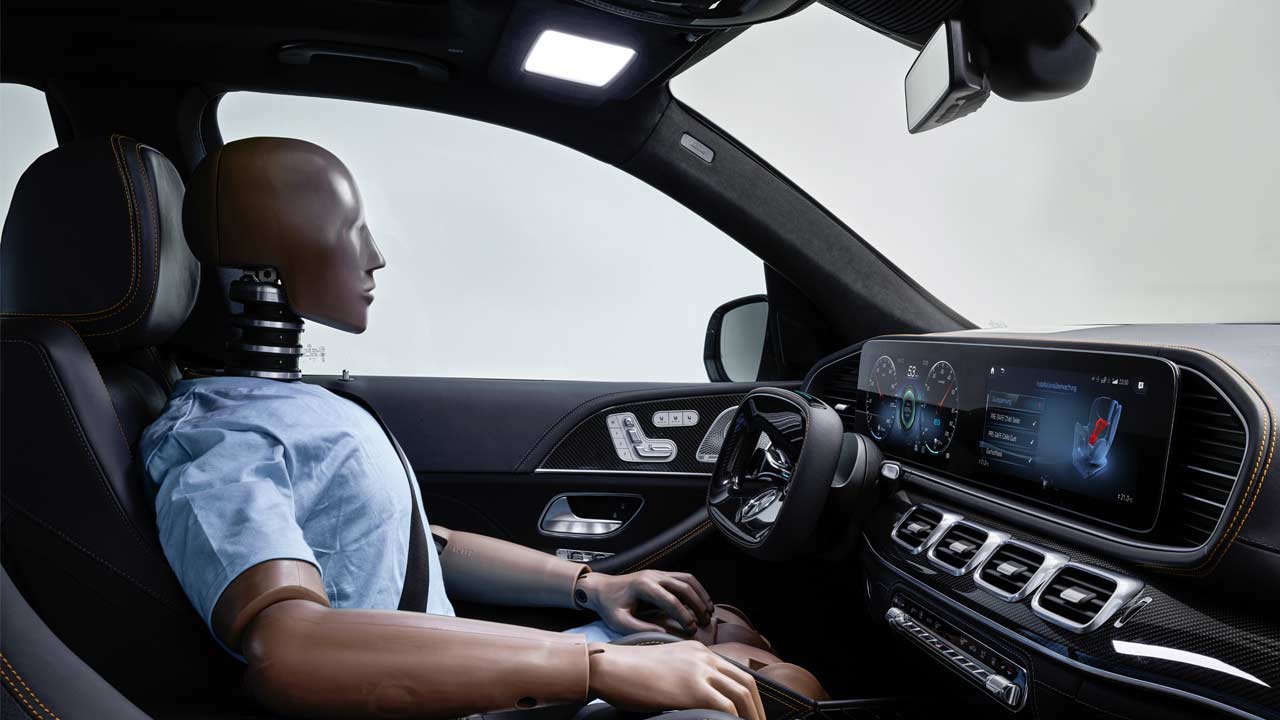 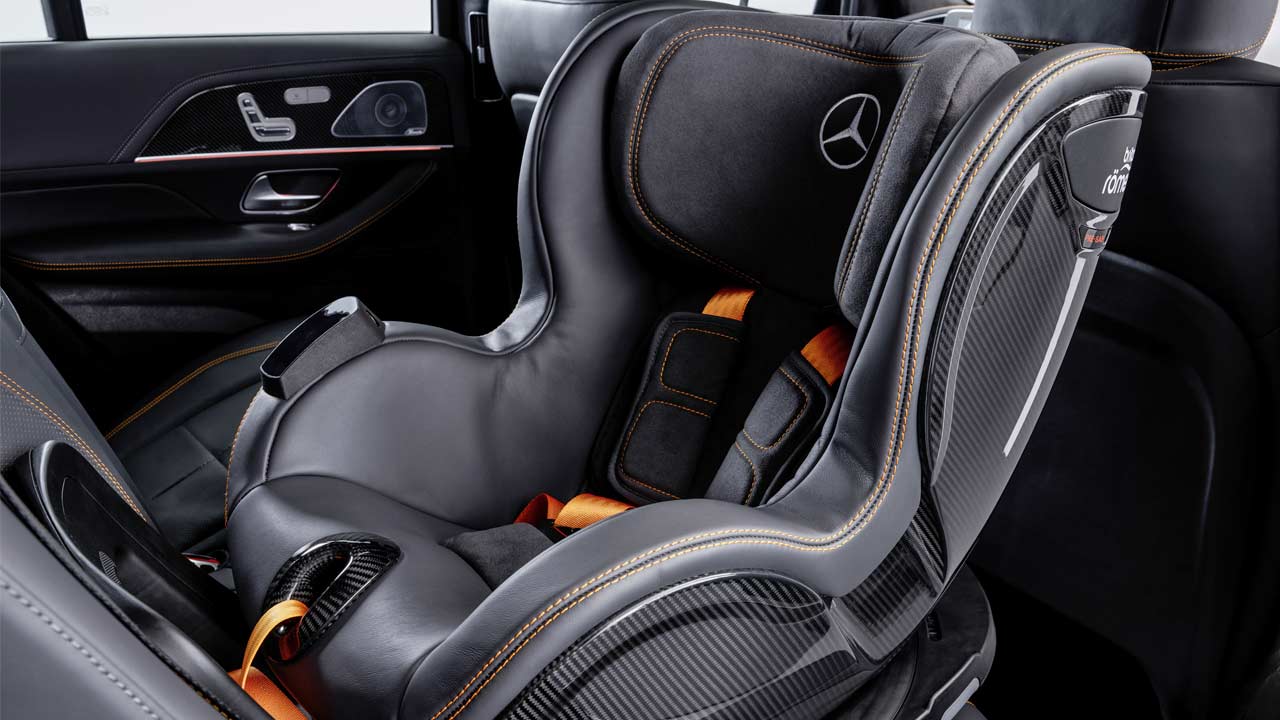 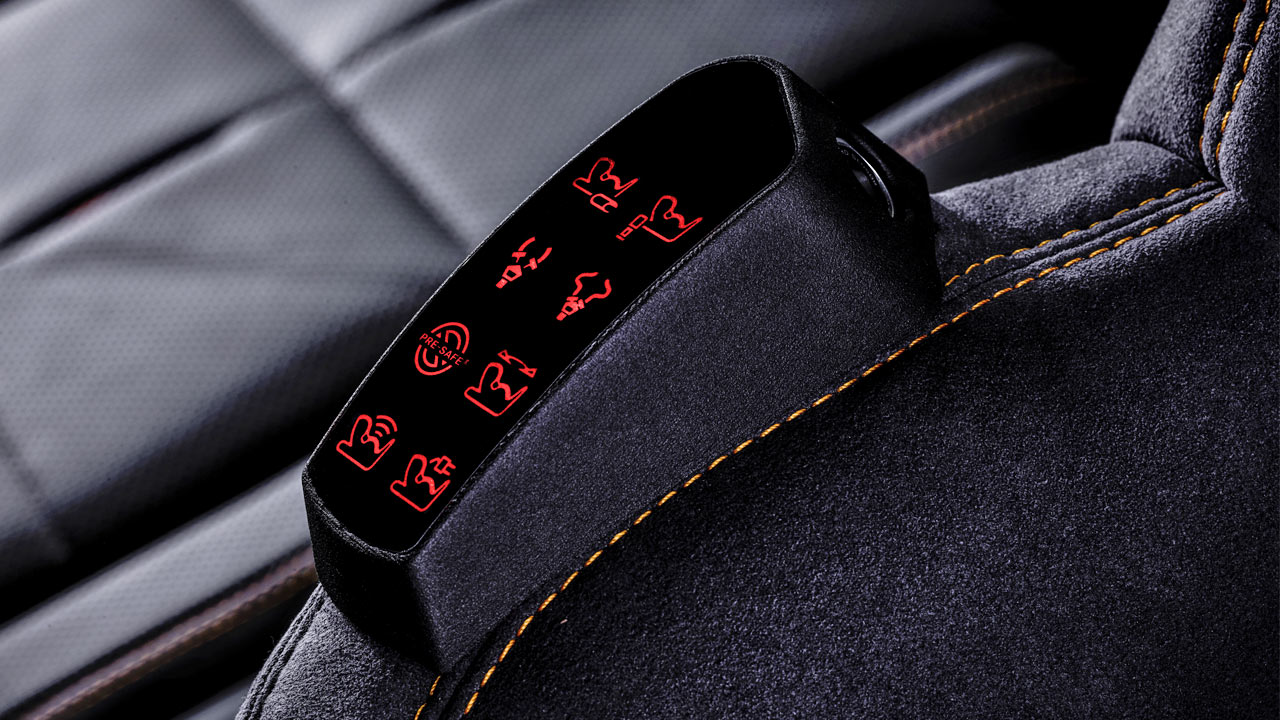 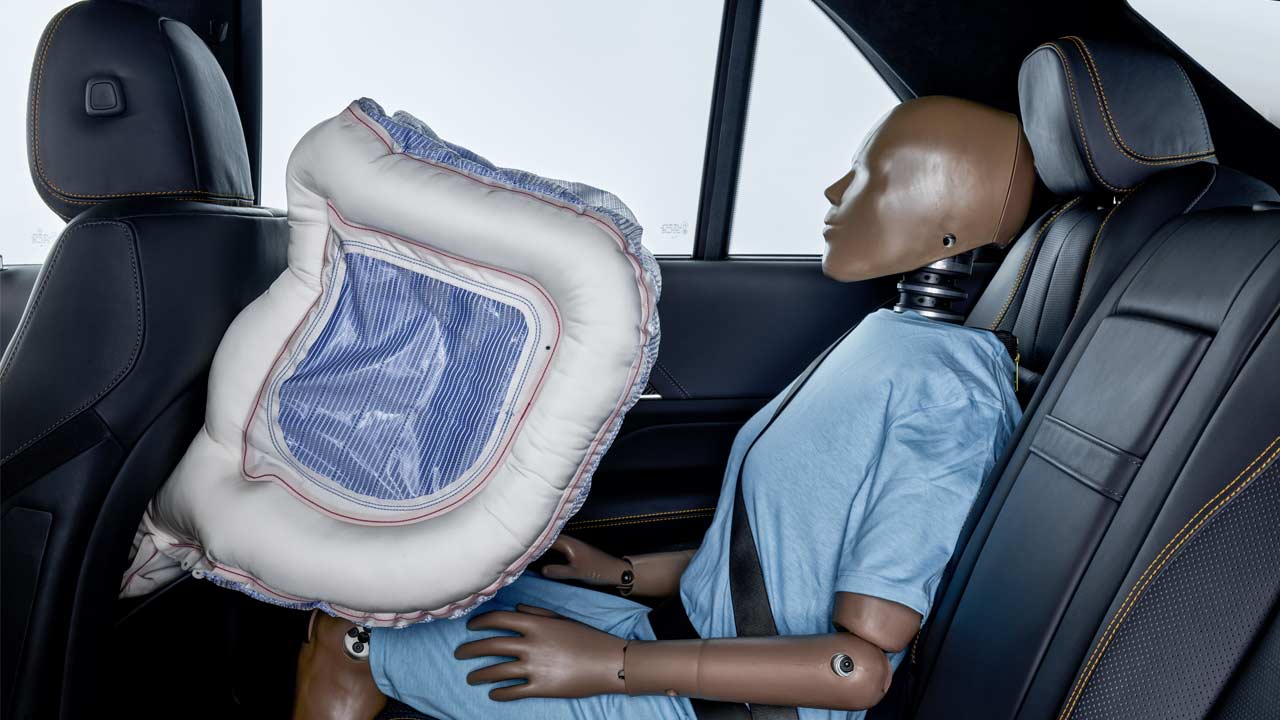 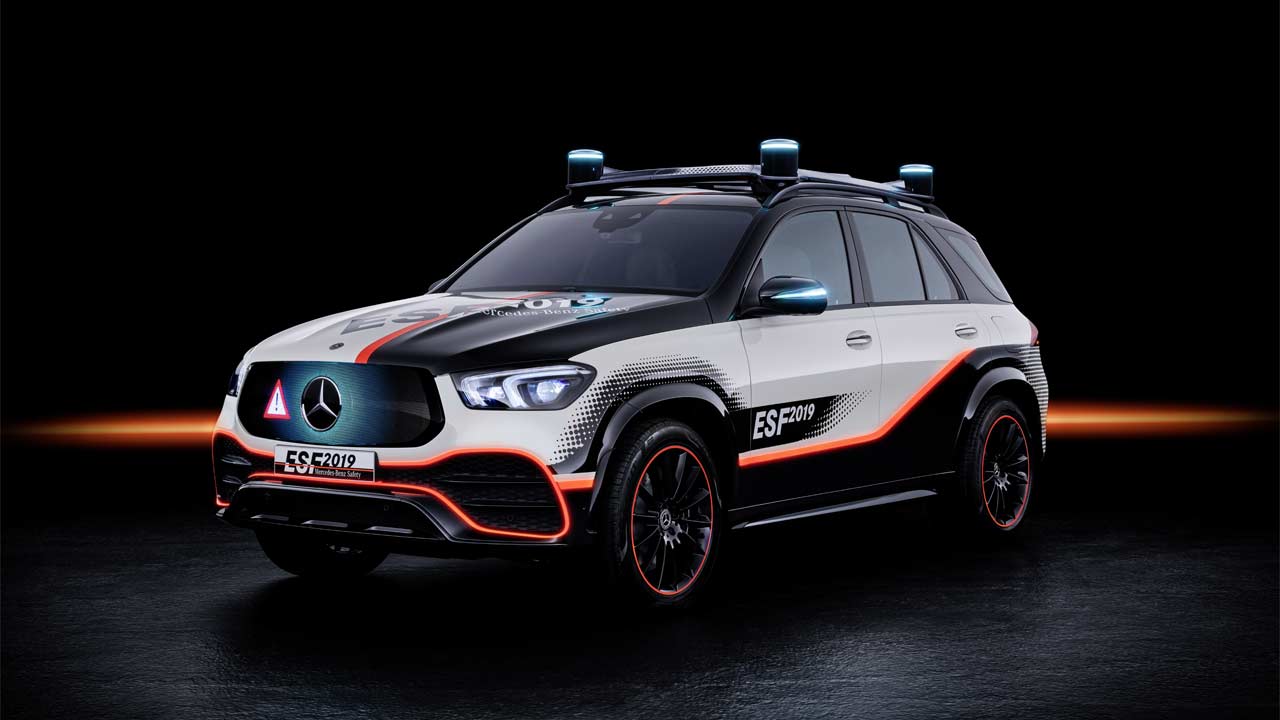