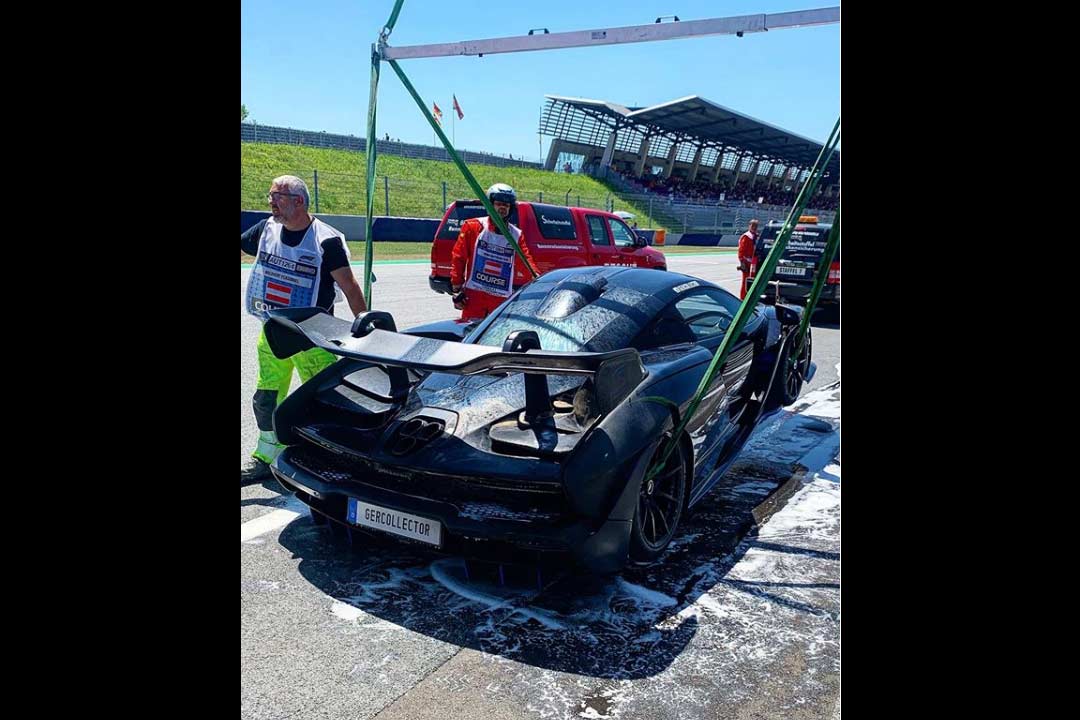 While the cause of YouTuber Alejandro’s Senna catching fire is yet to be discovered, another Senna has caught fire. This time, it belongs to a collector from Germany known as gercollector.

We are now more than 24 hours after the unfortunate event at the Red Bull Ring in Austria yesterday. During the parade lap of the Formula 1 Grand Prix, I was in the passenger seat of another car allowing myself the option to make some content of the Senna, when I spotted my car caught fire in the last turn of the track. Luckily Gerhard Berger the Formula 1 champion and the passenger stepped out unharmed. The quick responses of him and the Austrian marshals prevented just a damage to the rear right section of the vehicle. The Senna is currently on its way to McLaren for further investigation as to the cause of the fire. I would like to use this opportunity to thank everyone at the track for their continued support. Massive thanks to you guys here for your support via Instagram and other social channels. I will keep you posted when it is back on the road. For now let’s move on and continue my automotive story line here on Instagram. #McLaren#Senna#Gercollector#TeamGercollector

Apparently, the incident happened at the Red Bull Ring in Austria, during a parade lap of the Formula 1 Grand Prix. According to the owner, the Senna was driven by F1 driver Gerhard Berger along with a passenger. Both managed to step out unharmed, while the firefighters prevented further damage in time. The collector said that the car will be transported back to McLaren for investigation.

In June 2019, a McLaren Speedtail prototype was caught emitting thick smoke at a fuel station near Guildford in Surrey, UK. While McLaren is not alone facing fire problems, it is starting to look like the Sennas need to be recalled ASAP.

Another Senna that just caught fire in Austria 😶 pic.twitter.com/1scHjrXXZV

Owners should stop using their Sennas until the cause of fires is discovered.