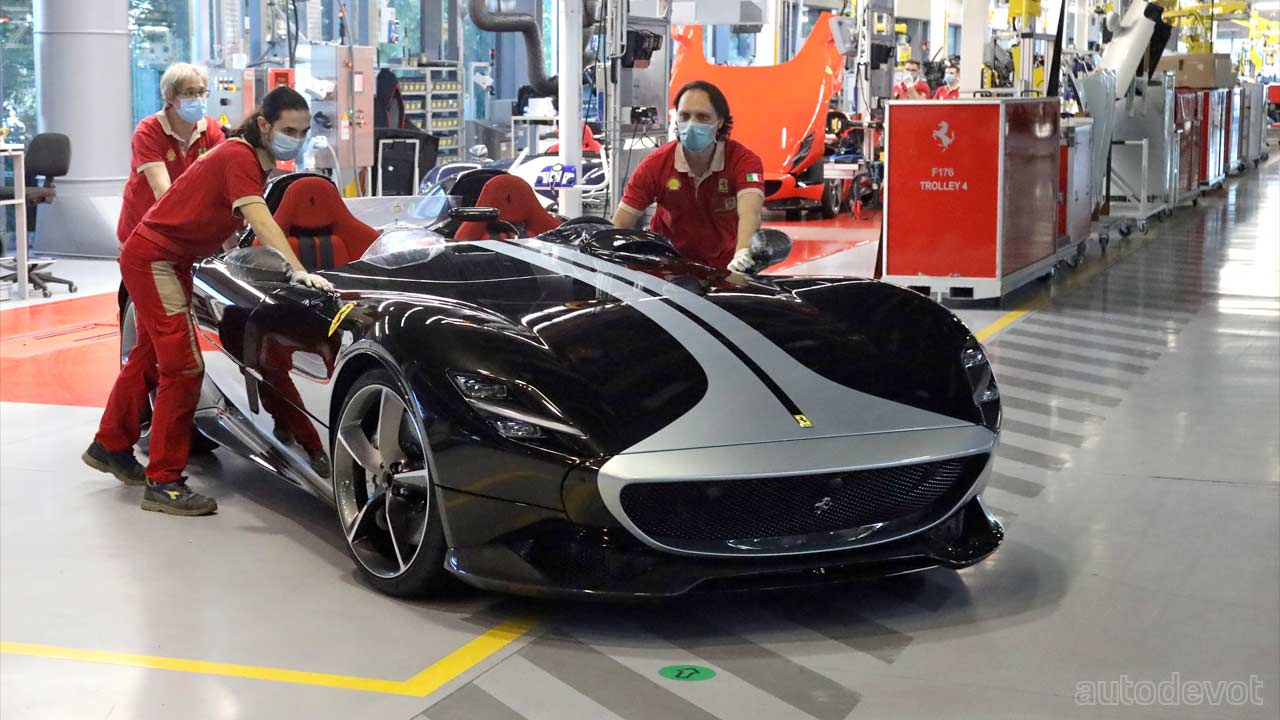 After a long, temporary suspension, Ferrari has resumed production in Maranello and Modena. As with all other carmakers who have resumed production recently, Ferrari too has introduced several new practices that are aimed at safeguarding the health of its employees, such as new rules for sharing common areas, reorganizing the areas, as well as voluntary serological tests.

The video above showcases the Monzas being built.

Before starting production, Ferrari has also decided to carry out training sessions for workers to explain the new precautionary and safety measures put in place.