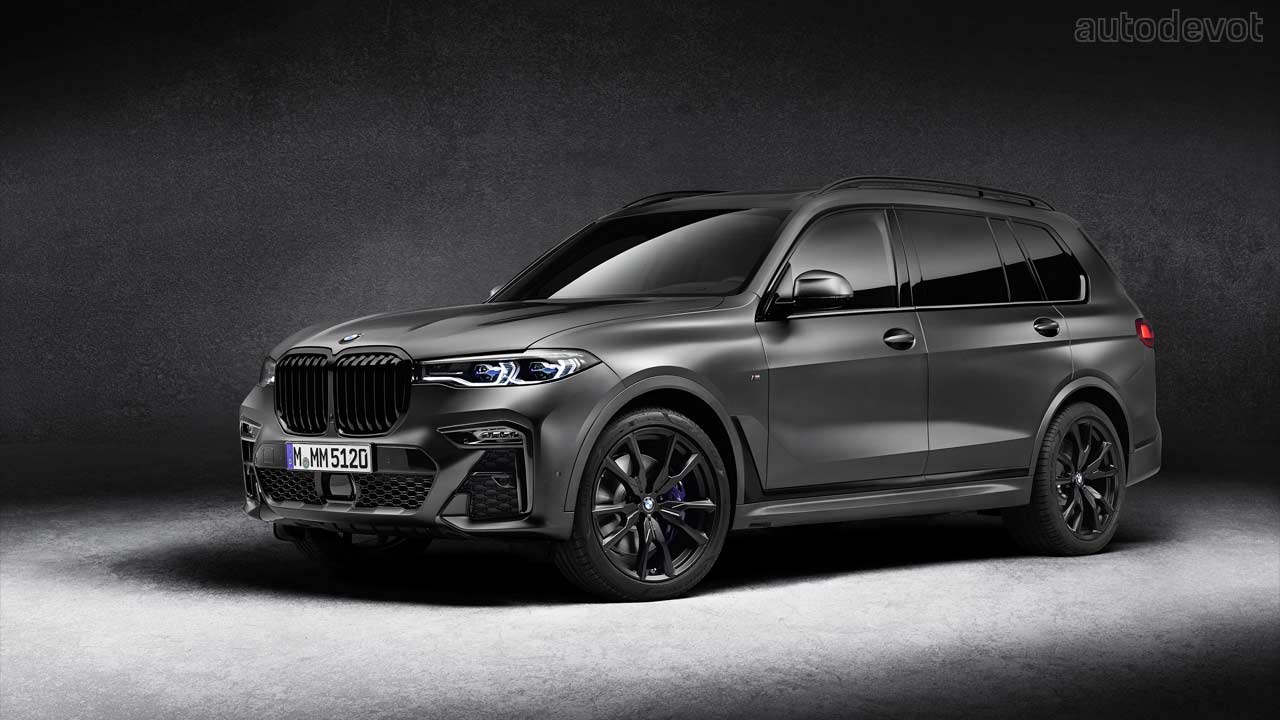 I don’t know what’s going on but a lot of carmakers are turning towards the dark side. I mean, we saw the Lexus NX Black Line, Ram Black Edition truck, and Hyundai Kona Night Edition recently. Anyway, BMW has revealed the X7 Dark Shadow Edition, which has taken the dark theme a bit more seriously than the aforementioned three.

If you’re one of those people (including me) who never liked the way X7 looked with its disproportionately massive Kidney grille, you’ll like the Dark Shadow Edition. Personally, I think it looks 100 times better than the original X7 that debuted in October 2018. 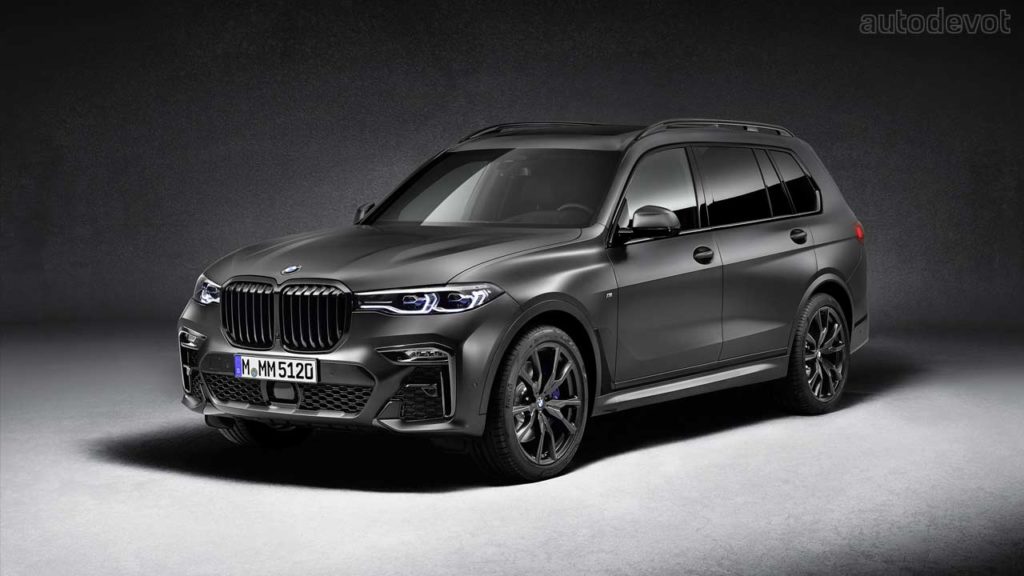 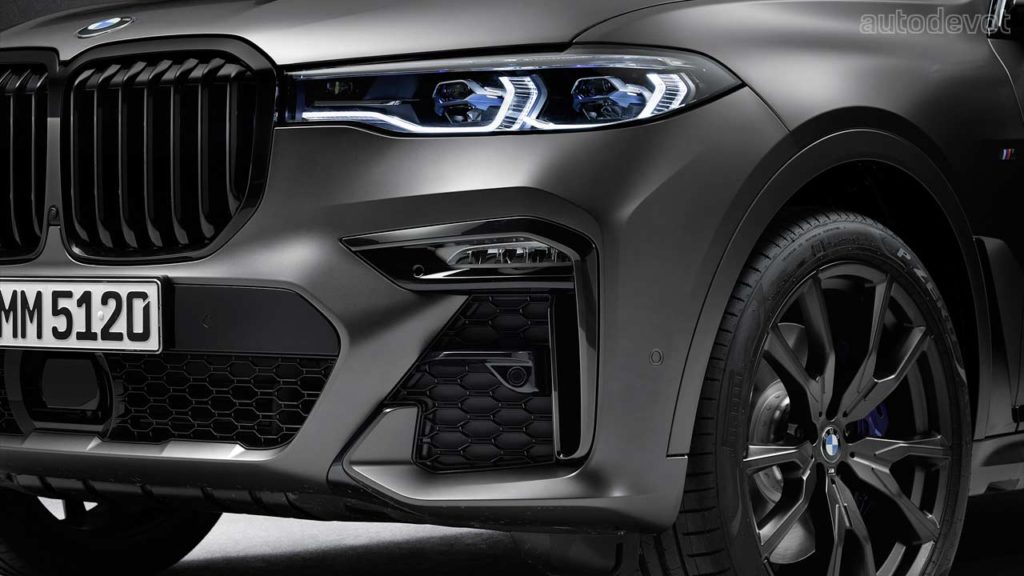 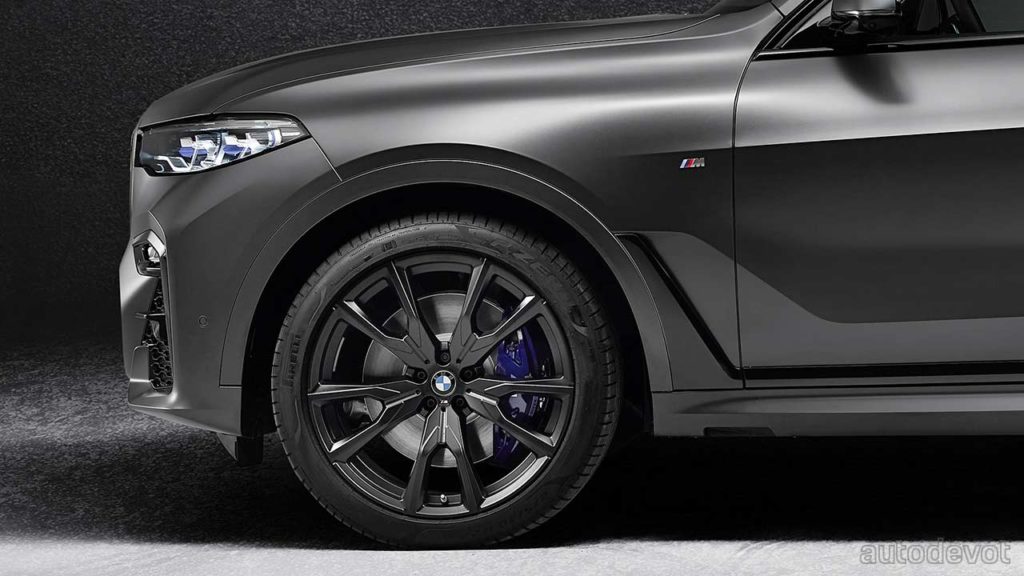 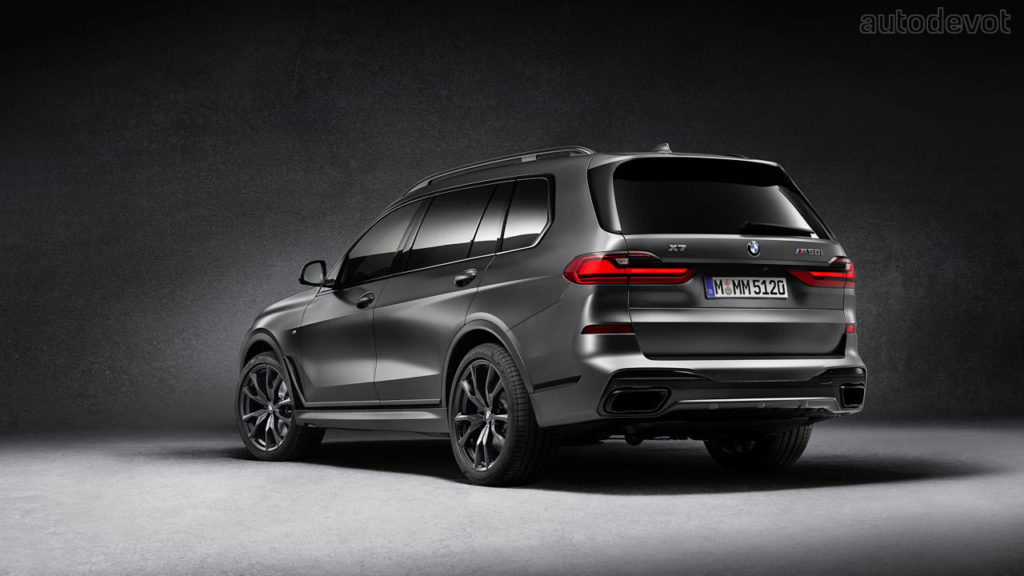 The exterior is finished in a special paint called Frozen Arctic Grey metallic, complemented by tastefully applied black chrome on the kidney grille, bumpers, window frame and on the tailpipe covers as well. Also included are the aerodynamically optimized bodywork elements of the M sports package. Rounding off the dark theme are 22-inch M light-alloy wheels in V-spoke design with a Jet Black matt finish. 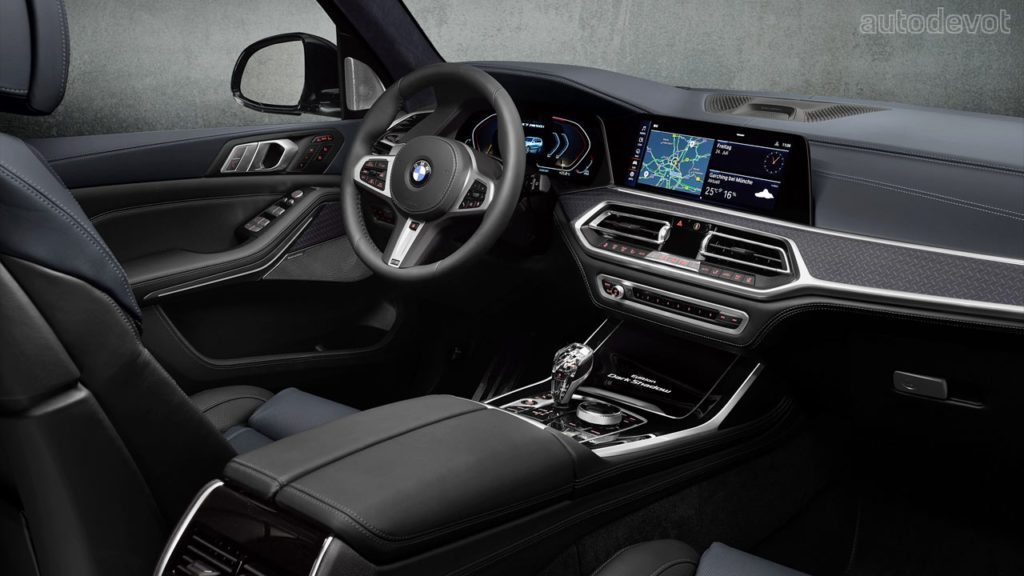 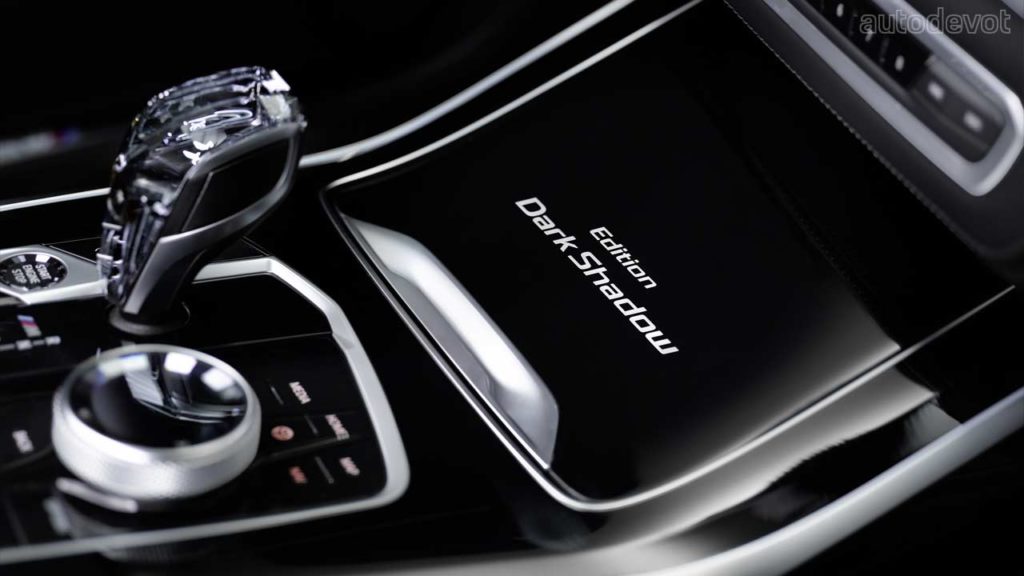 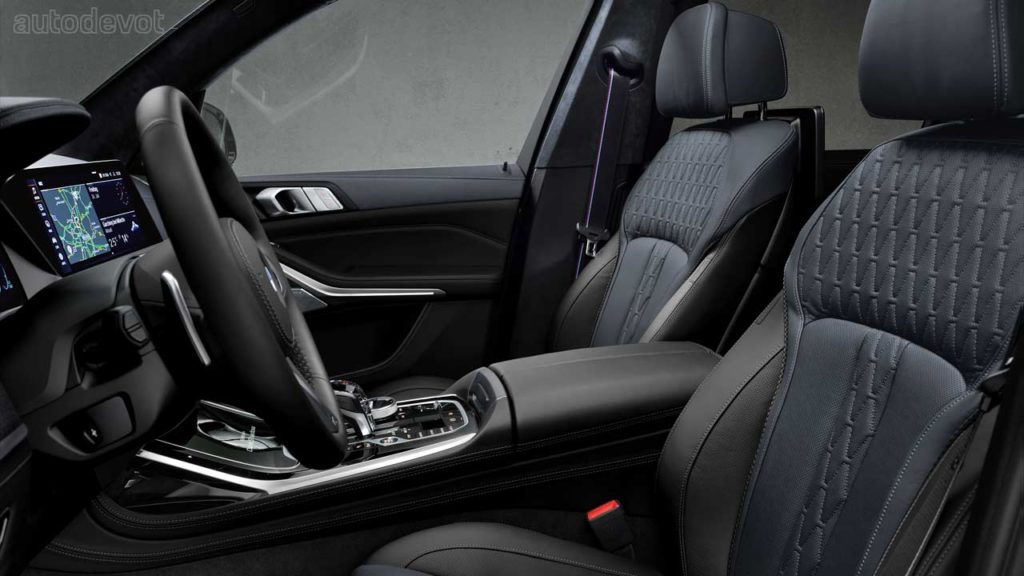 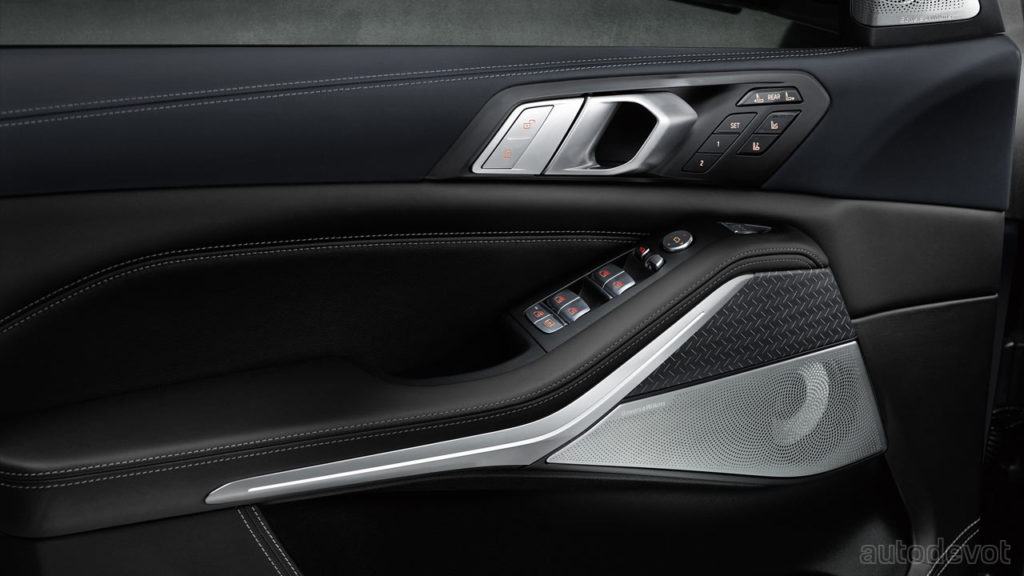 The logo of the special edition is featured in the centre console over a Piano Black surface. Aluminum inlays throughout the cabin add the necessary contrast. Overall, the Dark Shadow Edition looks rather tasteful inside and out. 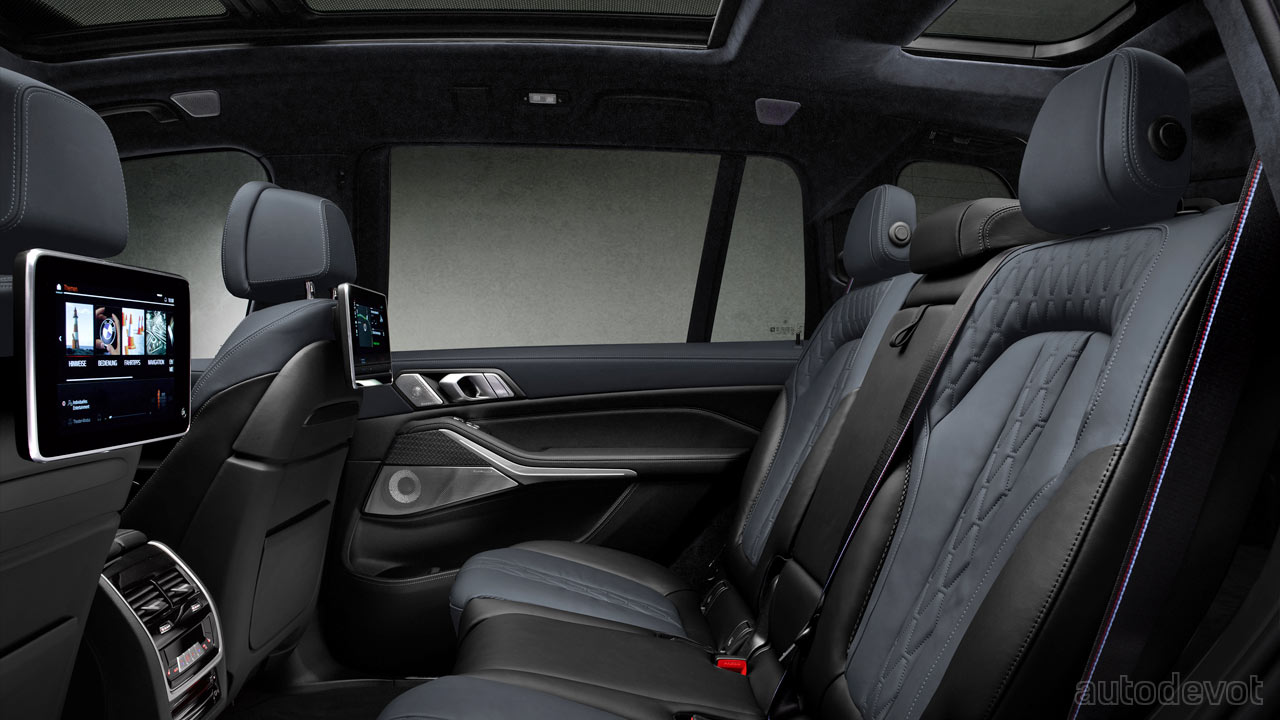 The X7 Dark Shadow Edition is limited to 500 units and will be available worldwide. It will be produced at the BMW plant in Spartanburg, U.S., from August 2020.

No mechanical changes except for the inclusion of an M sports exhaust system. Know more about the X7’s powertrains here. 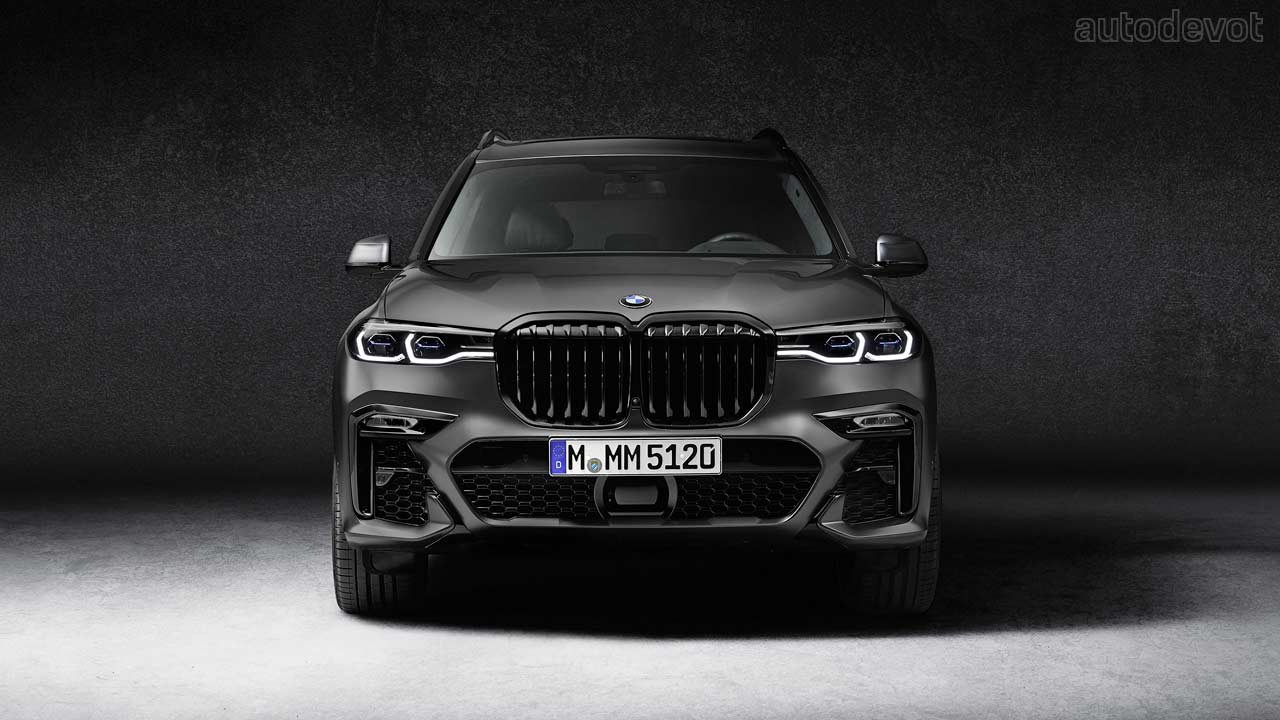 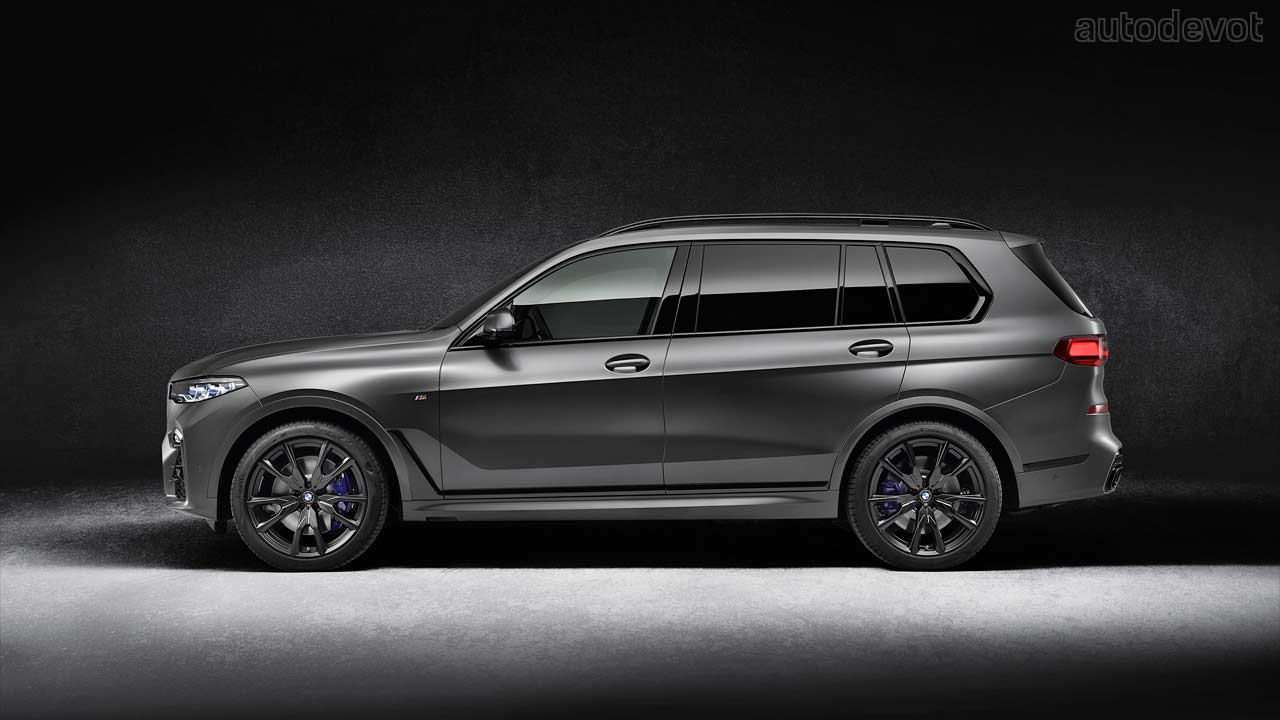 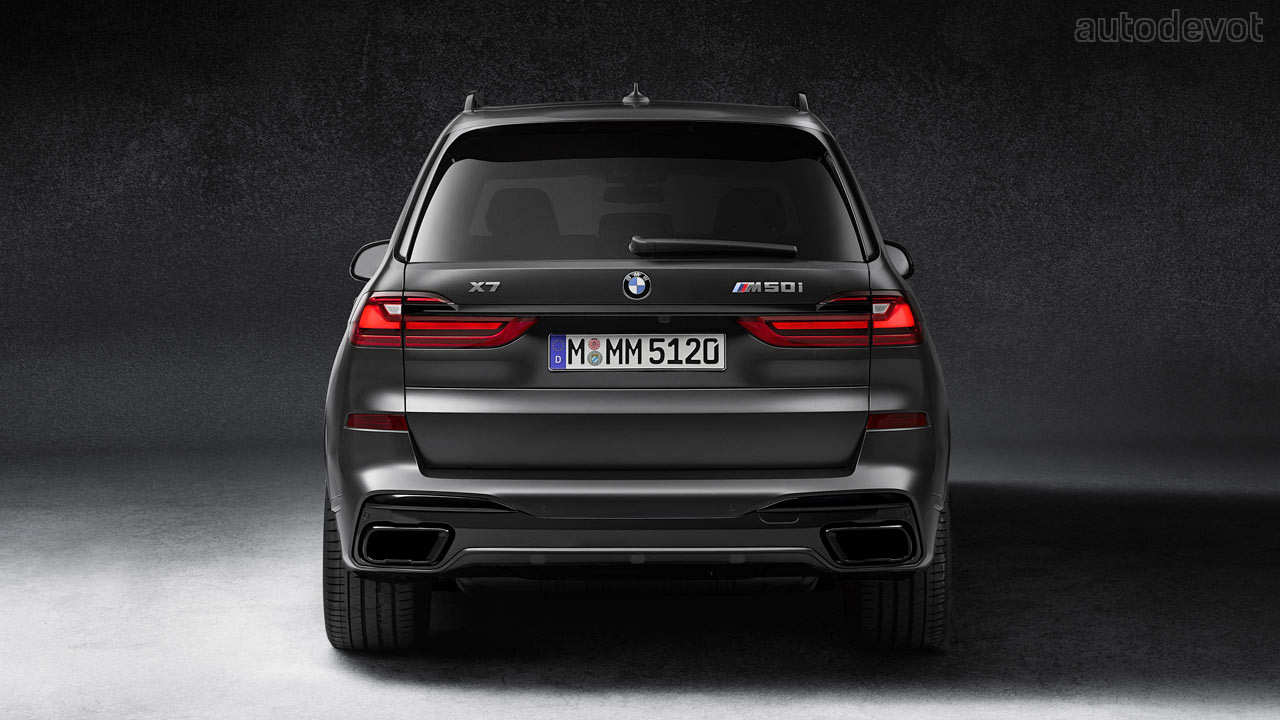