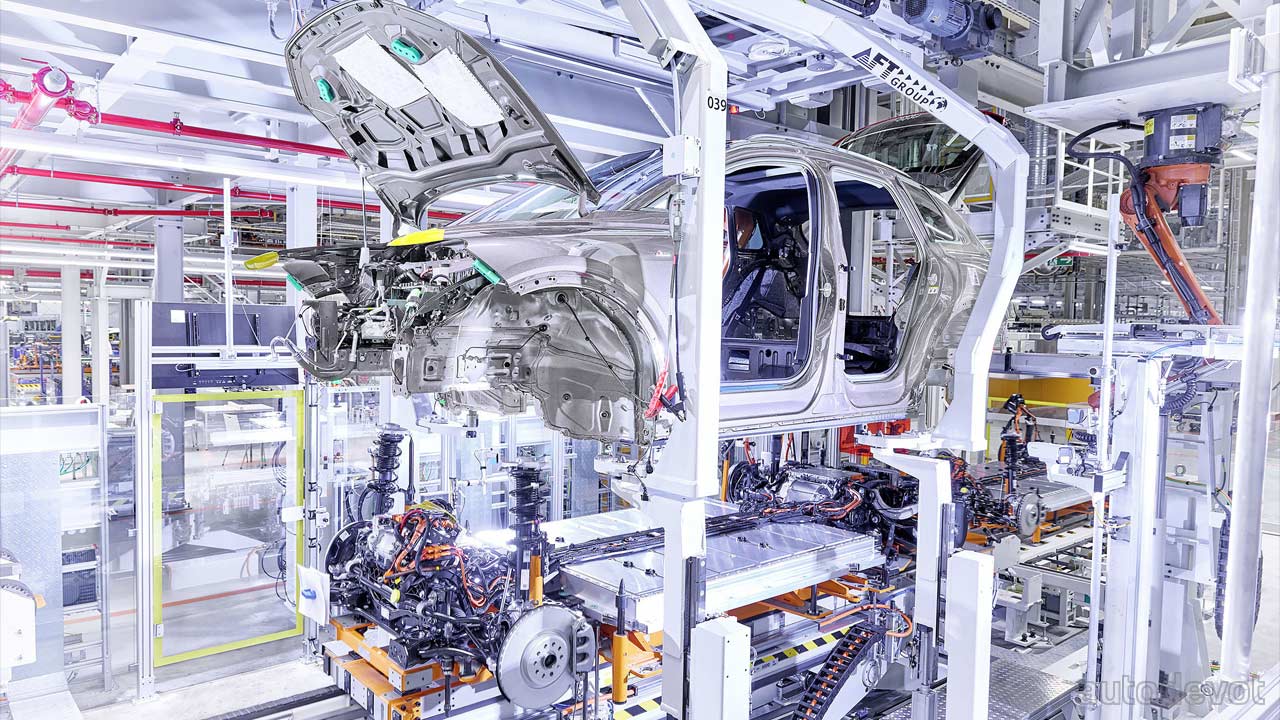 Audi has kicked-off the Q4 e-tron production at VW Group’s multi-brand plant in Zwickau, Germany. The all-electric SUV will be rolling off the same production line as the Volkswagen ID.4.

Audi had revealed the production interior of the Q4 e-tron earlier this month, with a full debut planned in the middle of April 2021. The SUV is expected to go on sale in Europe in summer 2021. By 2025, Audi plans to launch more than 20 BEVs and expand its PHEV offering. The two main Audi plants in Ingolstadt and Neckarsulm are also set to manufacture BEVs; in early 2022, the first BEV based on the Premium Platform Electric (PPE) – jointly developed with Porsche – will roll off the Ingolstadt assembly line.