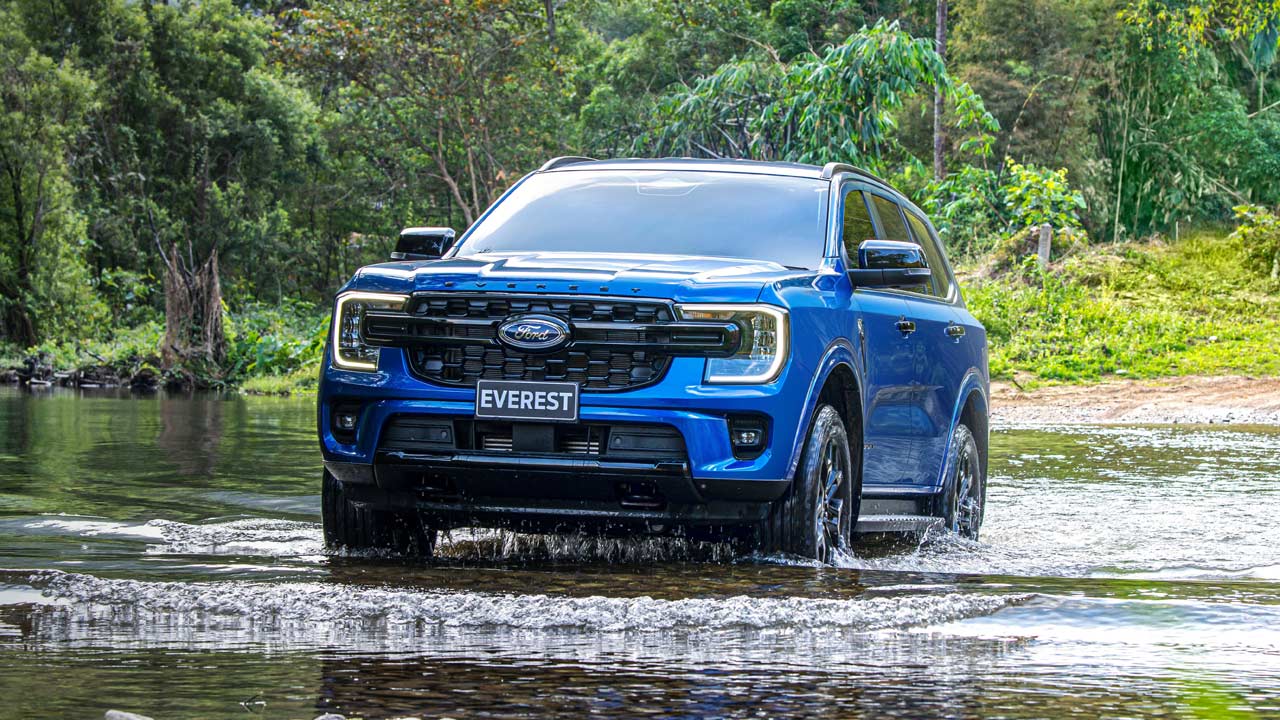 Now that Ford has revealed the 2023 Ranger Raptor, the next obvious thing to do is to make an SUV version based on the same platform as the new Ranger. The SUV we are talking about is, of course, the 2023 Everest. In case you didn’t know, the Everest was sold as ‘Endeavour‘ in India due to a trademark issue with a popular spice-making company in the country. That’s a funny story indeed, which we can talk about sometime later. 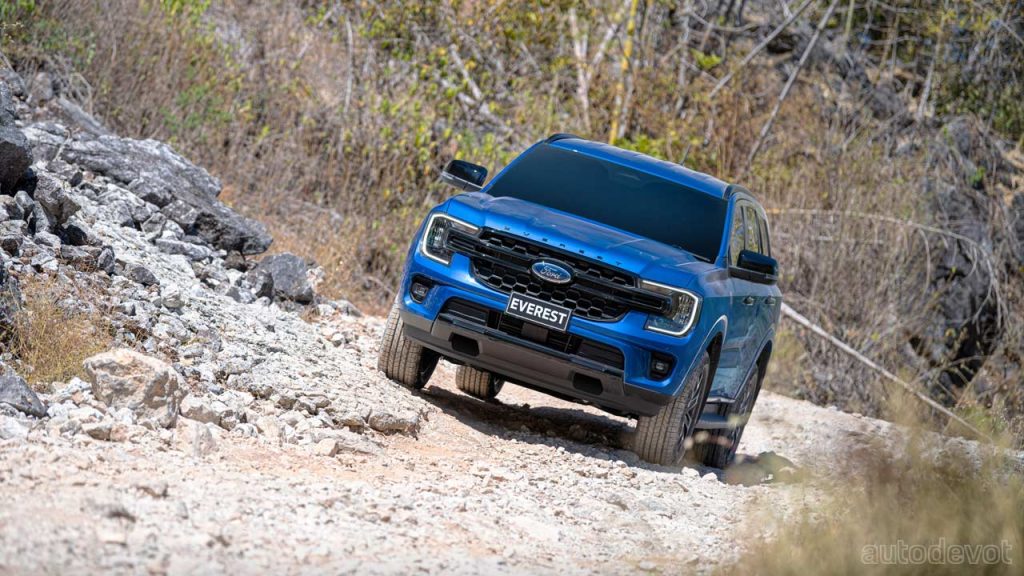 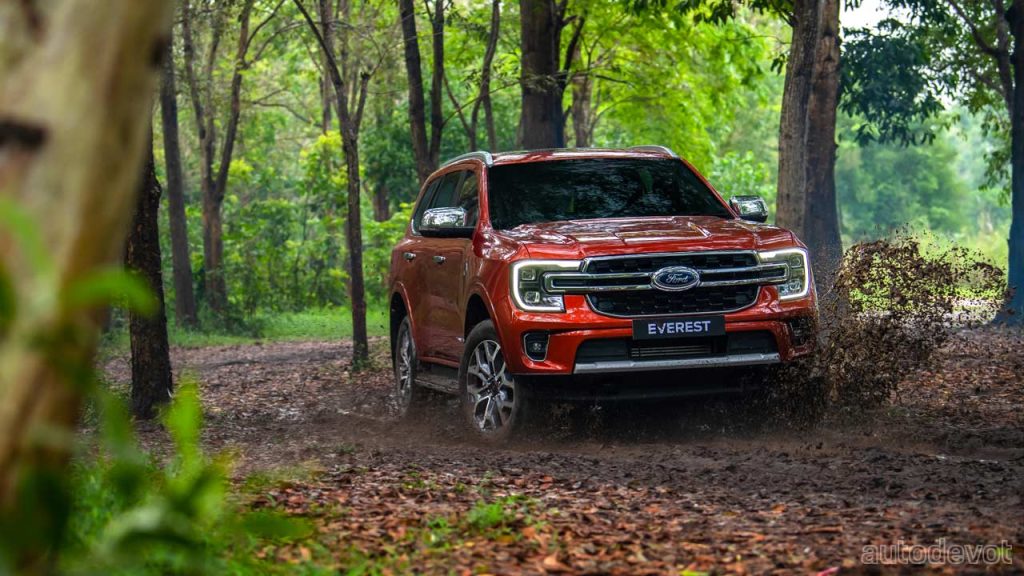 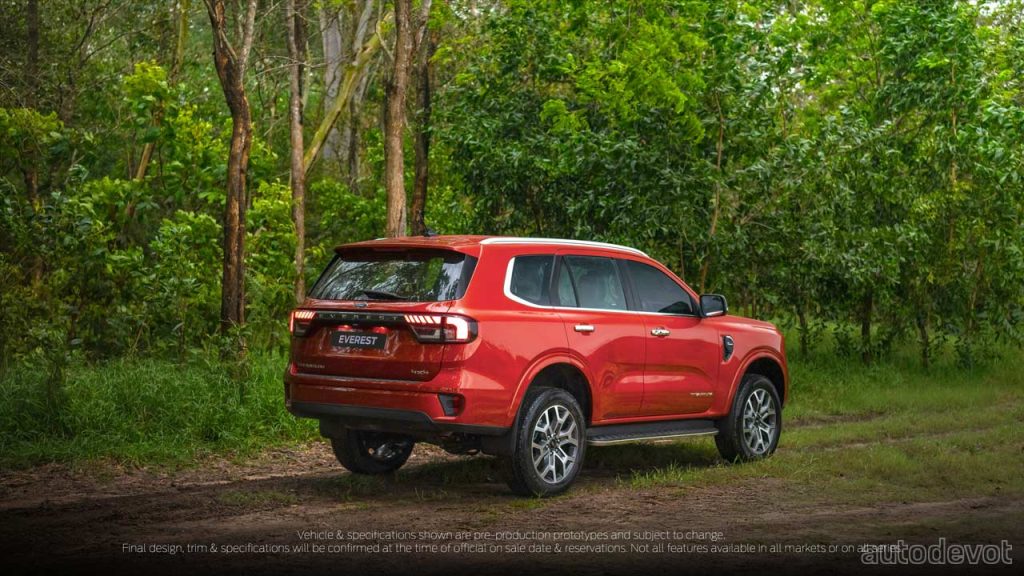 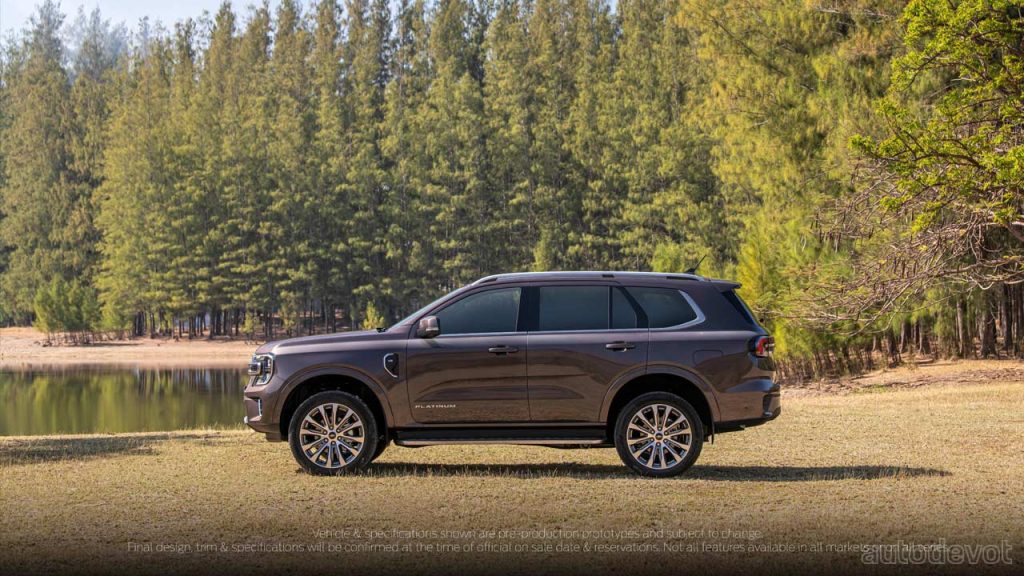 As for this story, well, the front fascia is pretty much identical to that of the Ranger; unless you’re a Ford nerd, you probably won’t be able to figure out which vehicle it is from a distance by looking just at its face. The side profile has clean lines with just the right amount of chrome application—especially in the Platinum grade, while at the rear, those taillight bits remind me of those on the 2024 Chevrolet Equinox EV. I’m not saying they’re identical, but they give off similar vibes.

The new Everest boasts +50 mm wider tracks that are said to deliver a more controlled ride on-road, while tweaks to damper settings have apparently allowed the team to inject more fun and control into the Everest’s ride, both on- and off-road. 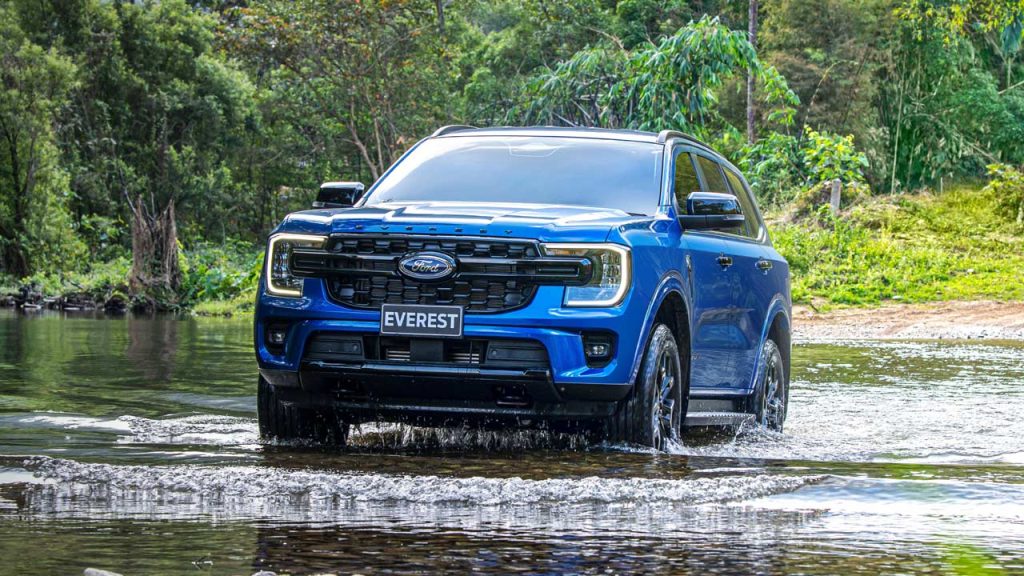 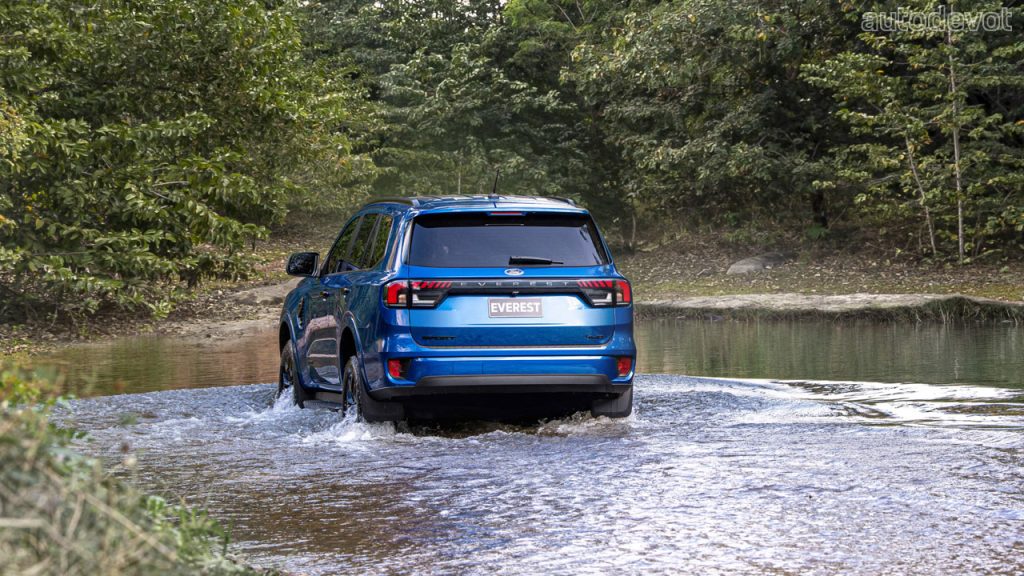 Two 4WD systems are available: A two-speed electronic shift-on-the-fly transfer case, also known as a part-time 4WD system; and a permanent four-wheel-drive system that uses an electronically controlled on-demand two-speed electromechanical transfer case (EMTC) with selectable drive modes. Depending on the market, the new Everest will also be available with two-wheel-drive (RWD) configuration.

Also, the new Everest claims a water wading ability of up to 800 mm and a maximum braked trailer towing capability of up to 3,500 kg (7,716 lbs). And, the rooftop can support static loads of up to 350 kg (772 lbs) and dynamic loads of up to 100 kg (220 lbs), so that you can carry bikes, canoes, cargo pod or a roof-top tent. What’s more? There’s some extra space in the engine bay for a second battery to power aftermarket accessories. 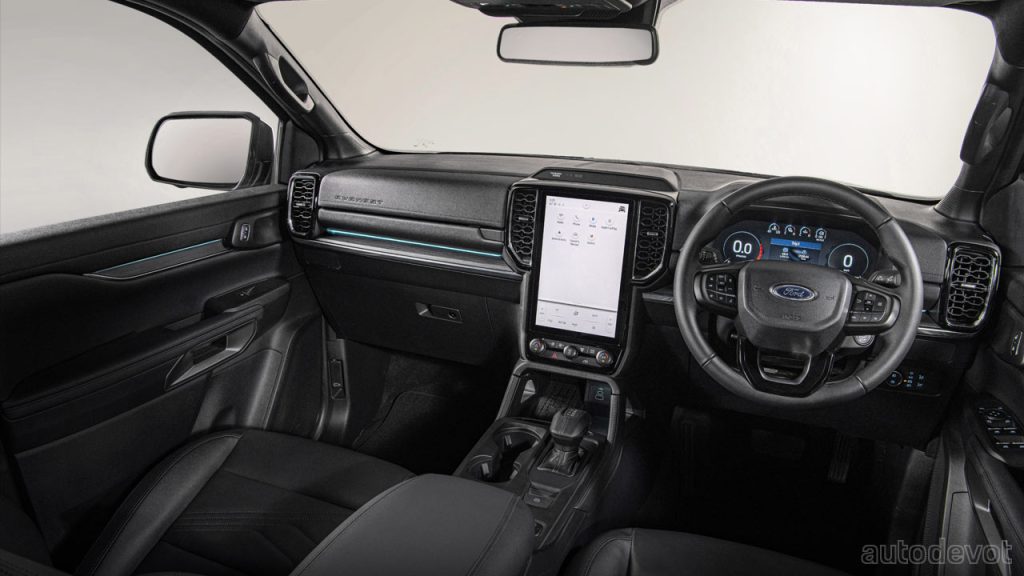 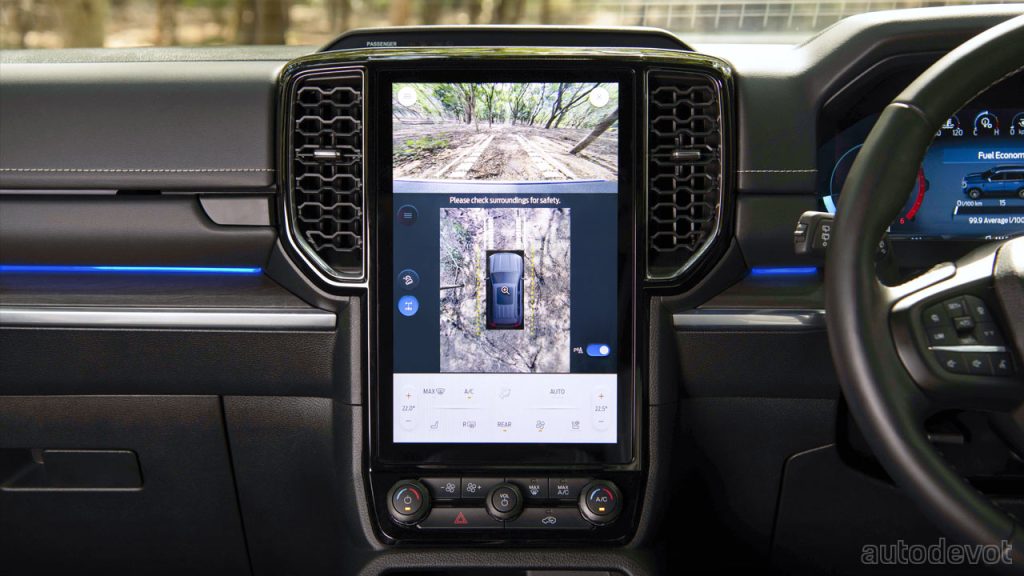 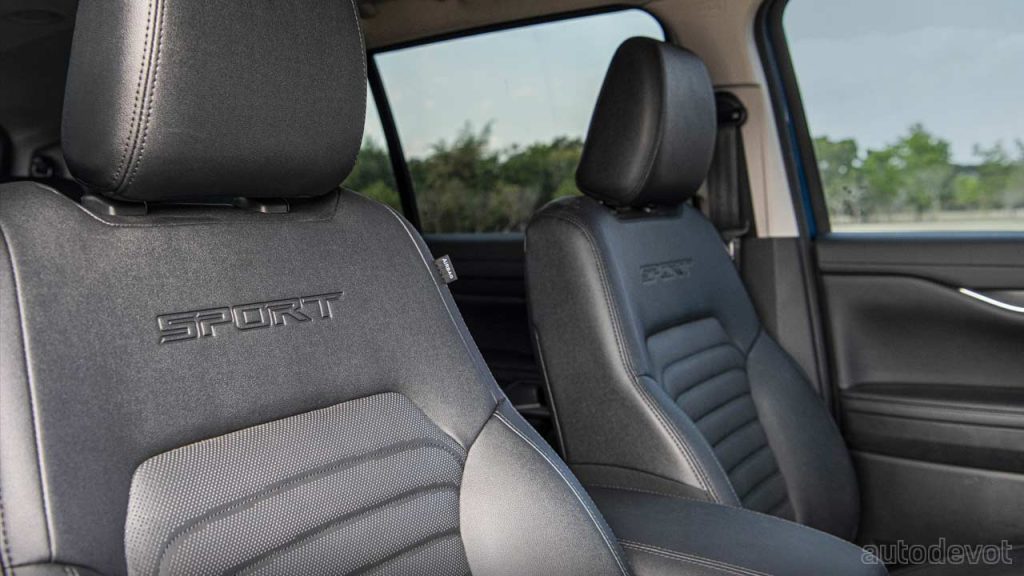 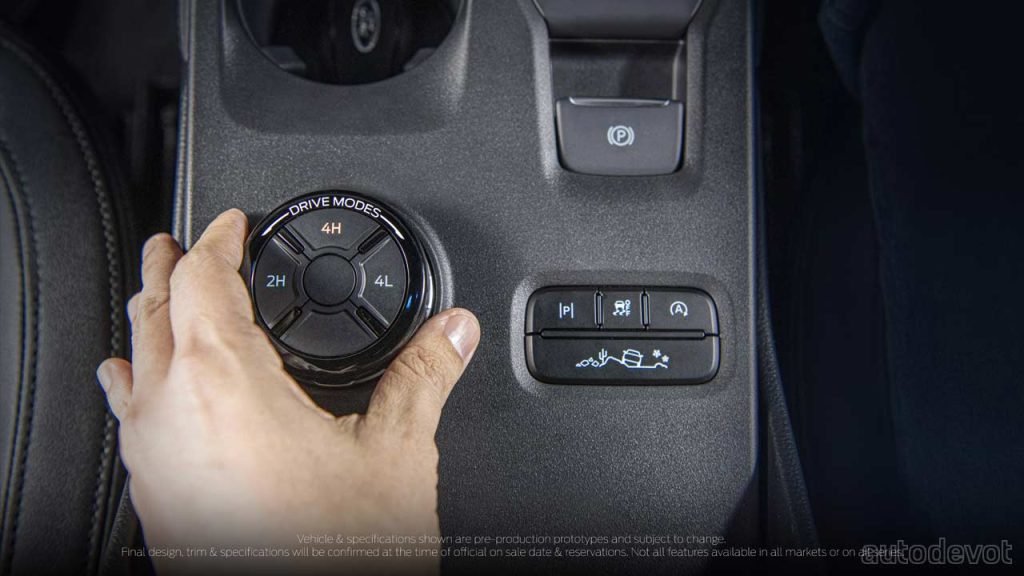 It’s a déjà vu inside with a similar dashboard, a portrait-style 12-inch central touchscreen (10.1-inch standard) and a 12.4-inch digital instrument cluster (8-inch standard). A few more key features include heated & ventilated 10-way power-adjustable memory function seats for the driver and 8-way for the passenger. Depending on the variant, heated seats are also available for the second row. 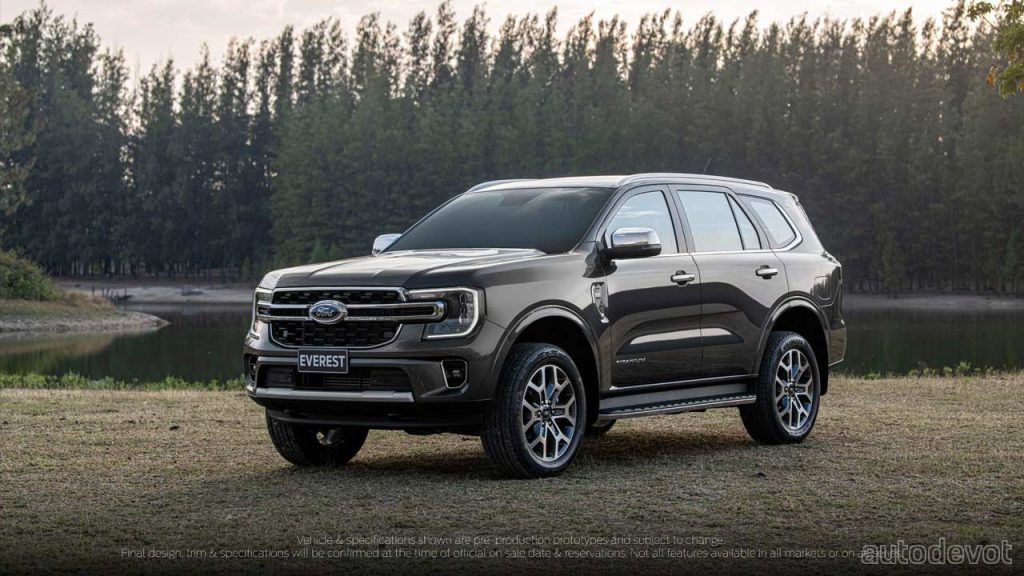 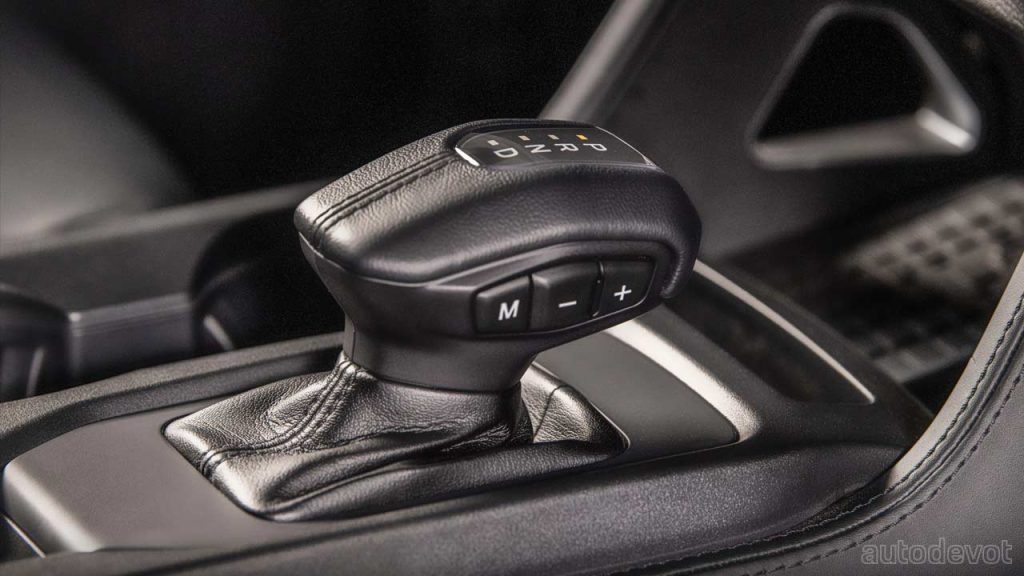