The Federation of Automobile Dealers Associations (FADA) has published February 2022 vehicle retail data, which shows an overall decline of just over 9% compared with February 2021 data. The Passenger Vehicle segment, in particular, saw a YoY decline of nearly 8% last month. Mahindra & Mahindra continues to retain its 4th place in the PV segment, beating Kia by over 3,600 units. Also, Audi has apparently sold only 63 units last month, as opposed to 156 units in Jan 2022 and 144 units in December 2021; it is unclear if people have lost interest in the brand or the brand itself has lost interest in the country. 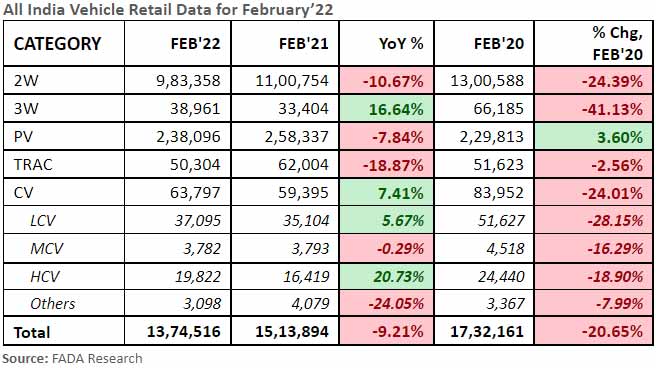 Indian auto industry during February continues to remain in red as total retails were down by 9.21% YoY and 20.65% when compared with February 2020, a regular pre-Covid month. The two-wheeler segment is showing no signs of recovery as Bharat continues to play spoil-sport. With the cost of acquisition continuously going north, the inquiry level remained weak. As corporates and educational institutions continued operating from home, urban demand also took a hit.

Even though the PV segment saw some launches and slight respite in supply due to better production, it was not enough to meet customer demand. The vehicle waiting period thus remains similar to what it was in the last few months. While Commercial Vehicles are not at similar levels when compared to pre-Covid months, slight recovery on yearly basis was visible majorly due to low base effect. This coupled with the increase in government infrastructure spending saw continued traction in HCV and Tipper segments. Fleet operators who were earlier being missed have slowly started purchasing vehicles. 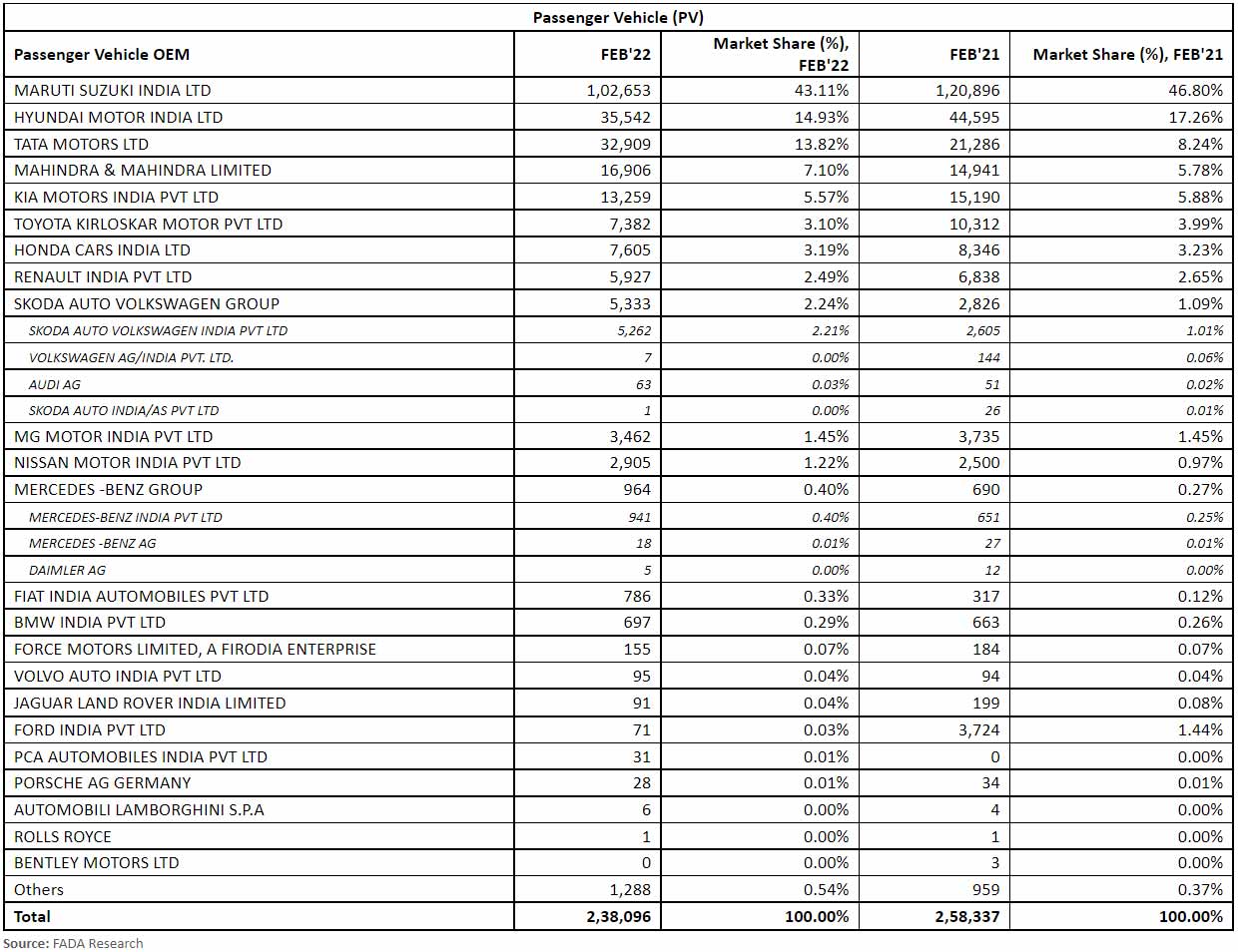