The Federation of Automobile Dealers Associations (FADA) has published March 2022 vehicle retail data, which shows an overall decline of nearly 3% compared with March 2021 data. The Passenger Vehicle segment, in particular, saw a YoY decline of nearly 5% last month. Mahindra & Mahindra continues to retain its 4th place in the PV segment, beating Kia by over 5,200 units.

Indian auto industry during March tried its best to be at par YoY but fell short by -3% and -30% when compared with March 2020 (a month which saw BS4 to BS6 transition). The two-wheeler segment which was already a non-performer due to rural distress saw further dampening due to the rise in vehicle ownership costs coupled with rising fuel costs. I once again urge all two-wheeler OEMs to introduce special schemes to uplift the morale of this segment to boost sales.

The three-wheeler segment was witnessing a shrinkage in market size due to permit issues, educational institutions being closed and work from home phenomenon. With India now completely opening up, the segment is seeing strong double-digit growth when compared with YoY. EVs are now contributing 45%+ market share in this segment. There is also good demand for load vehicles from captive customers. 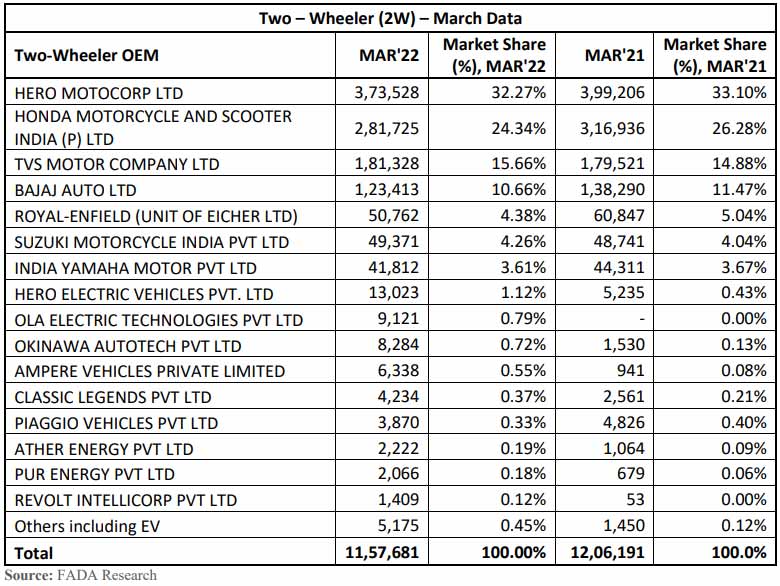 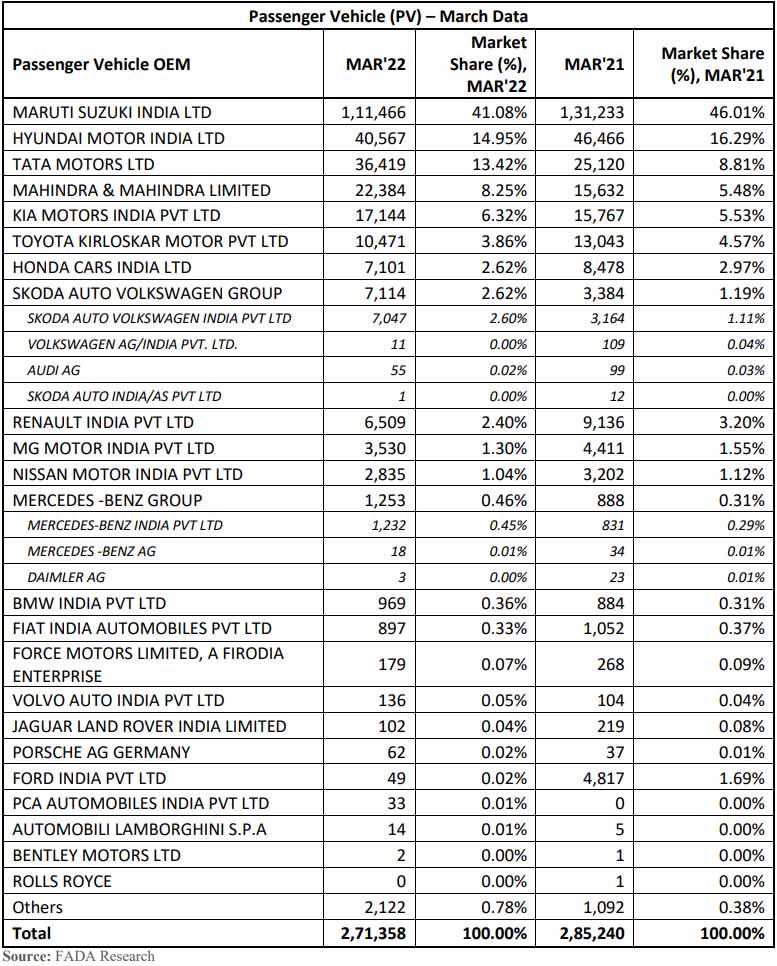 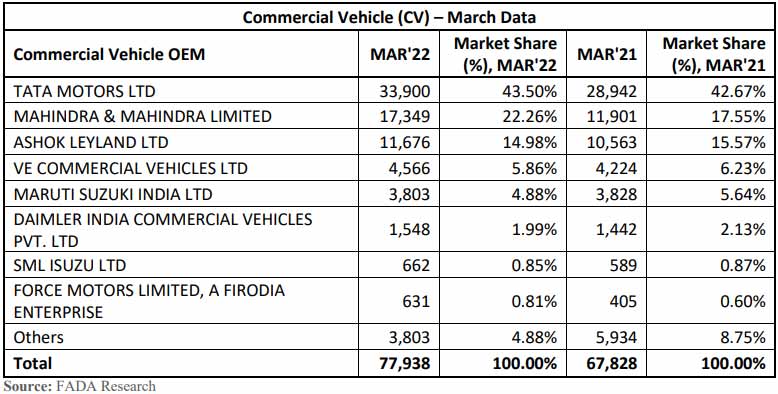 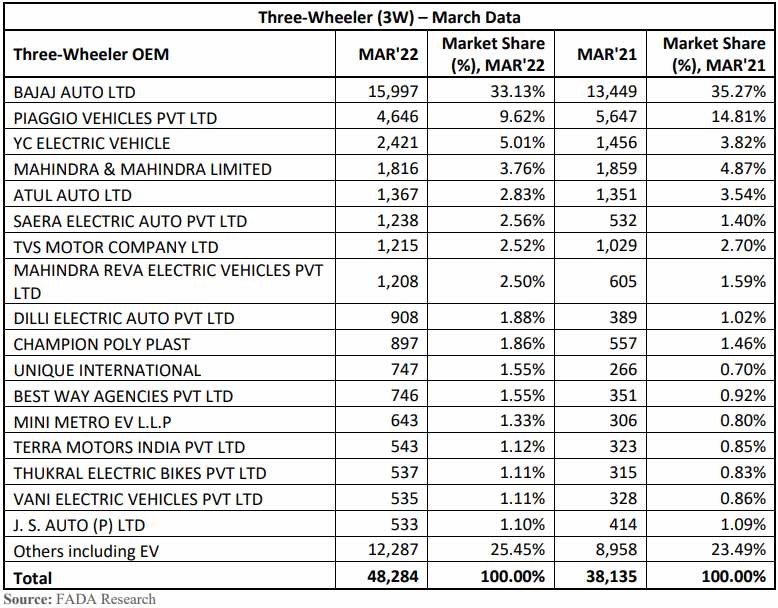 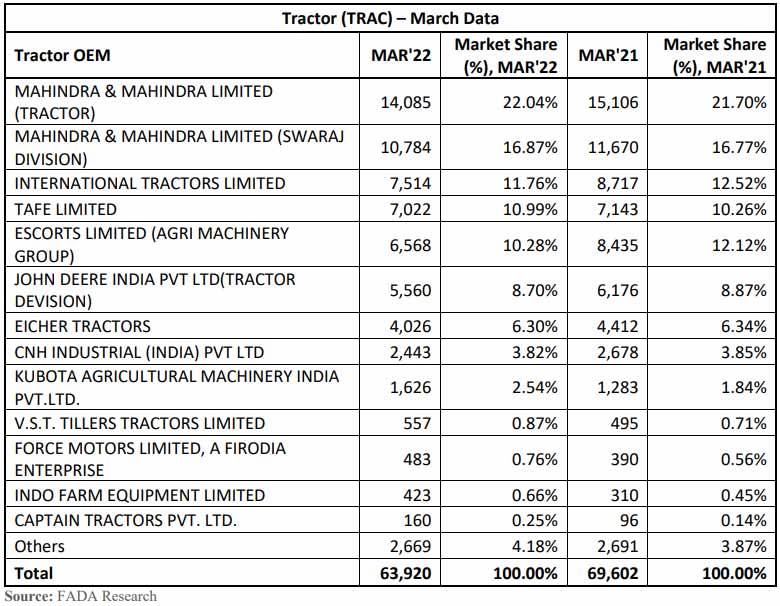