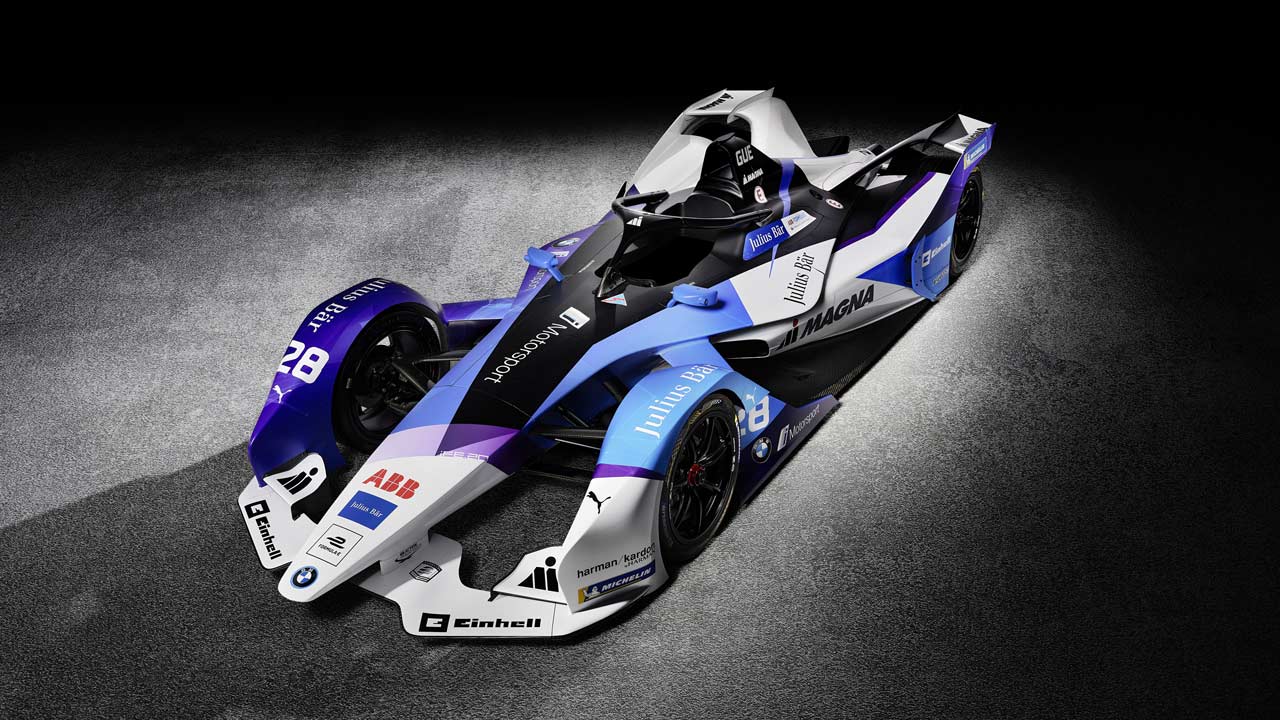 After Porsche, Audi, and Mercedes, BMW has now revealed its contender for the 2019–20 Formula E season that’ll kick-off in Saudi Arabia in November. Representing the BMW i Andretti Motorsport are the drivers Maximilian Günther and Alexander Sims.

As for the iFE.20, the livery looks similar to its predecessor, the iFE.18. That said, the graphics look more abstract and sophisticated compared to the iFE.18, with greater accentuation of color progression from blue to violet. The changes also include the non-reflective, matt black cockpit element. To distinguish the two iFE.20 cars, Sims’ #27 car is slightly more violet, while Günther’s #28 iFE.20 is slightly bluer.

The primary partner for the BMW i Motorsport is Magna, while the other partners include Einhell, Harman Kardon, and Puma.

As for the technology behind the iFE.20, BMW said that the main goal of the modifications was to improve the efficiency of the drivetrain. The same glycol used in the production vehicles is now also used for its water circulation system. The software that calculates energy management strategies was optimized, and the rear-end structure was also reworked.

In addition, the iFE.20 will serve as a tech lab for the development of road cars. The knowledge gained by BMW i Motorsport engineers will flow straight back into the development of future E-drives for BMW production vehicles, the company said. 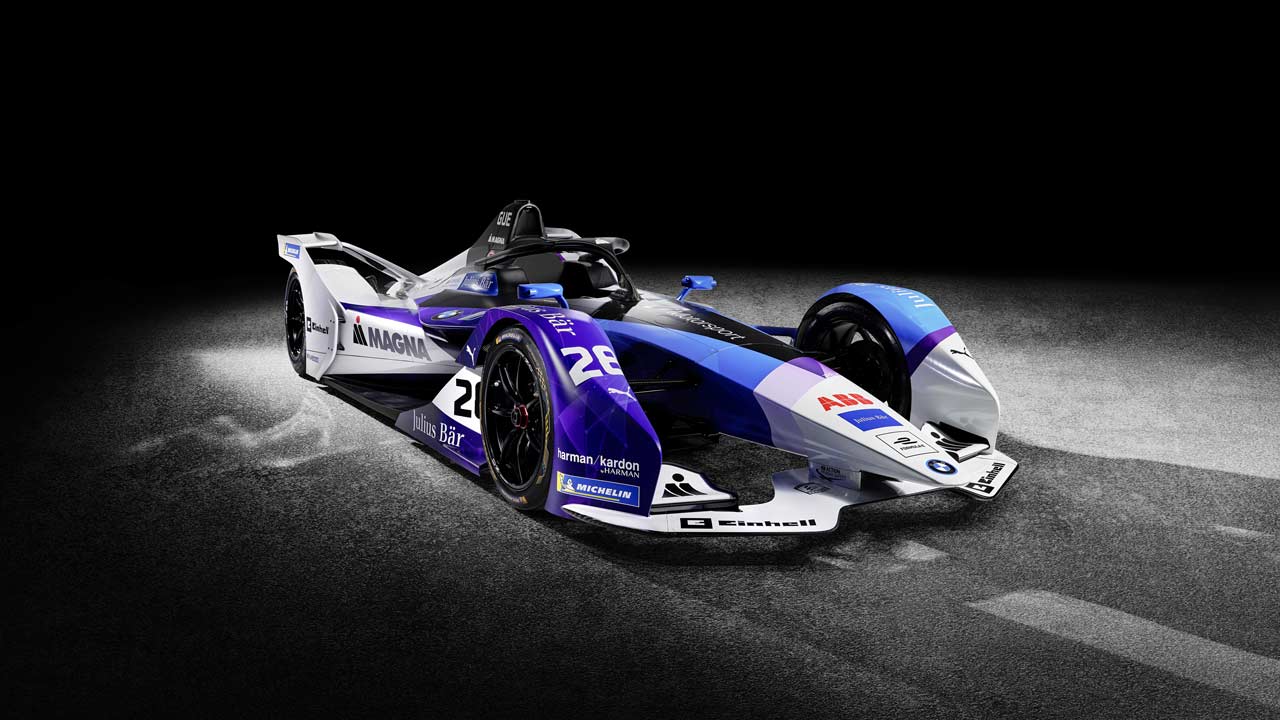 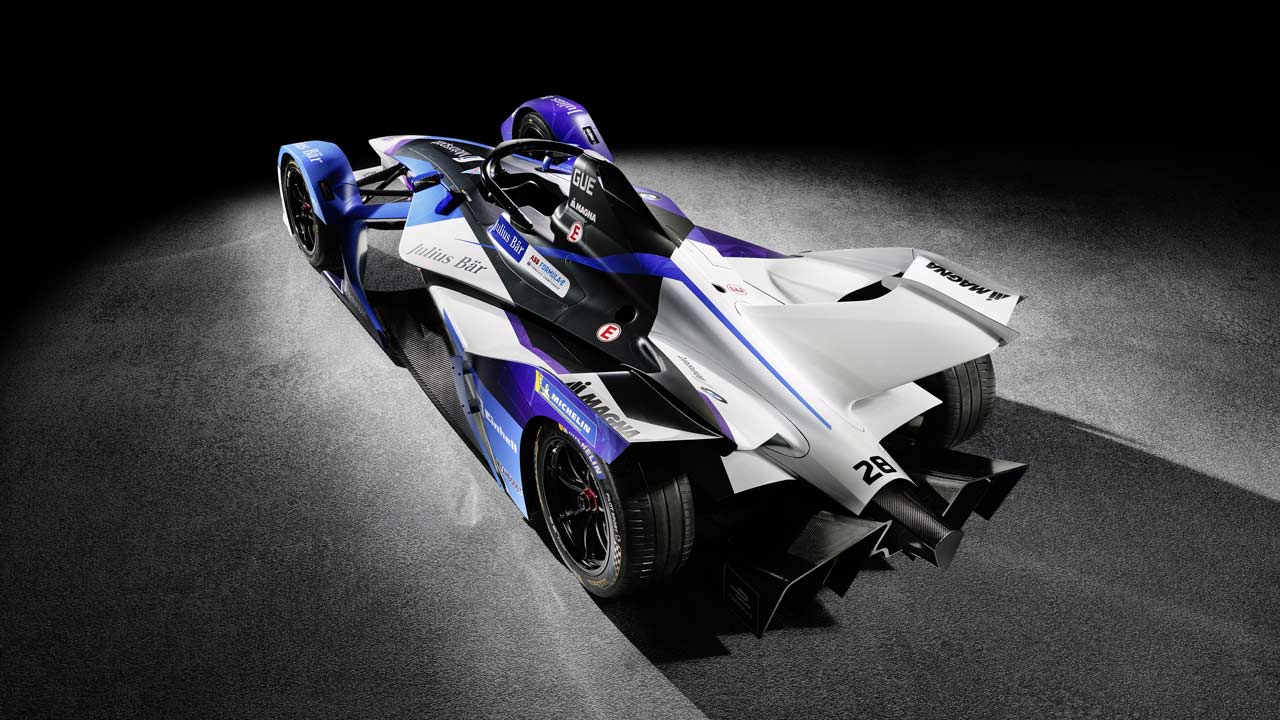 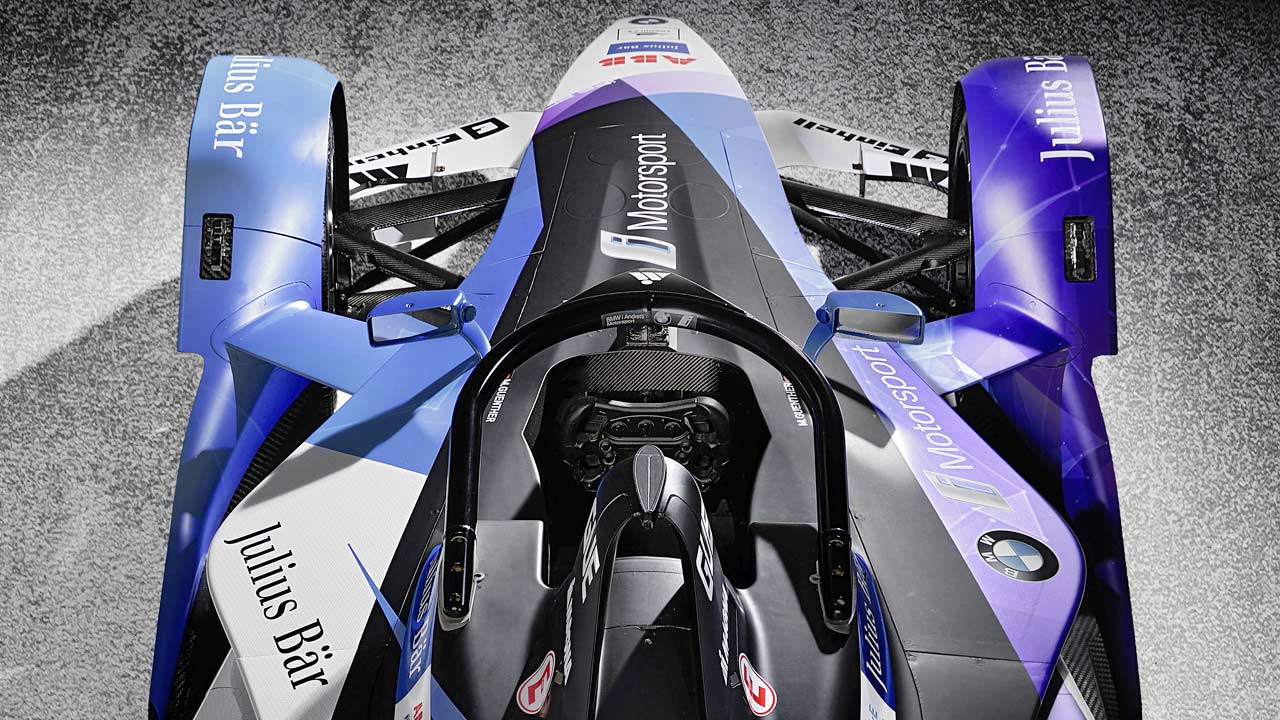 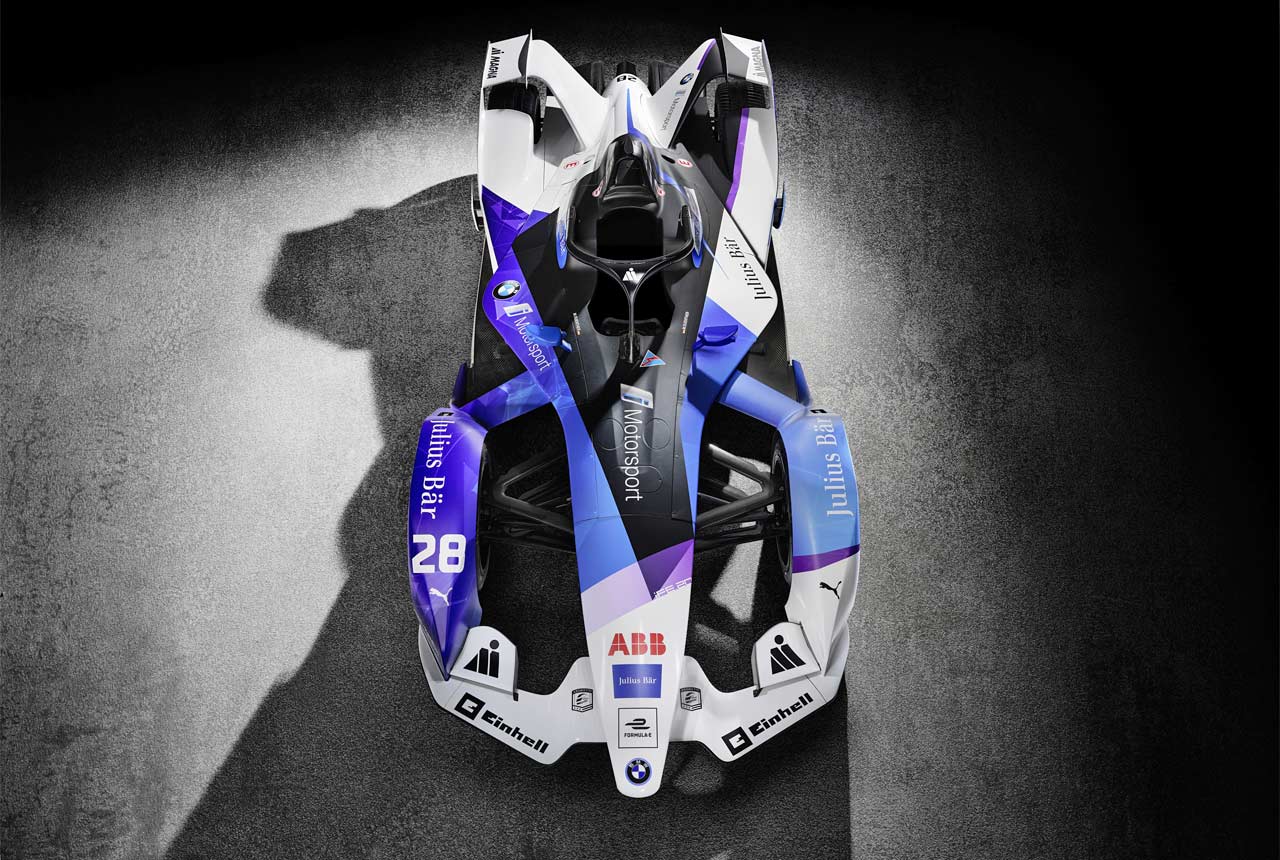 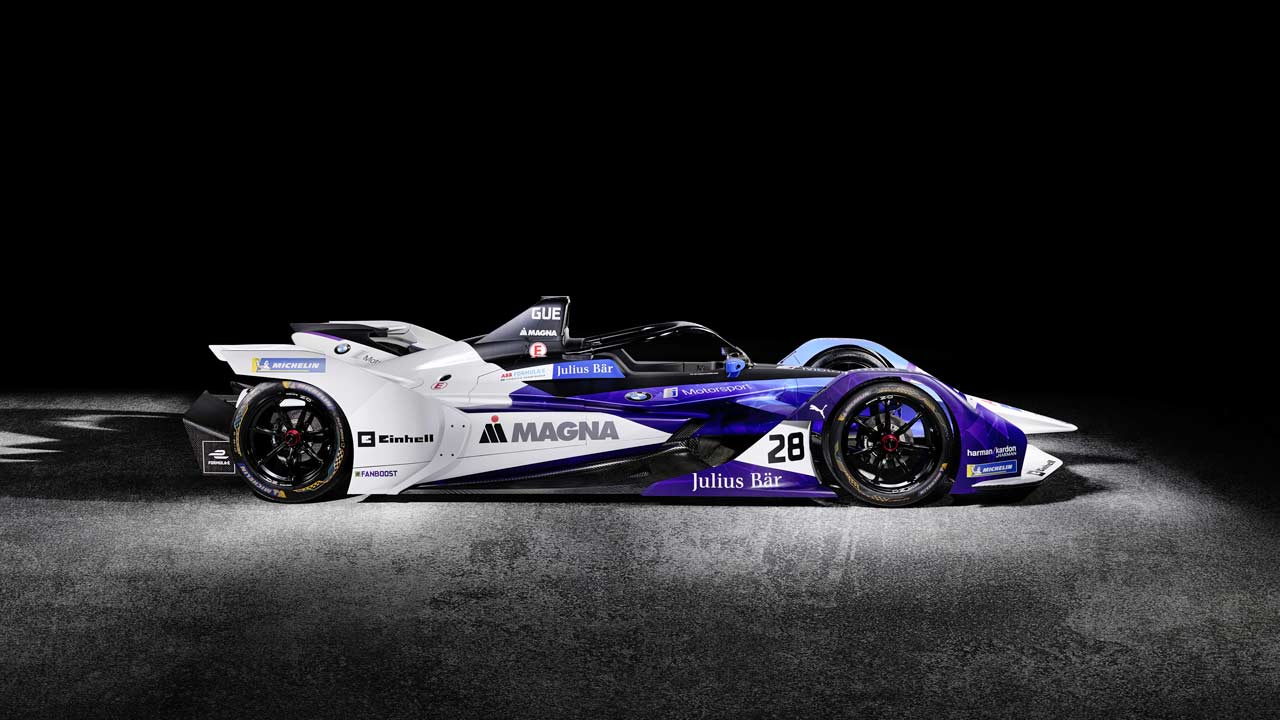 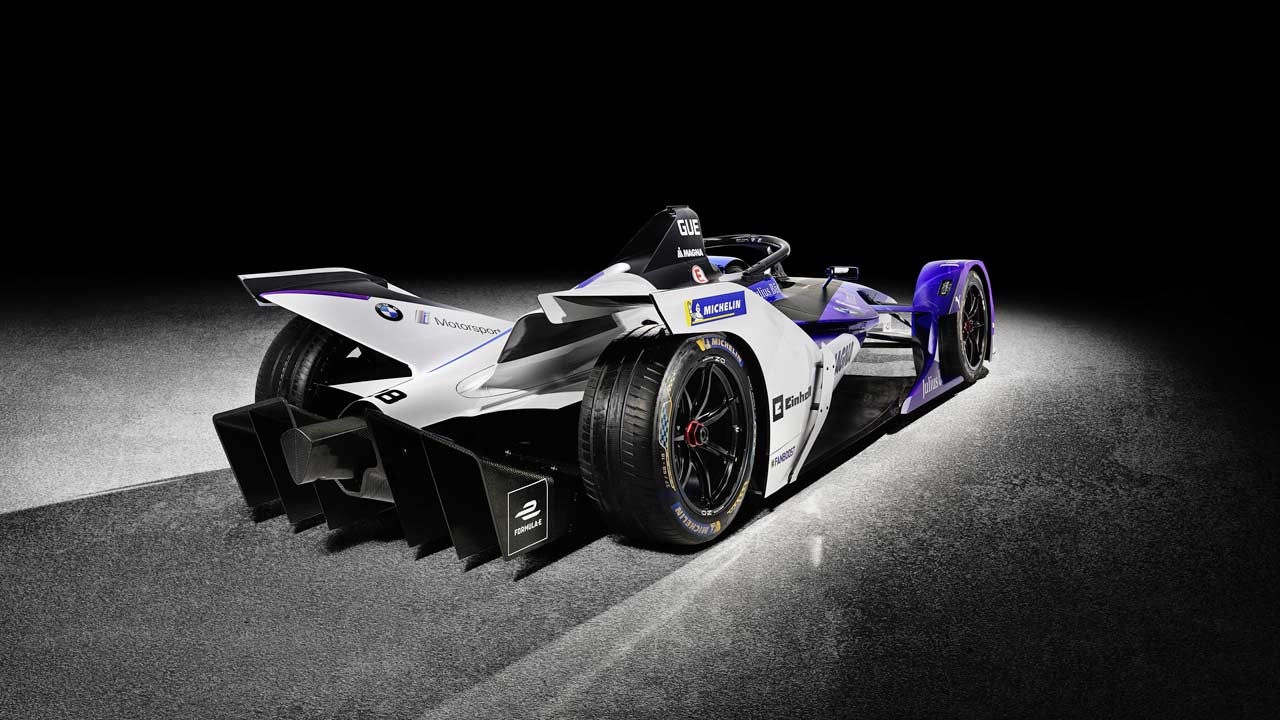