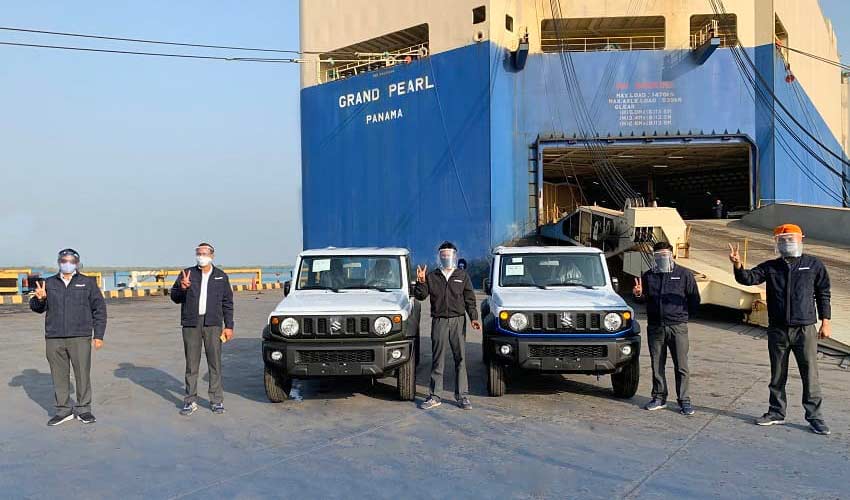 Maruti Suzuki has confirmed that the company is indeed assembling Jimny SUVs at its Gurugram plant for export markets. The first shipment of 184 units left Mundra port (Gujarat) to Latin American markets including Columbia and Peru. The highly-acclaimed off-roader will also be exported to the Middle East and African markets from India.

For those waiting in India, there’s no official word yet on when the SUV will be launched in the country or whether it’ll be launched at all. If the rumors are to be believed, it’ll happen later this year. Either way, the company said the following in an official statement —

As there is a large customer demand worldwide well beyond Suzuki Japan’s capacity for this model, Indian manufacturing will supplement the capacity to meet this global demand.

Jimny manufactured at Maruti Suzuki’s Gurugram plant shares the same specification as the export models produced at the Suzuki Motor Corporation’s Kosai plant in Japan. We are confident with Jimny we will be able to enhance our overall exports. – Kenichi Ayukawa, MD & CEO, Maruti Suzuki India Limited