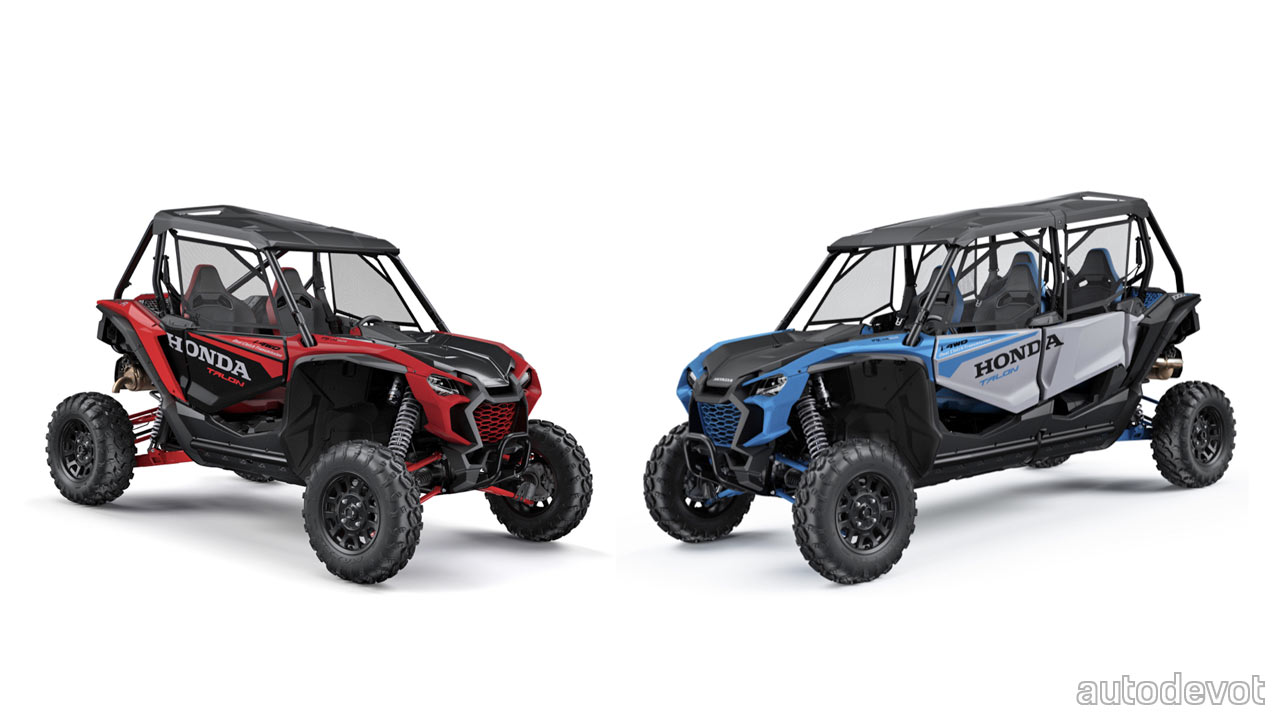 Honda has revealed the 2022 Talon lineup for the U.S. market, with the base MSRP starting at $20,099. The sport side-by-side is offered in two-seat and four-seat versions and in a total of 6 variants:

For those wondering, the ‘FOX’ in the name suggests that the particular variant is getting FOX Live Valve 2.5 shocks front and rear. The system automatically adjusts damping on each wheel independently, reducing bottoming, pitch and roll. The differences between X and R models are dimensions and suspension travel; the R measures slightly bigger with a bit more ground clearance and also boasts additional suspension travel. 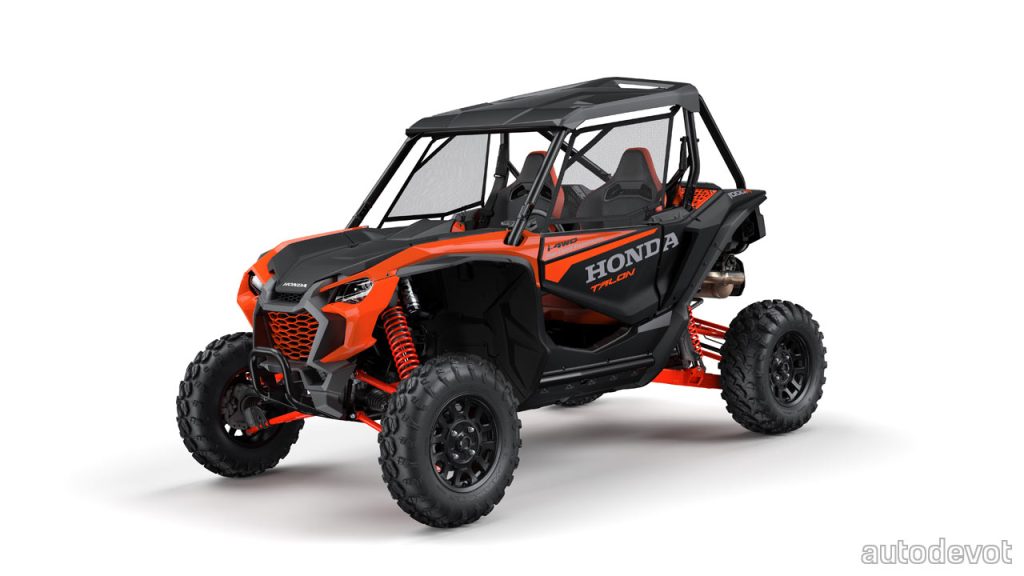 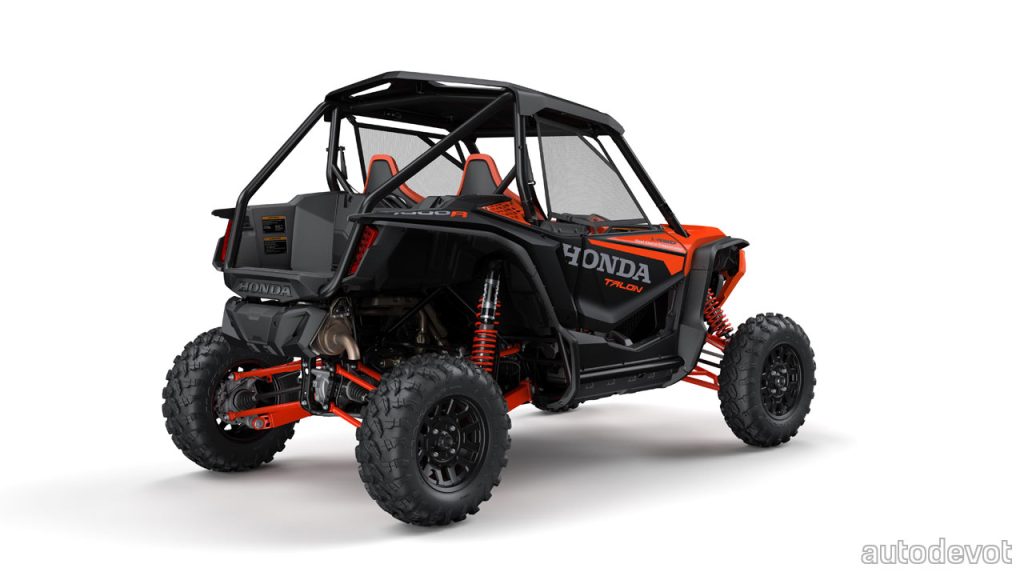 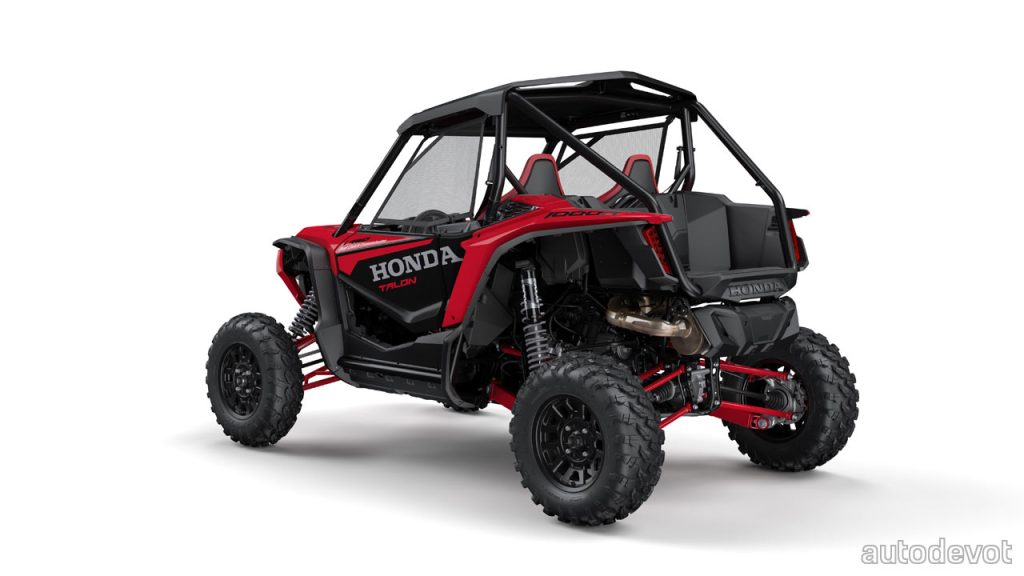 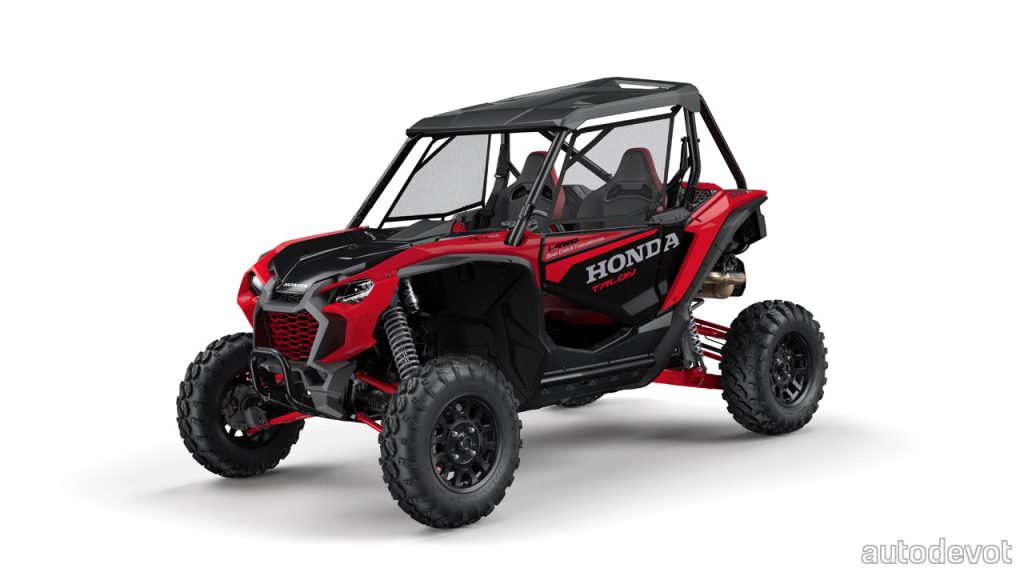 But anyway, what’s new for 2022? Well, Honda has very kindly shared a list: 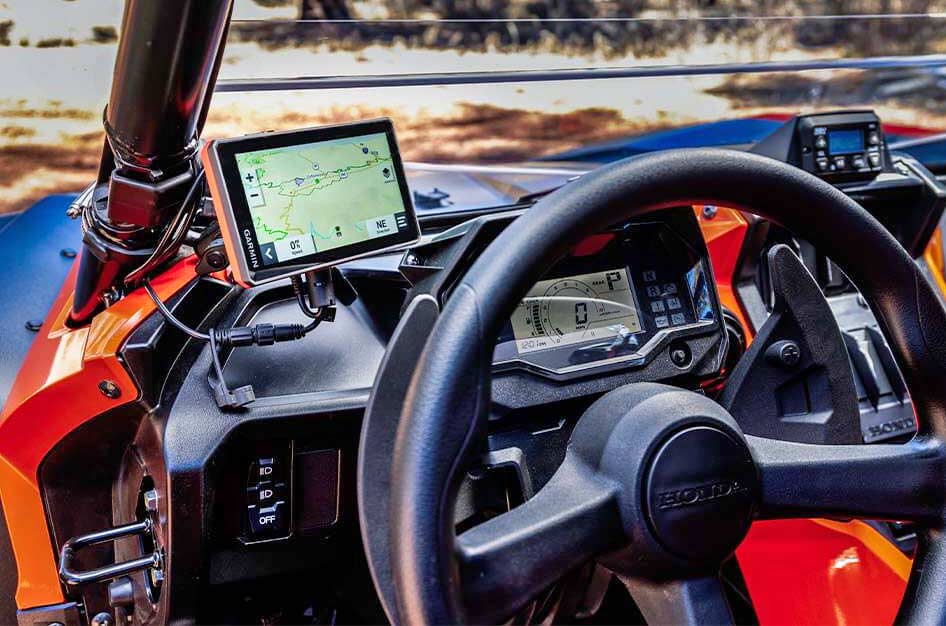 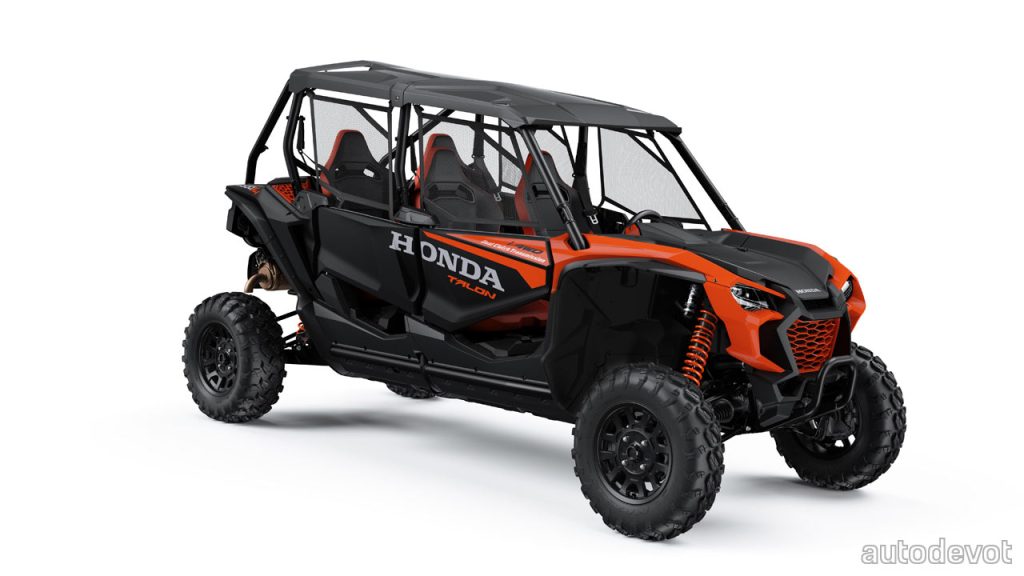 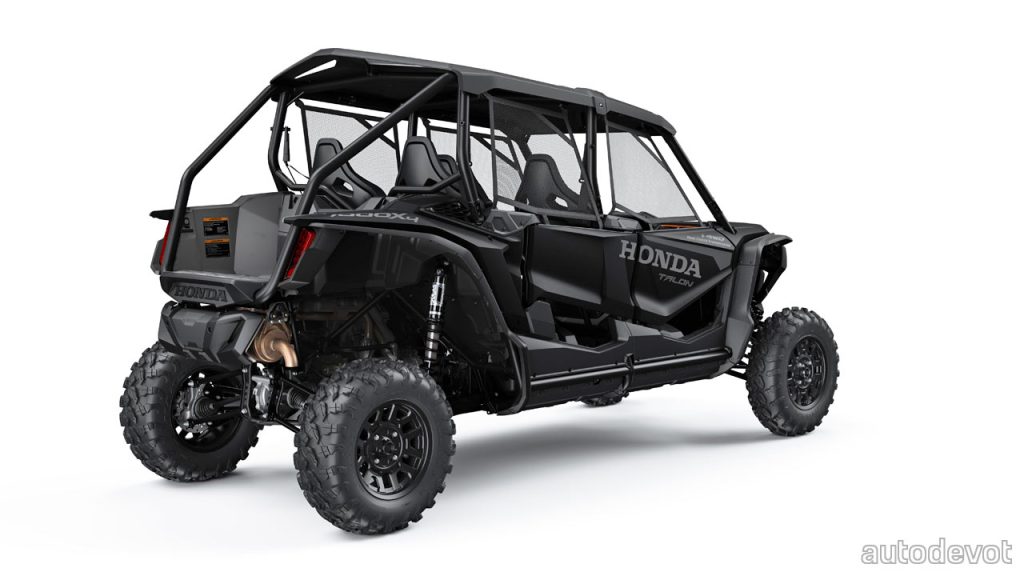 All six Talons are powered by a 999 cc Unicam parallel-twin liquid-cooled engine featuring a 270-degree cross-plane crankshaft. The engine is coupled with a 6-speed dual-clutch automatic transmission. The power and torque figures were never disclosed, but it appears to be the same powertrain that powered the older Africa Twin, which means, there’s about 65.5 kW (89 metric hp) and 93 Nm (69 lb-ft) of torque.