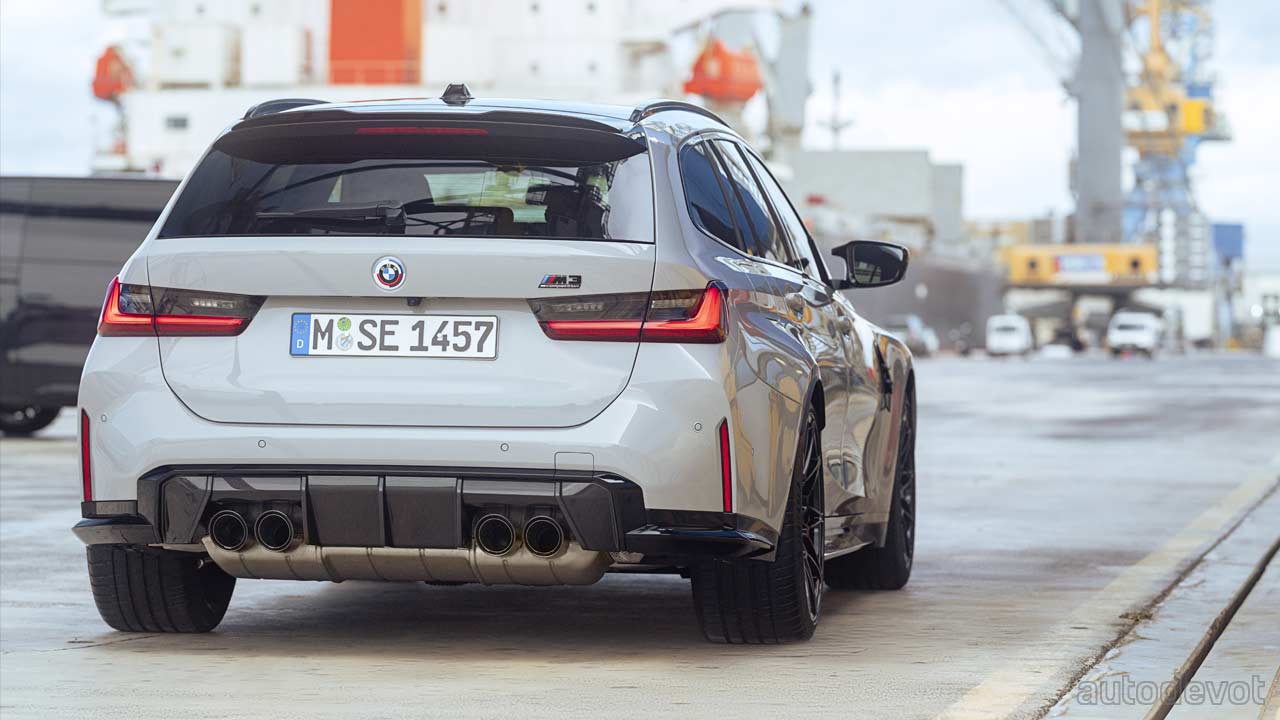 And it has reportedly set a Nürburgring time of 7:35.06

The Audi RS 4 Avant now has a worthy contender in the form of the first-ever BMW M3 Touring. That’s right, for the first time ever, the M3 is getting an estate sibling, with order books in Europe opening in September 2022 and production commencing in November 2022 in Munich. The M3 Touring is marking its attendance at the 2022 Goodwood Festival of Speed.

Is the wagon coming to America? Well, BMW didn’t say anything on that (yet), but it is highly unlikely; that said, since this is a “first-ever” model, BMW might change its mind later, so maybe wait and see. 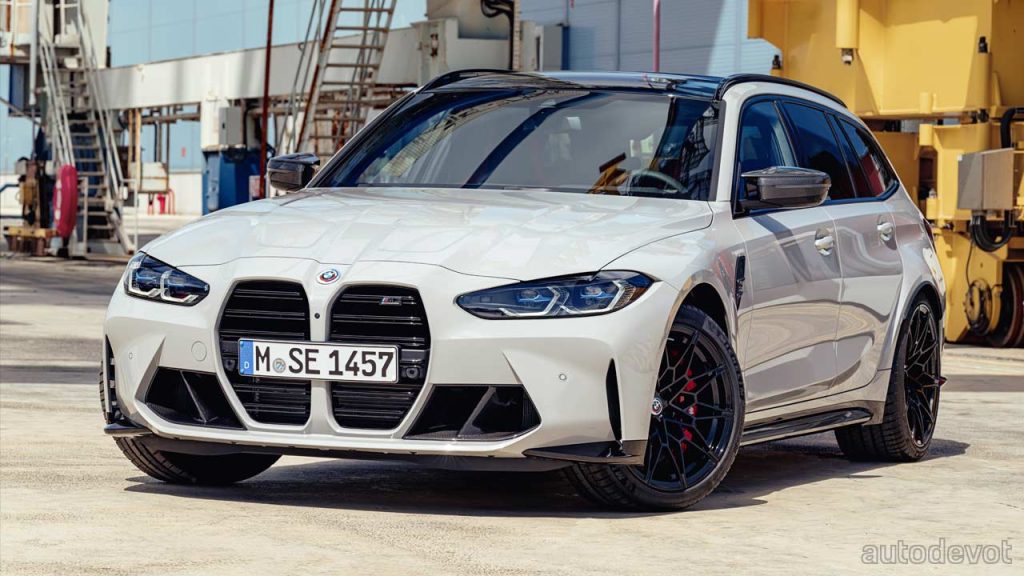 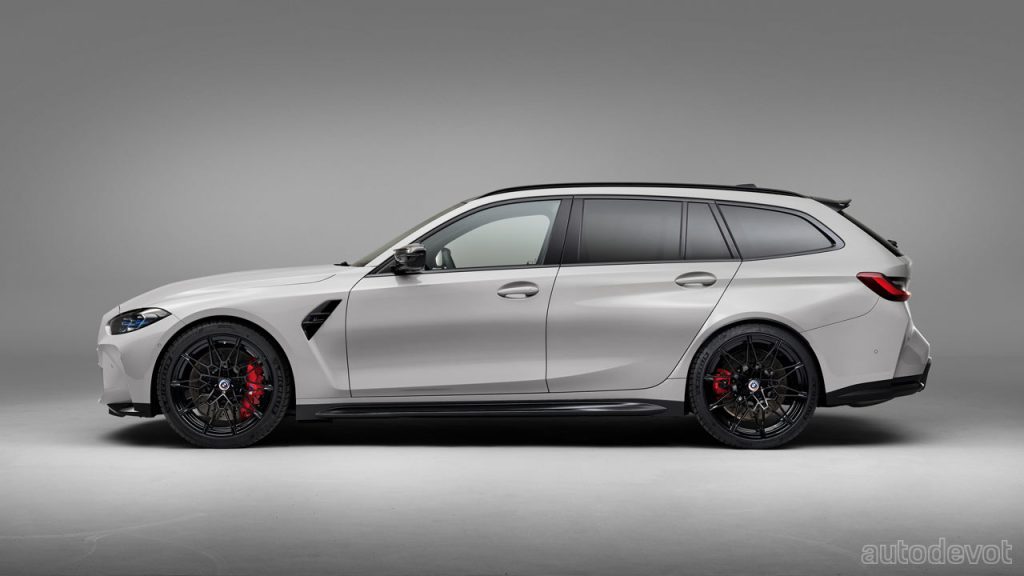 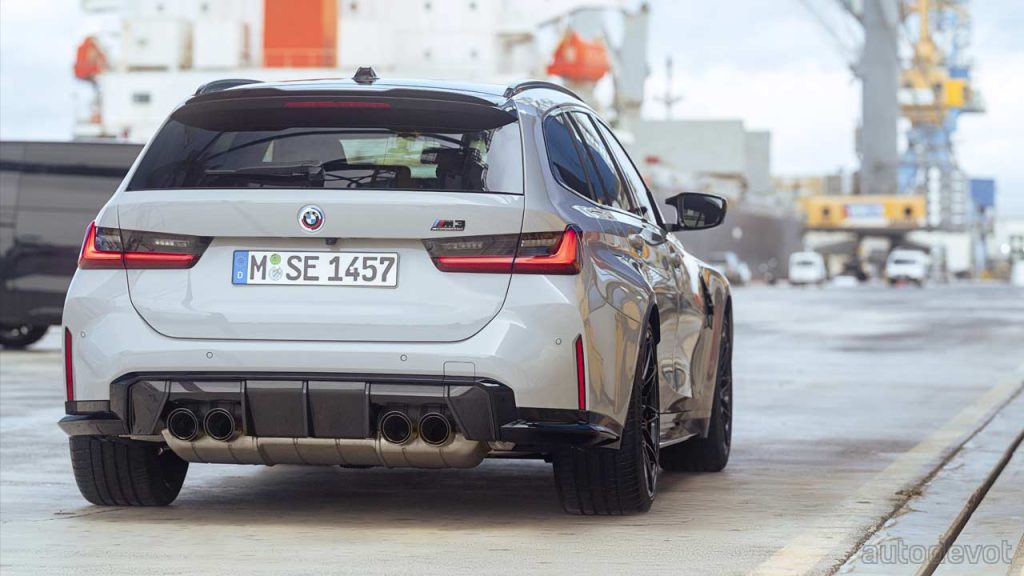 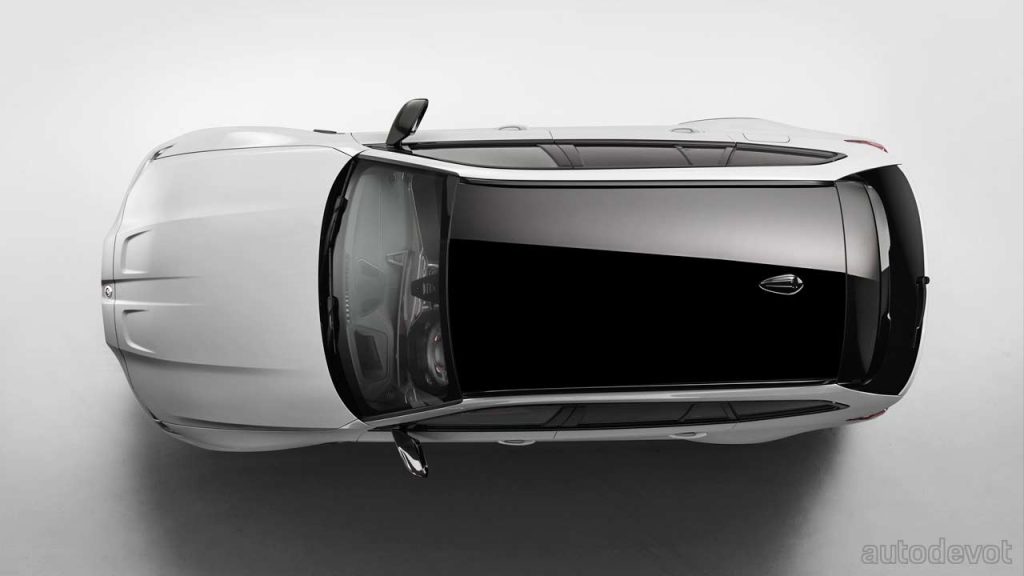 There’s not gonna be any change in dimensions compared with the M3 sedan, obviously, but the estate is slightly taller at 1,436 mm (+3 mm), but again, the height can vary depending on the tyre you use. Forged M light-alloy wheels come standard, measuring 19-inch at the front and 20-inch at the rear. M Carbon ceramic brakes can be ordered as an alternative to the standard M Compound braking system. But of course, Adaptive M suspension with electronically controlled shock absorbers and M Servotronic steering with a variable ratio come standard on the M3 Touring. 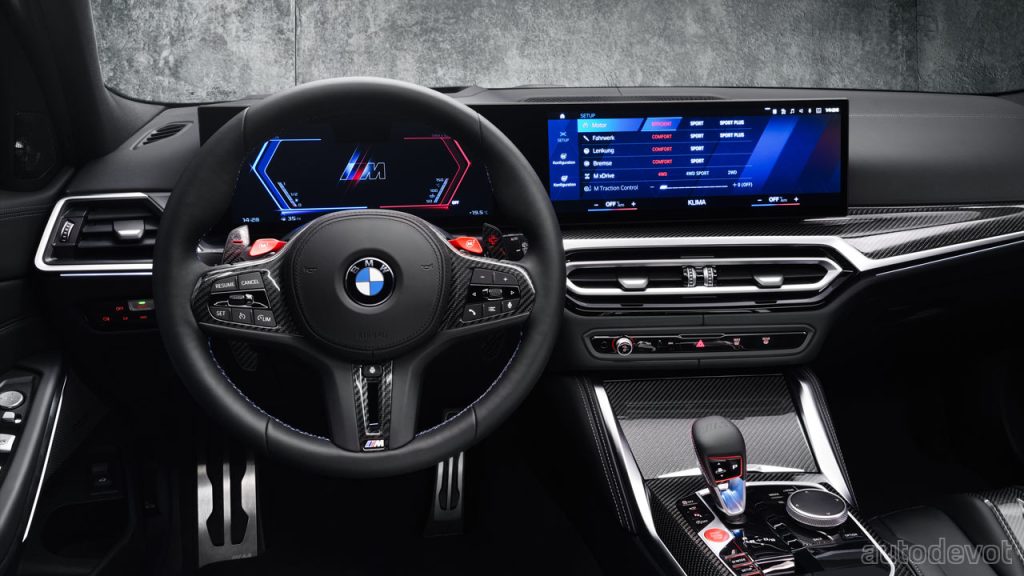 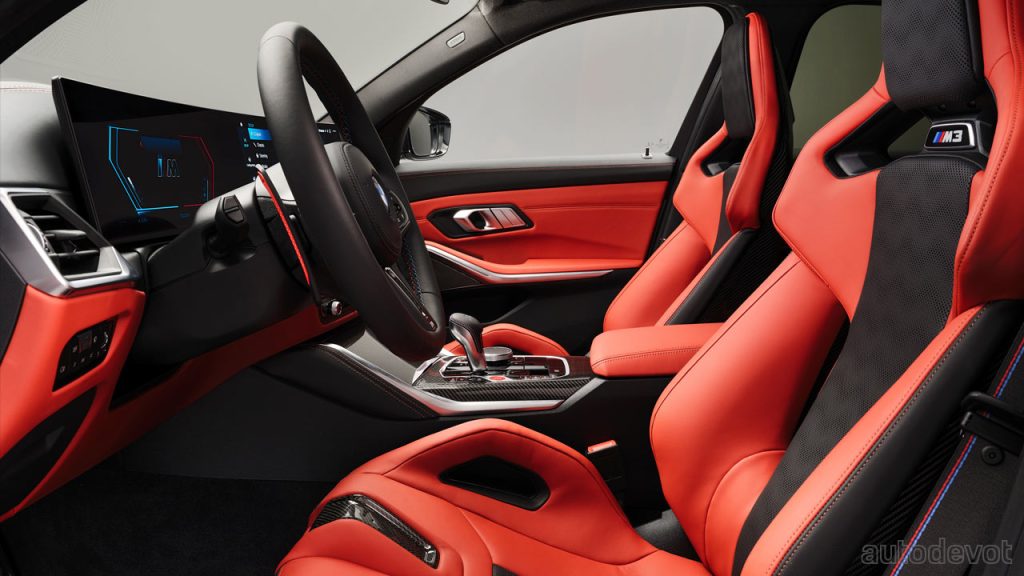 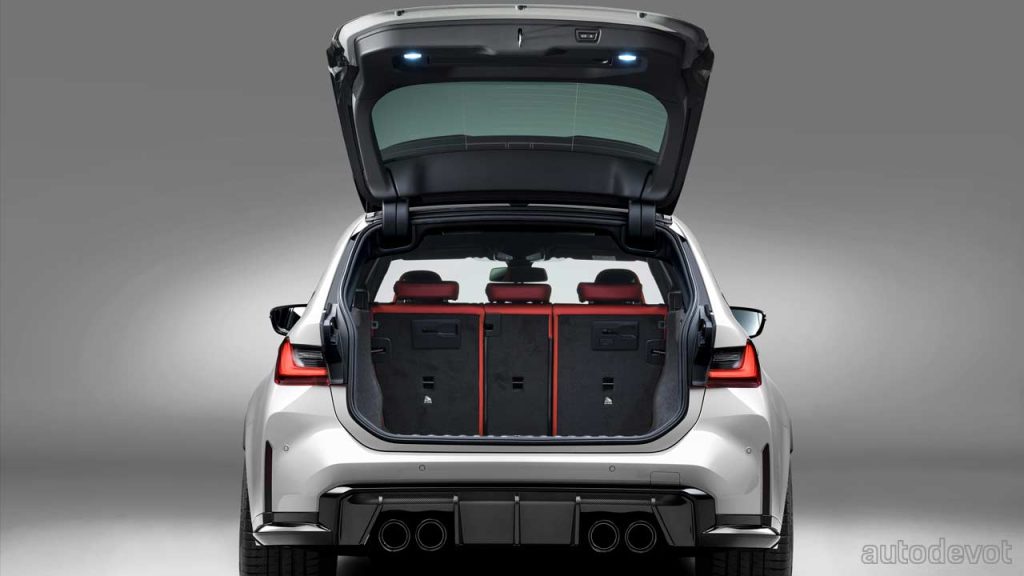 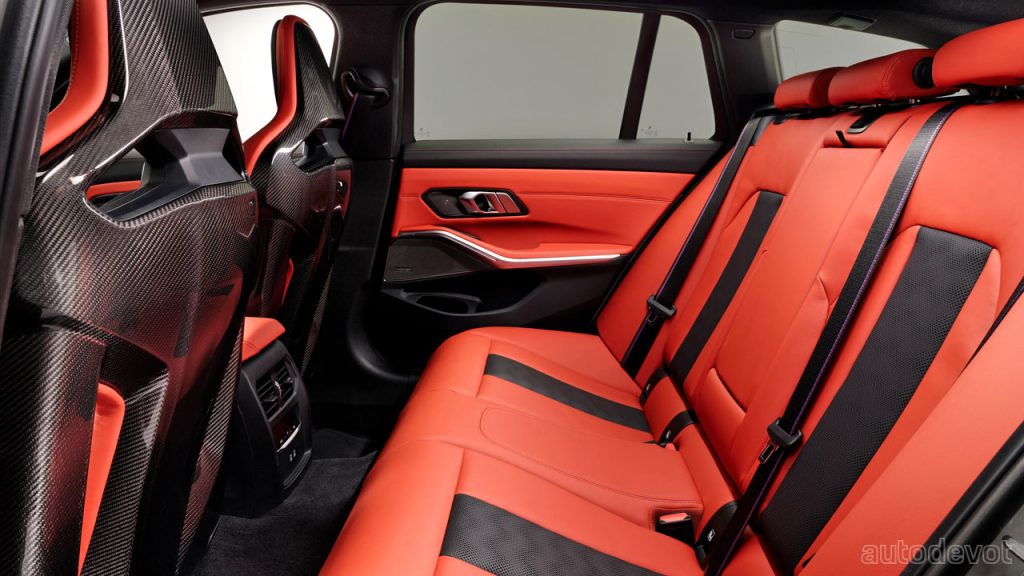 Inside, you’ll notice that the dashboard design is different compared with that of the current M3 sedan, which could mean that the sedan might also get this new dashboard later in the year. The curved panel comprises a 12.3-inch driver display and a much larger 14.9-inch central touchscreen. Electrically adjustable M Sport seats with memory function and seat heating come standard, while there’s an option to go for the M Carbon bucket seats for the driver and front passenger, which are claimed to shave off 9.6 kg (21.2 lbs) over the standard M Sport seats. The rear-seat backrest can be split 40:20:40, which allows the luggage capacity to be expanded from 500 litres to a maximum of 1,510 litres. The hatch’s window can be opened separately, which is a neat feature, and automatic tailgate operation comes standard as well. A head-up display with M-specific content is offered as an option. 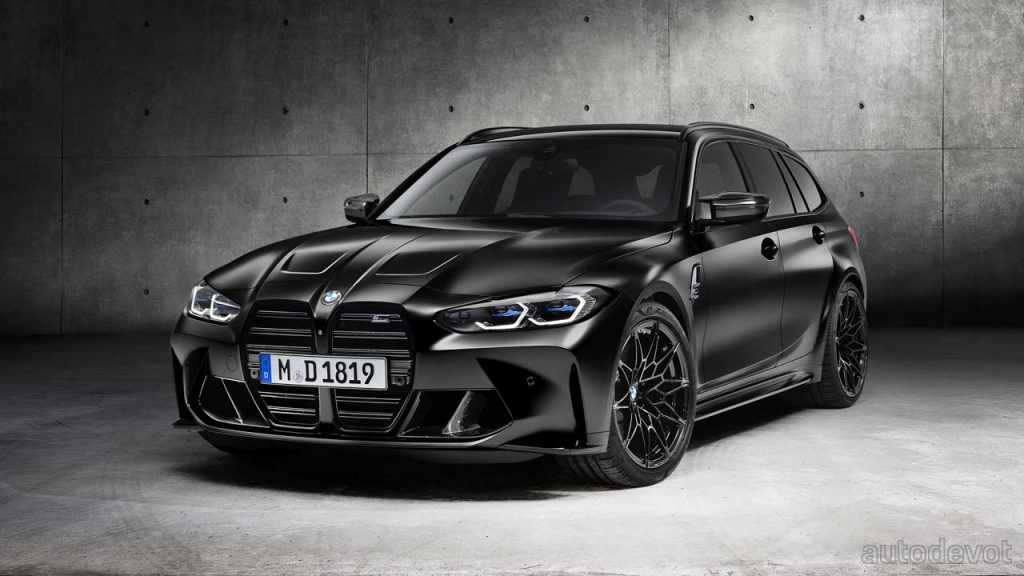 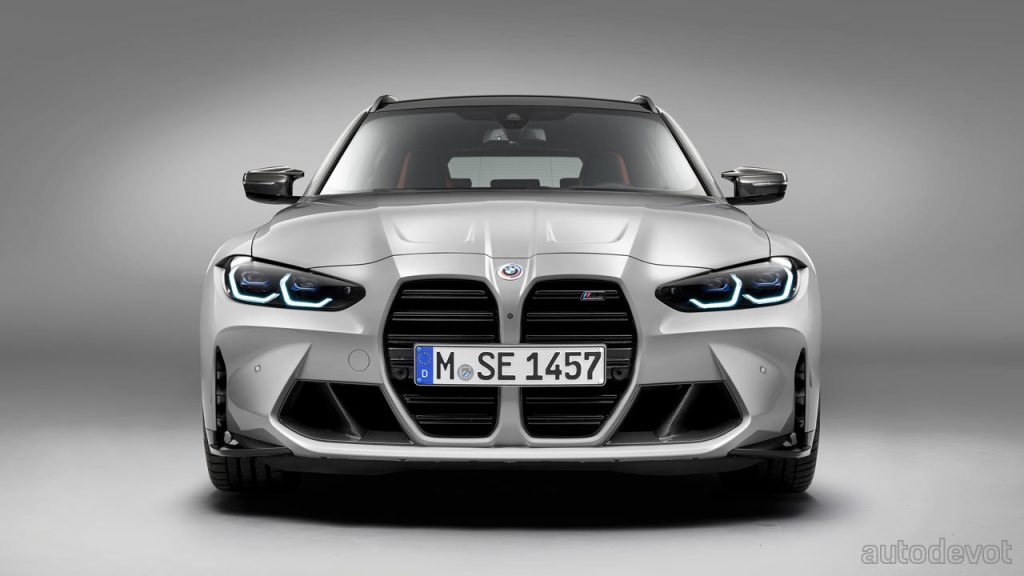 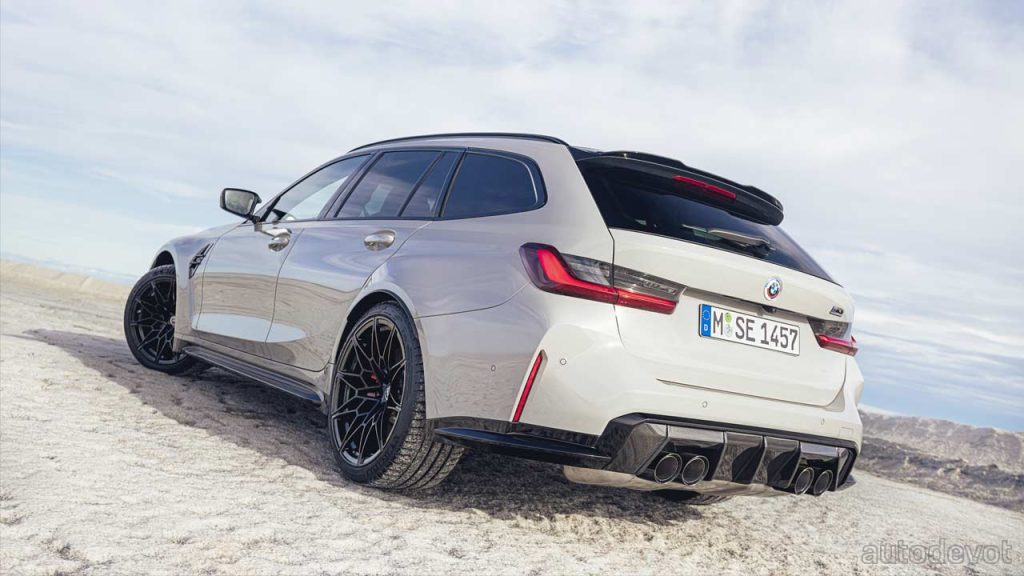 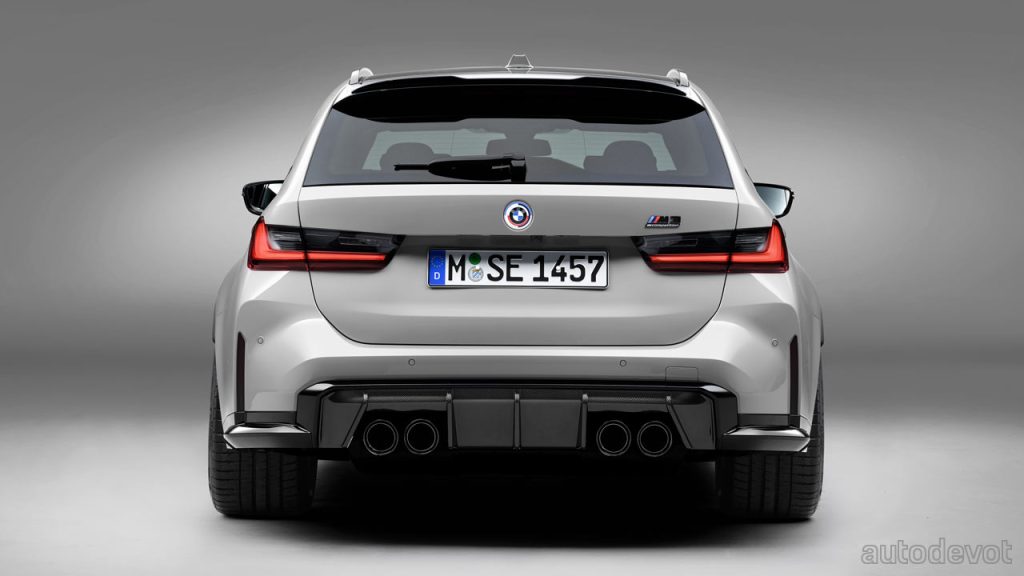 Moving on to the business end of the story, there is not gonna be any changes in the powertrain, not that it should be. The M3 Touring packs the same 3.0-litre (2,993 cc) straight-six twin-turbo petrol engine with 375 kW (510 metric hp) at 6250 rpm and 650 Nm (479 lb-ft) of torque between 2750 and 5500 rpm; the numbers are the same as in the M3 Competition sedan. The engine is coupled with an 8-speed M Steptronic transmission and M xDrive all-wheel-drive system; the latter teams up with the Active M Differential at the rear axle.