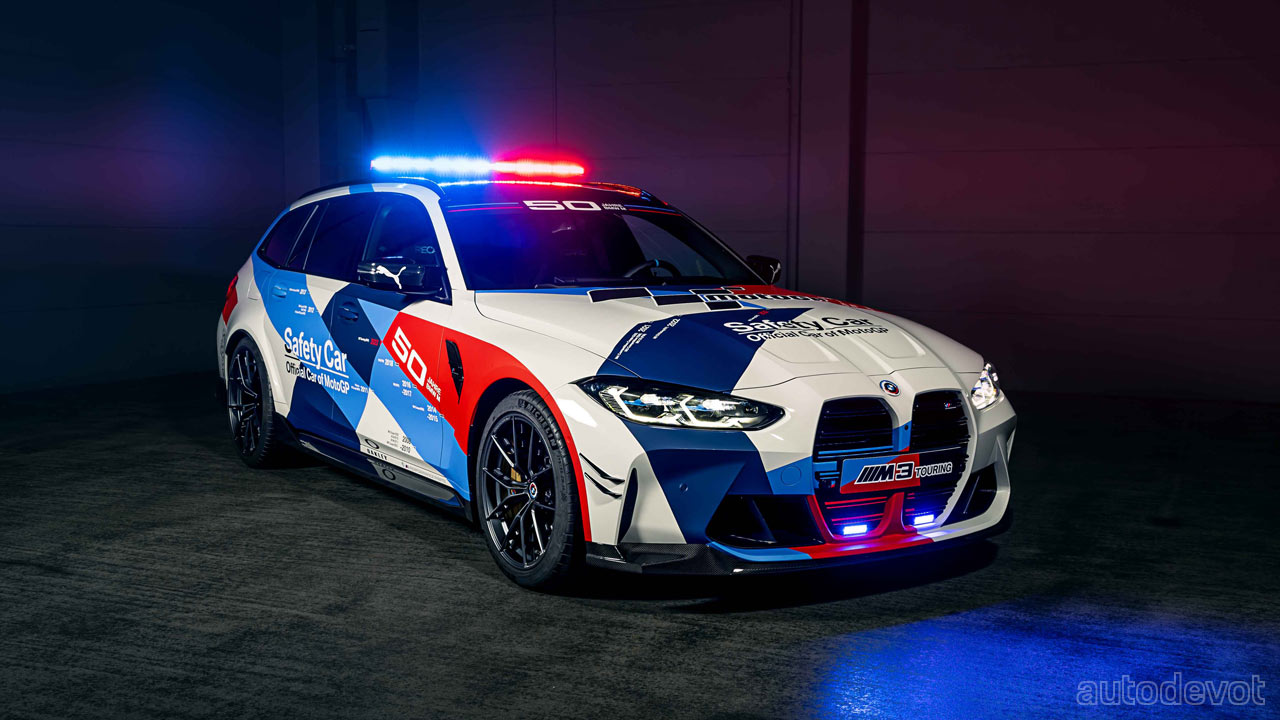 Along with the first-ever BMW M3 Touring, the M division is showcasing the M3 Touring MotoGP Safety Car as well at this year’s Goodwood Festival of Speed in the UK. The safety car will also make its first race appearance in early August at the British Grand Prix at Silverstone Circuit. 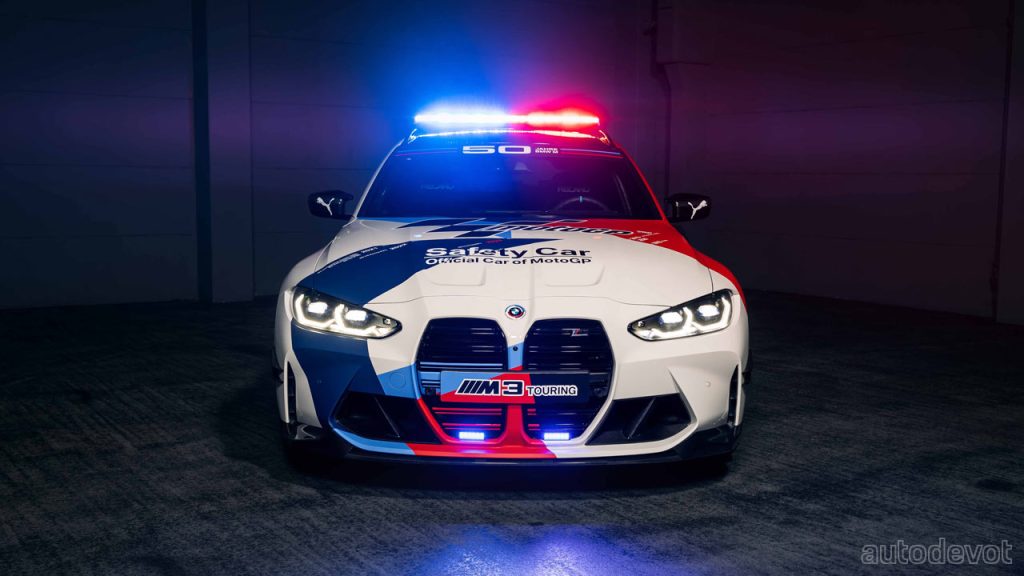 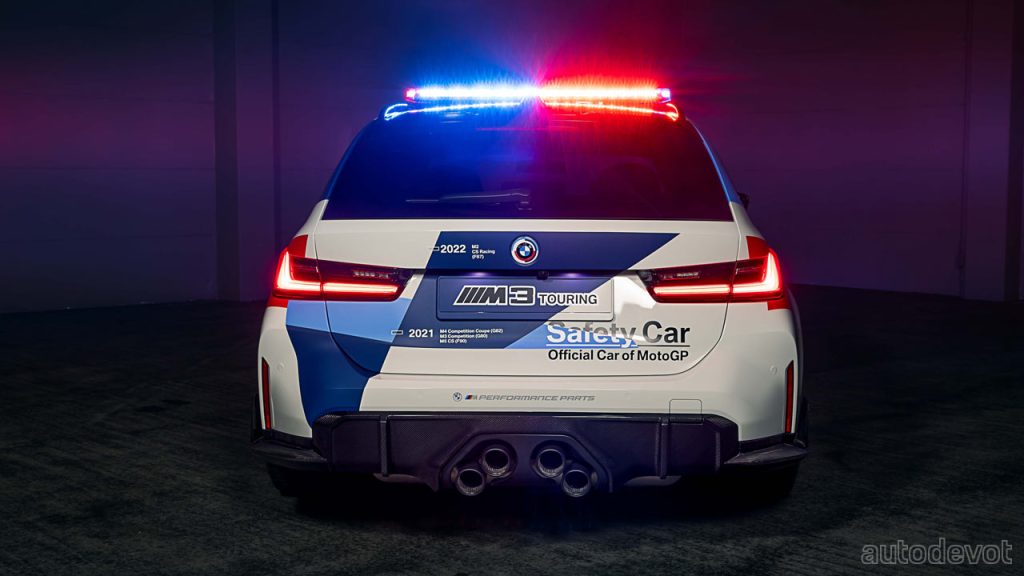 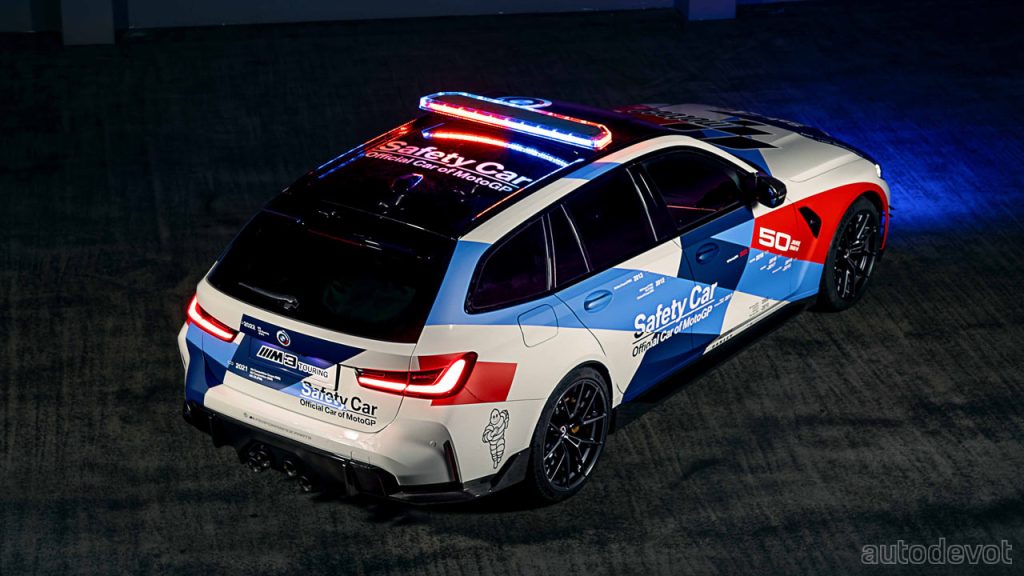 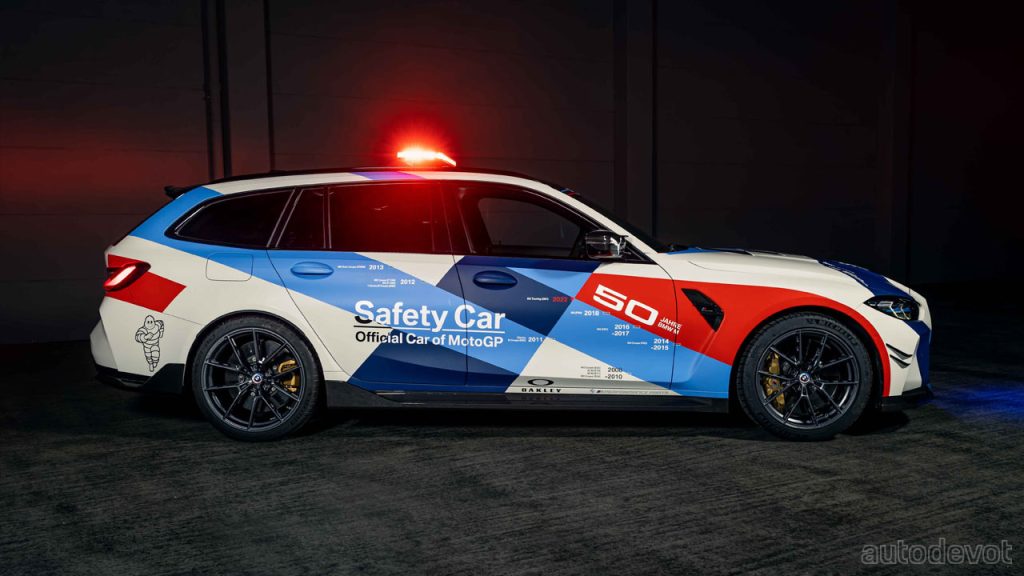 The M3 Touring MotoGP Safety Car is sporting a special 50 Years of BMW M livery, with retro-themed BMW badges we saw in the latest M models such as the M3 Edition 50 Jahre BMW M, M4 CSL and its track-only sibling M4 GT4 as well. Besides a generous application of M Performance Parts, some of the other key highlights of the safety car include Recaro race seats, 4-point harness, safety cross beam, roof lights, front flashlights, emergency disconnector and a fuel extraction system.

Mechanically, there are not going to be any changes, since the safety car is based on the road-going M3 Competition Touring M xDrive variant. Which means, there’s a 375 kW (510 metric hp) 3.0-litre (2,993 cc) straight-six twin-turbo petrol engine under the hood.