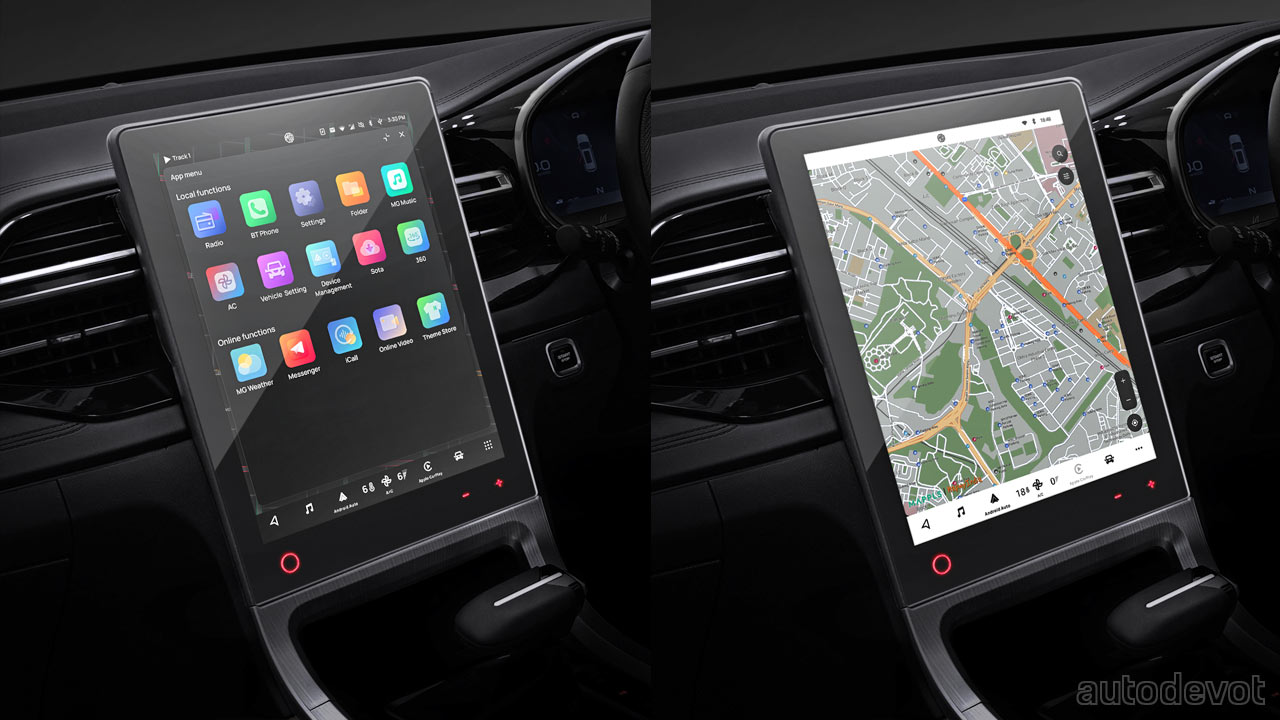 MG Motor India is getting ready to launch the Hector facelift later this year, and the company is using the same strategy it used to launch the original Hector over 3 years ago. If you remember, the Hector was billed as “India’s first internet car” with a 10.4-inch portrait-style HD touchscreen with voice command functions. Now, it’s time to go even bigger, because apparently, distraction is just an illusion.

But anyway, as mentioned in the title, it’s gonna be a 14-inch portrait-style HD touchscreen this time around, which is claimed to be India’s largest of its kind. Yes, the bezels are fat, but you also gotta keep the pricing in check. I guess navigating to an unfamiliar location in the city is where this large screen becomes very useful. Either way, you’ll have to wait for a couple more months to check out the full product.