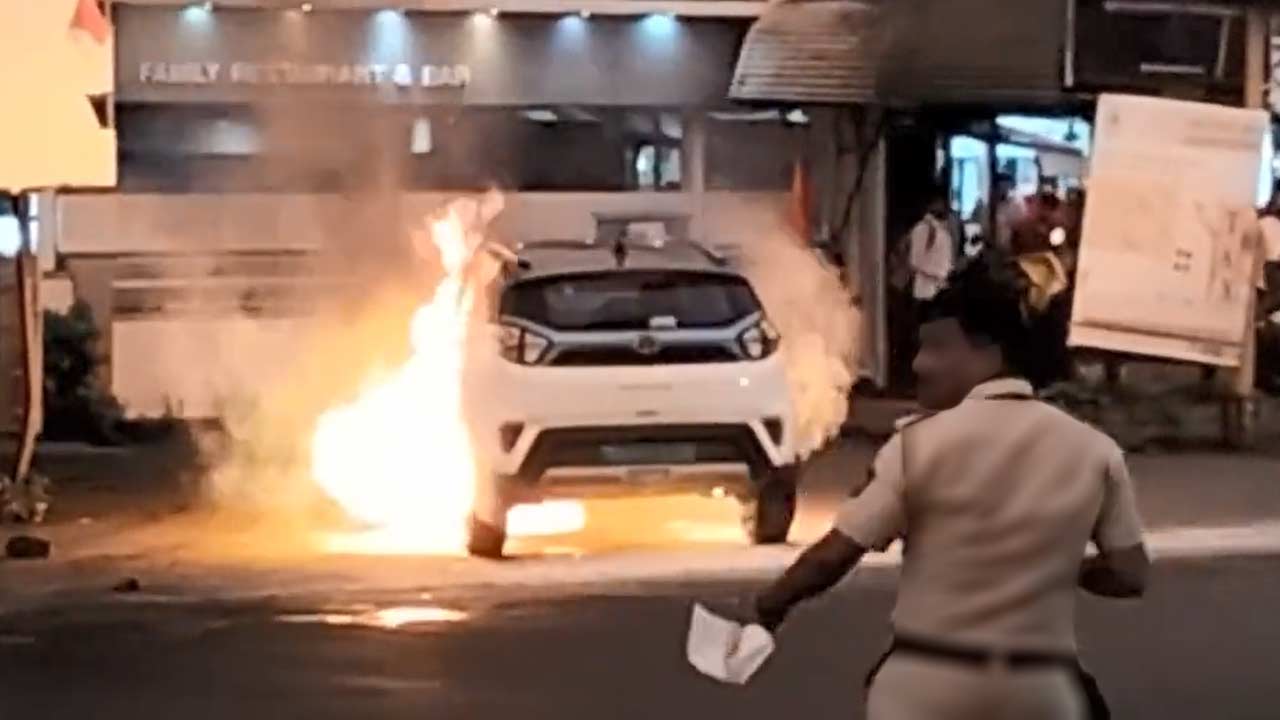 A parked Tata Nexon EV in Mumbai’s Vasai West area allegedly caught fire yesterday evening, but fortunately, no one got injured in the incident and firefighters were able to douse the raging flames. Tata Motors has been notified of the incident and the company released a statement on social media saying that it has launched a detailed investigation to ascertain the facts of the incident.

A detailed investigation is currently being conducted to ascertain the facts of the recent isolated thermal incident that is doing the rounds on social media. We will share a detailed response after our complete investigation. (1/2)

Tata Motors uses the term “isolated” in its statement, and that’s because this is probably the only known incident of a Nexon EV catching fire in the country. The Nexon EV was launched in January 2020 as an all-electric version of the ICE-powered Nexon, thanks to the sales success of the latter. And the sales success of Nexon is all thanks to a 5-star crash test rating from Global NCAP.

The fire has been doused. pic.twitter.com/TZXgOkJvSN

Another advantage for the Nexon EV is that it is the only electric SUV available in its price segment. The MG ZS EV and the Kona Electric cost significantly higher. Not too long ago, Tata Motors launched a long-range version called the Nexon EV MAX. In the above incident, the fire appears to have originated from the underbody, suggesting faulty cells in the battery pack. A problem with the battery pack’s cooling system may also result in the pack catching fire, but let’s wait for the investigation results.